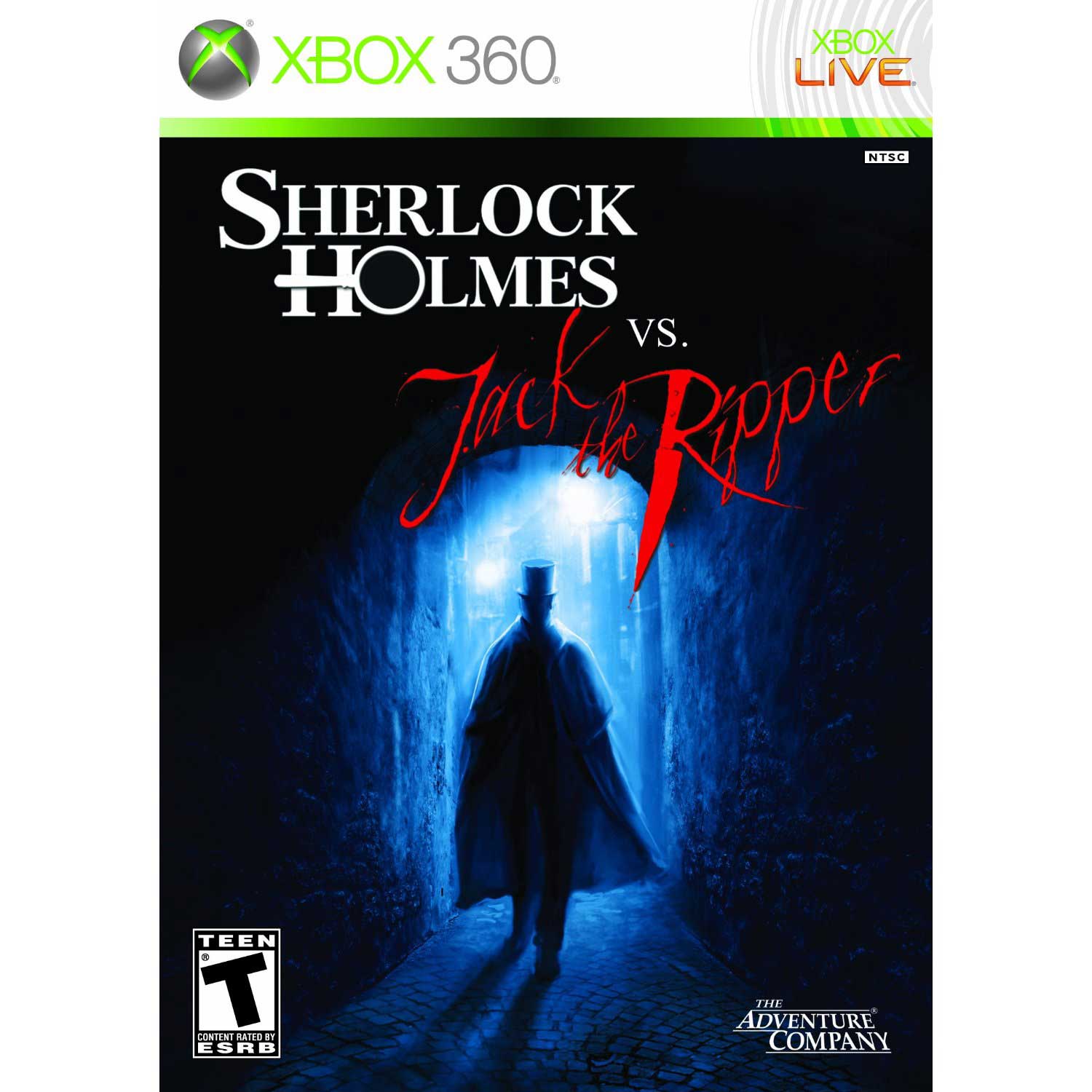 Of all the famous literary characters popular in the English language, I doubt any will ever appeal to me more than Sherlock Holmes. While there’s no shortage of expertly designed personalities inhabiting novels and short stories, the Baker Street Detective has always managed to stand out. He’s far from being the first literary detective, but his unique nature and utter brilliance in solving near-impossible crimes create stories so fantastical that they can’t possibly be true, yet so logical that they can’t be fiction.

It’s this blend of mysterious circumstances and Holmes’ near-clairvoyance that create the suspense and “whodunit” moments that make Arthur Conan Doyle’s stories so engaging, and also what carries this game through its dullest moments. Because, despite all of the problems I’m about to go into, there wasn’t a single moment where I wasn’t enraptured by The Great Detective’s case against one of history’s most notorious serial killers.

For those of you not familiar with legendary English criminals (shame on you), the man dubbed “Jack the Ripper” by journalists brutally murdered five female prostitutes near Whitechapel within a three month period during the year of 1888. The Whitechapel district was a very poor area at the time, so violence and prostitution weren’t necessarily uncommon problems, but this was a very disturbing occurrence. These women weren’t simply killed, they were mutilated. Coldly and methodically, these women were slaughtered —strangled, disemboweled, and then left to lie in the street—whoever responsible was a monster.

But history has had plenty of monsters, many of them coming from Europe. No, what makes this case unique is that the man was never caught. Paranoia and suspicion raged through Whitechapel as the police were incapable of finding any substantial evidence and news outlets played on the people’s fears. Accusations were made, citizens and foreigners alike were arrested, but the Whitechapel killer was never discovered.

This is the destitute, fear-stricken district of London that the men from 221B Baker Street find themselves in. 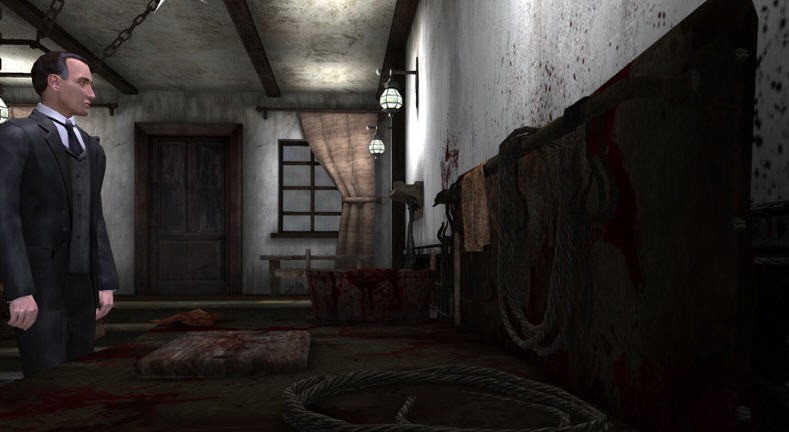 To give credit where credit is due, this isn’t Frogwares' first title based on the writings of Doyle and it shows. Holmes is an incredibly complex character, not because he’s some fantastical, mythical figure, but because he’s actually the opposite. When not solving crimes or experimenting with chemicals, his mind rots away with the use of cocaine (not featured in the game). He’s so consumed by the need to be challenged intellectually that other things just seem pointless or unnecessary. Despite his social skills, deductive abilities, and profitable investigative service, Sherlock Holmes is a broken man. It’s never apparent on the outside, but something about his ability to distance himself from any case that doesn’t interest him displays just how inhuman he’s become. From beginning to end, I was fully convinced that the Holmes I saw on-screen was the same one I had read about, and that’s no small feat.

Although many of the voice actors could have given their respective characters more personality, since any competent actor is able to disguise their voice with a pseudo-British accent, the inclusion of voice acting in and of itself is a nice feature. While it’s irritating that lines are reused so often when not related to the story, I found the majority of the dialogue to be bearable.

That cannot be said of everything, though, as the further I ventured into the adventure, the more I noticed something was off—but it didn’t have to do with the murders. Sherlock Holmes vs. Jack the Ripper deftly avoids the obvious adventure genre trappings (ridiculous item combination puzzles and excessive screen searching) but it instead falls to artificially increasing its length through cryptic, and many times ill-explained, puzzles. Near the end of my time with the game, I had to stoop to keeping an internet browser set to the puzzles’ solutions simply to progress to the next area. Not including a skip function is forgivable, but failing to even bother implementing a hint system is not. 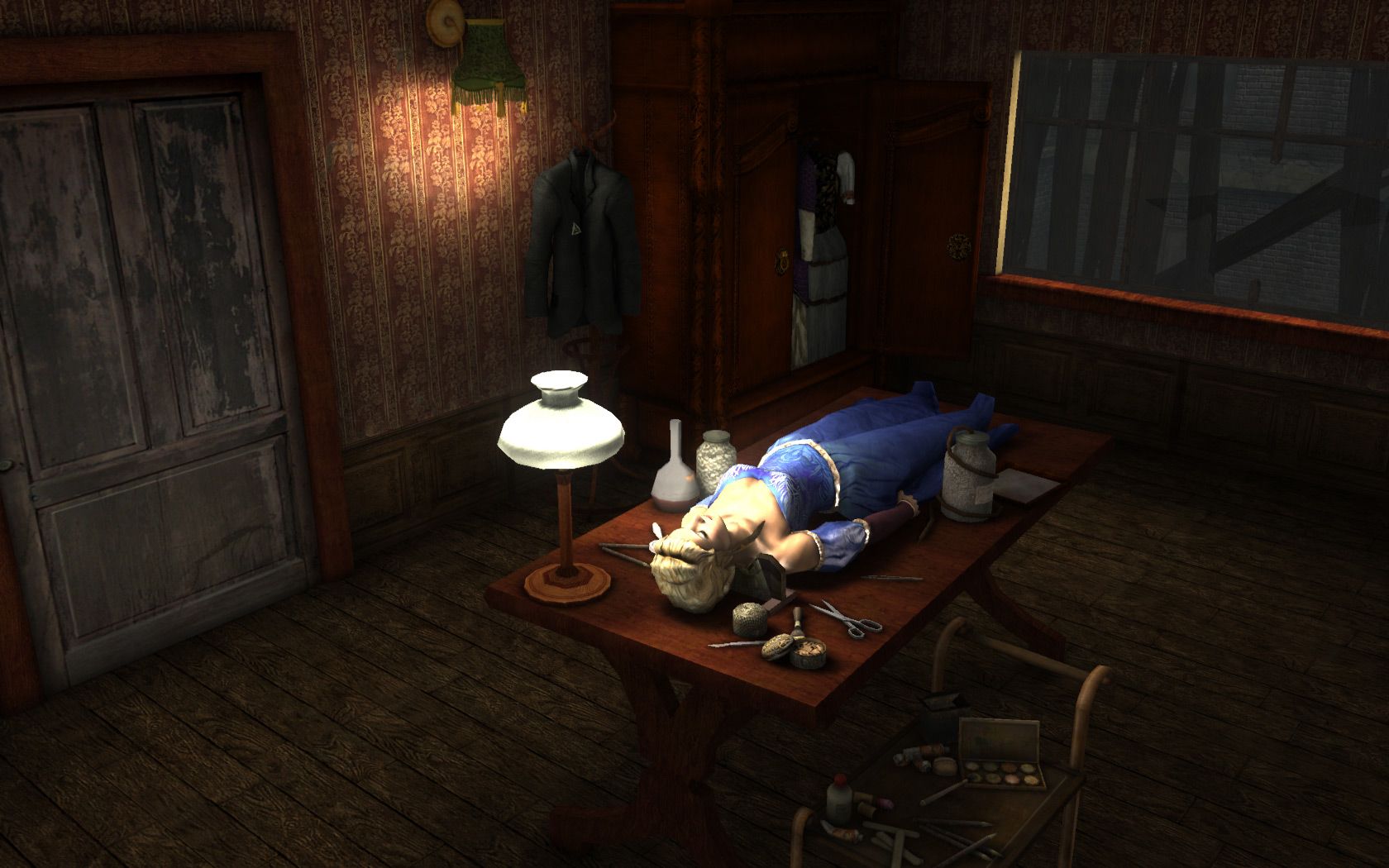 What’s unfortunate is that the rest of the game’s design is really quite good: the puzzles are the one grave exception to the rule. As areas are opened up to explore, events flow naturally and smoothly as an interaction with one character may subtly suggest the next course of action and useful information, such as any documents of interest and dialogue between characters, is kept track of in the journal. Both a first and third-person camera are available to the player (I chose first-person to avoid the somewhat awkward angles of the other) and usable objects within view can be highlighted by pulling the left trigger. The pacing is excellent; each murder raises the tension and each of the subsequent investigations create more suspicion about the possible suspects.

There are problems scattered about, like the aforementioned puzzles and awkward third-person camera are the worst of these, but the lackluster animations and weak supporting characters tend to feel more like missteps rather than outright mistakes. I groaned at the incompetent police officers and the disturbingly odd facial animations, but the authorities in Arthur C. Doyle’s world do err on the side of ineffectual. The animations though…well, that’s just something that has to be overcome…preferably by covering my eyes.

Not everything can be overlooked though, as much as it fits the setting, this game’s moral content is bordering on M-rated. The Ripper case was a grisly affair, and that’s properly portrayed here, but a line is also crossed. Sexual content is to be expected, as is violence, but they're both referenced frequently. Though, excluding a few first-person murder scenes, both subjects are always referred to in an objective manner. Some of the crime scenes are a bit unnerving, but that just means it has captured the events perfectly. This also goes for the title’s cursing, which is very restrained and infrequent; though I regretfully admit that the Lord’s name is used in vain more than once.

Unborn babies contained in glass jars, frontal nudity, and anti-Semitism, however, were not expected. Frogwares shows great restraint throughout most of their game, using just enough profanity or violence to make a point, but not so much as to intentionally offend anyone. All of the above problems have context within the story (which I’m afraid I can’t give away), and the player is never directly involved with any hateful activities, but I was still bothered to see them.

I’ve felt this way about the adventure genre before, that there’s really no reason to play it over watching a walkthrough, but I don’t believe I’ve felt so unconvinced about my own opinion before. Sherlock Holmes vs. The Ripper isn’t necessarily a bad game, the story stays captivating until the end and a few of the puzzles are clever, but the title is infected with so many problems that most modern games have rid themselves of. Cryptic, aggravating puzzles; awful animations, and a bland voice cast dwarf all of Frogwares' triumphs. Perhaps the most diehard Holmes fans should consider a rent, but there just isn’t enough content for anyone else to justify the time spent searching internet walkthroughs for puzzle solutions.