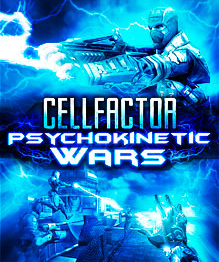 Whenever a new piece of technology comes along, there’s normally some sort demonstration displaying its power. That’s this game, and the piece of technology was the AGEIA card, which could process complex physics more efficiently than average CPUs could. And although CellFactor has come a long way from those early tech demos, the influence can still clearly be seen. Modeled after the fast-paced gameplay of popular arena shooters like Quake and Unreal Tournament, CellFactor adds to the formula by introducing psychokinetic powers and multiple character classes.

Arena shooters have never been particularly deep, and the same is true for CellFactor. The four modes included are: Deathmatch, Team Deathmatch, Capture the Flag and Assault. The first three are self-explanatory and obvious additions, but Assault, although not something new, rounds out the package. Assault pits two teams against each other, taking turns attacking or defending a hack box and a control point. In any other game, I would complain about the lack of modes, but this is a $5 arena shooter. It’s unlikely that you’ll want to play anything other than these anyway. Just because a game has fifteen different modes, doesn’t mean that they’re all fun. I’m glad to see they understood this and instead focused on making sure the modes already there are enjoyable.

But if it was left at that, this title would just be a blatant Quake clone. Thankfully it’s not, and that’s due to the three different classes and their abilities. The Bishop specializes in psychic powers, and her ability to fly, create an energy shield, and launch objects are complemented with a unique set of weapons. With the ability to dual wield weapons, super jump, and sprint, the Guardian is the exact opposite of the Bishop. Somewhere in the middle, lies the Black-op; able to teleport, launch objects, and create an energy shield while still being able to use weapons. 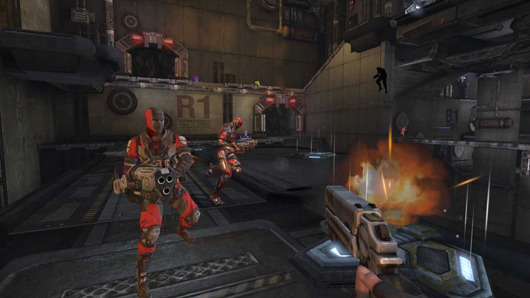 Gameplay is fast and furious, dying is a common occurrence, and spraying-and-praying is almost the only way to get a kill. Apart from the mines, there are only five weapons: pistol, assault rifle, sniper rifle, shotgun, and rocket launcher. Along with these weapons, health and energy pick-ups are scattered throughout the maps. While playing, I thought about how a few extra weapons would have been nice (preferably chain guns and grenades), but I didn’t dwell on it for very long with all the bullets flying by my head.

Opinions tend to differ on what should be expected of Xbox Arcade and Playstation Network games in the graphics department. On the one hand, they aren’t full retail games, and shouldn’t be held to the same standards. But on the other hand, titles like Shadow Complex, Braid and Castle Crashers have proven that a smaller game can still look fantastic. CellFactor lies somewhere in the middle: good for an XBLA title, but nowhere close to retail quality.

As a demonstration of Nvidia’s PhysX physics engine, CellFactor excels. Thrown objects bounce and tumble and deaths are accentuated by impressive ragdoll physics, all while maintaining a rock solid frame-rate. The maps are well designed for the most part, simple areas and paths meant to be easily navigated, but I did find one of the maps to be overly complex. Despite being somewhat generic, character models are clean and well animated. 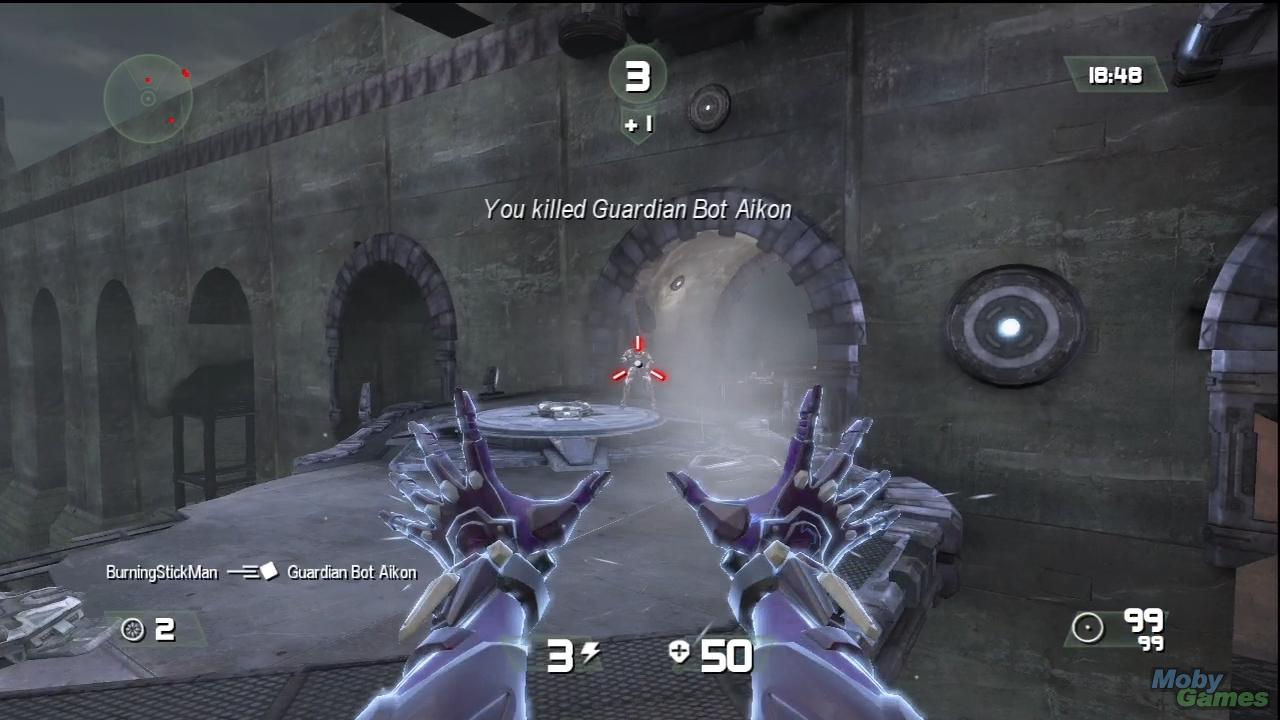 In some games, sound is an integral part; RPG’s need an epic score to complement the grand scale of the quest. In other games, regardless of the quality, sounds will be ignored because of something more important. Unfortunately this title is the latter. Even if you were to ask me how everything sounded, I wouldn’t be able to answer. I was too focused on the moment at hand, all of the noise faded into the background as I searched for my next victim. Nothing about it detracted from the experience, because it never felt like a major part of the experience.

But the controls are a major part of the experience, and that’s why I’m glad they’re so responsive. Any shooter with poor controls will ultimately fail, and this is even more important for an arena shooter. The triggers are used for attacks (weapons and throwing objects), with the bumpers used for special abilities, and the face buttons used for jumping, reloading, and switching weapons. Other options were available (you can even change the controls for the different classes independently), but it never felt necessary. It was a natural control style that I doubt many people would have a problem with.

I know a lot of parents have a problem with the amount of blood in similar shooters, which is why I’m sure they’ll like this game (in some ways). Players are robots; therefore, no blood. But as I mentioned earlier, whenever someone dies their body goes limp (ragdoll) and is flung in the direction they were hit. The psychic powers in-game aren’t based on any religion/cult, and since players are robots, is most likely advanced technology.  There is one other thing, though I’m not sure how to say it, but one of the robots has…erm…breasts. It’s really out of place, not to mention unnecessary, and completely unavoidable.

There are far better arena shooters out there, Quake and Unreal Tournament come to mind, but I had fun with CellFactor: Psychokinetic Wars (the game with the excessively long name). It has seven maps, three character classes, AI bots, and it’s only $5! Despite its flaws and lack of players online, this one is worth a try. And really, what’s five dollars?