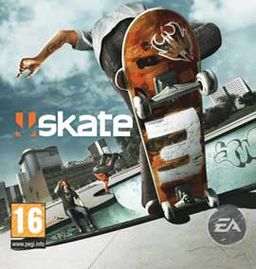 Have you ever played a Tony Hawk game? You know, that incredibly popular skateboarding series that was recently run into the ground due to stagnating gameplay? This game is nothing like that. In fact, this is the series helped drive the stake into Tony’s (game’s) heart.  By abandoning the unrealistic maneuverability and confusing button inputs for tricks, and replacing them with physics based movement and “flick it” controls, Skate redefined the genre. Improved upon by Skate 2, and now Skate 3, the basic formula is still the same, but now with more bells and whistles than ever before. Taking place in Port Carverton, which is divided into three districts, players will rise through the ranks to become skateboard moguls/legends.

Anyone familiar with the Tony Hawk series will understand the basic gist of Skate: pulling off awesome tricks and proving you’re the best skateboarder to ever grace the pavement. Players will compete in challenges and competitions, either alone or with help from friends online, to “increase board sales”, essentially a pseudo experience system. As you complete these events, you’ll sell boards, which increases the fame of your team, and allows you to compete in more events. These events range from average freestyle competitions and races to pro challenges and intense Deathraces. There’re even events that challenge you to gain points by inflicting bodily harm upon yourself.

While it isn't anywhere near as crazy as the maps from Tony Hawk games, I was impressed with the size and diversity of Skate 3’s maps. As mentioned before, the map (Port Carverton) is divided into three sections: Industrial, University and Downtown, each with its own distinct feel and landmarks. The Industrial section is dirty, challenging and improvised. The University is cleaner, easier, and has an overall more welcoming atmosphere. Downtown is about what you’d expect: more grounded in reality, with plenty of pedestrians and traffic. I would have preferred to see them combined into a single map, but load times between sections were quick, so it never became a real problem. 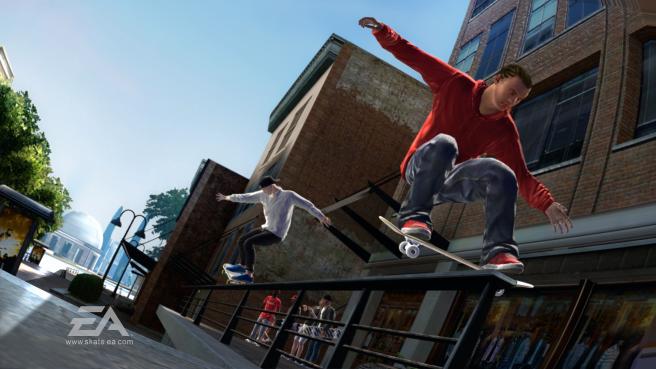 And if you’re not content with the maps Black Box has given you, go make your own! As you progress through the story, multiple lots will be unlocked which can be rearranged however you want, with ramps, rails and nearly anything else you can think of (within reason). It’s easy to use and plenty of tutorials are available.

Returning from Skate 2, skate.Create is bigger and better than ever. With skate.Create, not only is it possible to instantly watch, edit and upload footage of that unbelievable trick you just did, you can also make graphic designs to use for your team or upload for the world to see. Unfortunately, the skate.Graphics interface is only available from this website; once there you can import the design to the console of your choice. It was easy enough to use, but I would have preferred to see something in-game.

I’ve always found one thing that all skateboarding and fighting games have in common. In both, newcomers tend to mash buttons because learning all of the moves can be time consuming, text heavy and hard to remember. While this is partially true with Skate 3, Black Box seems to have taken every precaution possible to make sure anybody can jump in and join the fun. skate.School, a tutorial featuring Coach Frank from My Name is Earl, will teach players all the basics without having to read a long list of text. In addition to this, an encyclopedia of tricks with videos, an “easy” difficulty and new in-game aids for manuals and flip tricks make it simpler than ever to play Skate. 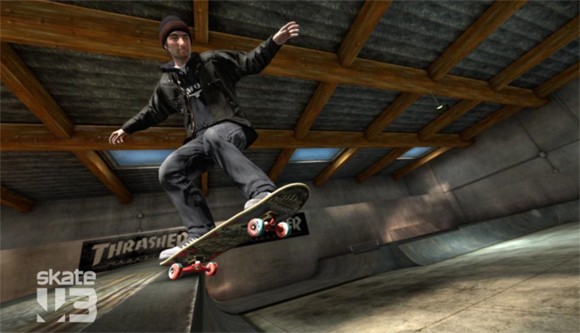 One of my main complaints with Skate 2 was style. Everything felt so brown and dirty. Skate 3 completely fixes this with a brighter color palette with cooler tones. Even the duller colors still popped a bit more. It’s just unfortunate the character animations haven’t improved as much. I definitely see the improvements, animations aren’t anywhere near as stiff, but weird things still happen. Faces seem lifeless, characters running down vertical objects and animations going at least two times as fast as they should be, were just a few of the oddities that I encountered in Skate 3. These are all minor issues though, and don’t detract too much from the fantastic art direction of this title.

And to quote myself, “players will rise through the ranks to become skateboard moguls/legends”; that’s about it.  Cliché? Yes, but it gives a reason for why you need to compete in all these events and sell skateboards. It’s not unique. It’s not special. It’s not memorable, but it really isn’t important. Skate has always been about the gameplay; a real story might sound like a good idea, but it would more than likely complicate an already great formula.

It’s become quite common for both EA titles and games in general to have large soundtracks nowadays, but it’s always a hit-or-miss affair. This one was a miss, at least for me. But since it’s a personal thing, you can decide for yourself over here.  I’m glad to say that everything else was more pleasing on the ears. Sounds involving the skateboard all carried weight, menu buttons have a nice “click” to them, and most of the characters have plenty of voice acting. 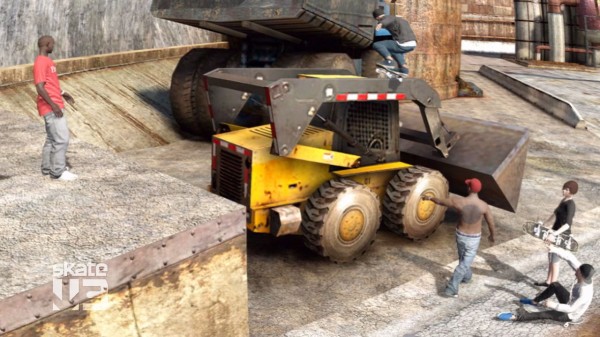 “Flick it” controls, Skate’s biggest claim to fame, are back and just as easy to use as before. Simply flicking the right stick in different ways will do different flip tricks. The triggers are used for grabs, the face buttons modify existing tricks along with pumping (pushing the skateboard), and the right bumper is used to move small objects in the world. “Easy to learn, hard to master.” It’s easy to jump in and pull off a few tricks, but to consistently get the tricks you want will take some practice.

In some aspects, this game reminds me of a PG-13 movie. It has an unnecessary amount of sexuality, cursing, violence, drugs and alcohol, but just enough so that it’s edgy, not R-rated. Sexual innuendos are everywhere and one of the boards shows a close up of a woman’s cleavage. Another skateboard shows a pentagram. Although never deadly, violence is common and encouraged. You can attack characters either with your fists or with your board; however, they will fight back and a few of them will even use a taser. Hall of Meat mode, which activates every time you bail, tasks you with causing as much pain to your character as possible, with bones breaking and slow-motion. Blood appears on the design of a skateboard and on an unlockable character’s boots. Fake alcohols are advertised in-game, along with marijuana leaf on one of the skateboards. PG-13 language is used throughout the game, but can be disabled by muting the dialogue in the options. In addition, since community made online content is featured in this title, the possibility of explicit content is always present.

It’s impossible to talk about Skate without mentioning Tony Hawk; just like you can’t talk about Battlefield without mentioning Call of Duty, it’s an inescapable fact. And just like those two very popular shooters, it all comes down to personal preference. I’m not saying you can’t like both, but they’re two very different games, and some people just aren’t going to enjoy this game as much as I did. I had a blast playing Skate 3, and I think it’s a vast improvement over Skate 2, but  it’s more than likely going to come down to the gameplay. If you didn’t care for the previous games, this one isn’t going to change your mind. If you haven’t tried it yet though, and you’re okay that a skateboarding title isn’t another Tony Hawk, I thoroughly recommend giving this one a try. As long as you can get past the dirty jokes and violence anyway.