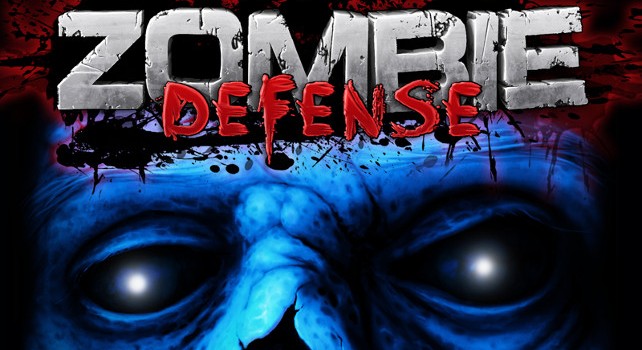 Thank you Teyon Games for sending us this game to review!

Zombies have invaded America and it’s up to the army and the squad you control to reclaim it from undead hostiles.  There are different types of zombies ranging from walkers, crawlers, runners and giant varieties that take a lot of bullets before resting in peace.  Before you begin a mission you’ll be briefed on how many waves and zombies there will be along with their endurance levels.

In the beginning your funds and team size will be limited.   Thankfully, the first few levels don’t have many zombies, and the ones that are there are relatively weak.  You can replay easier missions as often as needed to raise funds for the many upgrade options available.

I upgraded my maximum team size right away.  The maximum number of units you can control is thirty-two.  Some other good items to upgrade is the starting amount of cash and the increased money dropped percentage.  Health regeneration, air strikes, and turrets are good to have unlocked as well.  One of my favorite upgrades is the bulldozer that plows through zombies on certain levels.  It’s expensive, but very handy! 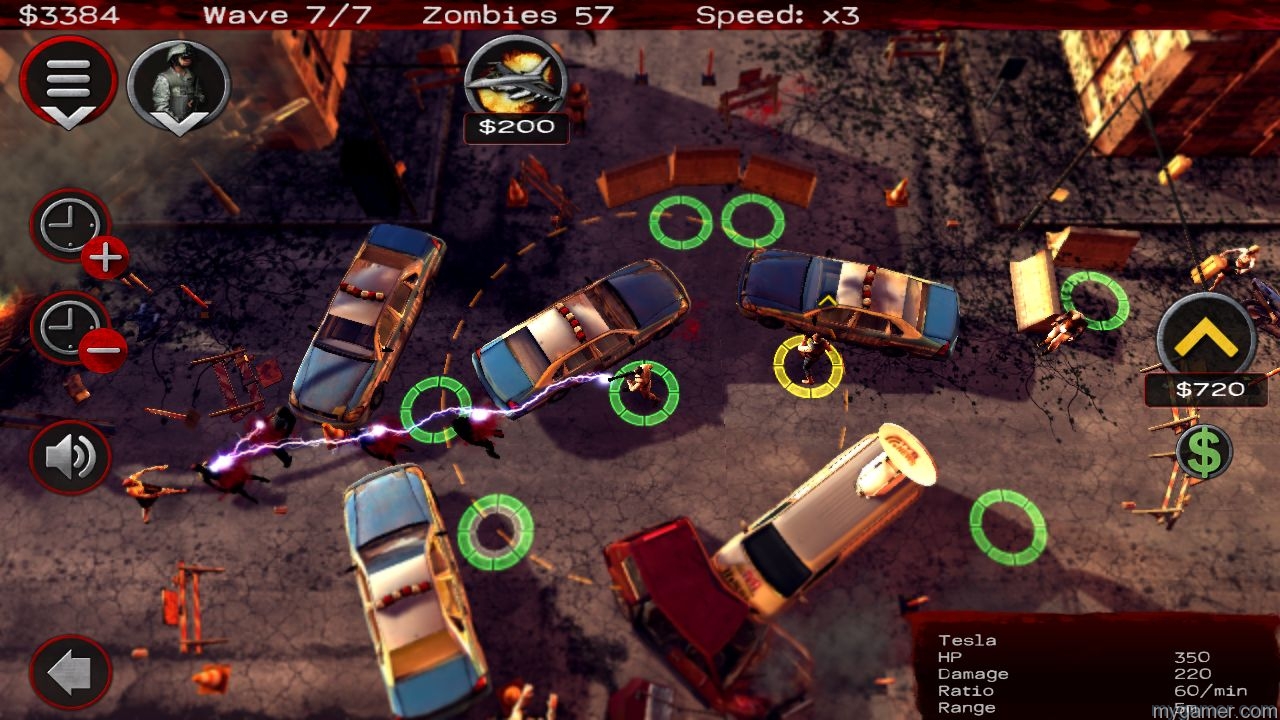 Like many tower defense style games, you have to deploy your units, cash permitting, and survive several waves of increasingly stronger zombies.  Units can be placed in green, yellow, and red circles.  For a price, the circles can be upgraded to increase the stats of the units placed in them.  The soldiers can be upgraded as well, but if they die, that money is wasted.

At first the only unit available is a soldier.  Other unlockable (and more expensive to recruit) units include marines, snipers, mercenaries, survivalists, bazooka and chainsaw soldiers and so forth.  Mechanical units range from turrets, flame throwers, bulldozers, and Tesla coils.  There’s a ton of options, but they all cost money to unlock and use.  Plan on replaying the beginning missions quite a few times to earn enough cash to unlock a decent team size.  When a mission is failed, it can be resumed from the current wave, or restarted from the beginning.  I like that you have an option to resume where you left off after you have a few more upgrades under your belt. 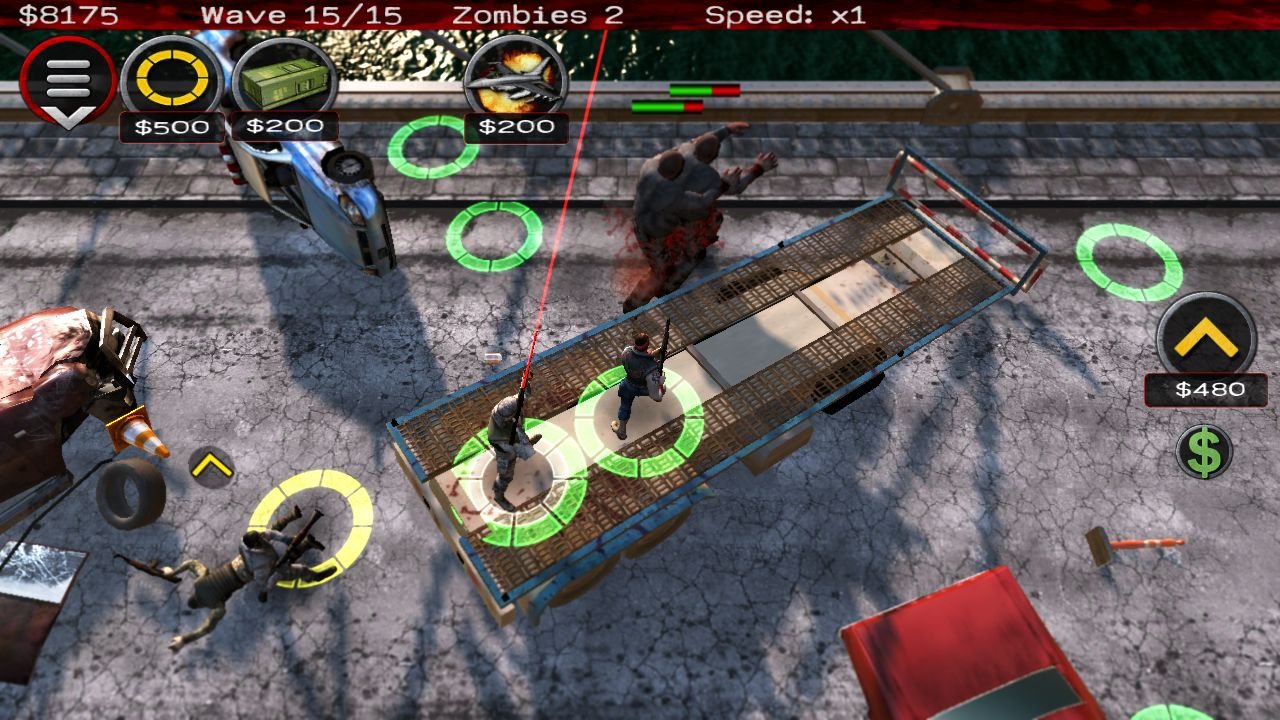 The touch screen controls work pretty well for this game.  Since it’s also available for Android devices, it’s not too surprising to see it ported to the Wii U.  I’m surprised that it’s not available on the 3DS as well. Controlling the units is easy enough, but they often got stuck in places and died since they were running against a wall instead of shooting at the zombies coming their way.  The only interface complaint I have is the speed settings get reset after every wave.  When levels have twenty waves, setting the speed for each wave gets a little tedious.  Without upgrading the speed, the maximum is 3X.  It can go up to 5X if you unlock it with in-game currency.

The background music is pretty good and sets the mood nicely for riddling zombies with bullets.  As expected, the zombies will bleed and spew some blood when hit with various projectiles.  The language is minor with the word hell being used in one of the level names.

Graphically, Zombie Defense is better suited for the Wii U gamepad instead of the big screen.  The graphics look awful when they’re being projected onto my wall.  I preferred playing on the gamepad anyways since that’s where all of the important orders are given.  The audio is routed to the TV by default, but can easily be switched to the gamepad in the options menu.

Despite the poor graphics, Zombie Defense has a lot to offer for gamers that enjoy tower defense style games.  There’s a lot of level variety and plenty of fun ways to stop the zombie invasion.  Because of the violence this game is not suited for younger kids.  For everyone else who is not yet sick of zombie themed games, keep an eye out for Zombie Defense on Google Play or on Nintendo’s eShop.