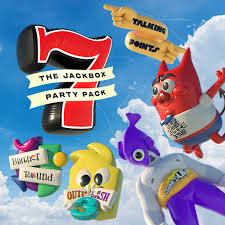 Thank you Jackbox Games for sending us a review code!

Quiplash 3 can be played with 3-8 players and the goal is to have the other players vote for your responses to the prompts. There are plenty of prompts built into the game, but if that’s not enough, you can make up your own! One example prompt is “The name of Snow White’s millennial eighth dwarf”. Wittier answers usually get the most votes. There are three rounds which have more points each time around making it anyone’s game.

Blather Round is the only game in the bunch that can be played with only two players. In this game you have a prompt that everyone else has to guess. You get to choose the prompt which varies in difficulty. The prompt can be a famous person, movie, book, video game, etc. The harder of a prompt you choose, the more points you can earn if the audience guesses it. The challenging part is getting the players to guess it with the limited number of clues shown to them. The presenter can let the audience know if they’re getting warmer. Players that get closer to or correctly guess the right answer get points. While this game is fun, I think it would work better for a live audience rather than a Twitch stream.

Strong Points: Interesting collection of games; nice theme music and sound effects
Weak Points: Some of the games are better played in person than online; long loading screens; game crashed once while streaming
Moral Warnings: Some of the games can be crude if you don’t have the family-friendly filter enabled; one of the games has you playing as a family of devils and encourages selfishness and deviancy; blaspheming

Another game that would work better in person is Talking Points. In this game the players are put into groups of two to pitch their ideas to the rest of the group with an impromptu presentation. One player is in charge of selecting fitting images while the other focuses on compelling statements to plead their case. The audience can interact and respond to the presentation in real time. To win, a team must earn the most votes and feedback for their presentation.

The hardest game in the collection to live stream is The Devil and the Details. This game seriously benefits from being able to yell at people nearby! Your goal in this game is to guide a family of devils through doing mundane human chores before time runs out. The harder the task, the more points you can earn. Players can also do selfish tasks to earn points for themselves and put the screws to the family if they get away with their selfish actions. Stopping selfish actions earns points for the family and prevents a catastrophic event from happening. Some of the tasks are deviant in nature and encourage bad behavior. This game has many evil references like 666 and uses the Lord’s name in vain. 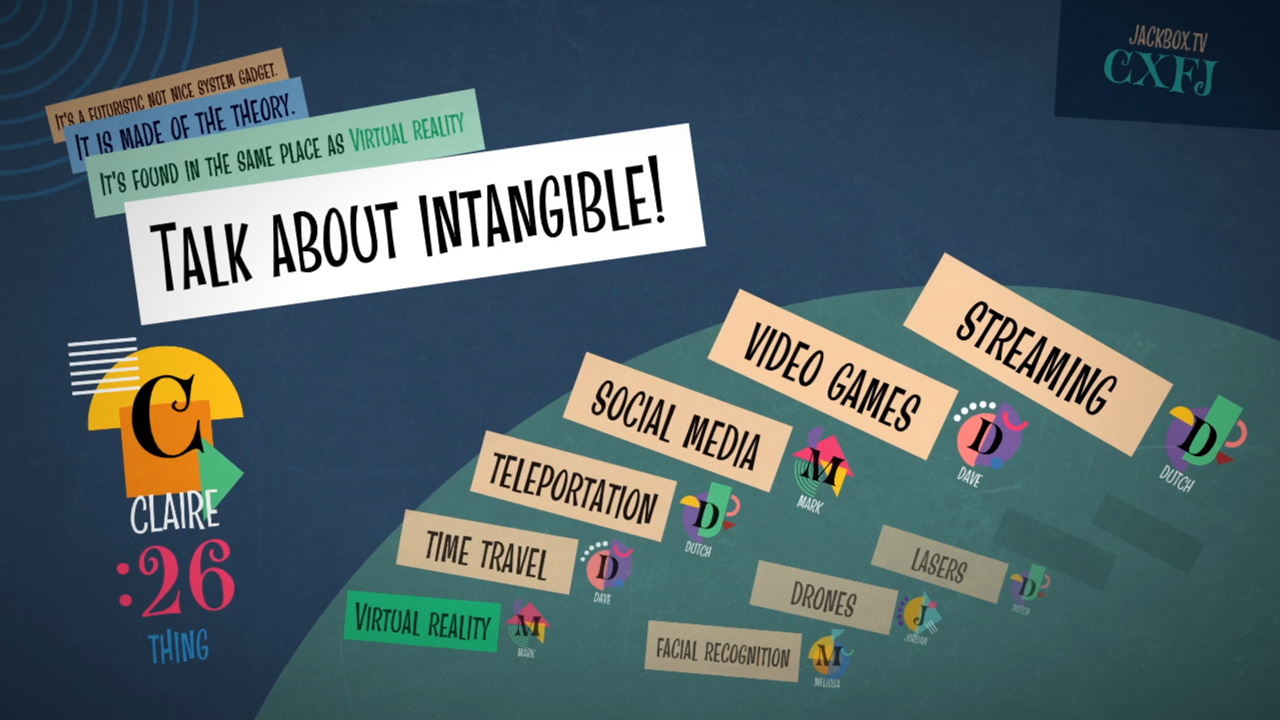 Champ’d Up is a fun game for those who are good at drawing. In this game you get to draw heroes that fit to a theme and get to pit them against other player’s creations. The fighter with the most votes, wins. While this game is fun in concept, the drawing controls are wonky and half of the time the finished characters looked incomplete on the stage but were fully drawn when it came time to vote for them. Without the glitches, this game would be more fun.

Like the other Jackbox Party Pack games, you need to connect to the host on a browser using an internet capable device (phone, tablet, PC). The first one to enter using the randomly generated room code will lead the game. Sometimes, an online player would beat me to the punch, but it didn’t slow down the game any. On one of my streams, the game crashed to the Switch’s home screen. Other than that instance, the game ran fine.

Overall, this is an interesting collection of games. If your focus is playing with people nearby, this collection should be fun. However, if your intended audience is online, I think the previous Party Pack Games are better suited for that. I’m thankful for the Family-Friendly filter and have not played the games without it. I can safely say that these games are plenty of fun without the crude and sexual humor otherwise present. Even with the Family-Friendly filter enabled, these games still allow inappropriate responses to be submitted so be mindful of who you play with.