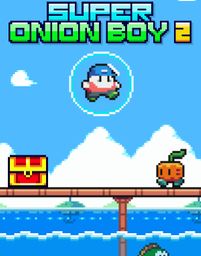 Thank you Ratalaika Games for providing us with a review code!

Super Onion Boy 2 is the sequel to Super Onion Boy, but there’s a high chance that you’ve never heard of it. The previous game is only available on web browsers and mobile platforms. The original is a cute little Super Mario Bros. clone as you jump through 15 levels of forests, mountains, and deserts. It was received well enough that a sequel, one that now costs money, was made.

The sequel had to make some changes as the first game wore its Mario “influence” on the tips of its sleeves. There was a good chance that if kept the same, it may have infringed on Nintendo’s IP a little too much. No longer in Super Onion Boy 2 do you have to save a kidnapped princess and hit floating blocks to gain powerups. (See what I mean?) This time, you’re saving your green apple friend and you’ll find powerups in treasure chests.

Onion Boy hops through 30 levels of varying scenery with the typical platforming obstacles such as enemies walking back and forth, floating platforms, and bottomless gaps. This game does do some things differently than its inspiration such as having five collectible stars that grant an extra life when collected. Super Onion Boy 2 is generous with lives as you’ll start with 5 lives, but may end up with over 60 when everything is over. 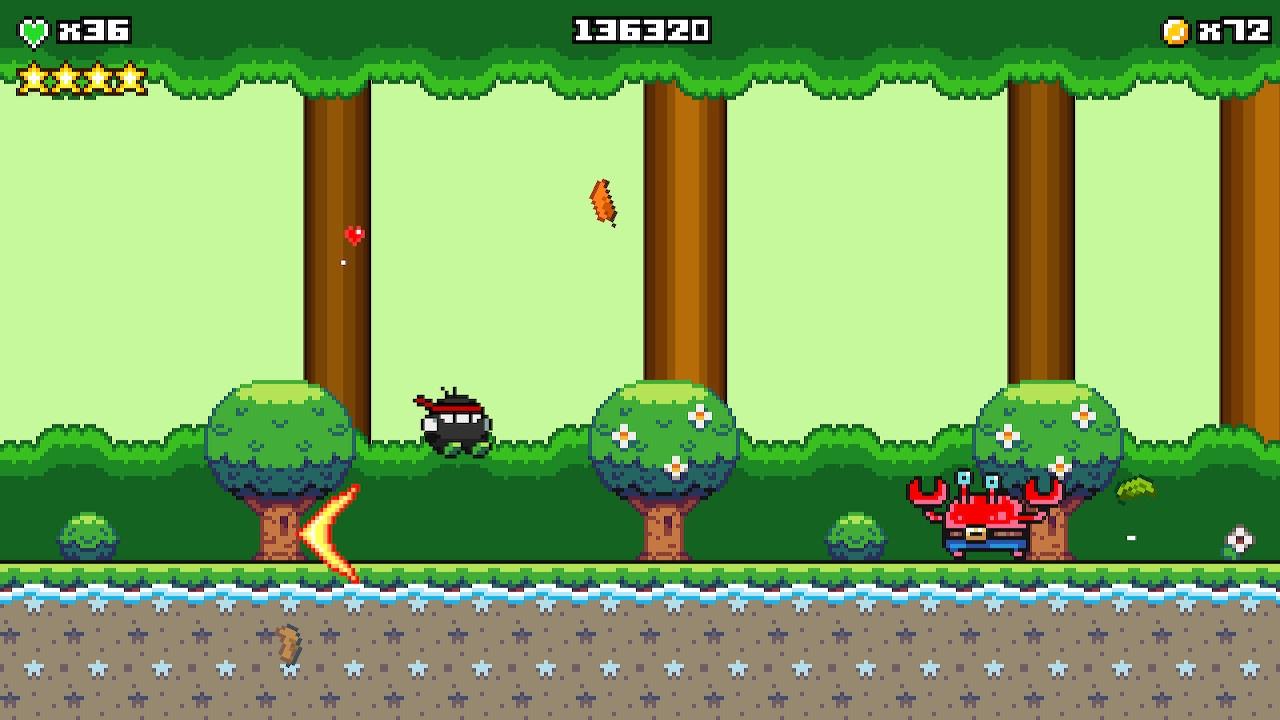 Strong Points: Solid gameplay; powerups have a nice feel to them
Weak Points: Frame of view could be a little larger; not much has changed from the first entry
Moral Warnings: Some fantasy violence such as jumping on enemies; one powerup is a wizard that shoots magic; bat enemies have blood on their wings; main villain is a magical pirate creature

When it comes to powerups, Super Onion Boy has three distinct ones. There is a ninja outfit where Onion Boy has the ability to double jump and punch in front of him, a wizard powerup that shoots magic in front, and a bubble boy that lets him float down. There’s an extra powerup in a heart found in red chests that lets you take an extra hit, whether you are wearing a suit or not. Onion Boy's controls are very simple with the control stick/D-pad for movement, B to jump, and Y to use an ability. Onion Boy can be a little slippery when moving as he doesn’t stop immediately when he stops moving. He responds well and very few deaths will occur due to a control issue.

Levels start off easy and while the game is overall an easy experience, there are some moments (especially in the last three levels) that will trip you up a few times before you recognize the pattern needed to advance. Some enemy placements are a little devious, and the frame of view tends to lean to some “leap of faith” moments, but considering the plentiful life system and checkpoints, there will be few moments that lead to frustration. At the end of some levels are bosses that are always signaled by a few chests containing a heart and some powerups. The bosses are fought in a small enclosure while they attack you with some projectiles. Just jump on them a few dozen times or hit them with your ninja/wizard abilities and you’ll prevail. 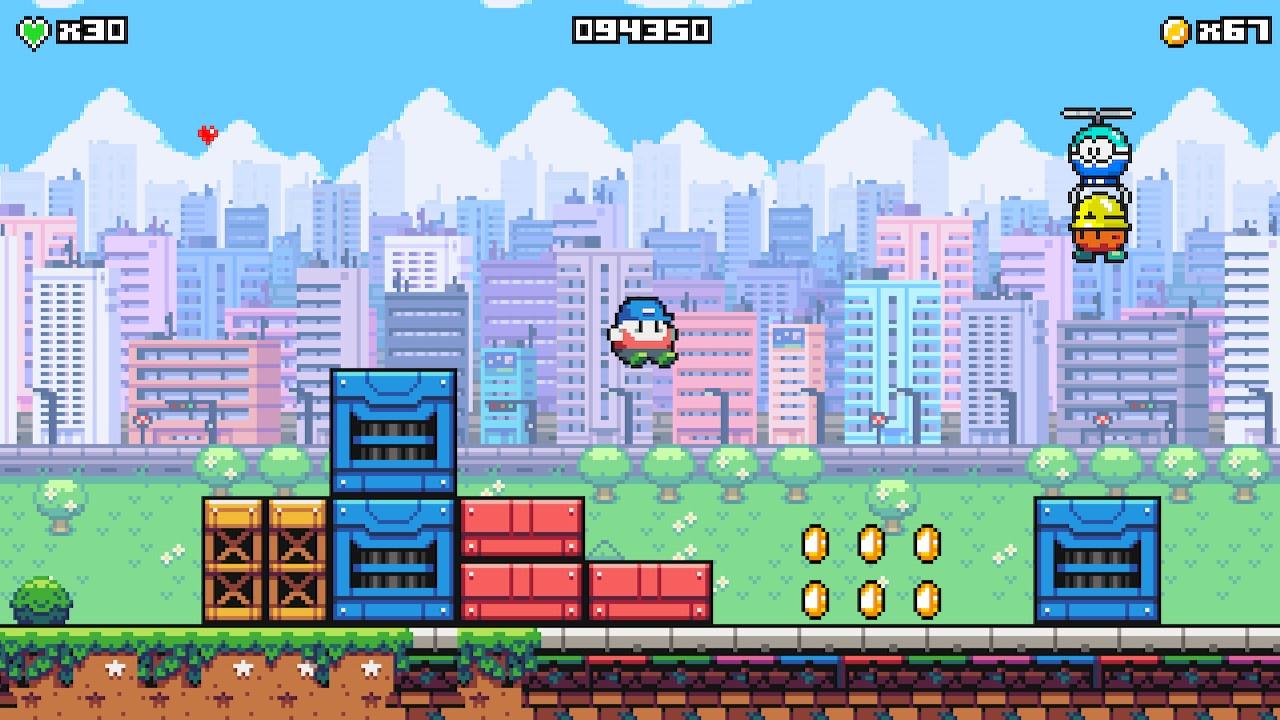 Super Onion Boy 2 uses a 16-bit pixel art style. The environments are bright and colorful with the enemies consisting of various fruits, plants, and animals such as potatoes that wear helmets, dragonflies, little apple dudes, and snakes. It’s a cute style that works for the simple premise. The music is just as inspired by the retro style as the graphics are. All the music and sound effects are chiptunes emulating the fourth and parts of the fifth generation of consoles. However, much of the environment and sound are reused from Super Onion Boy 1.

Moral warnings are few. There is some fantasy violence where jumping on enemies knocks them off the screen, and the ninja ability punches enemies while they flash a white color. The wizard powerup uses fairytale magic, and the main villain (as well as the final boss) is some sort of pirate. He can throw his magic pirate sword and shoot these magic dark energy balls. The bat enemy has red lines on its wings that are assumed to be blood.

Super Onion Boy 2 is a nice throwback to simpler platforming and an objective improvement over the first with some polished animations/sprites, more levels, and a better variety of abilities. Some levels are very similar in design to Super Onion Boy 1, but with twice the amount of levels, it’ll likely last twice as long. If you’re on the fence, you can always play the original as a “demo” of sorts as it is a free game accessible on any browser.