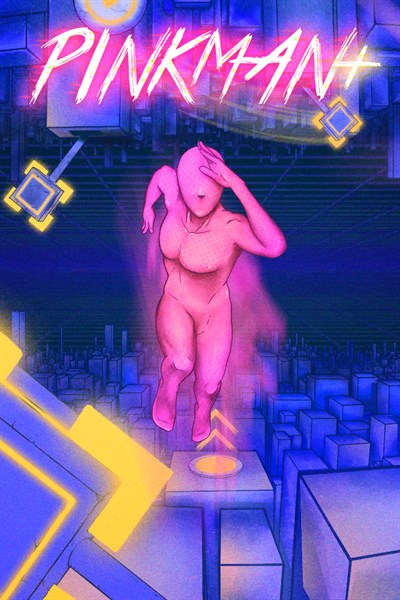 Thanks to Ratailka Games for the review code for an interesting game about…farting.

Pinkman+ is every sixth grade boy’s dream. It is a game whose premise is that a man is lost in a fantasy world called ‘The Mind’. His only way out is to maneuver his way through the 100 levels of the game with only his ability to jump and fart to save him.

You play as Pinkman+. The only skills that this game requires are jumping and farting. The goal of each level is to progress from the starting point to the door to the next level. B is the jump button and A is the fart button. Farting allows you to hover in the air and propel your character around briefly. It even shows puffs of air coming from the character's butt. Nice. You cannot fart indefinitely but there is no need for powerups as the game progresses. The control pad moves the character from point A to point B and the object is to maneuver yourself around the spiked obstacles that spell instant doom if the player hits them. 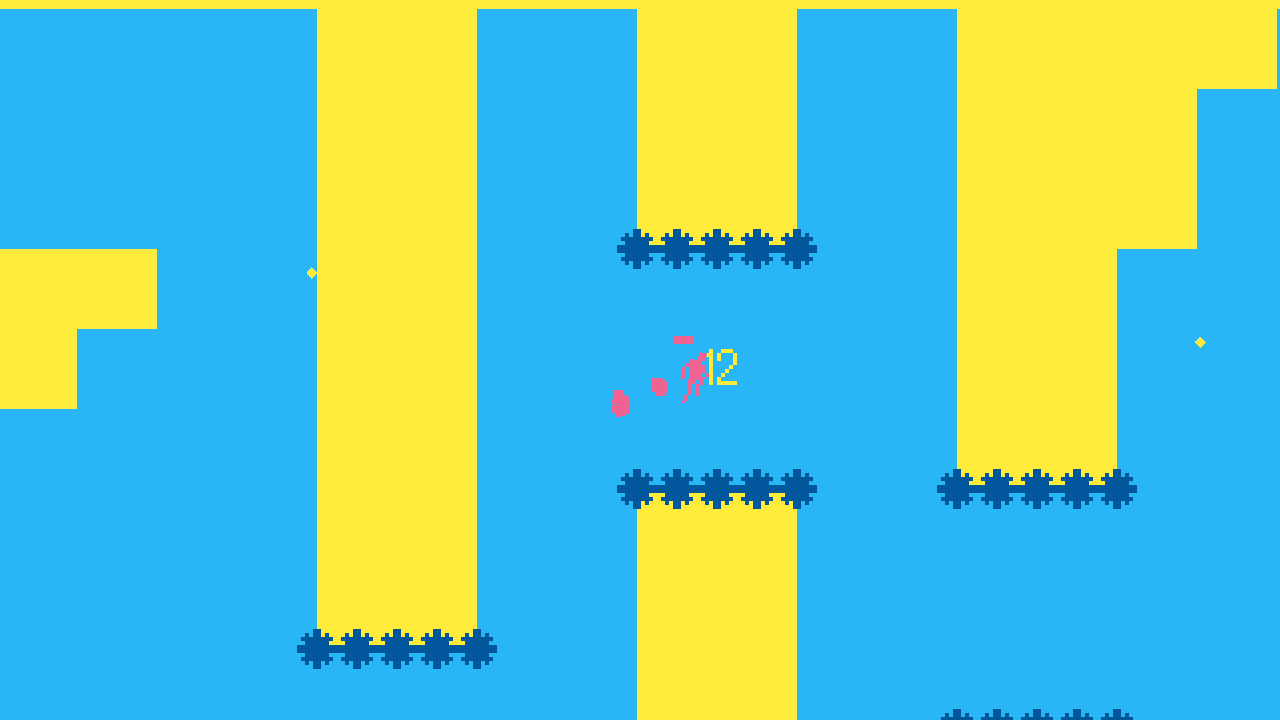 There is not a lot more to the plot than this. The levels are gorgeous-looking and there are 16 different palettes. They also change each time Pinkman+ dies, so that you at least are not looking at the same boring background every time. On the other hand, this can be quite annoying, as certain color combinations are beneficial for concentration, and others may be dark and difficult to discern. How often will you die? Well, without jumping and farting- quite often!

While not quite a ‘screw you’ in terms of difficulty as Pinkman+ does provide save points, sometimes it is still unclear what to do to proceed to the next level. I got stuck on Level 8 even though I was able to make it to the door that would (in theory) take me to Level 9 as I could not figure out how to activate the second save point that would open the door and the game offered me no helpful clues on how to do so. I finally had to look up a walkthrough for Pinkman+ to get past this obstacle, and it was here I figured out that I had to touch a small dot in the middle of the left half of the screen to be able to touch the second save point and proceed to the next level. There are no enemies in Pinkman+. Just yourself, your fart pack and the various spikes and obstacles that will shred your character to smithereens. The game does shine in one area, and that is the soundtrack. It is a synthwave soundtrack of sorts that sets the mood for being inside this minimalist environment.

Moral concerns? Well, there is no use of the occult and no swearing. Sexuality isn’t present either, nor is nudity and there is no concern on the cultural or moral aspect. But the game is not clean as it revolves entirely around the gross humor of farting, and there is some mild violence when your character dies.

So what is the final verdict for Pinkman+? In terms of fun, it is a good way to spend time and it’s not that terrible morally. The soundtrack is top-notch. However, the fact that it revolves around farting is a dealbreaker for me. Just a personal opinion, but I prefer to keep fart jokes in grade school, where they belong.