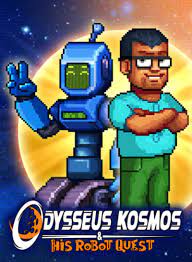 Thanks to HeroCraft Games for the code for this game!

Odysseus Kosmos and His Robot Quest is a fun and interesting adventure game, although the start is somewhat slow and boring. You play as Odysseus, who begins the game asleep in a spaceship pod of sorts, and you, the player must wake him and begin gameplay. As game play ensues, the point and click adventure begins and you are jolted from a peaceful sleep onto a mission in which you must avert disaster.

Odysseus is the only person left on the spaceship in this game. All of his other crewmates have vanished after the team embarked on a mysterious expedition a few years ago. Your goal is to avert the disaster of the black hole.

Odysseus operates like a lot of other Ratalaika point and click games. The opening segment is quite amusing ‘just open your eyes- then you find out you have to get up’. The game lays out the controls beneath the player in the introduxtion. The main companion of Odysseus is a robot, who wakes him up. Once the player hits y, Odysseus throws away the alarm clock and refuses to wake up even as the robot nags at him to do so. However, as the introduction continues, Odysseus reluctantly gets out of bed and does the tasks the robot is asking him to do. Your first task is to ‘have a look at that lousy sticky note.’ 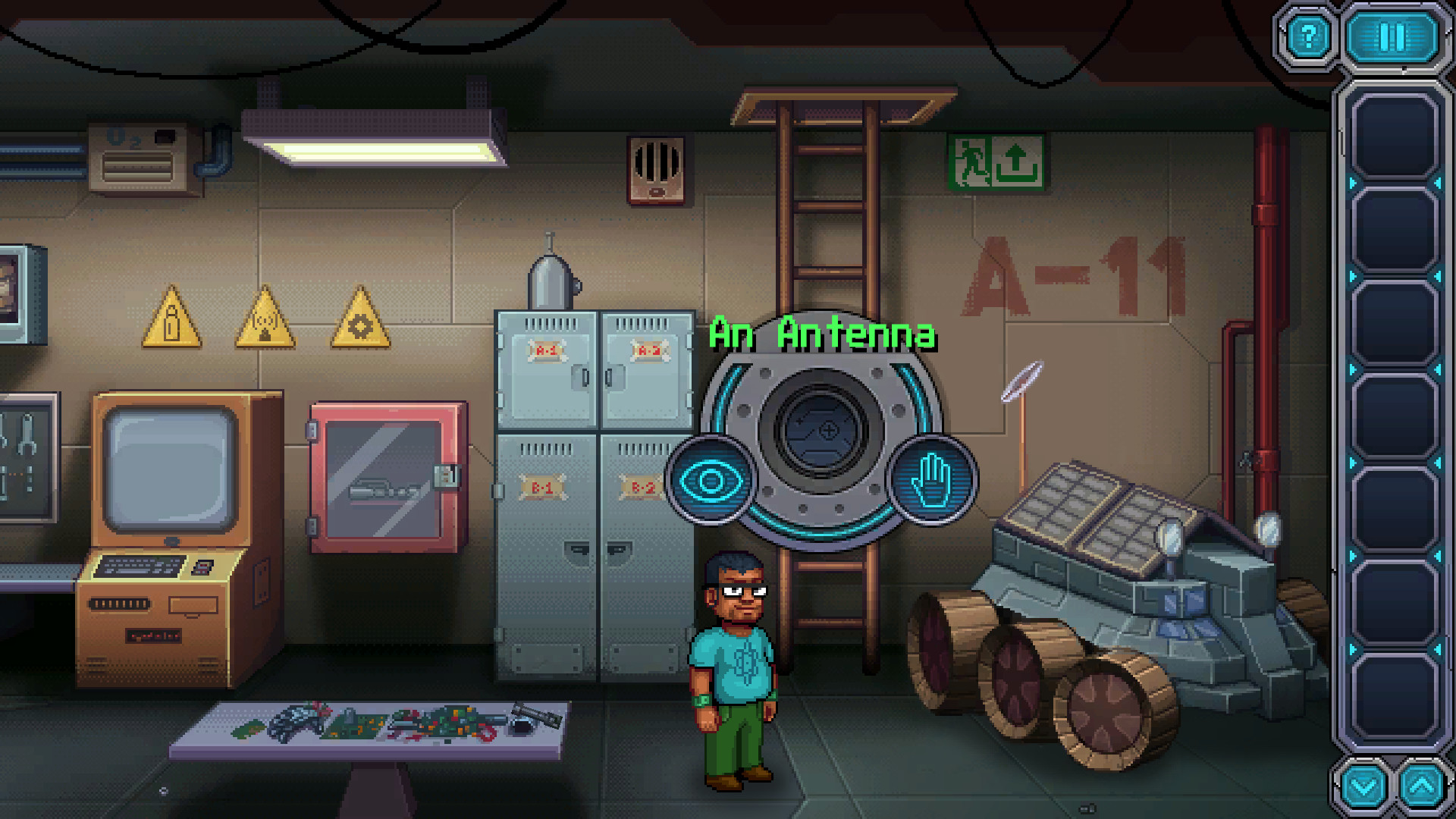 Gameplay is set up by episodes. The episode I just described is called the Pilot Episode, and is designed to introduce the player to the gameplay and concept. Upon opening the game, the player can choose which of the episodes to play, and there are 5 in total. It does not matter if you choose to play them out of order as they are each their own episode and can be enjoyed separately.

As for the soundtrack, there is an opening theme, but for the most part, this game takes place in a music-free environment. The thing I found most interesting was the realistic sound of the mouse squeaking in episode 1 and the birds also chattering in a lab that has live animals. The voice acting in this is well done, and one of the strong points. The robotic voice of Odysseus’s companion is- well, very stereotypical AI and Odysseus’s sassy voice makes for an enjoyable time. For the most part, you’re without music in this one. As such, I gave it a 3/10 on sound. A good game needs music. 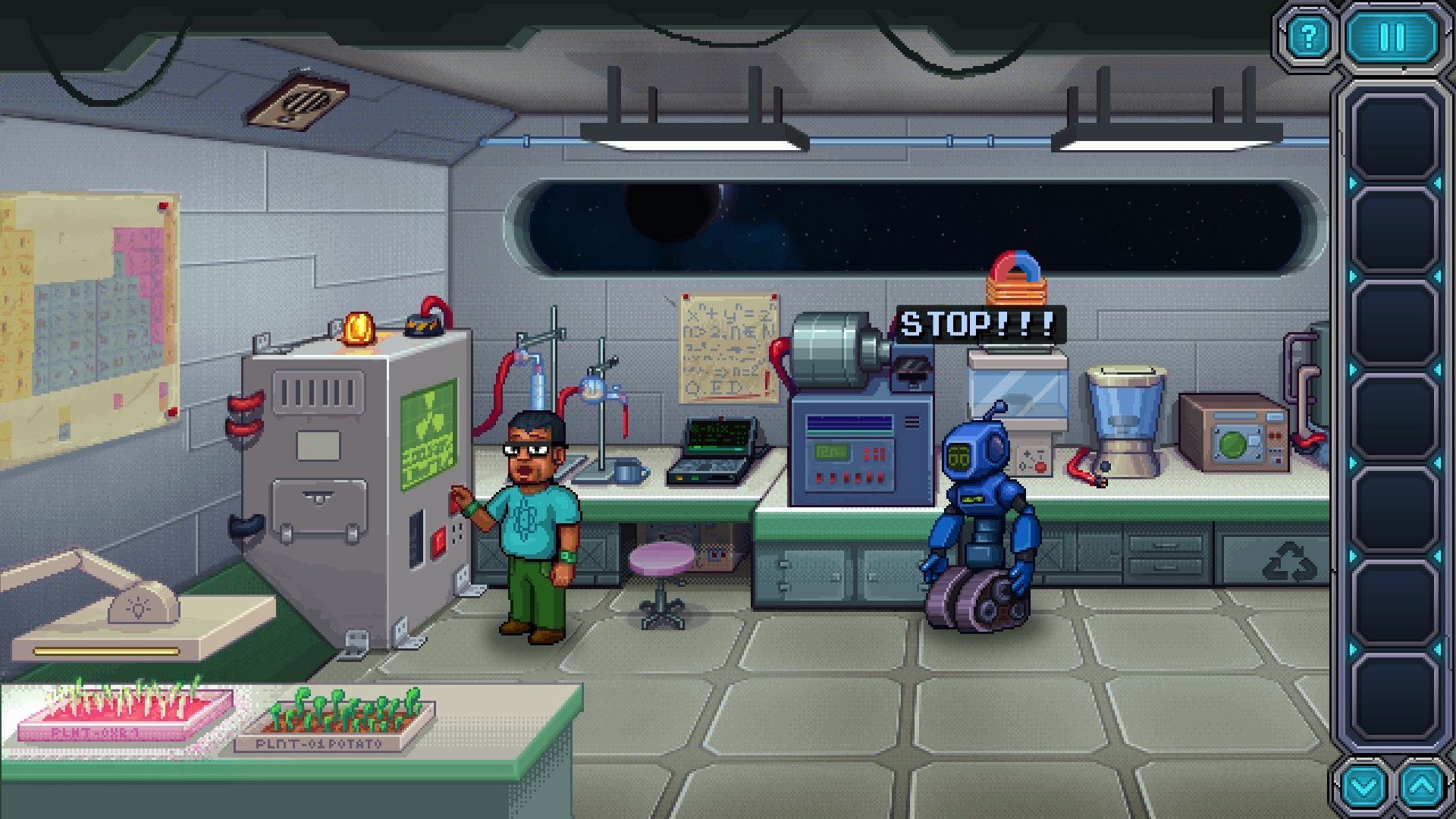 Are there moral concerns with the game? Yes. Odysseus says ‘d*mn’ and ‘d*mnit’ throughout as he encounters frustrations. There are some minor occult references with reference to ghosts, but there is not really any necromancy or magic. There’s no violence or blood or gore to speak of. There is no nudity or sexuality in the game- would be kind of hard to do that with a robot and one sole character, although in today’s world, some people would try. Very little prejudicial bias; the lone character, who is Black, is portrayed positively.

I found Odysseus a fun game, even if I found it tedious to get into. I think the idea of a lone player and a point and click adventure just didn’t do it for me. But is it a bad game? Not at all. I was able to enjoy it once I got into it. The main concern is the swearing. So I recommend it cautiously. No need to turn your conscience off to play it, but if you are sensitive to swearing or concerned about your kids being exposed to swearing, this is not the game for you.