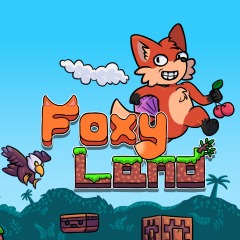 FoxyLand is a fun platformer where you run around an island, collecting gems and jumping over spikes with hopes to save your girlfriend. It is very short, but that is expected considering that it is only 5 dollars. It has 36 levels, plus 3 bonus Halloween-themed levels. Other than the length, it is great and I enjoyed it very much.

It is pretty fast-paced, which is part of the fun. Each level is different, but I can't say that the difficulty of a level depends on the number. During levels you will have to collect all gems, and once you do so it shows you where the goal is. You will sometimes have to solve a puzzle or find your way around some sort of obstacle to get a gem, while other times they will be out in the open, waiting for you to pick them up. There will sometimes be an enemy guarding it, too. 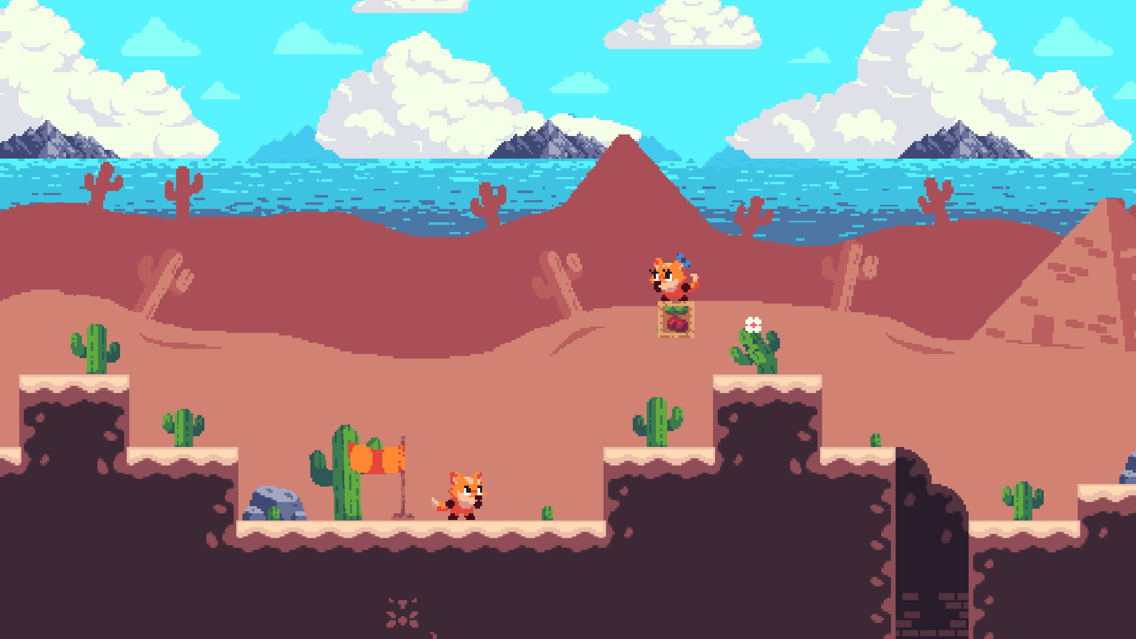 The story of FoxyLand is that a fox named Foxy is with his girlfriend, Jennie, and then an eagle swoops down and grabs Jennie and flies away with her. It keeps on dropping gems, which explains why you have to collect gems to beat levels.

One thing that I think FoxyLand needs is more boss battles. The only boss it has is a skeleton in the last extra level. In my opinion, it would be better if there was one every ten levels at least. Maybe even a boss on the last normal level would be okay, because I did not expect saving the fox's girlfriend to be that easy. 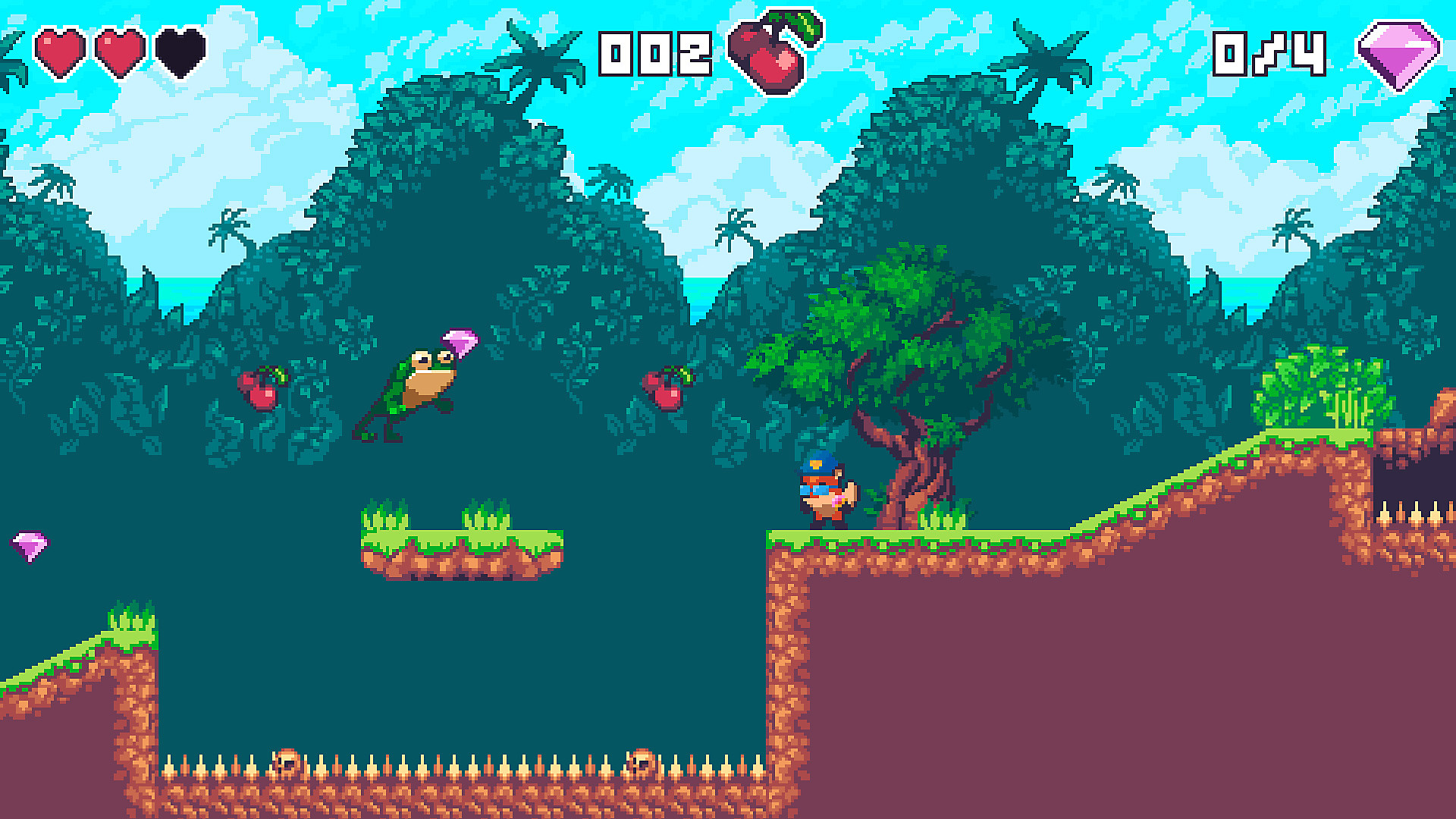 I think it is a little annoying that there are only 3 songs that play in the entire game, but they are pretty catchy. The same song plays on almost every level, which means that if you play FoxyLand, you will have to get used to it. The sound effects are pretty good, but they aren't accurate. The controls are great because they are easy to remember and learn. There are a few bugs, but not any game-breaking ones. The graphics are okay, but I think that they are supposed to look a little pixelated.

FoxyLand is an appropriate game for anyone to play, so there are not very many moral issues. It does have some cartoon violence, because you can kill enemies by jumping on top of them. You can also die by falling into a pit of spikes, but it does not have any blood. When you die, your character flies into the air and it looks like he crashed into the screen and cracked it.

This game entertained me, but it is not very long so I wasn't entertained for very long. You can give it to your child and I think they will enjoy it, but again, it won't take them long to beat it. Other than its length, it is fun and I recommend it to anyone who enjoys platformer games.