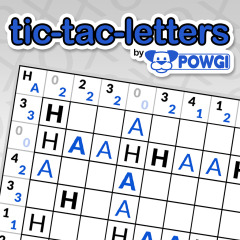 Thanks to Lightwood Games for a copy of the game to review for the Nintendo Switch. I enjoyed the challenge and how it slowly got harder along the way.

Tic-Tac-Letters is a fun puzzle game that shares a few similarities with Picross, but also adds an interesting Tic-Tac-Toe twist. The goal is to fill in all the boxes, and have the exact number of X's and O's for each column and row, while avoiding 3 in a row horizontally or vertically. On the harder levels, no two rows or columns should be the same. Each level has different letters to represent the X's and O's, but if that's too confusing there's an option called "Use XO". After beating each puzzle, a joke or pun is given. 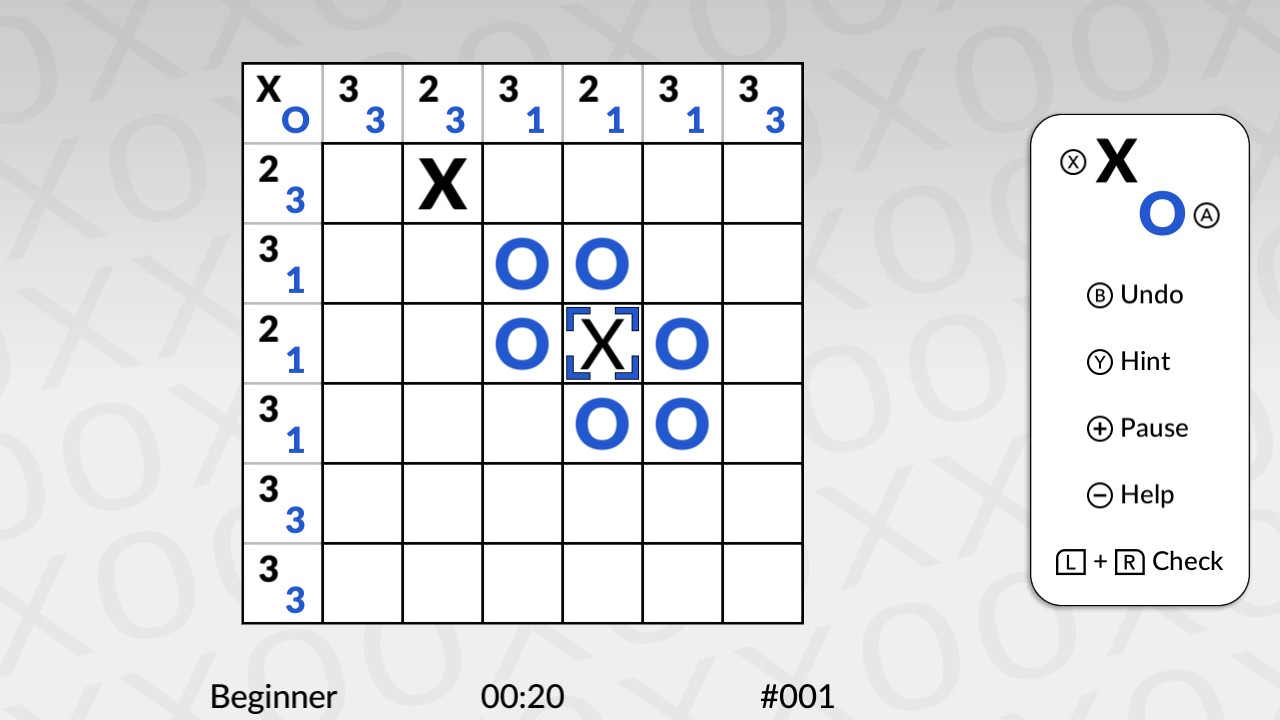 The game started simple. Look for two in a row and block them off at both ends. If there are no more O's in a row or column, they must be X's. Slowly, I noticed new tricks. If there are O's on both ends of a blank spot, the blank spot must be an X, to prevent 3 in a row. If there is only one O left to use in a row, that's a clue that I should be looking closer at that row. As the puzzles got harder, the tricks that used to be optional became necessary, building up to more and more difficult discoveries and more time spent solving each puzzle.

Unfortunately it's hard to reset a level after making a big mistake. If a mistake is made, it is necessary to either clear each individual square or use the hint system to fix mistakes until the level is beaten. Gameplay gradually gets harder, but the learning curve is rarely too easy or too hard. The puns and jokes after each level would be a nice touch, but most of them fall flat or don't make sense. For example, one pun is  “A huge thank you to my neighbor for letting me borrow her large plastic sheet. Ta Pauline!” 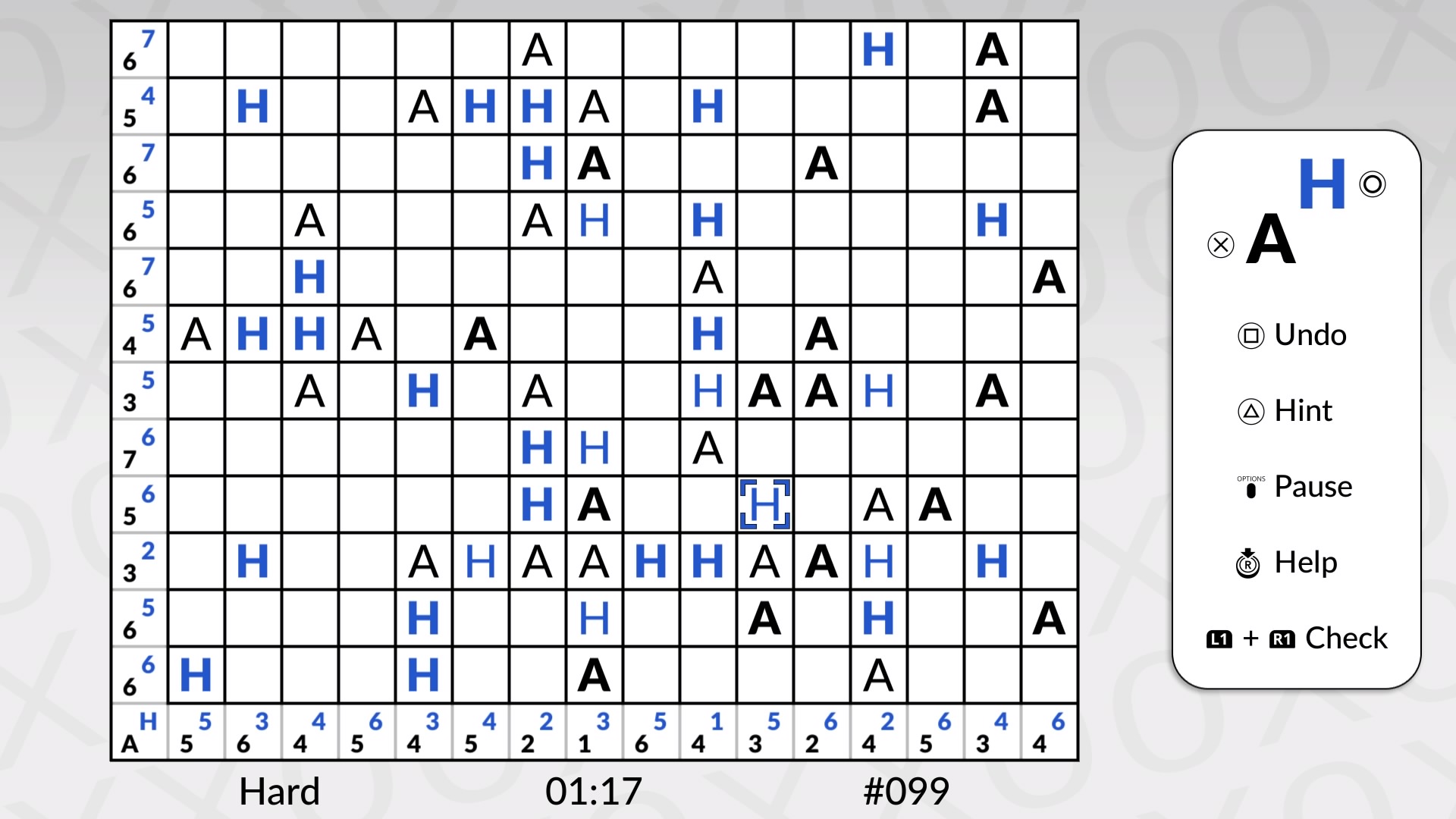 Controls are simple and easy to use. Control stick, d-pad, or touch screen to move the cursor, A and X buttons to place letters, and the rest of the extra controls are visible on the side panel at all times. All the background music is good, but one of the songs sounds like it doesn't belong because it is a bit too fast paced. The graphics are decent for a puzzle game and they don't distract attention from the game. The game is stable and bug free.

While Tic-Tac-Letters by POWGI has small issues, few of them are big enough to distract from the gameplay and excellent puzzle design. There are no moral issues for this game. I'm glad I got a chance to try this, and I would recommend it if you enjoy picross. Tic-Tac-Letters has been seen as low as $3.99 on sale.