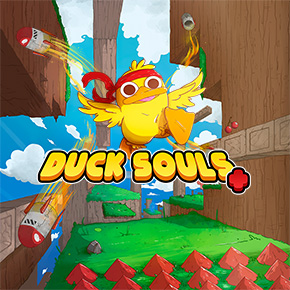 I'd like to thank Ratalaika Games for the review key for this game.

Sometimes, the simple can be the most fun, especially if you still manage to make it challenging while not being unfair. A platform side-scroller game with super hard spike trap puzzles called "I Wanna Be The Guy" was released a while back to do this. It was quite difficult despite being rather simple in design but inspired lots of players to try beating it anyway. Duck Souls+ is a game that tries to be a successor in many ways.

The gameplay is a duck themed spike trap avoiding platformer with some clever level design that makes them all possible to beat with a bit of patience. Sounds simple, as making it past lots of spike traps is essentially the whole game, but with around a hundred different rooms of increasingly complex design and harder to avoid spikes on the walls, floor, and ceiling, it gets hard fast. Aside from being able to jump and use a "dash anywhere" skill (even in mid-air), all you have to make it through these levels is your wits. 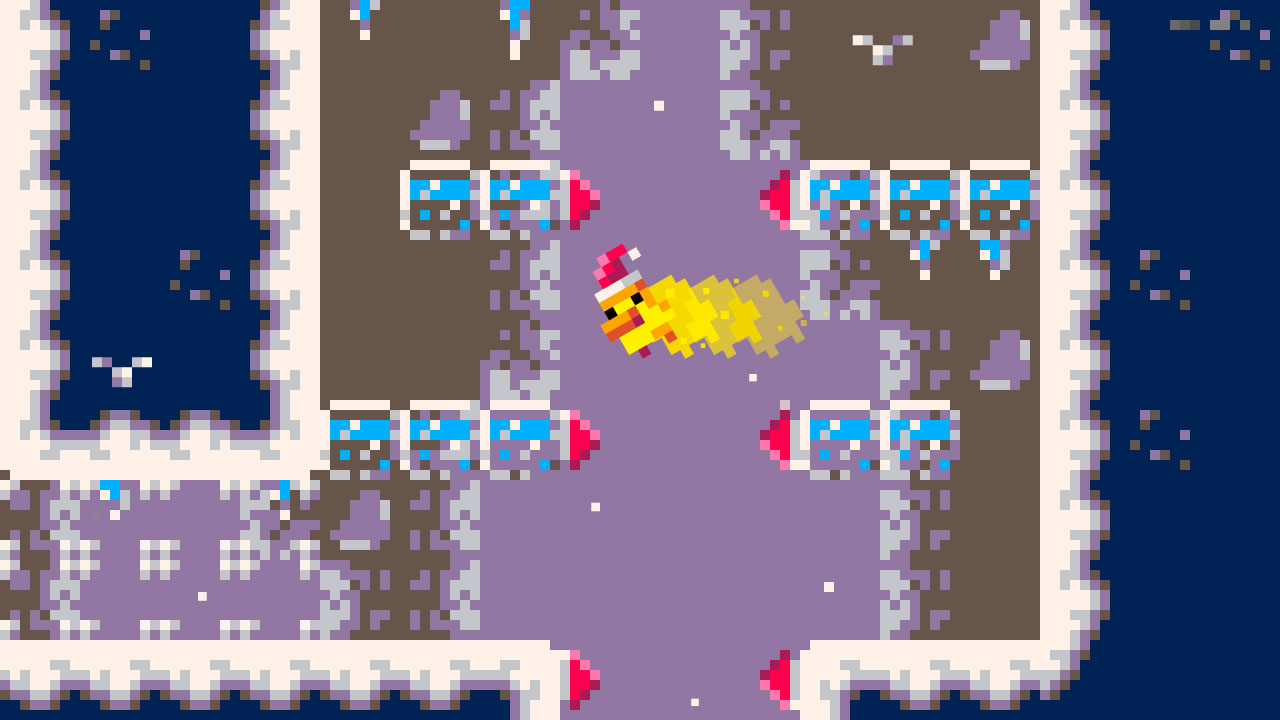 Strong Points: Hard puzzles that are all beatable with a bit a patience
Weak Points: Very few game modes
Moral Warnings: Blink and you miss it blood drops; Mentions/depictions of spirits in the intro sequence

The story is a pretty simple one. You are approached by the departed souls of ducks who lost their lives trying to make sure the eggs of your kind survived the gauntlet, and they want you to take up their mantle so their lives were not lost in vain. That's it for the plot, but it works.

There is an ability to find different headgear for your duck that is mostly cosmetic, but the meat of the game is surviving a hundred levels of spike traps and navigating various springboards, platforms, and other help and hazards to make it past all the spikes. Each level has a "halfway point" flag you can activate to make sure you don't have to repeat every level completely if you hit the spikes, which will be invaluable to your time and sanity, there is also a "casual" and "hard" mode depending on whether you just want to beat levels or race a clock. 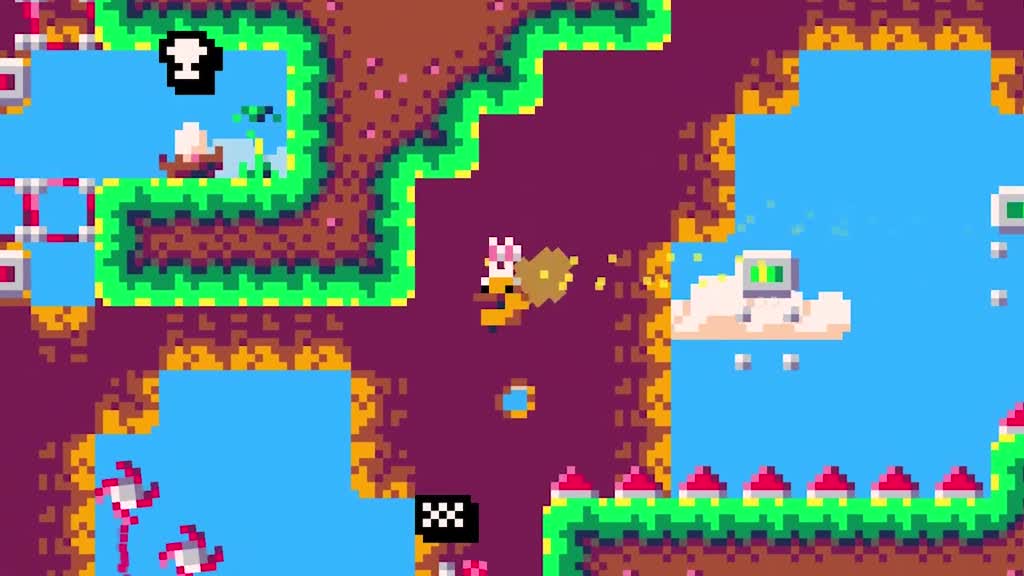 Graphics are charmingly simple and colorful pixel style graphics, rather like a decent NES game for the whole retro feel. Sound is also retro style as upbeat chiptunes that set the tense but fun mood. Controls are limited to the directional pad, the jump key, and the dash key. The simple controls are quite responsive though, so the only thing the player needs to do is have some good reflexes. Game stability is excellent, it loads fast and there are no issues of any sort I could discern.

Morally, there isn't much to worry about. Aside from some blink and you miss it reddish dots of blood when you hit spikes and die (and immediately respawn to try again), this is a pretty clean game. The theme of the departed souls of ducks asking you to take up their mantle is pretty inoffensive., and the fact they want you to make sure their quest to save the young of your race by completing a journey to safety they couldn't accomplish is pretty laudable on the face of it.

As a game, I found it simple but challenging so long as you have decent reflexes, and I saw nothing I'd be scared to let a ten-year-old see on the moral front. On both counts, if you have a challenging platformer itch, this is a simple yet fun way to scratch it.