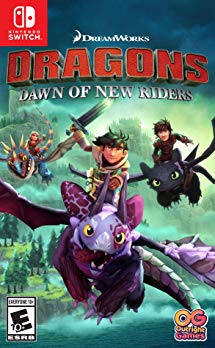 First of all, I want to thank Climax Studios for the code for this game!

Dragon Dawn of New Riders is an interesting game developed by Outright Games. It is part of the "How to train your Dragon" series, and is set in a cool fantasy, Viking setting with characters such as Patch, Scribbler and Astrid. The game begins with a dragon in an egg and you need to let the dragon hatch out of the egg. You are then able to control both Patch and Scribbler in a thrilling adventure!

Dragon Dawn of New Riders opens when you fly into a burning area. As with many RPGS, the plot begins with the age-old adage of the hero's hometown or area being destroyed. A second character is found by Hiccup, but does not remember who he is. The hero is thus named 'Scribbler,' as 'this will do until we find out what your real name is'. The adventure then begins with 'Scribbler' wondering how he will protect himself and the purple egg he has awoken next to. 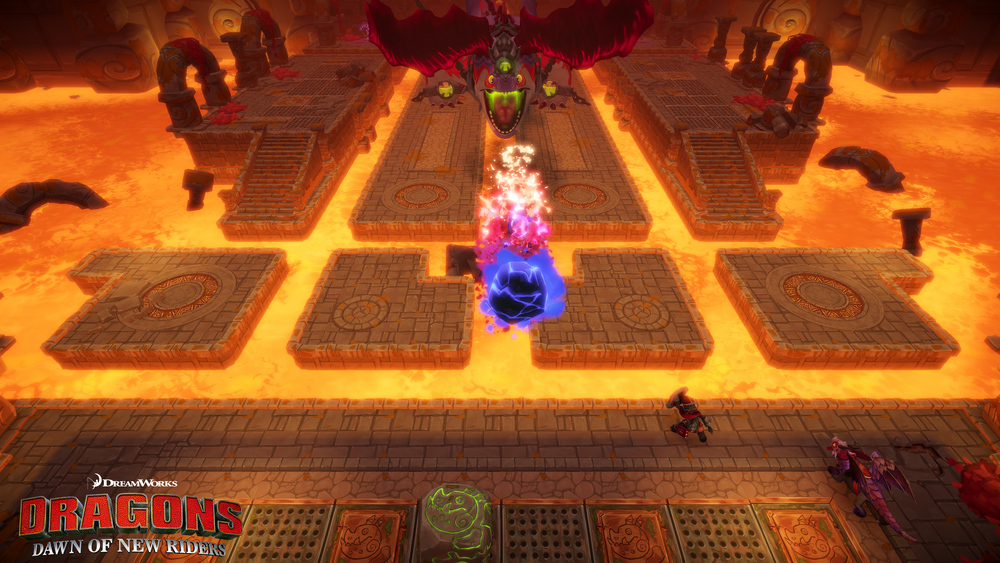 After that, Dragon Dawn of New Riders begins to explain the controls and missions and is fairly user-friendly. It explains right away how to open chests and that these chests contain valuables of various kinds to help in a quest. This is obviously designed for new gamers, as in earlier RPGs such as Zelda or Final Fantasy one would simply go up to the chest and open it without any explanation needed. As the journey starts, Scribbler first decides to just stay in his area, but then is harassed by Dragon Trappers who steal the dragon egg, thus making it necessary for him to fight them and get it back. Needless to say, the player now controls Scribbler and he goes after the egg. After some fighting, the egg hatches and we meet Scribbler's new dragon friend, an adorable purple dragon named Patch. Patch will soon become your best friend and constant companion.

Dragon Dawn of New Riders is divided into separate mission areas and each of these areas opens with an assignment telling you your primary purpose for being in this region. The only downside is they can be clunky at times, especially when flying. Also, the first boss fight was not explained well. In earlier fights, one had to bash at orbs to free certain dragons. The way it is explained at the first fight makes it sound like this is all you have to do, but when I tried to attack the dragon via this method, I got defeated. The way one is to defeat this boss is to have Patch stand on certain switches and raise platforms to stun the dragon and then you fight the Dragon Trappers. I could not figure this out without a guide. This was somewhat frustrating, as most guides to this game are on YouTube rather than text-based. But that is not the fault of the game itself. 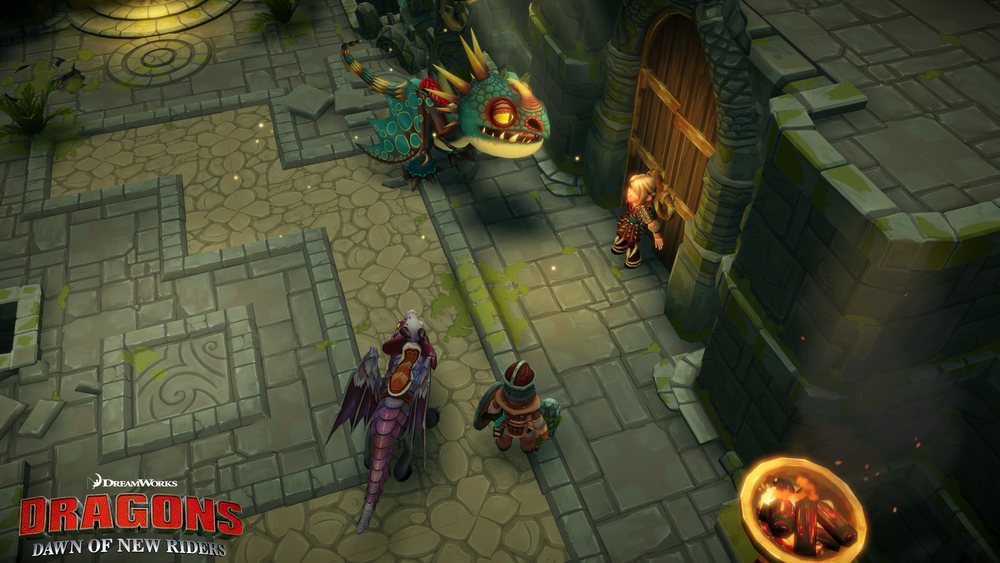 As Dragon Dawn of New Riders progresses, we are treated to several interesting characters. My favorite is Astrid, the alchemist. The controls are easy to figure out and are even explained. Gameplay is fun and interactive, but can get a bit repetitive at times as the missions tend to run into each other as time goes on. The game play is in the first-person in real time. It's quite similar to Zelda in that it is an open air area and you can explore the areas at will.

From a Christian perspective, how does the game hold up? Given that this is a fantasy RPG, magic is to be expected. Patch the dragon can breathe ice and has other powers, and alchemy is also used in the game, wherein you mix together different materials to create your healing items. The game is also set in a Viking setting, which is known for paganism, but there are not any scenes of worship in the game. The lines between good and evil are shown pretty clearly in this game, a refreshing change in a time period when these distinctions are getting more and more blurry. The Dragon Trappers are clearly shown as evil for trying to imprison the dragons and when the dragons are freed, it is a time of great joy for the dragons and their owner. Of course, dragons are mythological creatures so if that concerns you, that is the only thing to be aware of. Also, it is a very short game, and I was left wanting more.

All in all, this is a fun game, even if it can get tedious and boring at times. It reminds me a lot of Zelda and Final Fantasy for a new generation. The only concern from a moral standpoint might be the dragons and the alchemy. But I really enjoyed playing this and would recommend it as fun for the whole family.