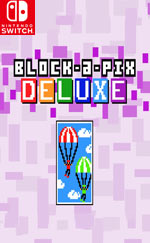 In 2018 we reviewed Block-A-Pix on the 3DS. The Deluxe version features a new collection of 120 puzzles of various sizes to solve. There are four free puzzles that are available in the demo and they’re included in the Extra menu on the full game.

Each puzzle has a grid of pixels with numbers on them. The numbers indicate how many blocks need to be filled with the designated color. With logic, you can deduce which direction to fill in the blocks with stretchable rectangular shapes.

Strong Points: One hundred and twenty puzzles to solve
Weak Points: It is too easy to have the game fix errors unintentionally
Moral Warnings: None!

When in doubt, you can check for errors to make sure you haven’t made any mistakes. You can have the errors automatically removed, but by doing so you will not have a gold medal by the completed puzzle’s picture.

Several times I have activated the fix feature unknowingly. Granted there are times when I have used it willingly, but most of the time it was activated unintentionally. I wish the default was NOT to automatically fix the error(s). I can backtrack my last couple of moves, but if it’s been over twenty moves and there are five errors, I’ll have no idea where to begin and will gladly sacrifice the gold medal to fix it automatically. 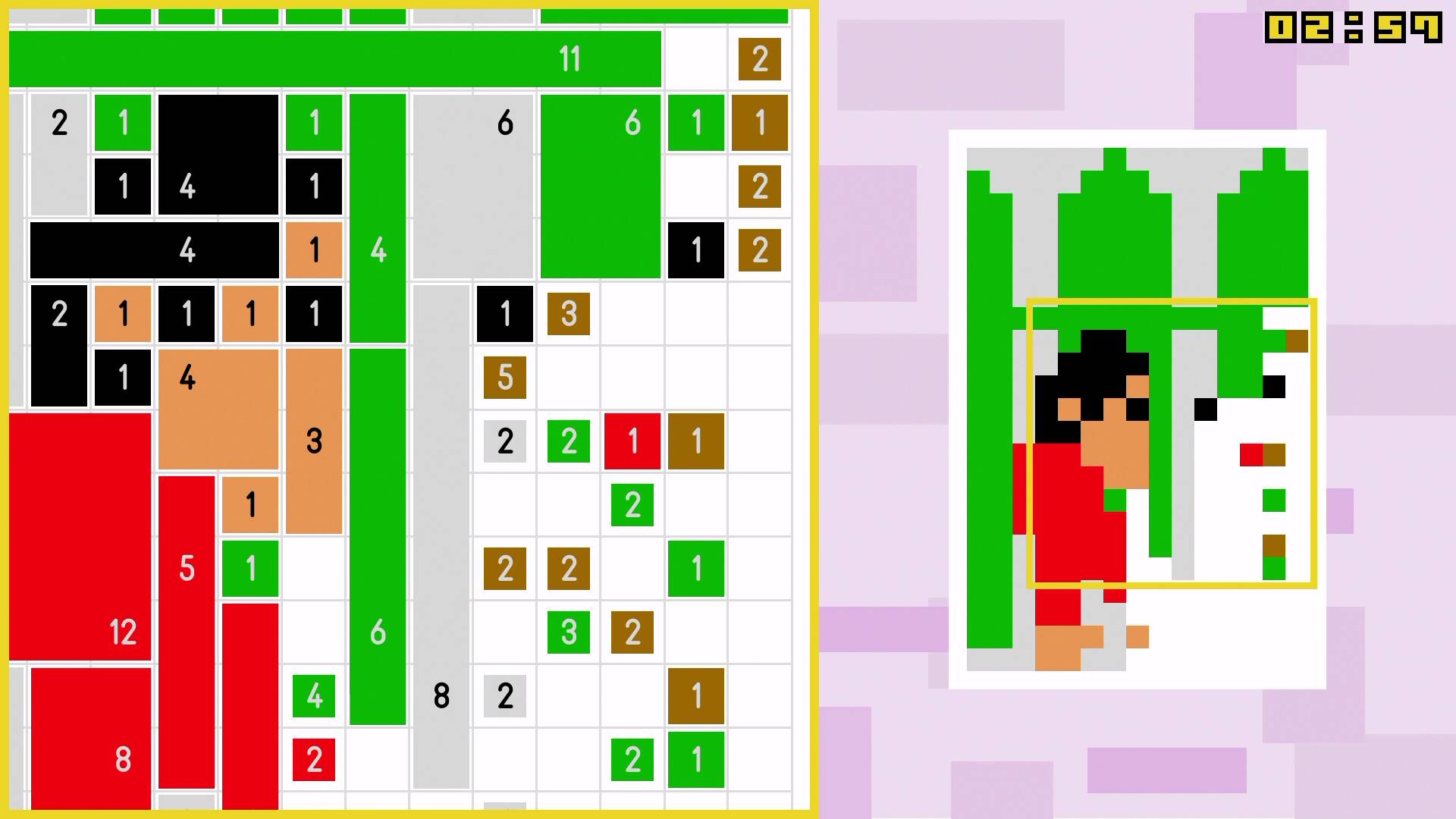 As you solve the puzzles, you’ll be timed on how long it takes you to complete it. One of the largest grid size puzzles (65X100) took me seventy-five minutes and thirty-five seconds to solve. Not all of the puzzles are that time-consuming. The smallest-size puzzles (10X15) usually took me less than two minutes while the 20X30 ones took me less than ten minutes to solve. The medium-sized (15X23) puzzle took me around five minutes to finish. One of the 30X45 puzzles took me seventeen and a half minutes to complete and the 50X75 size occupied me for forty-eight minutes. You don’t have to solve the puzzles in one sitting, you do have the option to save and resume them at any time.

The graphics are simple and the pixel art is nicely done. The background music is pleasant but repetitive. Even though my kids haven’t played this game yet, they did get the music stuck in their heads from my playing sessions.

Block-a-Pix Color is a nice family-friendly title that can be enjoyed by people of all ages. There are no moral issues to worry about. The asking price of $7.99 is reasonable as this game can keep you busy for several hours at a time.