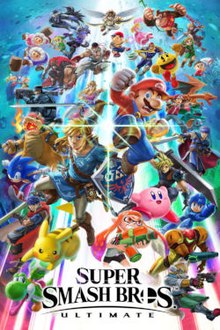 The Super Smash Bros series has always been a celebration of all things gaming, but this latest incarnation has turned it up to eleven. If this truly is game director Masahiro Sakurai's swan song to Smash, then he will be remembered as a legend who went out on top. This is a game for all ages, all skill levels, and every one of us who has ever wondered what Kirby would look like if he ate a Piranha Plant.

Super Smash Bros is a rare fusion of competitive fighting game and mad-cap party game. Despite the game's extensive single-player offerings, this is a game best played with friends, preferably in the same room, though the online features are much improved for this edition.

Something special happens when you get a group together for Smash. Along with Mario Kart and Mario Party, it is known as a truly potent gaming catalyst. Even players of drastically different skill levels will soon be laughing and gloating thanks to the game's balancing features and game-changing items. And with the Switch's peerless portability, it has never been easier to take Smash to the people.

The crux of a game of Smash is simple to understand and the quick, action-packed matches are as fun to watch as they are to play. The goal is to knock the other players off of the stage (or off-screen) by punching, kicking, shooting, throwing, stomping, and of course, smashing them. The more damage a character takes, the easier they are to launch. Don't be surprised if a particularly beat-up character is sent flying into the stratosphere. 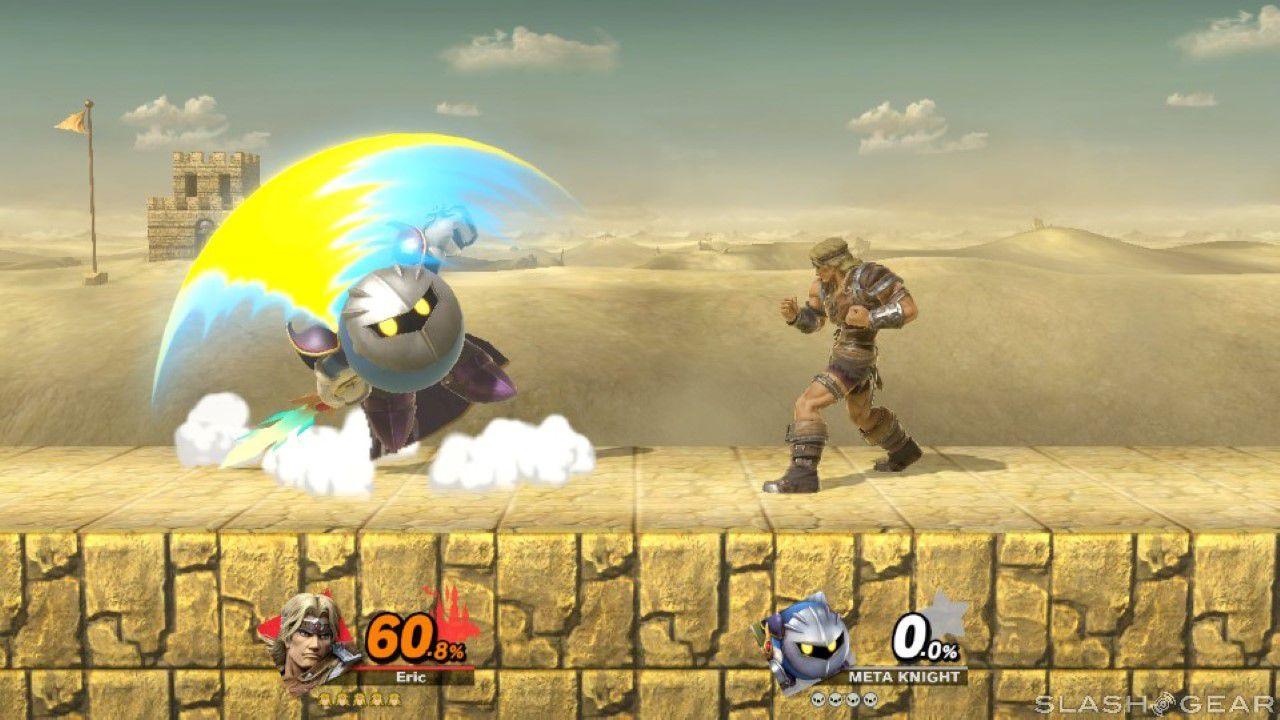 Strong Points: A supremely polished fighter that represents the best of Nintendo; Captures a pure sense of fun; Endless replayability.
Weak Points: There isn’t much of a story here outside of a fancy cutscene.
Moral Warnings: Cartoon violence aplenty; The fighter Bayonetta checks all of the boxes when it comes to moral warnings (she is a gun-toting, hypersexualized witch who fights the forces of both Heaven and Hell.)

The controls are simple enough for anyone to pick up and play, but to master the game's roster (69 base characters plus the downloadable fighters, each with their own array of special moves) will take skill and dedication. Unlike other fighting games, where moves might be tied to an arcane sequence of several button presses and analog stick movements, attacks in Smash Bros require only a single button press. All basic attacks, your close range kicks and punches, are mapped to the A button, while your special moves are mapped to the B button. While pressing one of these two buttons, you can tilt the left analog stick to unleash different attack moves. It's a simple, smooth, and intuitive control scheme that doesn't lack for depth.

While the real meat of the game is in the multiplayer Smash mode, with a slew of customizable rule sets and modifiers you can tinker with to your heart's content, the fun doesn't have to end when your friends go home. The online play mode runs much more smoothly than previous iterations, which were nigh unplayable. Features like online match preferences, customizable lobbies, and background matchmaking prevent online multiplayer from feeling like a headache.

On the single player side, returning challenges like Classic Mode and minigames like Multi-man Smash are fun as always, but Ultimate also boasts the most compelling single-player experience in series history with the addition of Spirits.

Spirits, like the trophies from past games, are collectable characters from the wide world of video games. However, the key difference is that Spirits can be used to provide power-ups and special bonuses to your fighters. 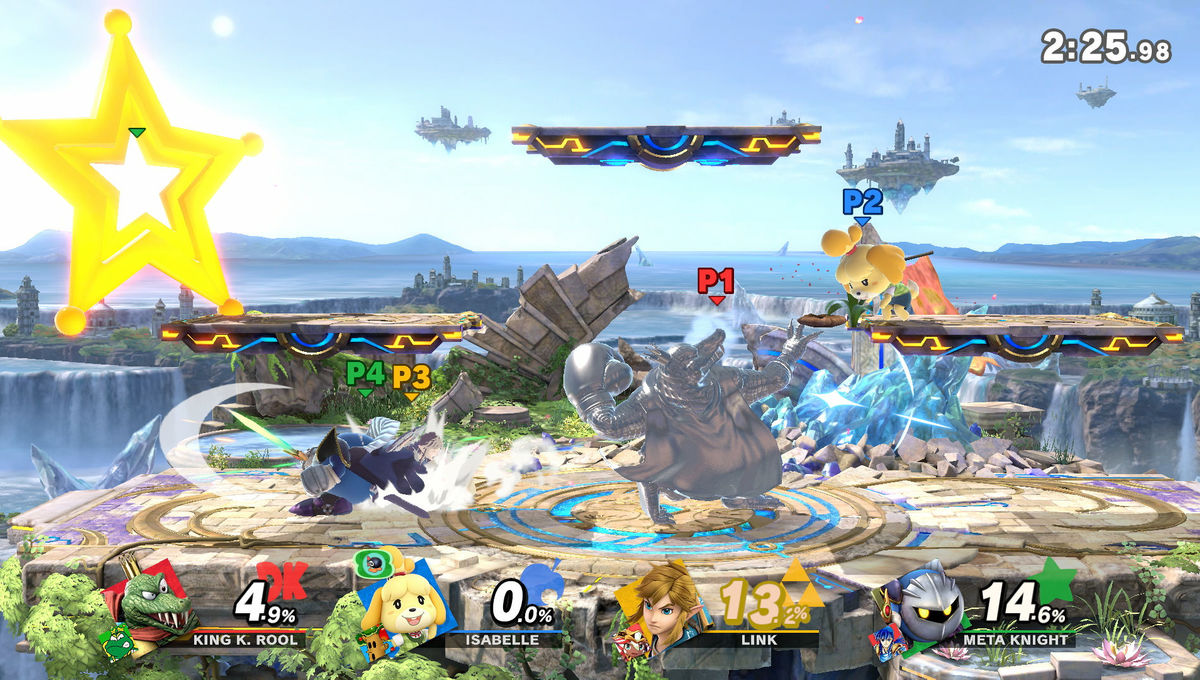 In the World of Light mode, you travel an overworld map and take on Spirit challengers. If you defeat them, they're yours to keep. The harder the battle, the stronger the Spirit will be. Not only can you collect them, you can also level up your Spirits by taking them into battle, unlock new abilities or fighting styles, and even merge them into more powerful Spirits. I was surprised at just how comprehensive the Spirit system was, which only adds to the simple joy of recruiting your favorite obscure character.

The Spirit Board mode offers a rotating cast of powerful Spirit challengers that you can take on to unlock rare spirits not found in the World of Light.

Smash Bros is a game I've been playing since childhood, and it's unfortunate to see that it has lost a bit of its family friendliness. The violence involved is as silly and unrealistic as ever; no one is ever seriously hurt. However, characters like Snake bring realistic military hardware into the ring, as does Bayonetta, in addition to her blasphemous, occult, and over-sexualized stylings. It is unfortunate that there is no way to disable characters like these or prevent them from appearing. While most of the roster are friendly, cartoonish characters like Mario or Yoshi, the notable exceptions will stick out like a sore thumb.

If ever there was a perfect game, this is it. Super Smash Bros: Ultimate succeeds in everything it set out to do, increasing the quantity of characters, stages, and modes without sacrificing quality. This is a polished, heavy-hitter that will be seen as one of the Nintendo Switch's crown jewels for years to come.