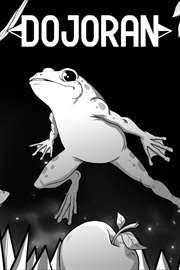 Dojoran is a side-scrolling 8-bit style platformer where you play as a frog trying to prove your worth as a ninja frog. Many obstacles will block your way such as spikes, turrets, swinging ball-and-chains, as well as many others that will try to kill you.

As a frog, you have learned very quickly that the world you live in is very unforgiving and can be very terrifying. In order to survive, you need to go to a special dojo in which the game takes place. 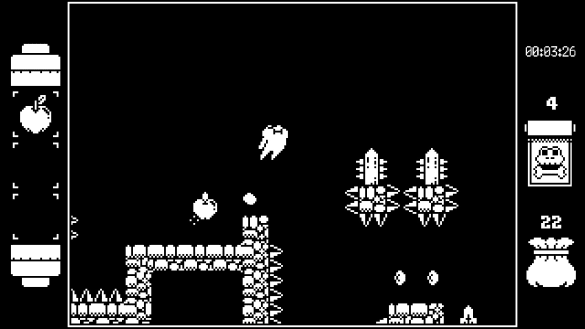 Without collecting any items, you have the ability to stick onto and jump up walls as much as you want. If you collect an apple, you get another powerful single-use ability. Now, it is common knowledge that frogs do not eat apples. Instead, you can spit the apple out of your mouth (which is surprisingly big for a frog) for a double jump. You can then bounce on top of that apple to propel yourself into the air even more. Also, you can find a fairy that will protect you the next time you get hit, and a giant coin that will give you a lot of coins. The giant coin takes a few seconds to activate, which means that if you die while carrying it, you will lose the coins that it would have given you.

As I mentioned earlier, there are also a lot of obstacles that you will find. Some of them are enemies that you can kill, but most of the others are impossible to destroy. The enemies consist of mainly slugs and birds, but there are a few others that you will come across later in the game. The thing is, most of the enemies are used to bounce off of more than to have them try to kill you. There will often be a level where you have to jump off of enemies to get across a large gap or something similar. The obstacles can be pretty cruel, but the levels are still pretty fun. The ones you will see the most are spikes and spinning bars. All of the obstacles kill you when touched, as you only have one health point (with the exception of when you have a fairy). 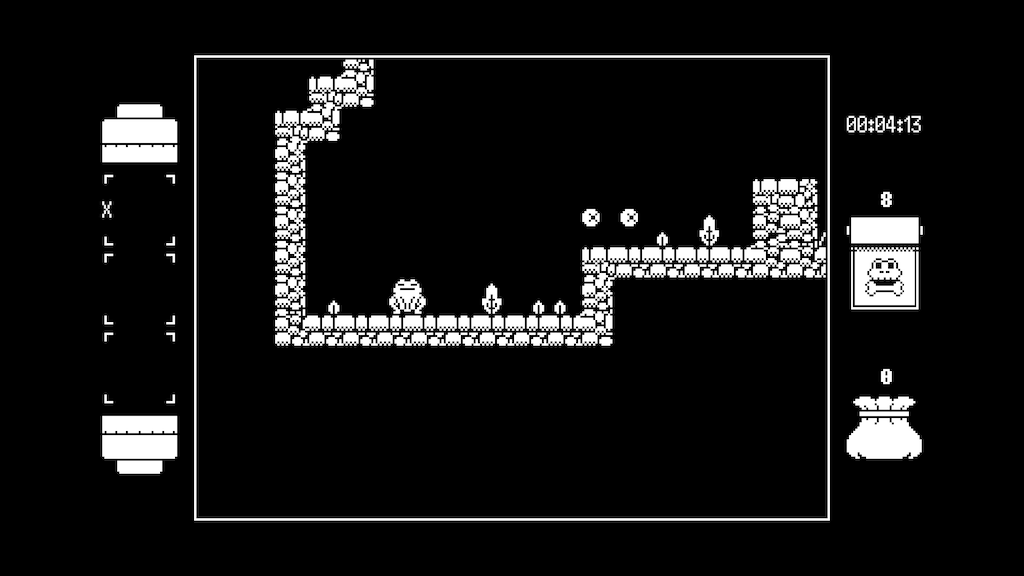 There are a couple of songs, all of which are in an 8-bit chip-tune style. The graphics are the same way, except there are no colors other than black and white. There aren’t too many glitches or bugs that I found, but the hitboxes on some of the obstacles and enemies are a little bit off.

There are no major moral issues, as the little dialogue that there is does not have anything that raised any red flags. There is, of course, minor violence, as you are required to kill enemies to pass some levels.

I enjoyed playing Dojoran, and recommend it to anybody who likes a good challenge in platformer games. The only other thing I would like to say is that whoever designed the levels is a very, very sadistic person.