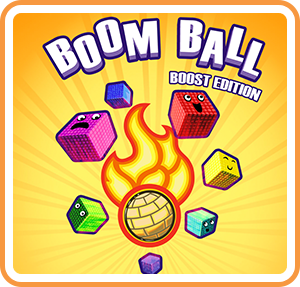 Thank you Virtual Air Guitar Company for sending us this game to review!

Boom Ball: Boost Edition is a fun 3D version of Breakout. Your goal is to hit and remove all of the blocks using your ball and keeping it in play. Though you start off with one ball, you can wind up with up to twenty-four in play! As long as you can keep track of one of them, you won’t lose any of your lives.

There are fifty levels on the main map with ten more that can be unlocked with medals earned by completing a level. Each stage can earn you up to four medals if you can clear it, beat the gold time, not lose a ball, and complete it in turbo mode. In turbo mode you only have three balls instead of five.

Along with adding more levels, you can unlock various paddle designs with medals as well. There are lots of colors and avatars available. If you use the touch screen controls, you don’t get to see the paddles though. While the motion controls are a neat concept, I found them finicky and struggled to complete the tutorial using them. The touch screen worked well for the most part except for the time where I could not trigger the last block explosion without switching to the motion controls. Thankfully, you can toggle between controller modes mid-game, but doing so costs you precious seconds if you’re aiming to beat the gold medal time. 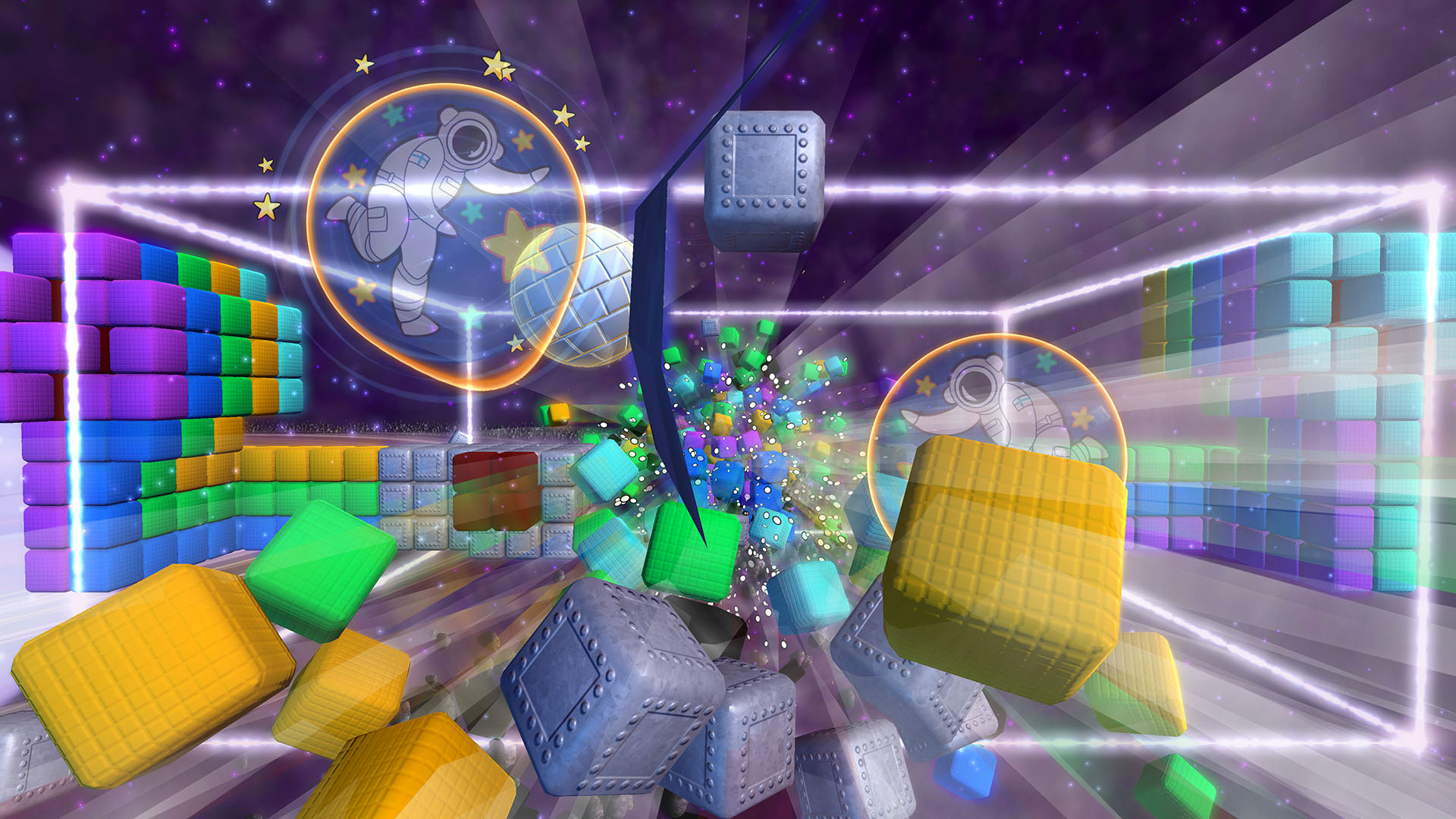 Strong Points: Lots of variety in levels and balls available
Weak Points: The controls can be unresponsive at times
Moral Warnings: Some levels have witches, skeletons, and other creepy Halloween-like themes

With each block you take out, the boom meter will fill up. When the boom meter is full, you can hurl explosive balls at the remaining auto-targeted blocks. The boom mode makes finishing a level with only a few blocks left much quicker. Besides exploding balls, there are bigger ones, heavier ones, and multiple ones available in many of the levels. The different ball types and level themes keep this game fresh and exciting.

Each level has multiple themed waves. Some of the levels are in the daytime while others take place in the evening or in outer space! In the beginning, the shaped blocks are stationary but eventually they start to move around. Both stationary and moving obstacles are introduced later on in the game. 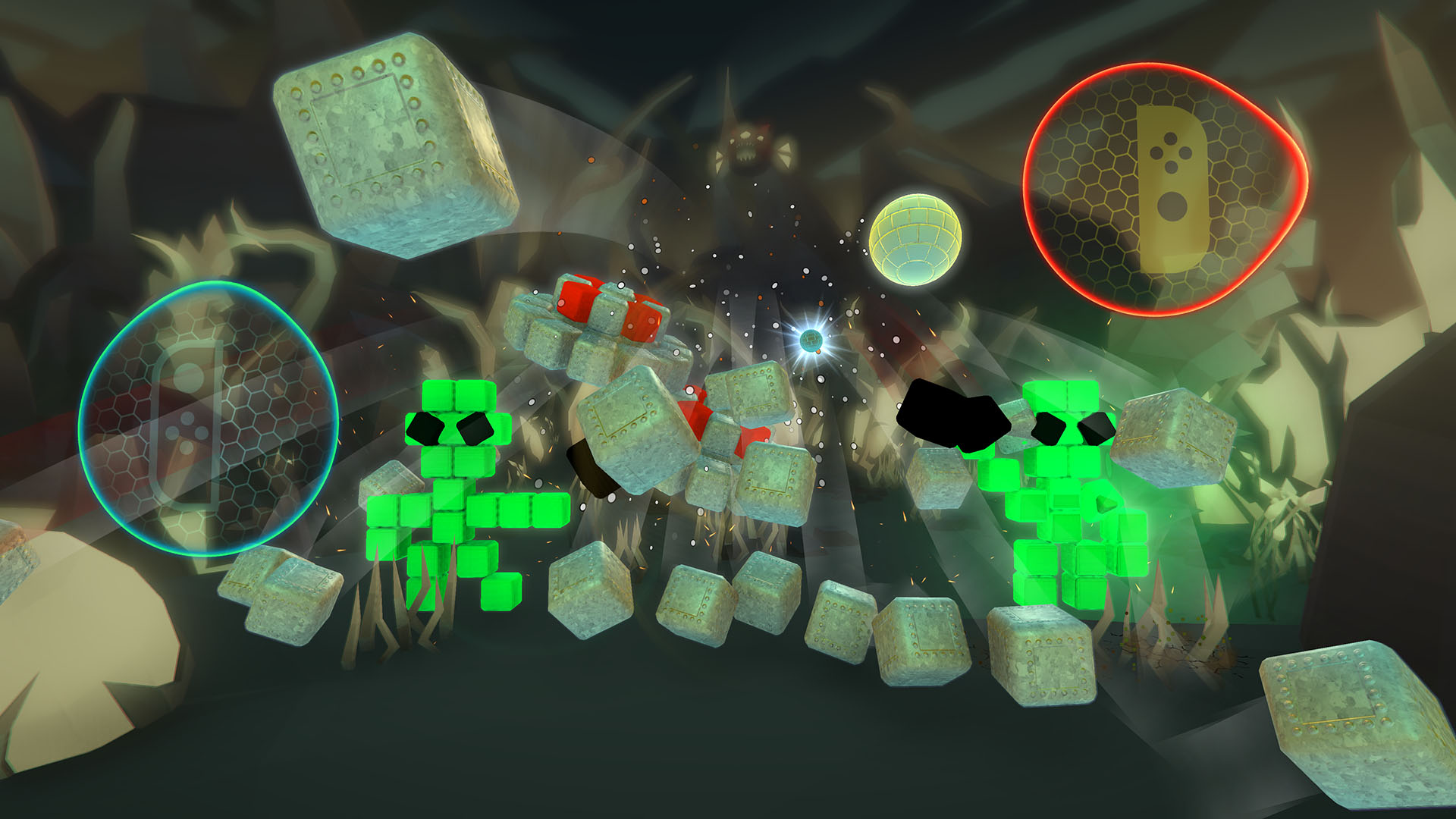 The visuals are colorful, detailed and nicely animated. I like how the doodles on the map’s background animate when you hover over them. The background music is pleasant, but not memorable. I like the breaking glass sound for when a ball is lost.

Boom Ball: Boost Edition is a family friendly game that can be enjoyed by gamers of all ages. There’s little to complain about morally. With that said, it should be noted that a few of the blocks are shaped as witches or skeletons as some of the levels have a creepy/Halloween feel to them.

By sharing the Joy-Cons, two players can play simultaneously. The touchscreen experience is better suited for single-player though. I’ve been spoiled by the accuracy of Virtual Reality to appreciate the motion controls that this game offers. The rumble support is a nice touch if you prefer to play with controllers. In the end, the asking price of $12.99 is reasonable with the amount of content and replay-ability this title offers. If you’re a fan of Breakout, you’ll enjoy Boom Ball: Boost Edition.