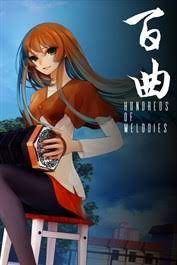 Most of the visual novels I’ve played take place in Japan. Bai Qu: Hundreds of Melodies take place in China and is voice acted in Chinese. It’s a nice change of pace, though it took some getting used to. There are subtitles available if you' don't speak Chinese. The story begins with a character named Xiao Su who receives an unexpected package that was supposed to go to his former neighbor, Li Jiayun. Upon asking around for her new address, he discovers that she’s now dead. While reminiscing about her, he receives a knock on the door from a young gentleman named Wei Qiuwu who asks if he has received an unexpected delivery recently.

Xiao Su and Wei Qiuwu exchange stories about how they got to know Li Jiayun and most of the game is told from Wei Qiuwu’s perspective. Despite Xiao Su knowing Li Jiayun longer, Wei Qiuwu spent more time with Li Jiayun in the last six months of her life than Xiao Su did in her entire lifetime.

Li Jiayun has had health issues since childhood. The game doesn’t go into specifics, but there are multiple surgeries involved and mention of waiting for a transplant. When Wei Qiuwu’s father was in the hospital for an ulcer, he met Li Jiayun as she was playing her concertina. They started talking and a friendship blossomed as a result. Even after Wei Qiuwu’s father was discharged, Wei Qiuwu would find excuses to go to the hospital to see Li Jiayun.

There are a few choices to be made throughout this visual novel. Depending on your choices, a romance can develop between Wei Qiuwu and Li Jiayun or with another female character. Wei Qiuwu’s parents are anxious for grandkids so they’ll be rooting for him no matter which female he pursues.

Li Jiayun has many friends and family members that visit her in the hospital. While she’s not in the hospital, Wei Qiuwu and Li Jiayun’s friends and family hang out together. A good portion of this story revolves around Li Jiayun being a lead character in a school play and all of the preparation that goes along with that. There are some other events like partaking in a picnic and Wei Qiuwu teaching many of the girls how to ride a bike for the first time.

Most of the dialogue is light-hearted and fun, but there are some serious moments and taboo topics brought up. One of the characters recalls being beaten by her parents with a cane so badly, that she couldn’t walk for a couple of days. {spoiler}With the constant health issues and pain, Li Jiayun doesn’t wish to suffer or be a financial burden to her parents and goes to a facility that offers euthanasia.{/spoiler} 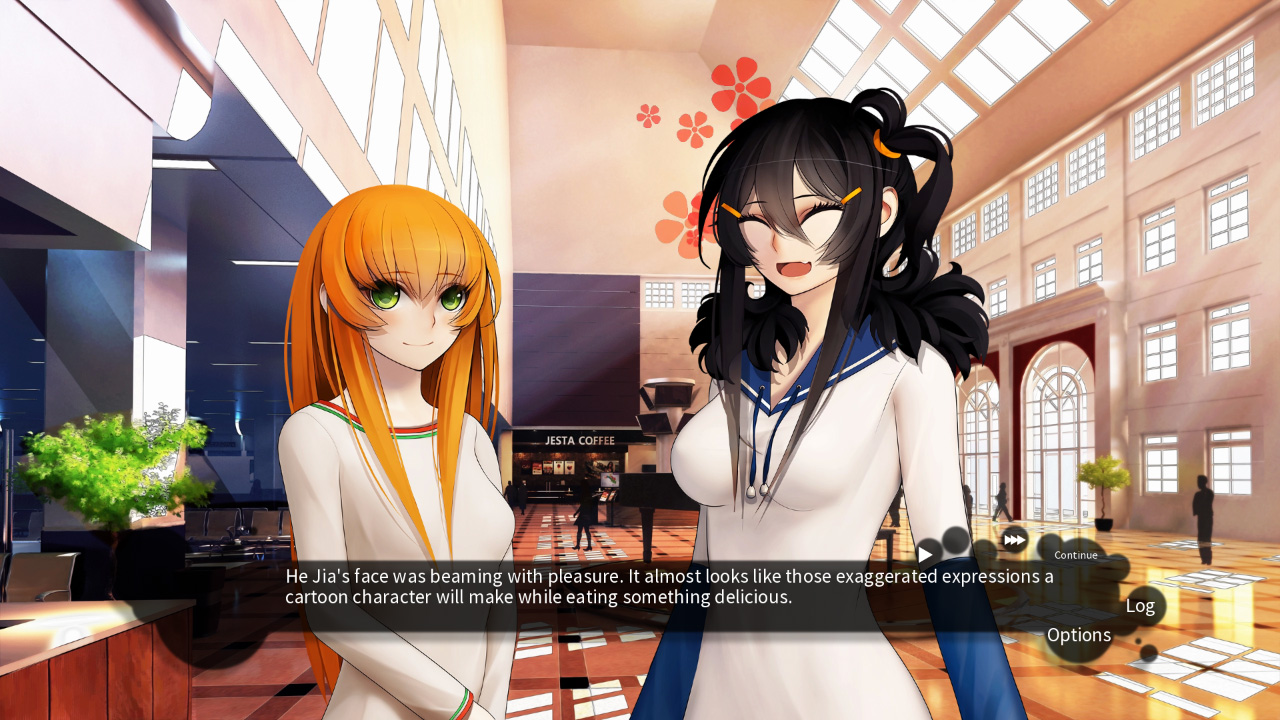 Foul language is present and has a variety of curse words falling short of the F-bomb which is never dropped. The Lord’s name is taken in vain on multiple occasions though. There is some sexual dialogue as Wei Qiuwu’s parents tell him to practice safe sex and leaves a condom behind in his bedroom before they go out somewhere. In one of the endings, Wei Qiuwu lives with his love interest before marriage.

The production quality of Bai Qu: Hundreds of Melodies is superb with the voice acting and 4K background images. The character art is unique and sadly offers quite a bit of fan service. You’ll see well-endowed females wearing tight fitting shirts with outlines of their nipples. They don’t appear to be wearing bras. Thankfully, they are wearing underwear for the numerous up-skirt shots you’ll see throughout the story.

Bai Qu: Hundreds of Melodies provides a memorable story that has a touching ending. In the beginning of the story you know that Li Jiayun dies. How and why it happens is a bit sobering. While I appreciated the 4K artwork on a big screen, I was not thrilled with the sexualized female characters. If the crotch shots and language doesn’t bother you, Bai Qu: Hundreds of Melodies is worth checking out.