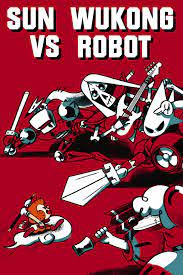 Sun Wukong sure has been getting a resurgence in media these days. This time, the popular mythological Chinese character is in a miniature 2D Metroidvania titled Sun Wukong vs. Robot—or in simplified Chinese, it would be Monkey King vs. Robot King. Both titles are weird because there are four main robots to fight, and there is no “Robot King” to be found in the game whatsoever (unless all four robots are kings).

Beginning with a pretty impressive sprite-based cinematic and a small intro, developer Bitca explains the very light story. Sun Wukong was battling these four robots and ended up losing. They all imprisoned him in both mind and body while he slumbered for 500 years. Now, Sun Wukong awakens again to defeat the four robots to release the Mind Locker on his head and earn his freedom.

Like many Metroidvanias, Sun Wukong vs. Robot has freedom and somewhat non-linear progression. You’re free to explore the huge area while collecting various powerups to make progression easier in some areas or to unlock specific parts to further open up. Wukong starts off fairly weak as he’ll only have access to simple movement, one jump, and his iconic staff. Before long, he’ll be dashing, shooting eye lasers, and using his magic hulu (gourd) to dispatch robots. Scattered across the land are containers that either increase his maximum health or maximum magic. 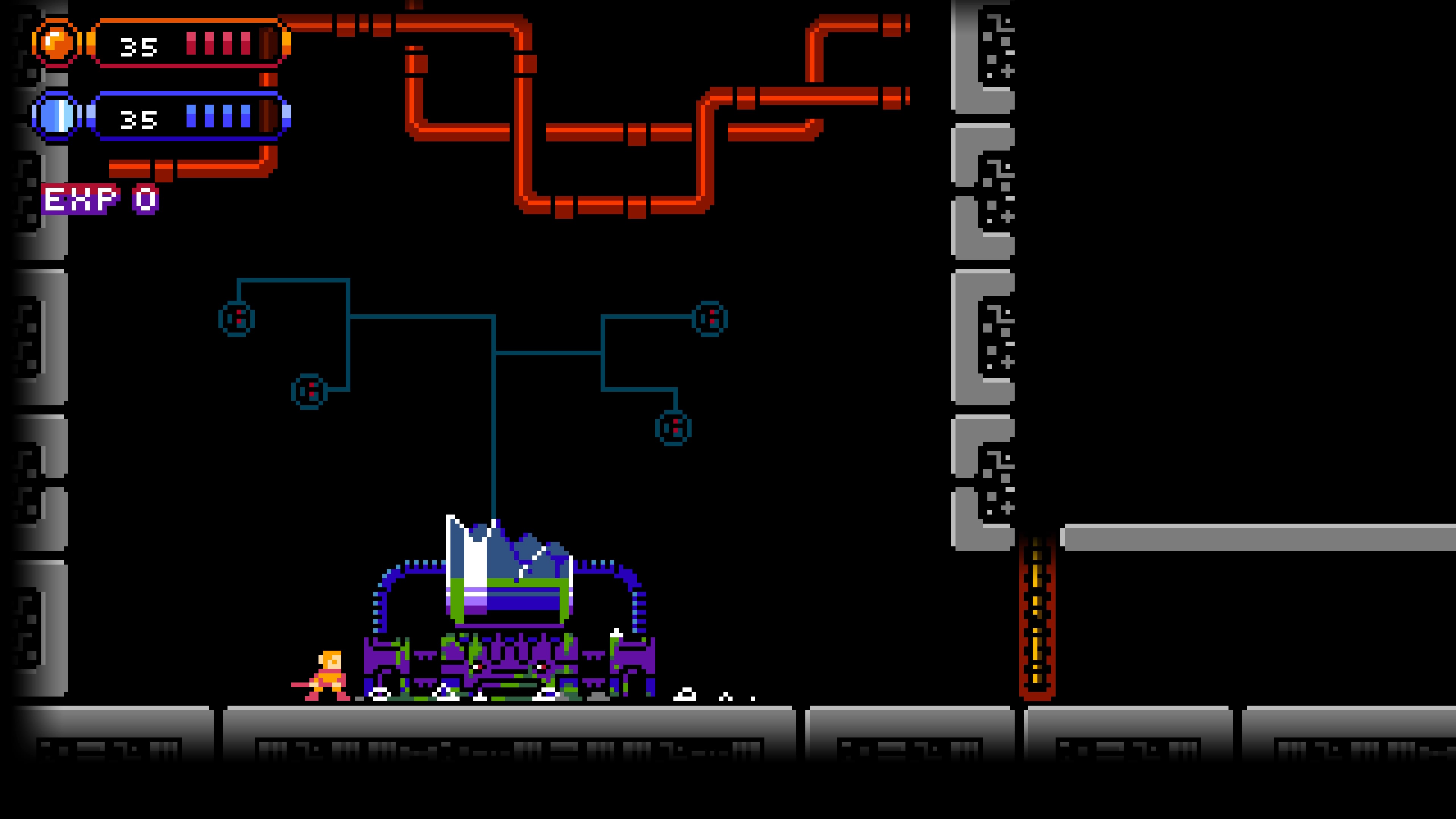 With every enemy defeated, Wukong will earn experience which he can expend at various locations to increase his damage, gain certain immunities, or bolster his defense. Although the game can be beaten without any of these upgrades, they do make traversing the unknown land easier and frankly more fun. As Wukong has a sense of progression with his abilities, I do feel it skews towards an imbalance in abilities the further you get in the game. The experience strikes a nice balance between challenging and accommodating, but encounters will get significantly easier once the hulu is unlocked and you understand just how powerful it is for boss encounters. Some moments can lead to taking cheap forms of damage due to the field of view and your lack of options at first. It can be annoying, but those moments are pretty few and disappear almost entirely once you have your full arsenal.

Sun Wukong vs. Robot in the visuals and sound department takes more from the “Metroid” side while the combat is more alongside the “Vania”. The areas have lava pits, electric fields, and a pitch-black background with eerie notes playing through the whole area. The sense of loneliness and dread is just like most Metroid games and the enemies wouldn’t be out of place in said game either. Every enemy is robotic in nature, but a good number of them resemble real-life animals. However, whenever boss fights happen, the foreboding music is replaced with rock and heavy metal instrumentals. 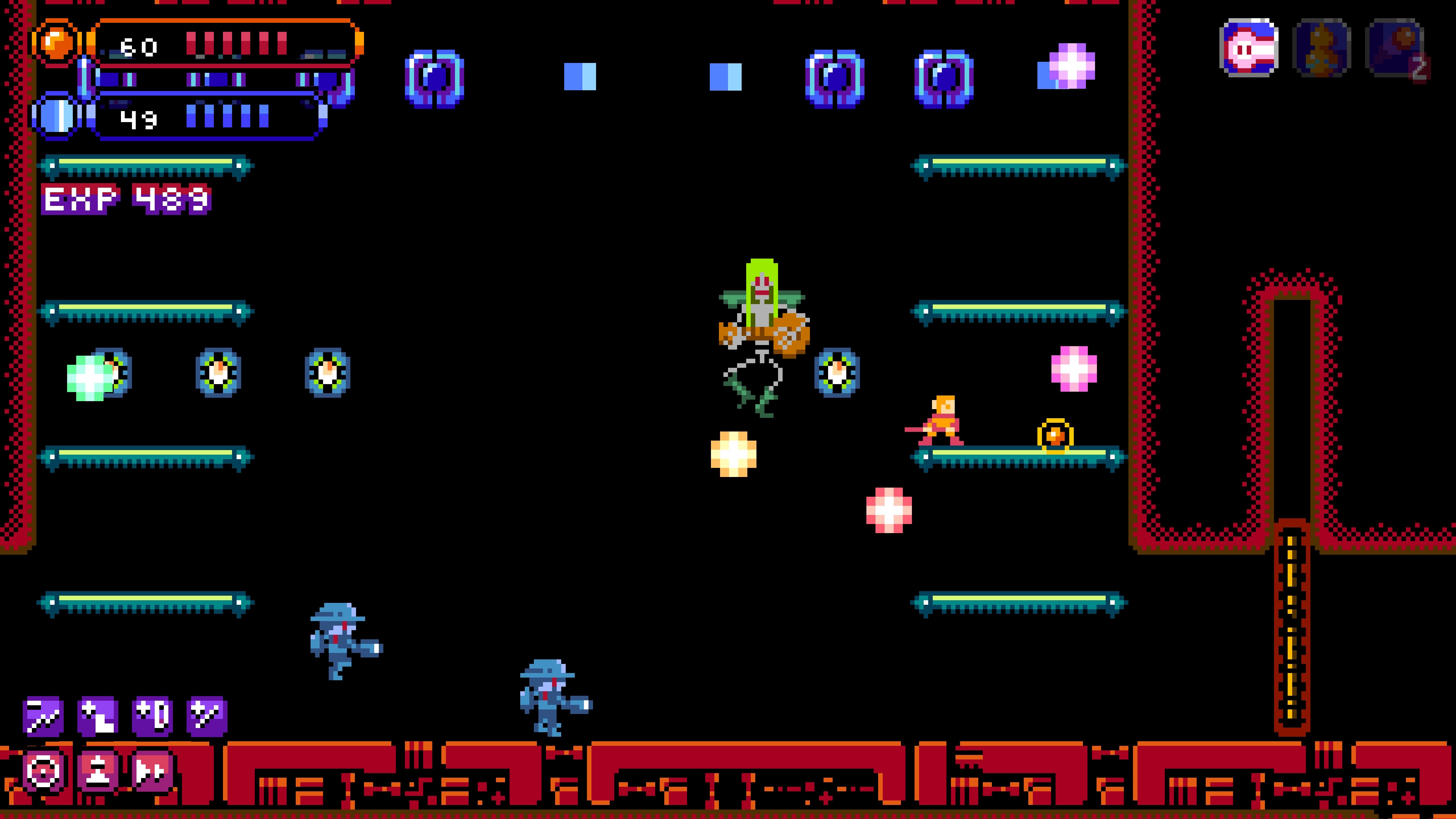 In terms of morality, there is the whole thing about the titular Monkey King. The character is from Chinese mythology that takes heavy influence from Taoism and Buddism. As short as the narrative is, the game is unable to go into great detail about the character and his abilities so anyone unfamiliar with the myths would just see this as simple magic. Some of the abilities used are the hulu, his ability to clone himself, and using his flying cloud to double and triple jump. Wukong goes around and bashes up robot enemies as they explode. According to the ESRB, there is a moment of mild blood—the closest I can think to be blood is a red blot appearing over Sun Wukong’s character when he loses all of his health.

As far as Metroidvanias go, this was a nice little distraction. Advertised as a “bite-sized adventure,” it took me 50 minutes (including deaths) to 100% the map and get all achievements. That might be considered extremely short for some people but for the price it's sold at, I feel it is a fair value. The biggest takeaway in terms of morality is the supernatural elements so if you’re fine with those aspects, you’ll most likely be fine with the whole package.