Aquadine is a town rooted in merfolk lore. Not all of the residents there believe that mermaids exist though the main character, Robin, and his family do. Robin’s mom was a popular gondolier and their tour business was flourishing until she fell ill and has been in the hospital for several years.

Robin has tried to follow in her footsteps, but received harsh reviews and stepped down from that role. The townsfolk disliked him even more for giving up. Instead of dealing with the backlash, Robin created an alter ego named Ciel and his tours are highly regarded. Most of the villagers don’t realize that Robin and Ciel are the same person!

Robin is a high school student who wears glasses and has the reputation of being a bookworm. His circle of friends include:

Each of these characters has their own route to complete and you’ll learn more about their backstories as you play through them. Most of the characters have a secret, though some are more interesting than others. I personally don’t understand why Robin created an alter ego to address criticism, but that’s just my opinion.

Diane’s route doesn’t have any secrets, but instead she searches for her calling as she wants to do more with her life than take over the family business. Unfortunately, with her current grades, her strict mom doesn’t have high expectations for her and isn’t very supportive. The other routes go into spoiler territory, so I won’t discuss them here.

Elisabeth has a metabolism that most people would be jealous of and she can eat enough food for three people in one sitting. After a meal, she often belches loudly and that is one of the handful of voice acted sound effects/phrases for her. Each character has a few generic phrases that are used throughout the game. Some are more fitting than others. Robin’s grandpa has an annoying phrase (“Grandpa will speak!”) that’s overused. 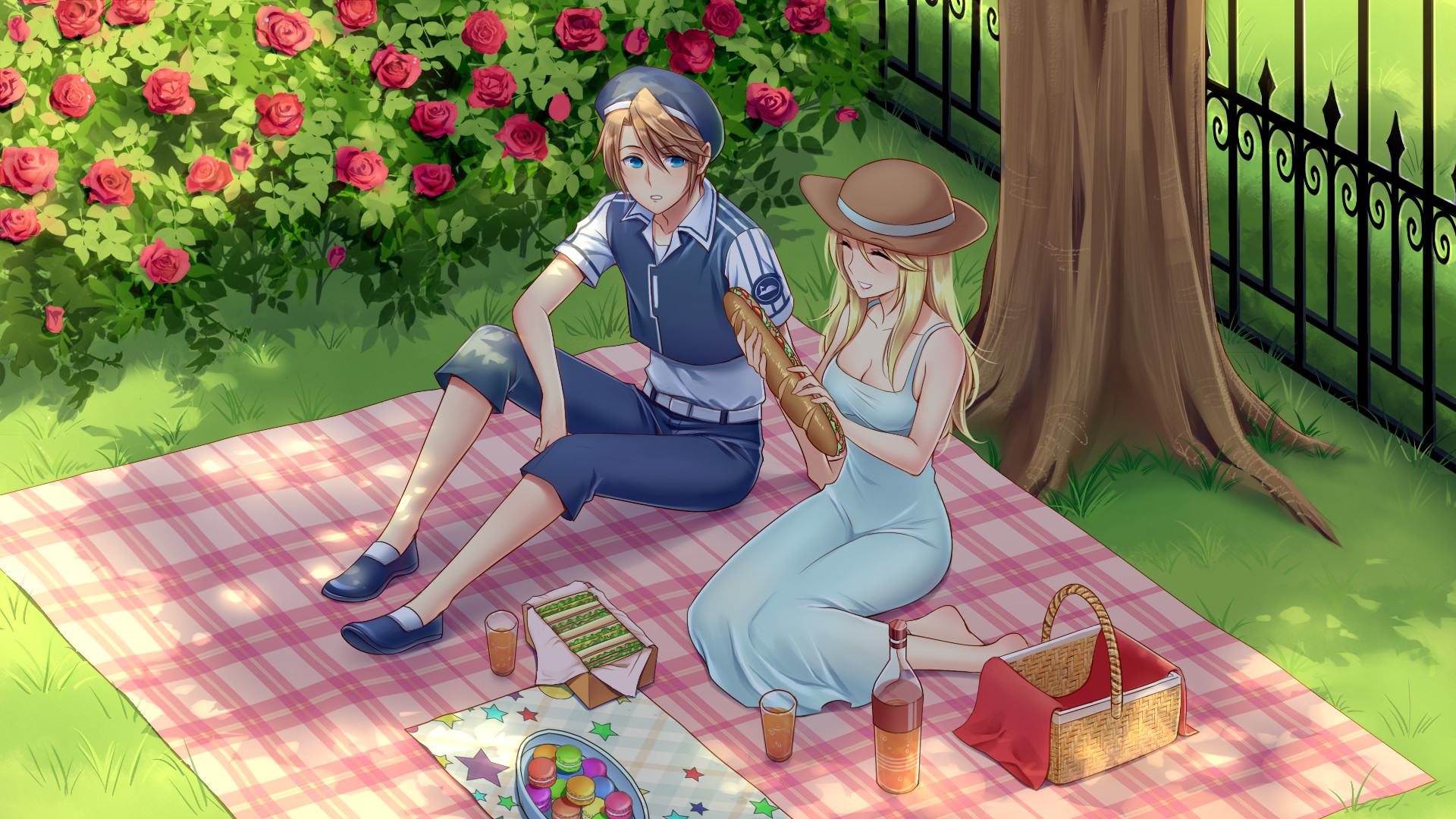 Another nitpick are the character animations. Before a character speaks their avatar will bounce. I can’t imagine bouncing before speaking in real life. That’s just odd. When a character is startled or stressed out, their avatar will shake obnoxiously. Other than these oddities, the visuals are colorful and nice.

Some moral issues worth noting include merfolk lore and some characters in this game claim to be deities. There are also some references to undead spirits. Foul language is present with words like *ss, b*stard, and d*mn. Some sexual jokes are made, but nothing more than kissing is shown. I won’t say which character cross dresses, but one of them does dress like the opposite sex. Though none of the characters are gay there are some misunderstandings and in those scenarios the people who made the assumptions were supportive no matter what.

While Aquadine isn’t the best visual novel I’ve played, it’s certainly not the worst one either. My kids enjoyed watching me play and expressed interest in playing the game after I’m done with it. The partial voice acting and strange character animations lower the game’s quality, but the content is worth overlooking those imperfections. If you see this game on sale, it’s worth looking into.