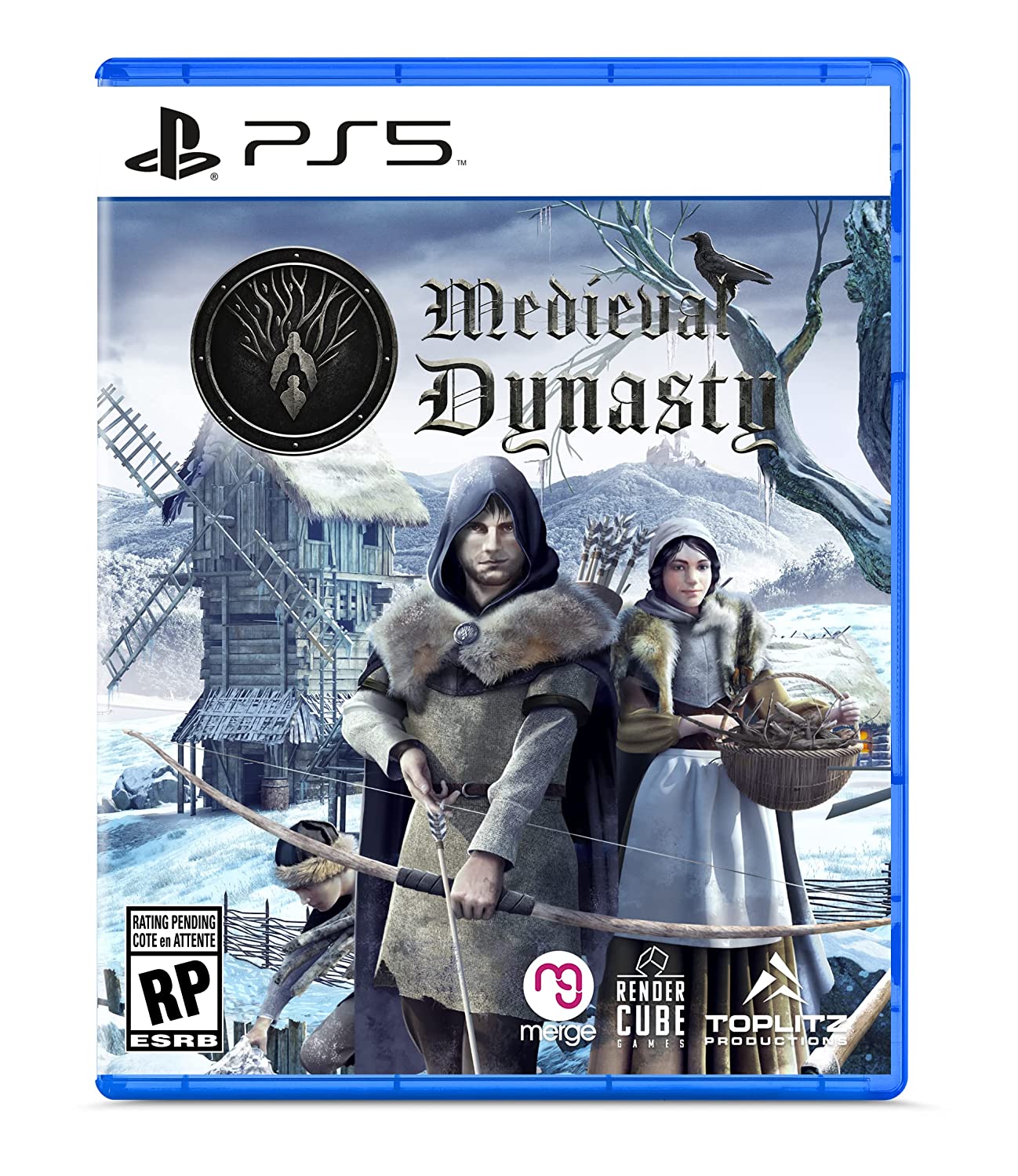 Thank You Topilitz Productions for providing us with a review code!

In most cases, games that take place in the Medieval ages have you play as a knight, a rogue, or a wizard exploring a vast land taking on evil kings, dragons, and the sort. Developer Render Cube decided to break the mold with Medieval Dynasty. Part of the “Dynasty” series by publisher Topilitz Production which includes other titles such as Lumberjack’s Dynasty and Farmer’s Dynasty, it will have a similar structure of starting from humble beginnings to create your own dynasty.

You’ll be thrown into the game almost immediately after a small cutscene explaining the basic plotline of our male protagonist. After a very brief “tutorial”, you’re left to your own devices, but you’ll notice the quests that are enabled for you.  The main ones you’ll see first are the chapters, which are prerequisites such as making buildings, hunting, and acquiring materials. These chapters act as the true tutorial for Medieval Dynasty explaining the many mechanics. At first, you’re mostly focused on surviving. As quests are completed, you’ll eventually start making an establishment of your own. You’ll have villagers to take care of (and vice-versa), and crops to reap and sow. Maybe you’ll end up marrying a wife and having children. But with your own town means you’ll have to pay taxes and you better have some form of revenue generation or your dynasty will come to a very early end. Every action you partake levels up specific skills in which you can allocate points to make things just a little bit easier. 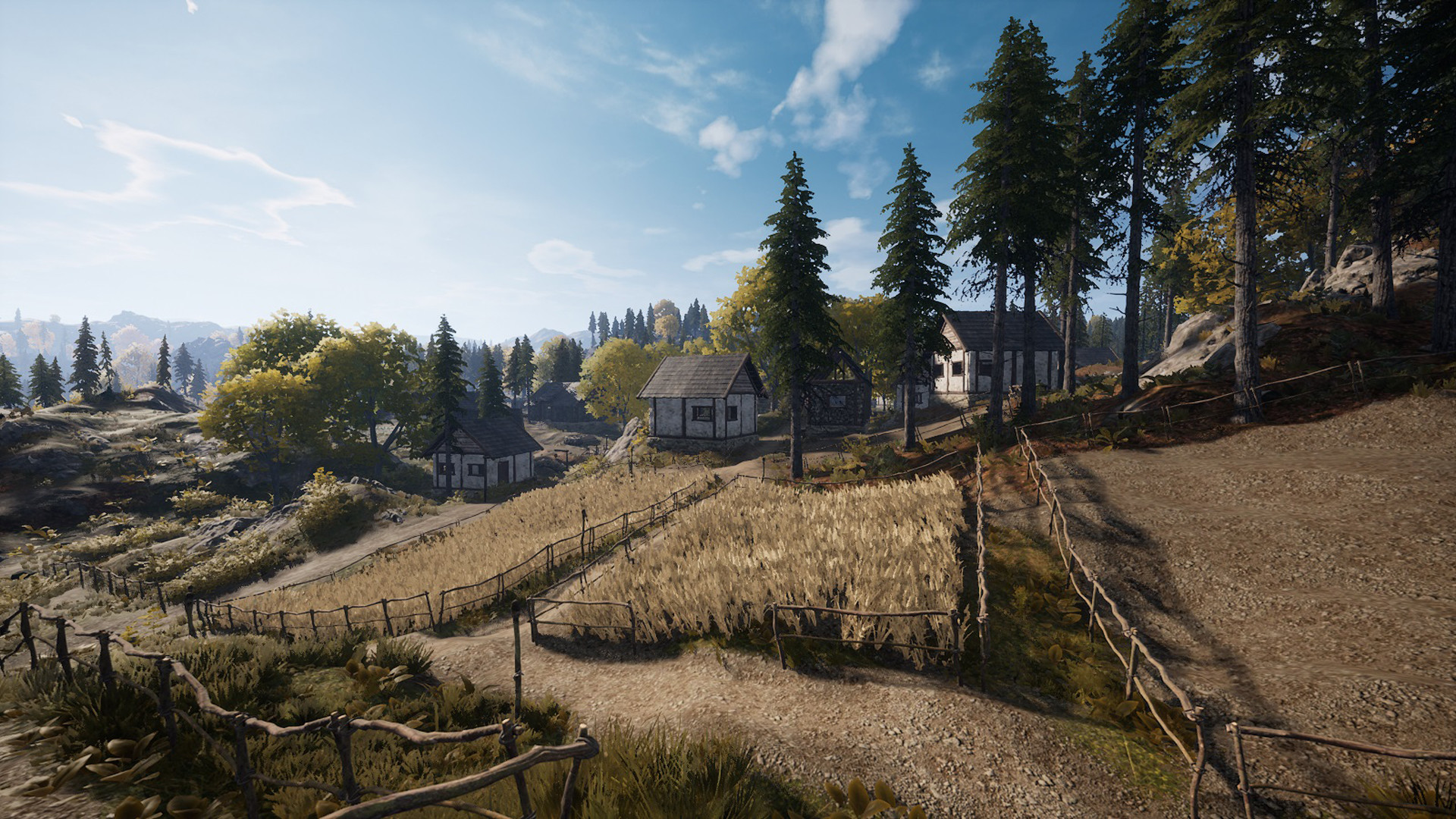 Strong Points: Easygoing and easy to get invested into; you can invest hundreds of hours after the main story
Weak Points: The presentation of the main story is weak
Moral Warnings: Violence and blood against animals and humans; language such as “d*mn” and “b*st*rd”; moments where characters can drink alcohol; some side quests can get rather dark and mention unpleasantries such as torture, adultery, and rape

Every three days in game, the season changes so an in-game year lasts around twelve in-game days. Each season bares different goods and weather. Winter is arguably the harshest season as you’ll have to layer up to fend off the cold, and growing crops is harder in cold weather. At the start of each season, you’ll wake up in your bed no matter where you are. This can be easily exploited by the player. As with many survival game, there are things such as load limits, hunger, and thirst. Hunger and thirst in Medieval Dynasty are refilled at the start of each season, and since you’re also teleported home, you can store your inventory in your chest at your house. It is rather strange, but it does present what type of experience Medieval Dynasty is meant to be. It’s a casual experience that you’re meant to take your time with over the course of many days, months, or even years.

While the main story is rather decent, it isn’t presented in the best way. Not only is the text for dialogue very small, but 90% of it also isn’t voice-acted at all. Most of the time when it is voiced, you only get simple grunts or one-word phrases. Overall it is rather lighthearted given the tone of the game, but some sidequests can get dark in themes as they can discuss such things as torture, adultery, and rape. Your character will never be doing these things as most quests are diplomatic in nature and have you either exchange goods/currency with someone or fetch items.

However, there are a multitude of adjustable gameplay features that you can alter to your liking. If you think hunger and thirst mechanics are stupid (like me), you can lessen the intensity of these mechanics or turn them off entirely. This applies to other aspects such as stamina, taxes, and even the amount of damage enemies can do to you. You can also increase most of these things to make that “hardcore experience” just like the actual Medieval ages. I did mess with some of these features from time to time. 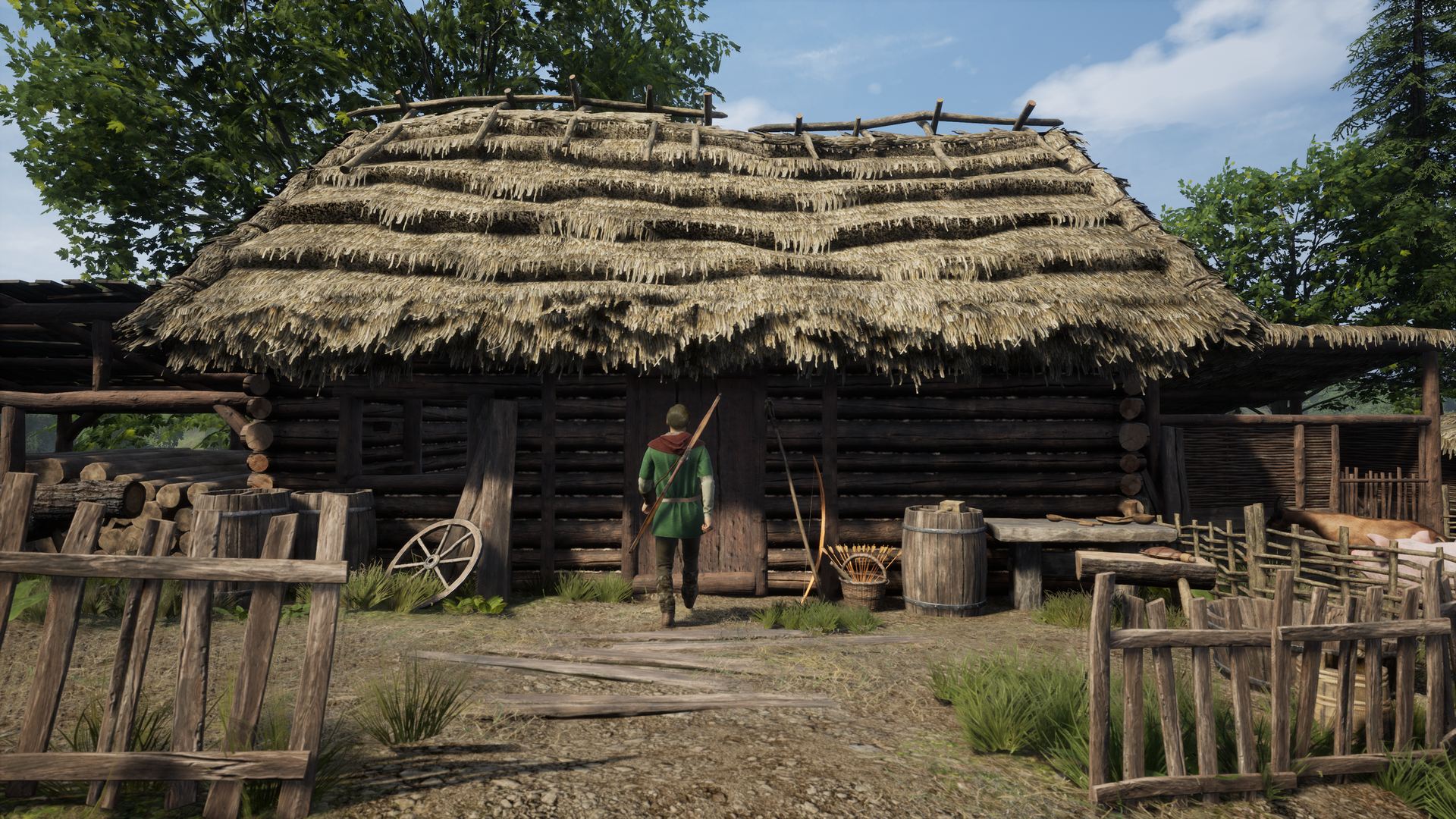 As far as graphics go, I’d say they’re both great and awful at the same time. (But I wouldn’t call it mediocre—just average.) I don’t know if it has to do with the porting job or something. It’s quite peculiar because the console ports are exclusive to the PS5 and X Series, and they look more like late PS3 and 360 games with some low-resolution textures and models. The design of the forests and areas themselves are done well as the forests are lush with green and the winter seasons have a great coating of snow all over.  It does run at a stable framerate and I haven’t experienced a crash. It does have a fairly long loading time when starting or loading a save file, but that’s really the only loading screen you’ll see.

I have mention the dark tones that some of the sidequests previously, but there are more aspects to touch upon. While violence can be committed against wild animals and bandits and blood is spilled on the ground, it is only kept to those specific entities. You cannot harm villagers in any way to my knowledge, but you can steal from them. Blood can be disabled in the options. Language is kept fairly mild, mostly consisting of words such as “d*mn” and “b*st*rd”. Regarding sexual content, the only thing I've come across is that you can have your player character strip down to his undergarments. As mentioned above, there are talks about adultery, but it isn’t portrayed in a positive light.

While Medieval Dynasty isn’t strong on the narrative, it manages to have plenty to do as a survival-turned-town management game. A person enraptured by this rather niche appeal can find hundreds of hours to sink into whether you’re harvesting crops with a scythe, fending off bandits, or becoming a Medieval tycoon. There is always something that needs to be done. And if you manage to die of old age, your heir will continue on what you’ve spent all that time building towards. I’d say this is well worth the price if you’re into a casual simulation experience.