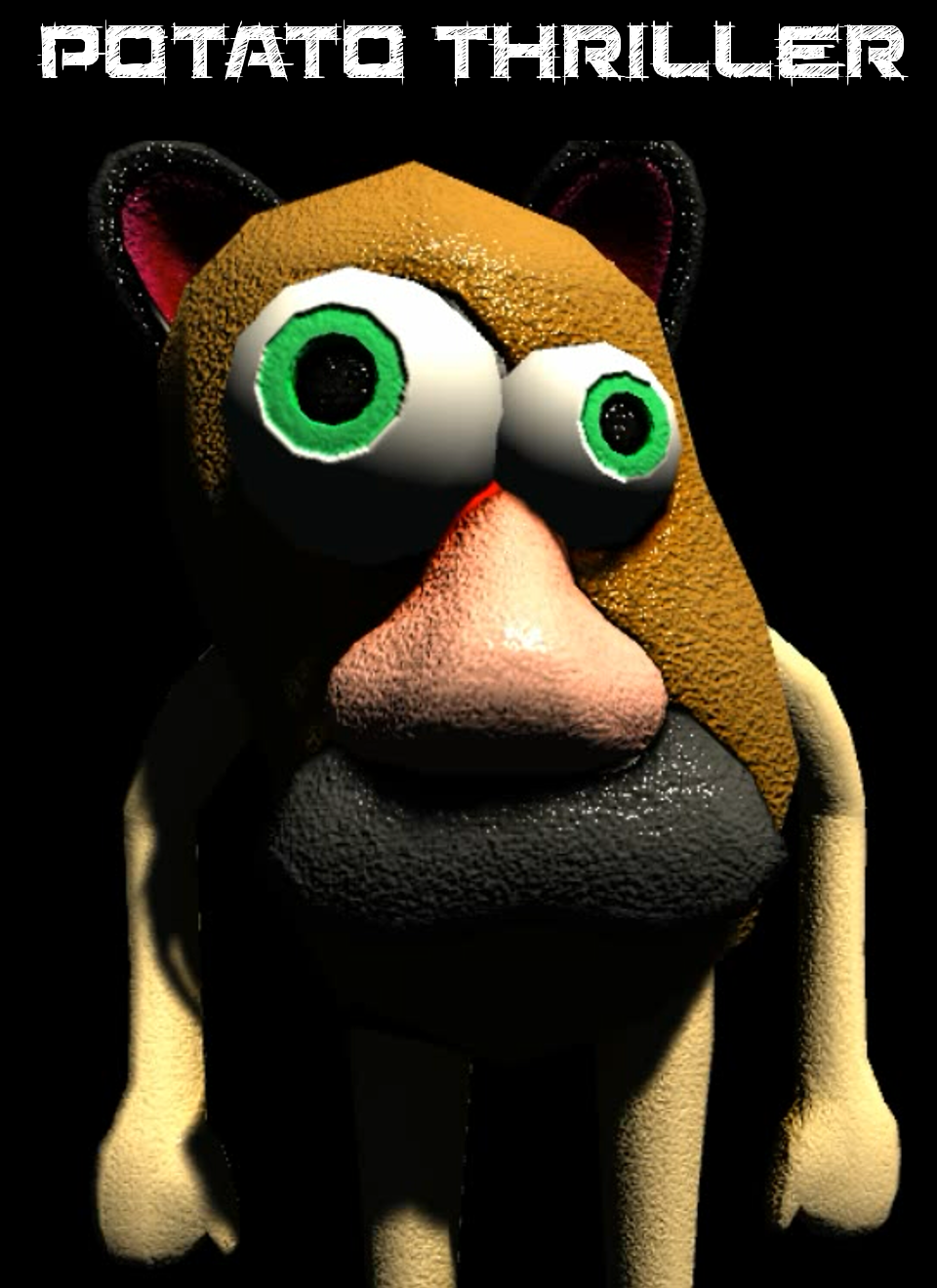 *Advertising disclosure* Though Black Shell Media is an advertising partner, this review is not influenced by that relationship.

Thanks to Black Shell Media for the review code!

A game selling itself on story will be a hard press for a lot of people. Especially when you delve into the genre of meme games. Goat Simulator seems to have launched this trend. These games can either be buggy and broken yet have wacky physics, or they can be made to make a point against something. Potato Thriller is one of these games. This game was the world's replacement for the infamous demo P.T. which was later discovered to be a Silent Hill game. While that now dead Silent Hill game is gone from the world, let's see if this replacement was worth it. This is Potato Thriller.

Potato Thriller puts you in a world haunted by the legendary Potato Man, a serial killer who leaves his victims deep fried and crispy. The bounty hunter Quindalin and his son Dexter receive a tip to his location, and they take off in their pear-copter to take him down.

Strong Points: None
Weak Points: It's not a very good game in its  entirety; you play it once and you'll have no reason to play it again; No joke lasts forever.
Moral Warnings: It's "dark", but bad animations and boring gameplay get in the way of anything being truly offensive. Violence isn't too relevant either, unless you count punching walking noses as offensive.

This game is a strange one to be sure. It has a mix of horror and combat sections. One moment you could be walking through a dark hallway before a horrible creature gets you, another moment you could be fighting against nose creatures. Combat merely consists of throwing punches at nose creatures if you get the drop on them. That's really all this game has is moving and a pathetic punch. If you want to get through the game faster, just sneak past any enemies. The game does have cutscenes and voice acting, even if it's just robotic voices and unanimated scenes. Yet this game does try its hardest to say something about modern horror tropes.

I want to get the negative out of the way first with this game. I am usually not one to care about length of a game nor its purpose, yet with this game you have to. When you've heard enough complaints about horror tropes it becomes a trope in itself. Yes, it's strange Five Nights at Freddy's was such a success; yes, jump scares can be lame, I get it. Most people can beat this game in under an hour. Once you beat Potato Thriller, you won't find much reason to play the game again. The message does not hold well; genres change. As it is right now, most people are not talking about Five Nights at Freddy's. The world has moved on from the cancelled Silent Hill game as well. The puzzles are rather simple and the combat isn't very fun either. You can only punch walking noses for so long before you would rather have something else to play. 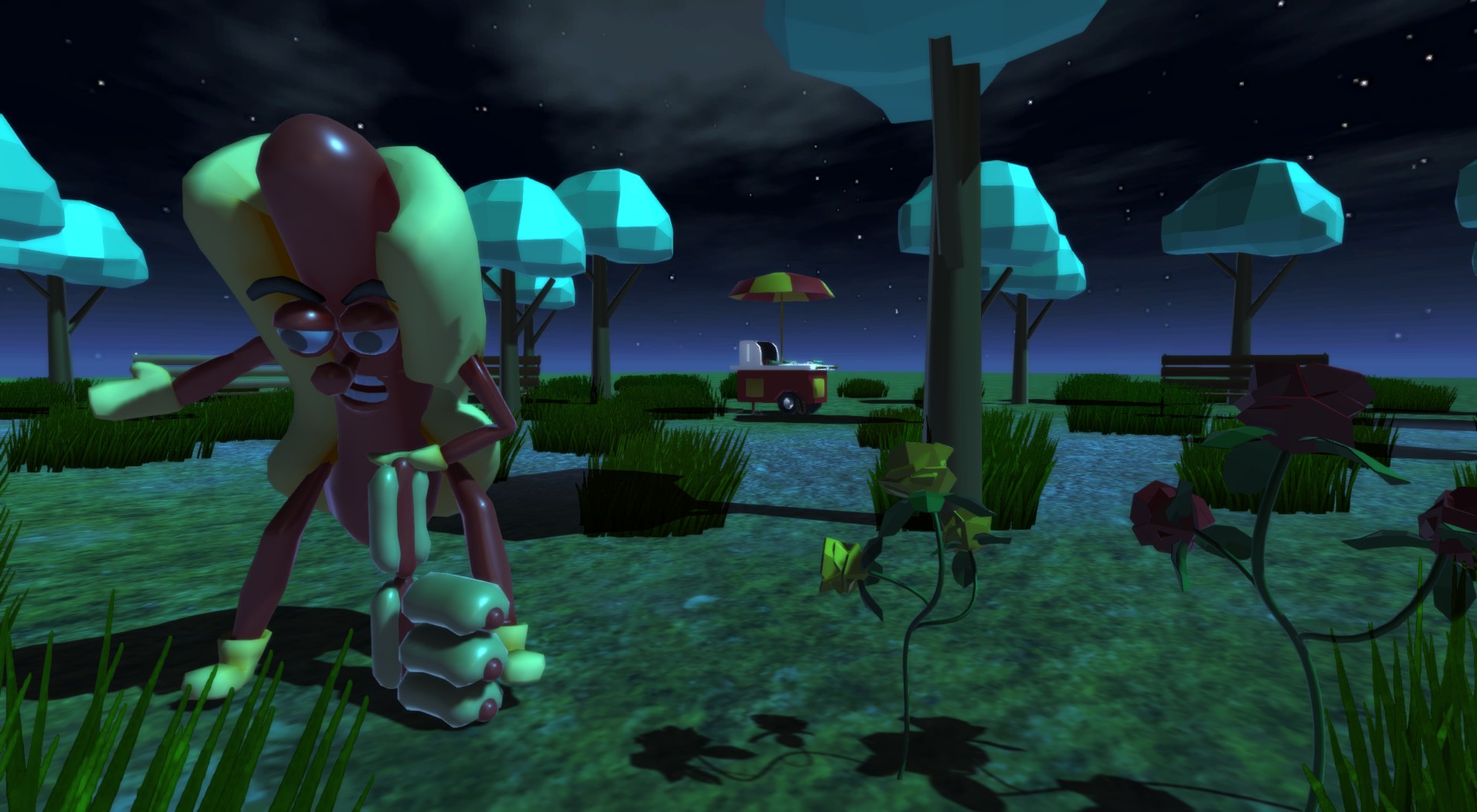 There is really nothing positive about this game unless you like meme games or you want to see someone's take on a horror game. This game is clear satire, but like with anything running on a joke, if the laughs don't last then no one will stay with you for long. I mean the game works and it does look nice the first time at least. I can appreciate consistent art direction, even if it is ugly art.

Morality in this game isn't a problem unless  you find paying money for a bad game a sin. It can be violent and it does have a dark story - at least, that's what it feels like it's trying to be. Violence is simply punching nose creatures or a cartoony monster and it vanishes, no blood, no body. The dark story consists of a walking vegetable frying people.

Potato Thriller is a noble effort to replace something the gaming world lost, yet this game was something the world didn't really need.