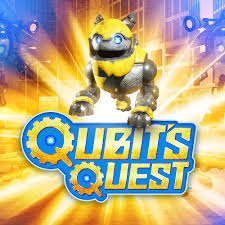 Thank you PDP for sending us 3 LIGHTCONs, a MARS base station, and this title to review!

Like many kids growing up in the 80s I had the NES system with a light gun and enjoyed shooting down virtual ducks (and dog that laughed at me for missing) in Duck Hunt. Other video game gun accessories have come and gone, but nothing has dethroned that setup yet.

PDP makes some awesome gaming gear and I was excited to see this MARS system in action. It’s available for both the PS4 and Xbox One. As of this review, there are three games available for it and this is the first one I’ve played so far. I must admit that so far I’m not impressed.

We’re blessed to have a projector and a 125” game screen to work with. I’m not sure if that complicates the IR base’s calibration process, but it shouldn’t take over thirty minutes to calibrate every time we want to launch the game. More often than not, we spent more time calibrating (before and mid-game) than playing! The IR base’s ten-foot cable wasn’t long enough to do the calibration so we connected a USB extension cable to make it reach.

Strong Points: Fun collection of arcade games to be enjoyed with up to four players
Weak Points: Camera calibration can take a half an hour or more to setup and then lose calibration several times during gameplay; unpredictable physics; annoying levels in the story mode
Moral Warnings: Robotic violence

The next hurdle was getting all of the guns recognized. After going through the hassle of calibrating the camera, it was a slap in the face to only have one of the three LIGHTCONs recognized in the game. The other guns were paired by holding down the trigger and pressing in the back button simultaneously, and then pressing the power button. If all goes well, the power button should change to a color other than white. You can change the gun’s color in the game menu if desired.

One the IR Base is calibrated and the LIGHTCONs are paired, it’s time to play Quibit’s Quest. In the adventure mode, Qubit is a rover blaster tactical robot that has to safely deliver information back to the Resistance. Their goal is to stop Kwantum from taking over the world with their tactical military AI robots. The story is broken down into missions that have main and secondary objectives to complete. Some of the optional goals could be destroying a certain number of drones, trees, waste cans, etc. Most of the environment is destructible so have fun shooting at anything your heart desires.
You’ll get points for destroying stuff and completing the objectives. Many of the levels end with a boss battle so be prepared for anything!

Many of the levels are in a third-person platformer style where you have to have Qubit jump by pressing the back button on the LIGHTCON while shooting down malicious robots. There is a space level where Qubit is inside of a giant bubble and you have to shoot the bubble in the desired direction while avoiding drones and mines. After that challenge, Qubit has to hop between asteroids by landing into their gravitational pull. The physics for this section is horrible and I’m thankful that there are checkpoints in the level so we didn’t have to do the bubble portion all over again. 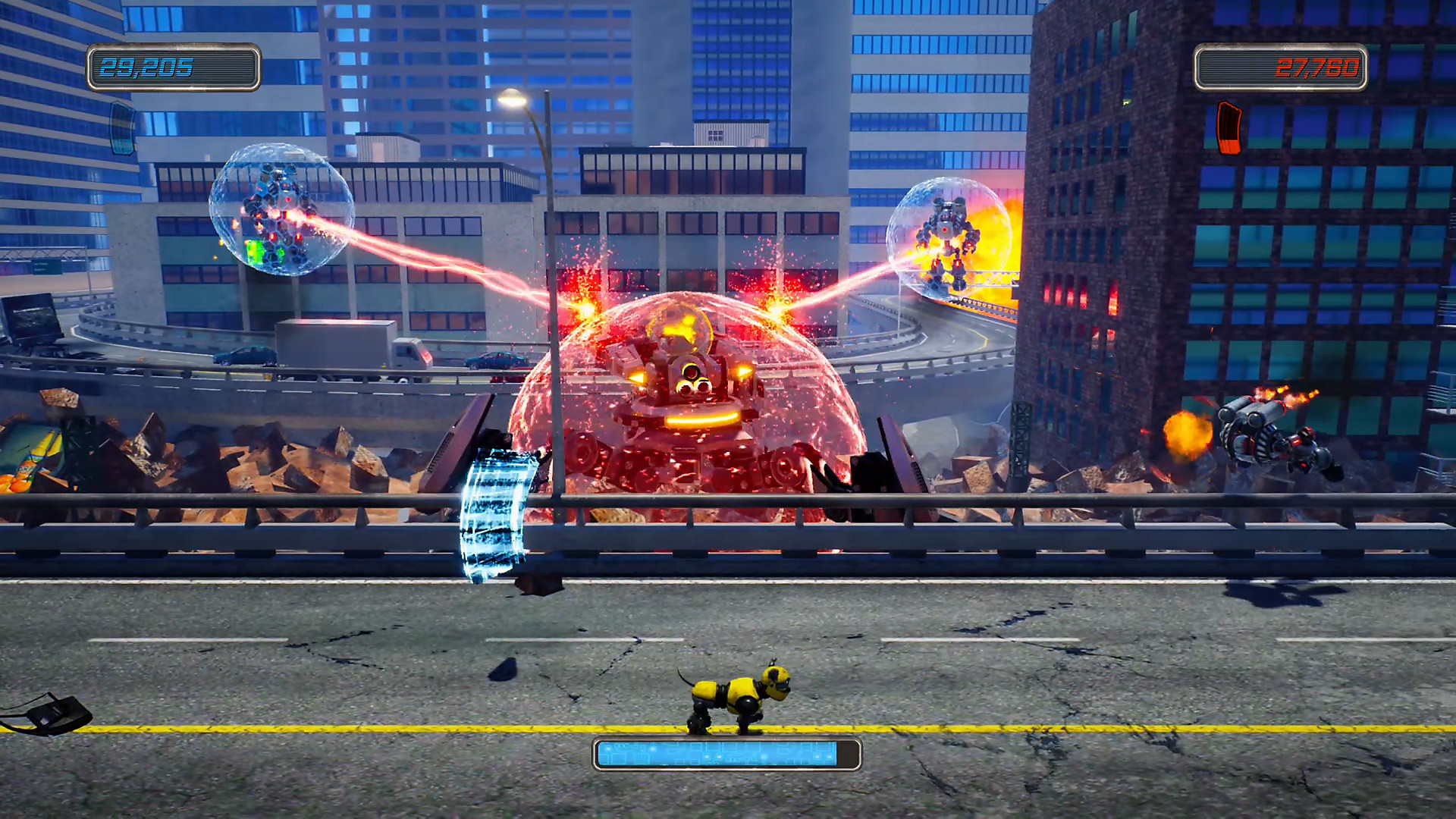 If the adventure mode gets on your nerves, the arcade mode has ten decent mini-games to choose from. In most modes, you have three lives/mistakes before it’s game over. Here’s a breakdown of them:

Dog Gun-it – Destroy flying drones before they fly away. It’s similar to clay shooting, but the flight patterns of the drones are unpredictable.
Ruff Alley – In this shooting gallery styled game, you have to quickly shoot the enemy targets and not the ones with Qubit on them.
Quibitron – Qubit is in a bubble which you can move around by shooting at it. You have to try and collect dog bones while avoiding enemy contact.
Floppy Dog – Those who have played Flappy Bird will know what to do. You must keep Qubit airborne by constantly jumping and avoiding barriers and mines. If you collect bones along the way you’ll score points.
Whistle Command – Atari owners will enjoy this homage to the classic Missile Command game where you have to protect the dog houses by shooting down missiles heading for them. When the last dog house falls, it’s game over.
Robot Invasion – Troopers are coming down Galaga-style and you have to prevent them from reaching the surface.
Spaced Out – You have to shoot down mines launched into outer space. But not when they’re red!
Quick Draw – In this carting mini-game you have to shoot the green area of the targets in order to add 3-5 seconds into your run. How long will your ride be?
Jet pack – Safely guide Qubit through the firewalls by shooting the green boxes. Avoid the red ones!
Juggle Jumble – You must keep the ball in the air by shooting it and avoid the mines and other obstacles floating around.

As you can see, there are lots of mini-games to enjoy and they’re all family-friendly. It’s just a pain to setup the calibration and then having to re-calibrate it mid-game as well. Though the adventure mode is hit and miss, I enjoyed the arcade collection quite a bit more. I just wish that the hardware was easier to work with. I would wait for a sale before buying this bundle. If you already have the system up and running with no issues, it’s definitely worth adding to your collection.