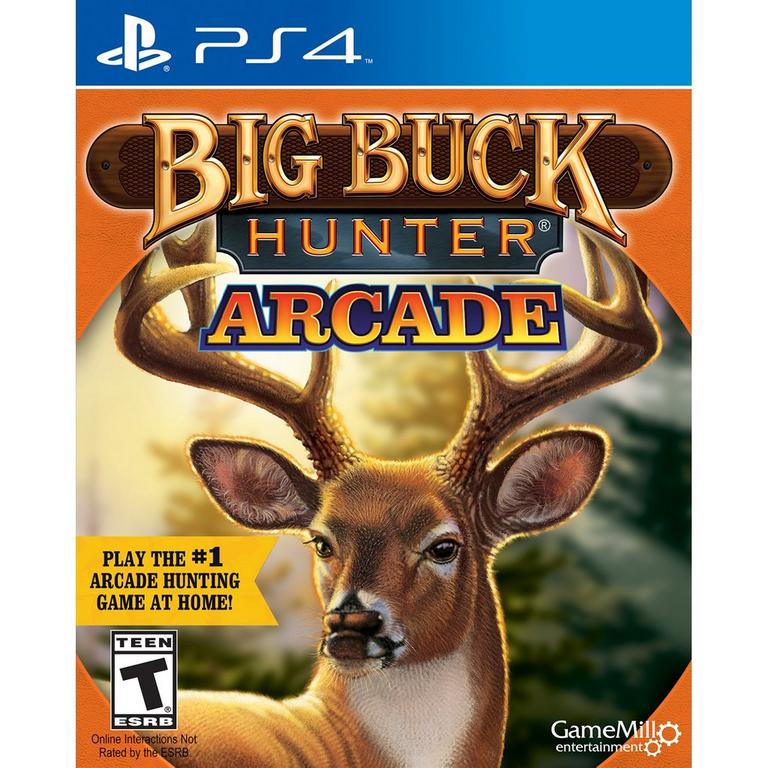 Thank you PDP for sending us this game to review!

Big Buck Hunter was originally released in 2000 as a shooting arcade game. In 2009 it became available on iOS devices. Finally, in 2016 it made its way to PC, PS4, and Xbox One consoles with gamepad support. However, a hunting game should be played with gun controllers. With the PDP Mars system that’s now a possibility.

Unfortunately, using the Mars device is not a positive experience given the hassle of setting it up and the accuracy issues after calibration. This game is much more enjoyable in its arcade form or with a gamepad or touch screen.

Before you start huntin’, you’ll need to do some calibratin’. This is the third title I’ve played with the Mars system so I knew what to expect in regards to getting everything recognized. However, the process still takes every bit of fifteen minutes or more, even if you have it taped down to where it was working the last time you used it! 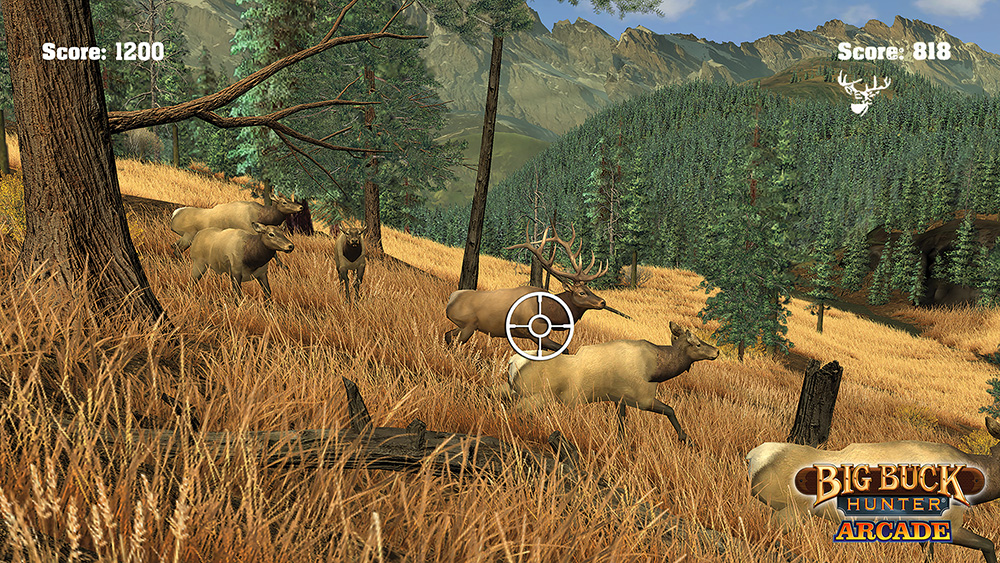 Thankfully, this game managed to keep the calibration settings throughout my gaming session so that’s good. If you have multiple LIGHTCONs you’ll want to make sure that they are paired by holding down the trigger and pressing in the back button simultaneously, and then pressing the power button. Since this game only supports two players, my LIGHTCONs were colored red and green.

Once the guns and IR station are configured, you can select the LIGHTCON as your input device from the main menu. You can enjoy Big Buck Hunter: Arcade by yourself, take turns with a friend, or do a “Head 2 Head Shootout” simultaneously.

For a casual hunting experience where you don’t have to wake up early and douse yourself in animal urine you can select the Adventure or Standard modes.  In the Adventure mode, you get to hunt in all regions while the Standard mode has you just playing in one of your choosing.  At first, only the elk and deer hunting options are available.  After playing through those, you can unlock the ability to hunt moose.  No matter which animal you choose to hunt, the females are off limits and you’ll be penalized if you shoot one. 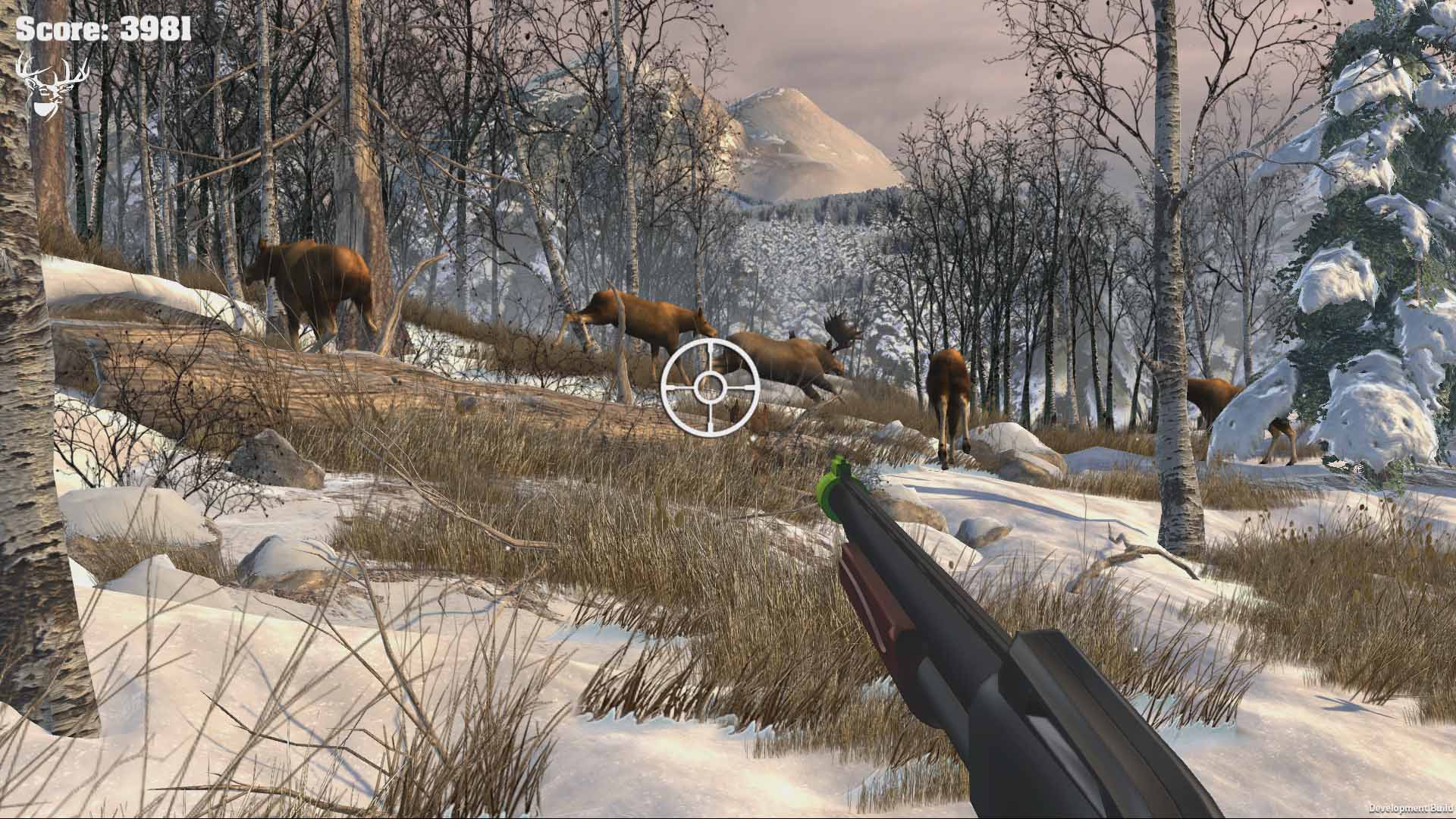 Many of the hunting spots have other critters you can kill like raccoons, rabbits, and skunks. You may often stumble upon dangerous creatures like wolves or bears that you’ll have to take down in self-defense. You’ll get a dangerous trophy bonus if you take one of the deadly creatures down.

The Bonus Only section has all sorts of creatures and items to shoot including moonshine, ducks, eels, roaches, pigeons, and huge flytrap plants. Needless to say, there’s plenty of variety here!

Big Buck Hunter: Arcade is rated Teen for several reasons. Not surprisingly, there’s blood shown when you shoot the animals. One of the mini-games has you shooing jars of moonshine inside of a makeshift distillery. What caught me off guard as a female gamer was seeing women wearing only shorts and a bikini top referred to as guides on the loading screen of the hunting missions. These “guides” served no other purpose than “eye candy.”

In the end, this game was a disappointment for me. The accuracy was off no matter how many times I tried re-calibrating the LIGHTCONS. If you’re into hunting games you’ll probably have more fun sticking with the game controllers. Though this game sells for $19.99 on PS4. I have seen it on sale for $7.99. The normal price on Steam is $9.99 with the elk DLC priced at $4.99.