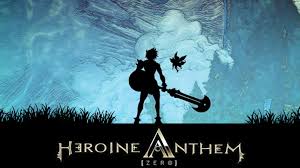 Thank you Winking Entertainment for sending us this game to review!

Heroine Anthem Zero is about a fallen world that was once saved from the wrath of their gods by a Star Ark, but have since neglected their deities and are now facing judgement. Forest guardians and the animals within are turning hostile and these oddities need to be investigated.

Upon starting your journey, the first order of business is to select the game’s difficulty (Relaxed or Standard). From there you’ll be introduced to the main character Wanin and his friends Olegon and Brandr. Party members in this game don’t help in battle, but they do provide funny dialogue to read. Mormoilia is a fairy that is always with Wanin and she can attack enemies with her Flying Ferret attack move. It’s quite handy since it can often stun enemies and bosses.

The first chapter focuses on teaching you how to dash, jump, double jump, attack, save, and use items. The remaining four chapters focus on characters, quests, and exploring dungeons. Fighting is done in real time and many of the enemies can be taken out with a couple of slashes, but the boss battles are a bit more challenging. Once a boss is defeated, they’ll often drop blueprints which can be used to unlock stronger weapons to be made available for purchase.

Most of the levels are platformer in nature with many platforms to jump across and failing to do so will spell death as you fall down a bottomless pit. Thankfully, there are many save points so not much progress should be lost as you traverse the hostile environments. It pays to explore above and below the edges of the screen as there are often treasure chests with gold and stat boosting items. I came across many items that would increase my max health, but I couldn’t find out how to use them. Apparently, I’m not the only one with this inquiry as I’ve seen multiple forum threads on how to use items. The solution is to hold down a button, but which one that is remains a mystery to me as the posts were referring to the PC version. I tried pressing every button possible in and outside of battle to no avail. Other than healing items, you can refill your health bar by resting at camps for fifty gold. 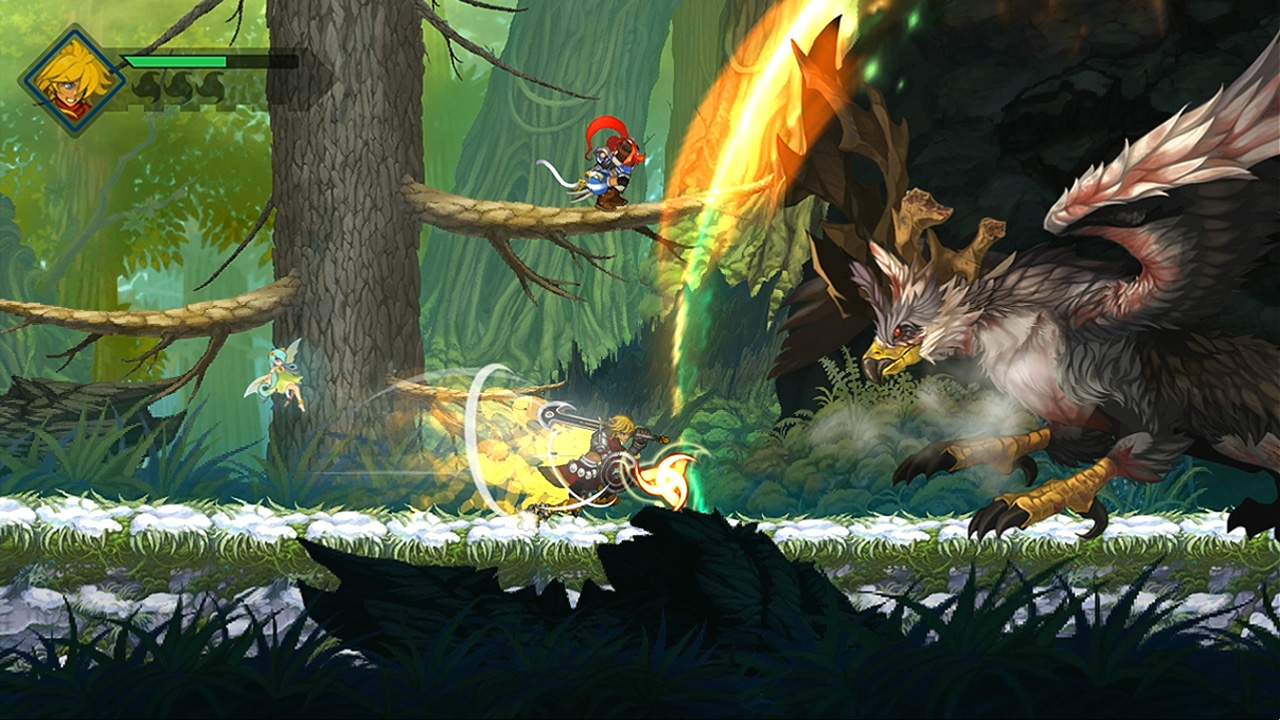 Another oddity regarding controls is using stairs. In order to descend stairs you have to press up. It took me a little while to figure that one out. By pressing the touchpad on the PS4 controller you’ll see a screen with the button mappings. In the middle of the game you’ll learn the kick maneuver but the required buttons are not on the diagram unfortunately.

The rest of the game is well polished with gorgeous visuals, good (Japanese) voice acting, and beautiful background music. The dialogue is pretty funny though it’s riddled with language (b*stard, d*mn, dumb*ss; p*ssed) and sexual innuendos. Throughout the game, you’ll see some beautifully drawn character stills and many of them show scantily clad females and frontal nudity is shown in at least one of them. Other moral issues include blood, violence, and references to various deities.

After the surprise ending of this game, I look forward to checking out the sequel. Hopefully, the controls are more intuitive and less is skin is shown.