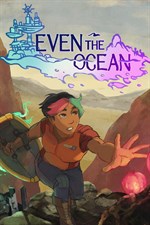 In this game, you play as Aliph, a power plant technician who witnesses the death of her boss, Cassidy, on her first day on the job. Despite not knowing Cassidy very well, Aliph still attends the funeral and meets her widow, Yara. This is the first of many homosexual couples you’ll meet in this LGTBQ friendly title. On the store page, you’ll prominently see that Even the Ocean is part of the Steam Queer Games Bundle 2.

After the funeral, Aliph is recruited by the mayor of Whiteforge City to investigate and repair all of the other power plants that were attacked recently. Aliph is tasked with finding out who is attacking the power plants and why. Although there are other technicians, they’re not as reliable as Aliph and she quickly becomes the mayor’s favorite.

Restoring the power at the plants follows the same formula throughout the story. You have to keep Aliph’s energy balance in check as if she gets too much green (light) or purple (dark) energy, she’ll die. Opening various gates will require sapping energy of either type. There are many energy-altering obstacles to get through platformer style and there are no limits to the number of wall jumps Aliph can do. Aliph also carries around a shield that will deflect numerous projectiles. Unless you have dying disabled in the game settings, chances are Aliph will meet her maker several times throughout the game. Thankfully, there are lots of save points in each of the levels.

Once Aliph makes it to the power plant’s computer, she’ll have to restore power to several nodes by carrying a vertical or horizontal key to a location with a matching keyhole. The kicker is that this key cannot touch an area with an energy affinity. Once all the keys are in place Aliph will be able to rotate mirrors to guide the energy lights to the destination of her choice.

As Aliph’s light energy builds up, she’ll gain the ability to jump higher. If she has a dark energy affinity, Aliph will run faster. Some levels will require a high-energy affinity in order to clear them. There are many green and purple flowers scattered throughout the levels that will alter Aliph’s alignment and by touching them she’ll change her energy meter on the bottom of the screen. Balance is very important in this game and plays into the story significantly.

Even the Ocean is broken down into five acts and took me a little over eight hours to complete. There are many options in the settings menu catering to speed runners including the ability to disable auto saves and death animations. The gameplay can be tweaked quite a bit as well. Although I found the game pretty easy to fairly challenging, there are options to make it even easier by adding helper blocks, unlocking gates automatically, weaker energy attacks, and locking the shield in place. I tried enabling the floaty option but didn’t find it much different than the standard jumping. The shield lock is quite handy and I utilized that. Some of the levels allow Aliph to fall to her doom and if you have the no deaths option activated, it will cause the game to get stuck and require you to exit and restart from the title screen. 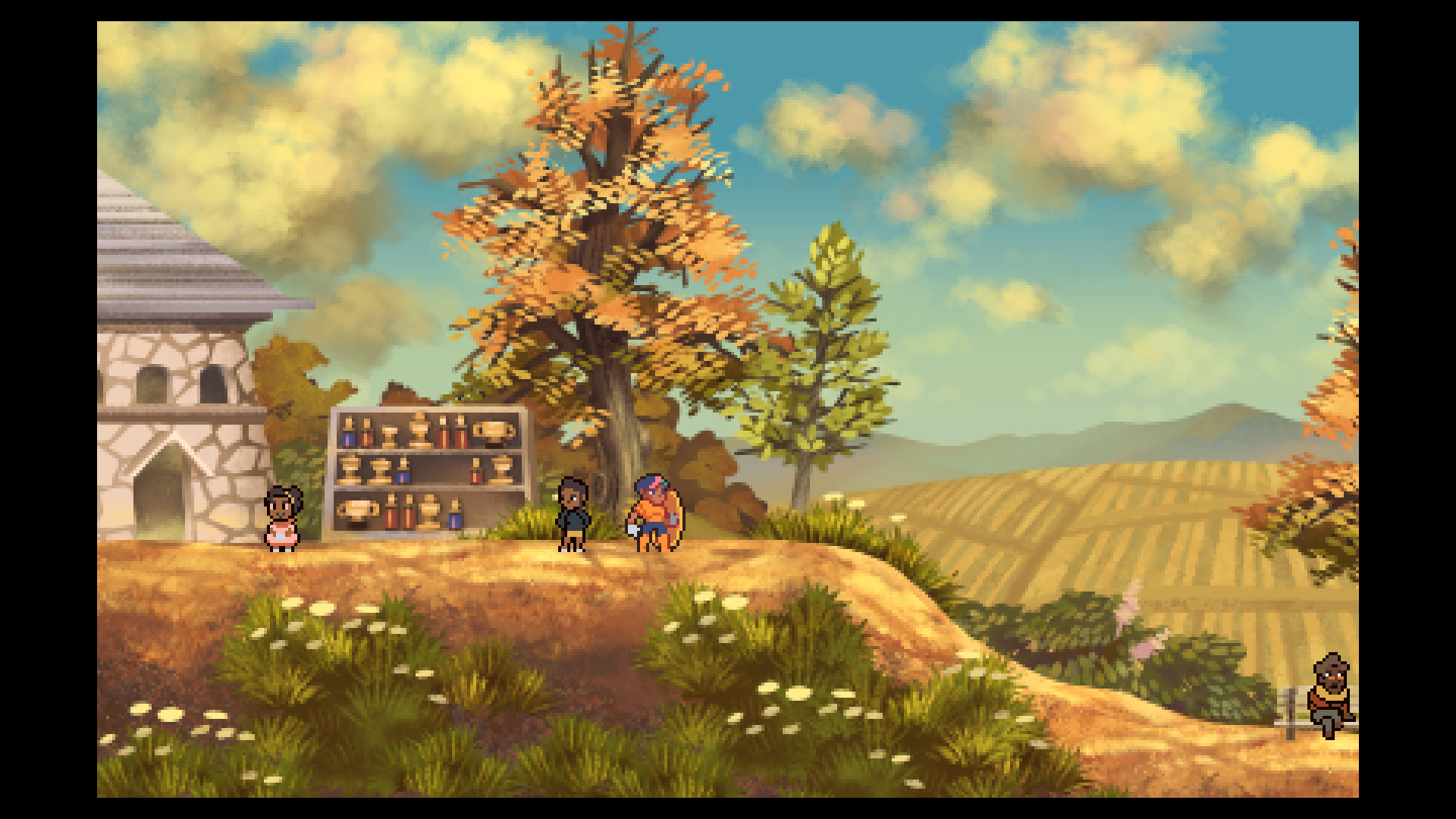 The pixel art in this title for the most part is beautiful. The over-world isn’t as polished as the towns and other environments in my opinion. When talking to characters you’ll see close-ups of their faces. In all honesty, I thought Aliph was a guy at first. She’s definitely not very feminine.

The sound effects are fitting and the background music is pretty as well. The game’s title is a lullaby sung to many characters as they were growing up. The lyrics and accompanying song are well done.

Almost every town has a homosexual couple it seems. Given the small sample of characters in the game, it’s oddly disproportionate to real life statistics. For what it’s worth, there is at least one heterosexual couple in the game. Other than the LGBTQ pandering, you can expect to find some violence and any reference to God has a lower case “g”.

Overall, I enjoyed my experience with Even the Ocean. The gameplay was giving me enough of a challenge where it took me several tries and many deaths to succeed and it felt great when I did. There are many options to customize the game experience to make it easier if desired. Speedrunners will have a lot of fun with this game.