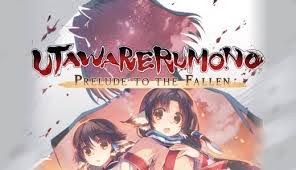 Utawarerumono: Prelude to the Fallen is the fourth game I’ve played in this series and I still don’t know how to pronounce it! It’s formatted like Utawarerumono: Mask of Deception and Utawarerumono: Mask of Truth where there are equal parts visual novel story segments with route choices and turn-based battles. Utawarerumono: Zan is more of an action game. I prefer story-driven games because the writing and character development is great.

Utawarerumono: Prelude to the Fallen is the earliest in the series and was originally released in 2002. Though the story is similar to the latter two, the characters are different. The main character is a masked amnesiac man who is found and cared for by a tribe of people that have tails and beast-like ears. His primary caretaker is a female named Eruruu and her grandmother names this mysterious fellow Hakuowlo.

As soon as he is able, Hakuowlo repays the tribe by helping them with their crops and improving their prosperity as a result. Hakuowlo proves to be very intelligent and knowledgeable, despite not knowing much about his past. It doesn’t take long for the war to reach this peaceful village and Hakuowlo shows that he is a formidable war general too.

During times of peace, you’ll get to read through the story visual novel-style and the arcs will be determined by the places you choose to visit and character(s) you’ll interact with as a result. Sometimes to progress the story you’ll only have one option/area to choose from. The dialogue in the game is great and had me laughing out loud on several occasions.

Battles are turn-based and can last hundreds of turns. Thankfully, there is a rewind feature that lets you go back to any point in the battle to undo a mistake without having to start over from the beginning. The victory conditions vary but most of the time your goal is to defeat all of the enemy forces. In some cases, you only need to take out the (heavily guarded) leader, or move Hakuowlo to a dedicated space on the map.

Each party member has a different skillset and attack style. For example, soldiers with spears can attack foes two squares away while melee fights have to be right next to them. Attacking from behind gives an added attack bonus so you’ll want to do that as much as possible. Inventory is limited to a couple of items per person so you’ll want to have a healer in your party if available.

Attacking an enemy has a minigame where you have to press the action button as a circle is quickly getting smaller on your unit. If you press the button in time, you can do an additional attack/stronger healing depending on the character. Some party members have up to five attacks so you’ll need to time things right to use the strongest attack possible. If you mess up the battle chain, you can rewind and try again. 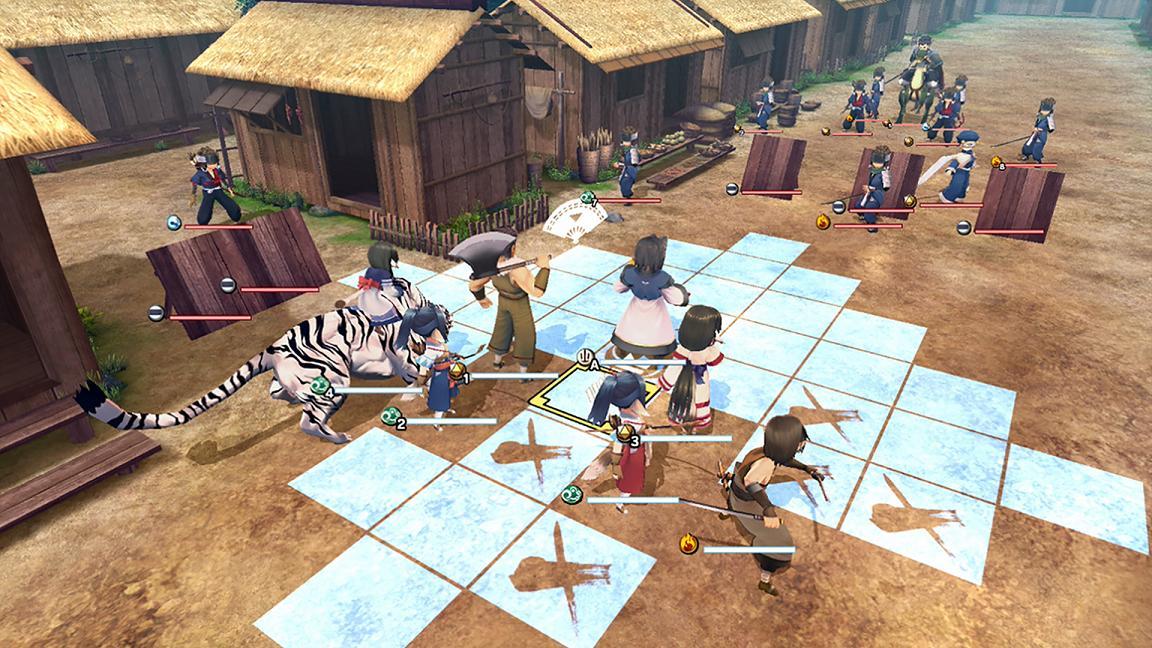 Each battle unit has an elemental affinity and makes them strong and weak to other elements. As you target an enemy you’ll be able to get an estimate on the amount of damage you’ll do as a result of this. There are items that you can equip to change a party member’s elemental affinity if needed.

It won’t take long for your party to grow past the number you can use in battle. Unused party members will still earn experience, but not as much as those in battle so you’ll want to rotate them regularly. Battle points are given to units who have fought in a recent battle and those points can be used to increase their attack and defense stats.

With battles you can expect violence, and this game is no exception. Blood is present and some characters you get to know will die. Drinking and drunkenness are shown. There are references to a red light district and Hakuowlo has quite a harem fawning over him. Though sex is not seen, it is implied. There is at least one bath scene and some female chests are shown though they are usually hidden by steam. There are several priest/priestess characters who worship various deities. In battle, the priestesses can use magic. Last but not least, there is a fair amount of language including words like b*stard, b*tch, d*mmit, and sh*t.

Overall, Utawarerumono: Prelude to the Fallen is a well-polished game, and judging by the visuals, I would have never guessed it first debuted on the PS2. The Japanese voice acting is well done too. If you enjoy visual novels, turn-based strategies, and don’t mind the moral issues, it’s worth checking out. Sadly the physical edition of the game has a $20 premium over the digital versions as of this review.