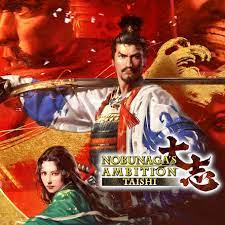 Nobunaga’s Ambition: Taishi is the fifteenth installment in this series and it’s the second one I’ve played. You can read my review of Nobunaga's Ambition: Sphere of Influence here. Like its predecessors, Nobunaga’s Ambition: Taishi is a simulation/turn based strategy game. Along with historical drama, there are various clans with different resolves and ambitions. These differences often cause conflict and wars to break out. The AI can handle battles automatically, but ones that are close or not in your favor are best handled manually.

Upon launching the game, you’ll get to choose which of the scenarios you wish to play. Each is bound to keep you occupied for hours so there’s plenty to do. At the beginning of each campaign, you can pick the size clan you want to manage. In theory, the bigger clans have more resources, but they also have more enemies so choose wisely!

As you play the first campaign, the tutorial will offer to teach you the basics of managing trade routes, farming, diplomacy, clan management, and battles.  I highly recommend not skipping them or you’ll be in for a steeper learning curve!  Thankfully time does not pass on your turn until you tell it to and there are multiple speeds so that's helpful as well.

Like other strategy games, you’ll have to manage your resources. Trade routes will bring in gold and other necessities like horses and guns. You can monopolize trade routes for greater profit, but don’t expect your neighbors to take that maneuver sitting down! Your army can consist of farmers with pitchforks or you can train proper soldiers at a higher cost. Keep an eye on your resource levels because your army will disperse in a hurry if you don’t have enough food or gold to keep them happy.

Each season has a clan meeting where you get to listen to pitches from your clan leaders and decide on what to focus on in the upcoming season. Will you build up your army, support your farmers, or strengthen your trade relationships? The decisions made in these meetings unlock technology tree options that will benefit your clan throughout the campaign.

In the beginning, your neighbors will typically mind their own business. You can strengthen your relationship by sending over diplomats (for a cost). Alliances can be formed and they’re beneficial in war times if you need to borrow soldiers or strongholds. You can acquire other factions through diplomacy or war. 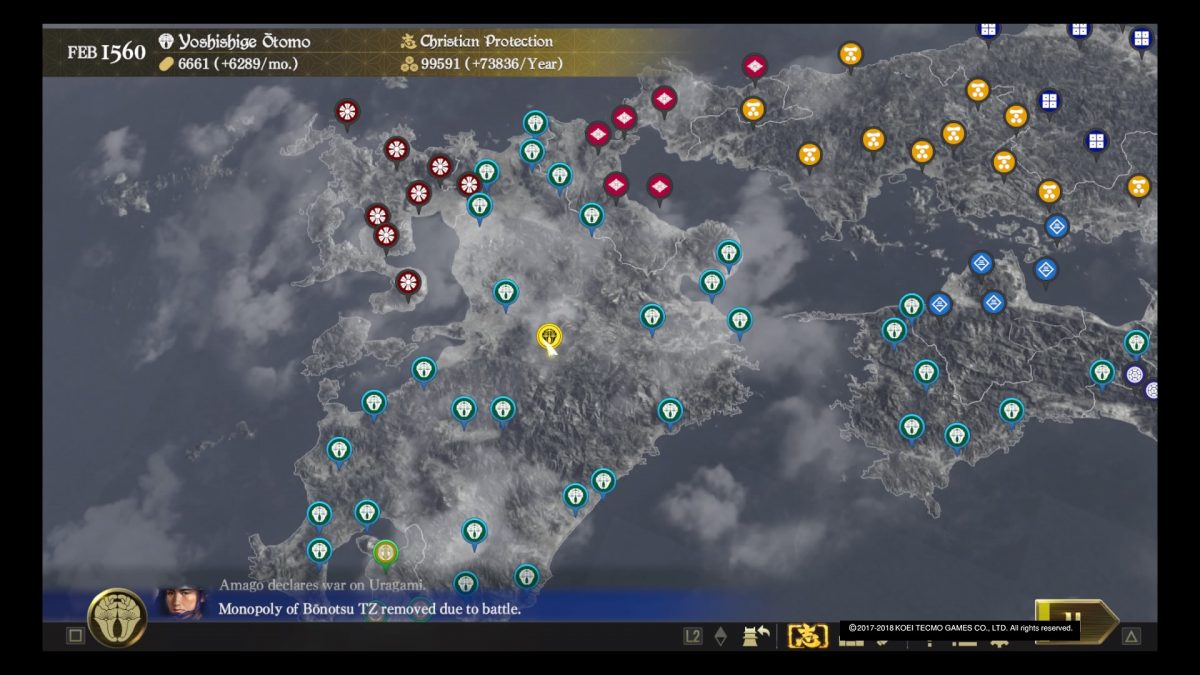 If you choose to engage in a battle, you’ll soon discover that there are many battle styles and tactics available if you have multiple officers (and their armies) at your disposal. In the heat of the battle, an officer may suggest a battle tactic to implement and it’s wise to listen to them.

The battles are not very detailed, but violence is implied especially in a beheading cutscene. The overworld maps are a bit bland, but functional. The character art is highly detailed and looks great though.

The classical background music is very soothing and sounds good. The sound effects are fitting and don’t sound out of place. There is minimal English voice acting in the council meetings.

If you enjoyed previous Nobunaga’s Ambition entries, this one is worth looking into. The Steam reviews are mixed due to the dated visuals and simplified game mechanics. There is still a steep learning curve, but this game is fun once you get the hang of it. If you enjoy conquering territories Risk style, Nobunaga’s Ambition: Taishi is worth looking into.