The kingdom of Bella Lagucia is rapidly deteriorating while being ruled by rivaling siblings King Lorenzo and Queen Florentia. They live in separate castle towers connected by a mighty drawbridge. The rulers are not the sharpest knives in the drawer and every disagreement between them, big or small, is settled by a game of Legio. The villagers are suffering from starvation and disease while these rulers are constantly playing this game.

Legio is relatively easy to play but difficult to master. When you start the game you have twenty five points you can spend towards building your army. The various characters have different costs and you are limited to how many times you can use them in the game. There are two rounds to play, and if a character is killed off in the first round, you can’t replace them. One neat thing is that the winner gets to bring their surviving units to the second round. They won’t regenerate health though. If it’s any consolation, the loser determines the battle ground for the second round.

Legio is a turn based strategy game. The turns are based on the unit’s initiative rating. There are many different approaches to playing. You can play offensive or defensively. If you don’t want to move a unit, you can put them in a defensive stance to minimize damage they receive. Every move you make is vital; unfortunately you cannot take back a move once it’s made.

Here’s a breakdown of the units, their cost, and their special abilities: 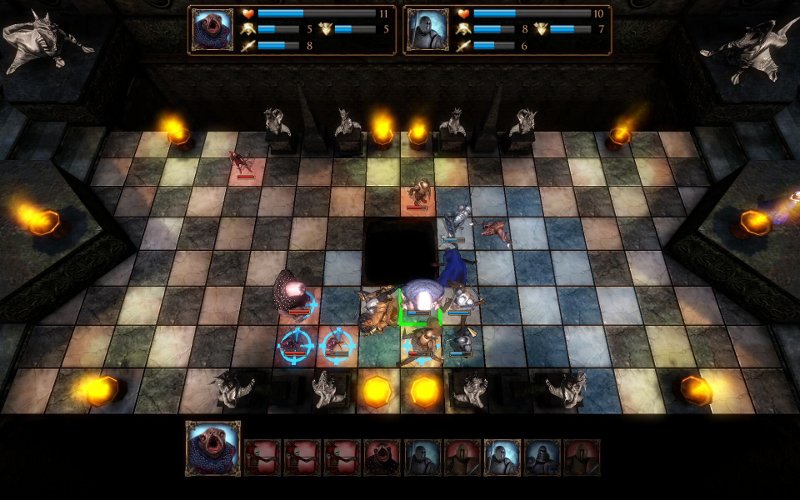 If you position your characters around a captain their offensive and defense abilities are boosted. If the opposing team has a magician or a giant they can damage multiple units with one strike so it may be to your advantage to keep your units separate. Be warned that a Magician or a Giant will injure friendly units in the line of fire.

A winner is determined by wiping out all of the enemy forces. The second level is chosen by the loser and each team is awarded twenty five points to re-assemble their army. After each round a statistics table is shown and awards points to both sides. It’s neat to see how long each turn takes and the accuracy of the attacks. When a unit is attacked there is no way to defend against it. To attack an enemy unit, you have to click when the aiming reticule is lined up in the bull’s-eye.

The interface is mouse driven and fairly easy to use. At times it’s difficult to get the attack option to activate. This is a 3D puzzle game and the character models are definitely unique. I love the battle animations. 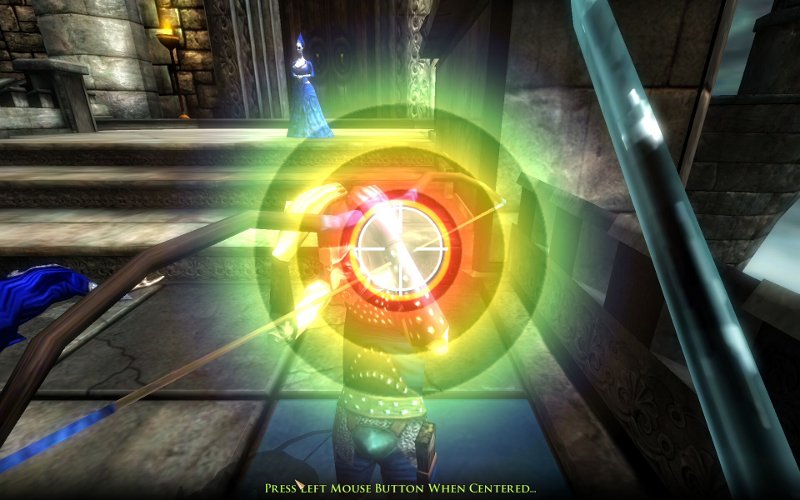 The background music changes tempo as the game gets more intense. To be honest I don’t really notice but that’s a reported feature of the game. The voice acting is pretty good, especially for the attacking units. The king and queen are a bit hard to understand at times. I am able to make out when they are cussing though.

Other than the cussing, there are violence and occult references. When a unit is attacked there’s some blood gushing. The magician has a pentacle symbol in his stats and that’s the symbol used for casting a spell on a unit. Lastly, even though the queen is very unattractive, she’s well endowed and jiggles a bit when she talks.

Moral issues aside, Legio is a fun puzzle/strategy game. With a price tag under $10 it’s a hard deal to pass up on. With the swearing and violence, I would not recommend this game for kids.