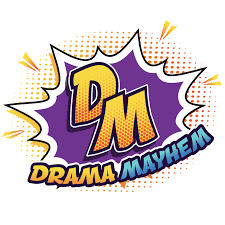 Thank you Drama Mayhem team for sending us a sample deck to check out!

Drama Mayhem has already surpassed its meager Kickstarter goal of $2500. According to the Kickstarter page, it’s a combination of ‘Cards Against Humanity’ and 'Charades'. Though we were given a small deck to work with, the final product will have sixty scenarios and quirk cards. There is also an edition that will include an additional 60 adult-only scenarios and quirk cards. The cards we were sent were suitable for all ages and my family loved it. 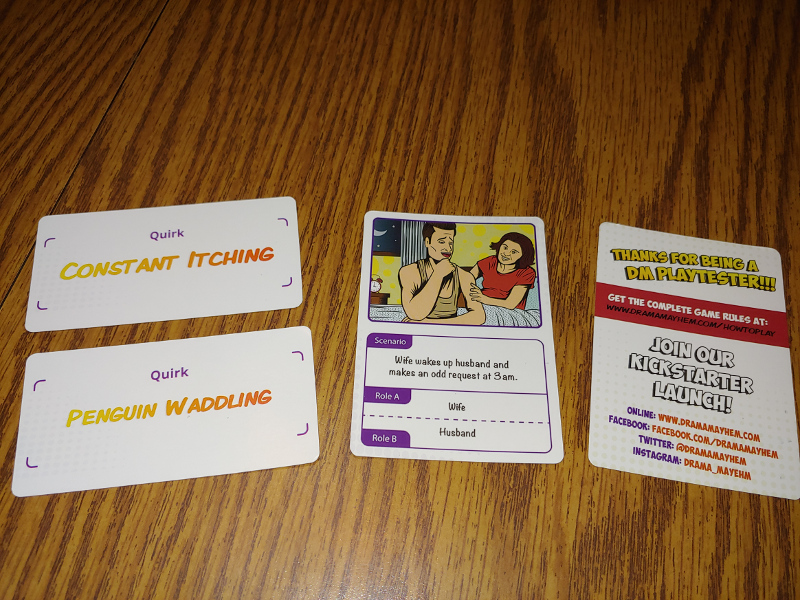 To begin the game, you must select the first round’s judge, who reads the scenario card and chooses two role players.  Quirk cards can also be added for more hilarity.  They seem to be optional, but we used them for every round with no regrets.  Once everyone has been chosen, set a timer for sixty seconds and then judge who the best role player is.  I’m uncertain if a timer will be included with the full game, but we used the stopwatch feature on our phones.  Tokens will be provided in the final product, but I’m not sure what their significance is since we were not sent any. 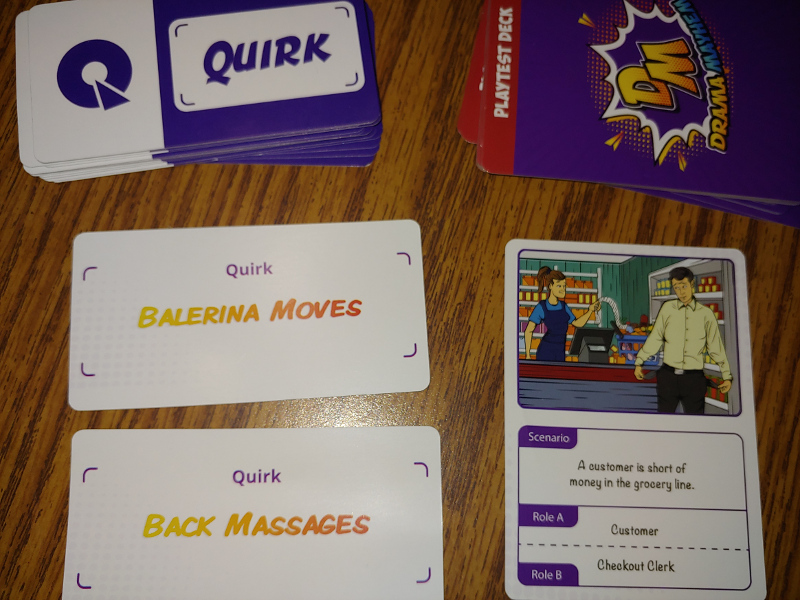 After the roleplaying is finished, the judge determines who the best actor was and gives them the scenario card to keep for a point. The first player to seven points wins. The scenarios range from a barber and a customer with a bad hair cut to a waiter and a customer with a strand of hair in their food. Adding a quirk like one of the characters being Darth Vader and the other being a Japanese Sumo Wrestler makes things really interesting. One of the quirk cards is for being a ballerina, but they forgot one of the L’s. Hopefully, there’s still time to fix that typo.

Other than that oversight, the other cards seem high-quality with nice artwork on them. The material seems pretty durable as well. After playing through this entire sample deck, my family backed this product and look forward to playing it some more.