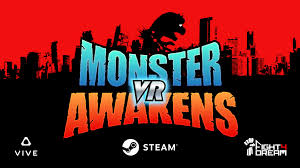 Thank you FIGHT4DREAM LIMITED for sending us an Early Access Steam code!

VR Monster Awakens is a fun VR game where you destroy a city, and prevent the military from killing you. You are a giant monster, so you can eat people, wreck buildings, and throw cars. With 5 modes to play, VR Monster Awakens has a lot to offer.

As I said, there are five modes. There is the Classic mode, where you try to survive for 180 seconds. There will be tanks, helicopters, and soldiers trying to prevent you from destroying their city. There are three levels, but all of them have the same goal. When you beat the third one, there is a boss. If you beat the boss, you win. Freestyle mode is just like Classic mode except there is nothing there to hurt you. You just destroy buildings and eat people. The other three modes are Party modes. In these ones, you cannot walk around, and you have to beat your high score. There is Knock Down Buildings mode, Destroy Vehicles mode, and Catch and Eat mode. In Knock Down Buildings mode, you have to destroy as many buildings as possible in a short amount of time. One problem with this mode is that since you can’t move around in-game, you need a large room in order to quit the game with your room left unscathed. In Destroy Vehicles mode, you need to break a lot of cars in a limited amount of time. In Catch and Eat mode, you need to do the same as the others except you have to eat humans instead of destroying cars or buildings. 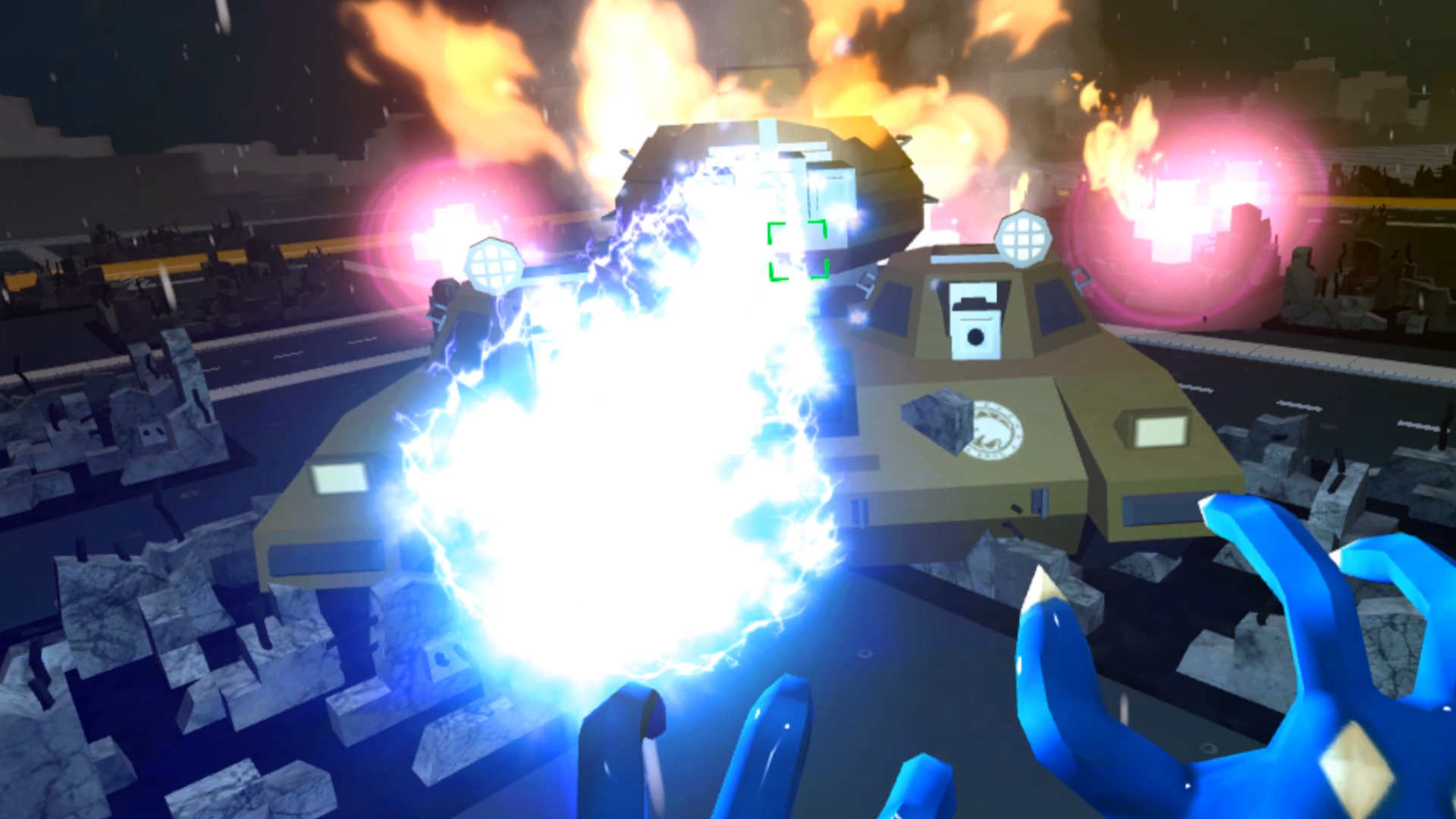 There are seven Steam achievements. There is one for completing each Party mode, and also one for beating the easy mode on classic, as well as one for the normal and the hard mode. There is a big problem, though: There is no hard mode. It says that 0.1% of players have that achievement (probably the developers), so it’s impossible.

There are many ways to wreck something. You can use your hands to smack and punch buildings, as well as to throw cars and crush people. This game actually supports Vive trackers that you can mount to your feet, so you can also kick and crush stuff. Also, the trackpads on your controllers have a use. If you push in on the top, you can shoot a fiery beam that sets people on fire and does a good job at breaking down buildings. If you push in on the bottom, it lets you jump to your desired location (comes in handy as walking is incredibly slow). When you land, it will kill everyone around you, break cars, and damage buildings. You can also land on top of small buildings, but there’s really no point in doing that. 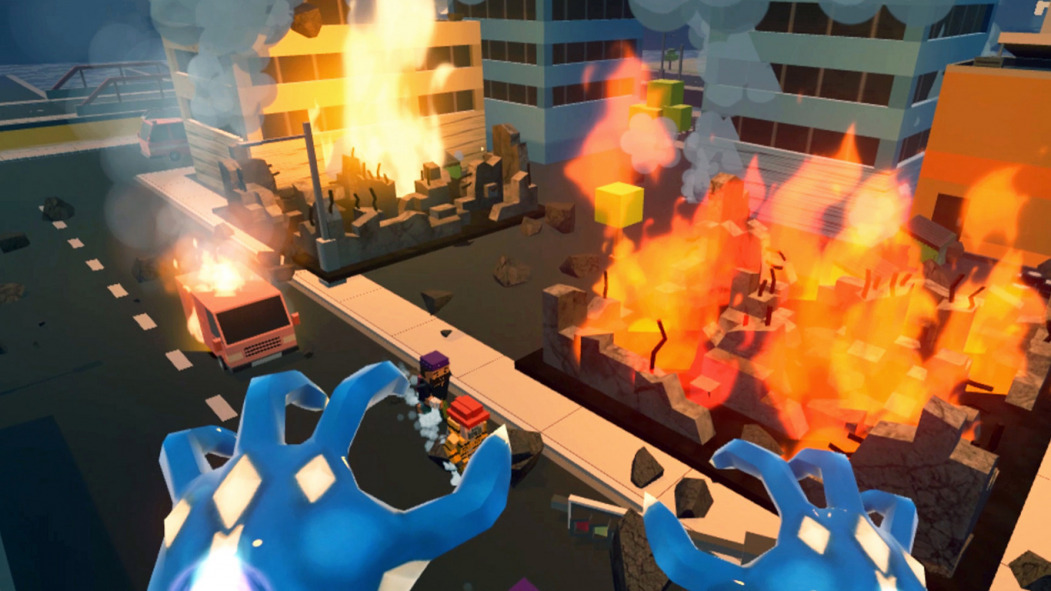 Morally, VR Monster Awakens is okay, except for the fact that you are literally killing everyone in a city for no reason at all, there is nothing really wrong with it.

VR Monster Awakens is a really fun game. I like how it supports the foot-mounted Vive trackers, and if you get it, I think you will enjoy it. It is early access, but it seems to be abandoned by the devs (there are a lot of options in the menu that say “coming soon,” but I don’t think any of those will actually come because it was released in 2016). Other than that, it’s great, and I recommend it to many people.