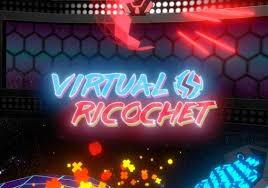 Virtual Ricochet goes above and beyond your typical tennis game. You are armed with a racquet and a firearm. Both have two modes that change their color to either red or blue. In order to deflect or do damage to the robotic enemies, they’ll have to be set to the proper color.

At the time of this preview, there are only eight stages. If you’re pretty agile, this game may not entertain you for very long. With that said, I was getting challenged by the fourth level on normal difficulty. I was also getting motion sickness after forty-five minutes of playing so if you get nauseous in virtual reality, this game may not be for you.

Each stage has three waves of enemies that you must survive in order to unlock the next level. You start off with three lives and you lose one for every time you get hit with flames or a red/blue ball hits one of your platforms. At first, you only have one platform to worry about, but it doesn’t take long for more to be introduced. Teleporting between them is necessary and the robot drones will aim for random areas.

The drones have a shield barrier that has to be whittled down before you can do actual damage to the enemy. Some drones have a healing unit replenishing their shield so you’ll have to take those out first. There are multiple drone types and they each have unique offensive and defensive tactics. One of the attack drones will target you and lock onto your position. If you don’t move out of the way when the lock on turns red, you’ll get burned with flames. The other drones will fire red or blue balls toward a square on one of your platforms. It’s nice that the trajectory of the ball is shown so you know where to go to hit it out of the way. If you manage to hit a drone with one of their own attacks, it does substantial damage to them or their shields.

Whenever you complete a level, you’ll earn upgrade points. You can spend these on various enhancements like better guns, faster reload speeds, and increased damage. I regret not upgrading my racquet as it was not recharging fast enough when the drones were firing multiple balls in one turn. Thankfully, you can replay levels and earn more upgrade points. I liked earning perfect level scores with zero hearts lost. 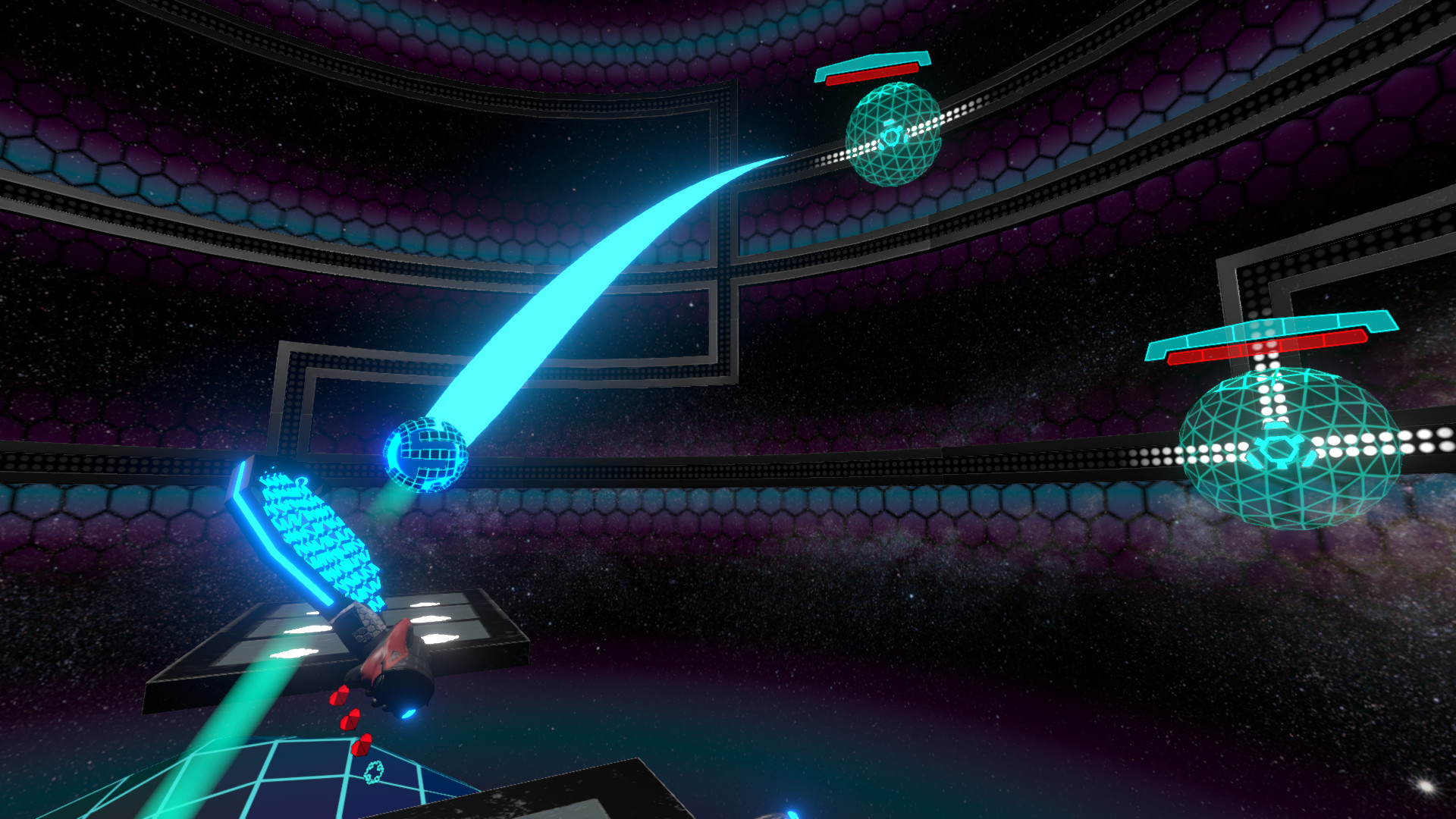 Visually, this game reminds me of Tron with its simplistic and futuristic geometrical design. The drones are not incredibly detailed, but their attacks look menacing.

I’m not familiar with the DJ MercuriusFM, but they provided the retro synthwave soundtrack which is very fitting for this game’s aesthetic. The voice acting and weapon sound effects sound good too.

From a moral standpoint, this game is pretty family friendly. If you get blasted by the flames there is no blood or gore to be seen. You’ll just lose a heart.

Other than the motion sickness, I enjoyed playing this game. I look forward to future updates and will check it out further once it leaves Early Access. If you enjoy VR and tennis and don’t get nauseous in VR, be sure to add this title to your Steam Wishlist.