Thank you Monochrome Paris for sending us the review code!

Singularity 5 is an engaging futuristic VR wave shooter where you take on intense amounts of robots, with 5 levels to play, and 4 weapons to choose from. There are a variety of enemies, as well as one final boss.

The story of Singularity 5 is a bit complicated, but to sum it up, there is an evil goddess that was constructed in front of the Eiffel Tower that sends evil robots to try and kill people, and you must destroy this ungodly goddess to save Paris. You must get through all of the defenses in order to destroy it, and to do that, you need high-power weapons. 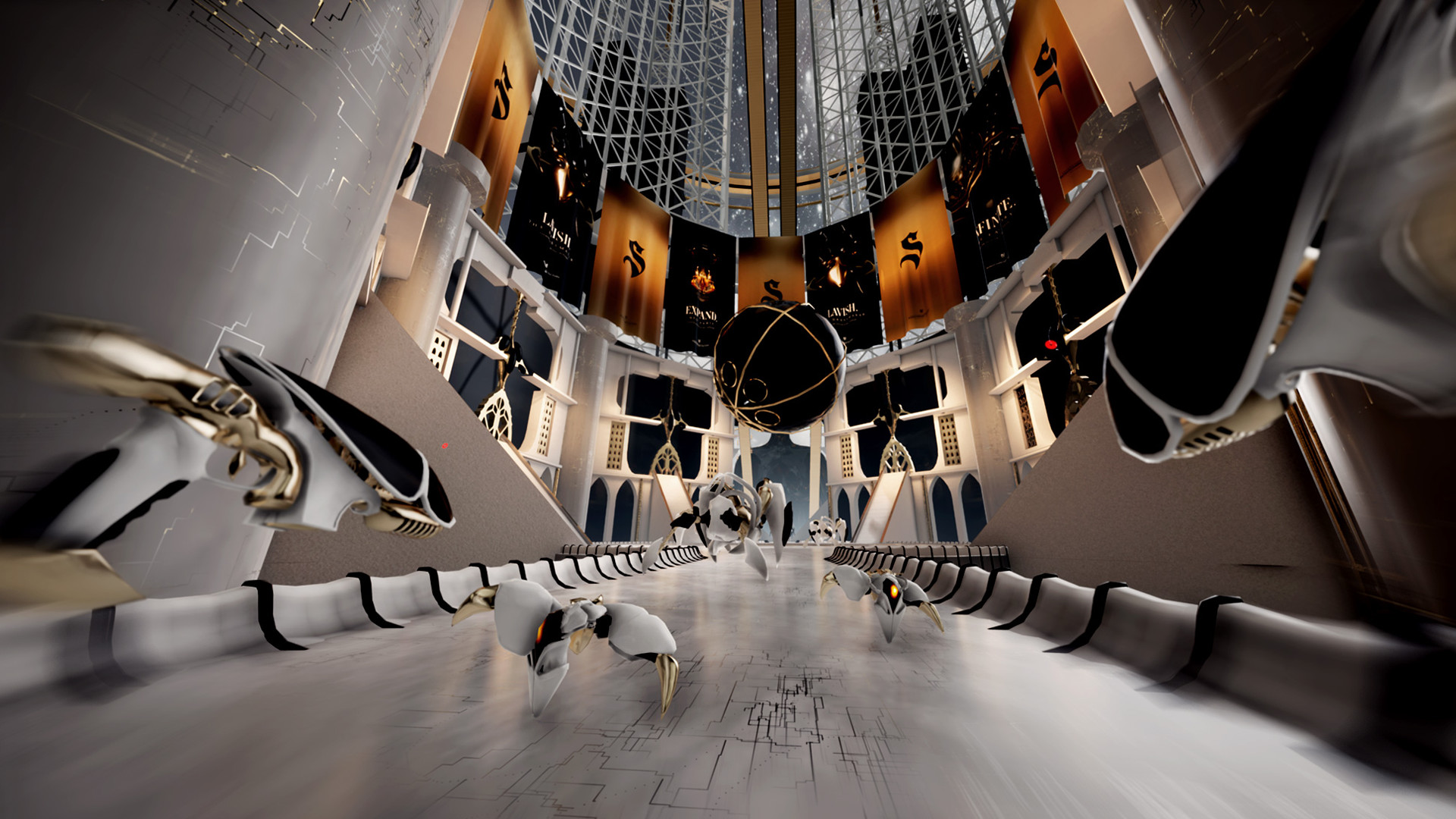 Strong Points: Intense wave shooting action; great graphics and visual design
Weak Points: Only 5 levels; music could be better
Moral Warnings: The last few phases of the final boss look a little gruesome even without blood; final boss also does not wear anything (nothing is shown though); killing robots

The graphics are absolutely amazing, and the music is okay. The music is definitely not something I would listen to often, but it is fitting for the game. The controls are fine, but are a little buggy at first. The first time I launched the game, it showed the Vive controls when I was playing on an Oculus. Other than that, though, I have no problems.

In each level, there will be many waves of enemy robots after you, and you must use your four unique weapons to defeat them. You start with a pistol, a grenade launcher, and a regular grenade. You can dual wield all of these, and once you unlock the fourth weapon, the machine gun, you can easily take down any normal enemy very easily.

The final level of the game is the last boss, the goddess. She has a pretty simple attack pattern, but before you can attack her you have to fight a few waves of enemies first. Then, you have to fend off some high-powered enemies. After that, the mouth of the goddess statue opens. Inside the mouth is a skull that is the only weak point on the goddess. Shooting this enough times will make her close her mouth, and she will summon more enemies. This is still hard to do, though, because there are powerful robots shooting lasers at you the entire time you do this. This process repeats, adding new attacks as you progress through the phases. 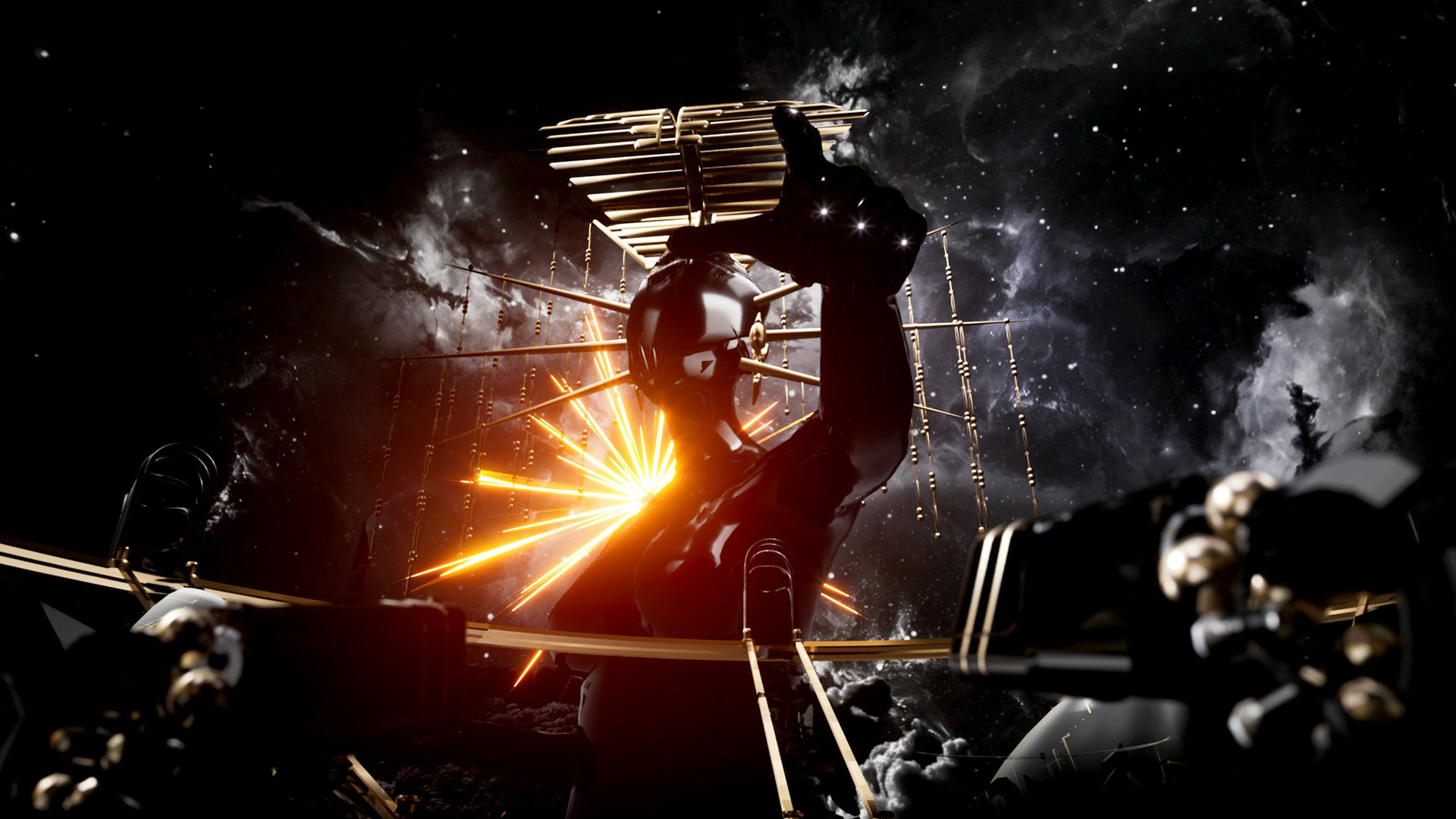 There are many types of robots you must fight, such as the drones, dressmakers, and arachnoïds. These are the actual names provided by the Singularity 5 website, and all of the robots have their strengths and weaknesses. The dressmakers are strange-looking robots that jump at you and create debris in your face. You have to swat away this debris with your hand, and if you don’t do it quick enough, you will take some damage. Overall, these aren’t too big of a threat, but killing them will give some extra points. The drones are quite annoying to deal with because of how fast they can kill you if you ignore them. They shoot floating grenades at you and will explode if you do not swat them away. The last one that I mentioned, the arachnoïd, is a powerful walking tank that shoots insanely powerful lasers that will destroy you in a few hits. There are a few more, but I will leave those for you to discover.

Singularity 5 is insanely hard, even on easy mode, so if you are looking for difficulty, I would highly recommend this game.