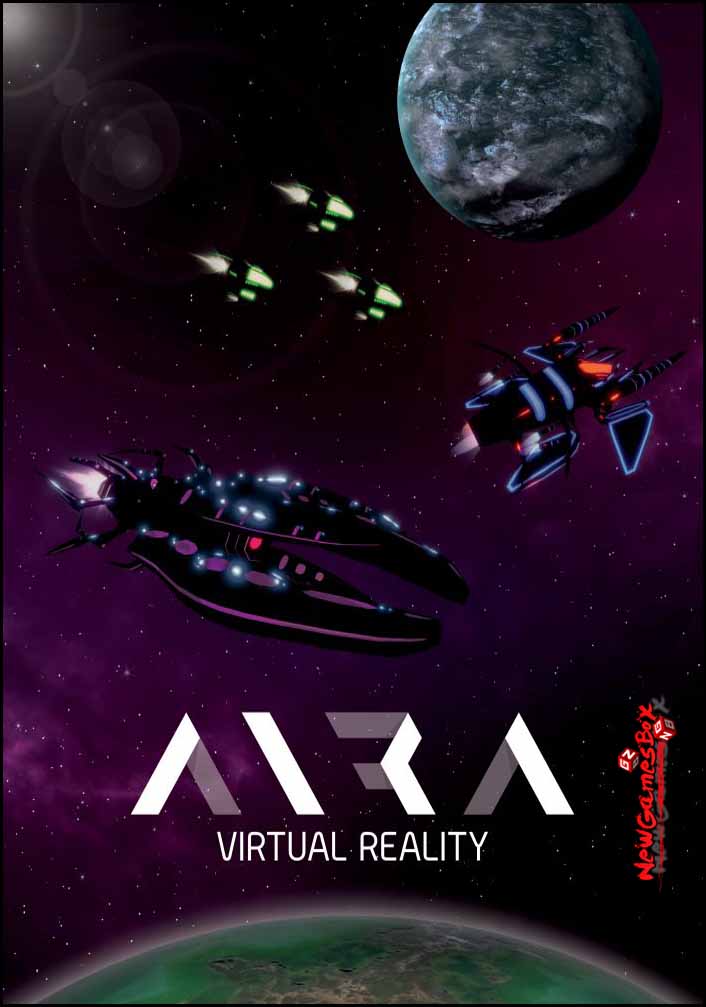 Thank you racoonbytes for sending us this game to review!

AIRA VR is a very fun tower-defense shooter game where you have to place towers and use your guns to take down enemy spaceships. There are 9 levels, and 3 waves in each level. Can you survive all three waves, or will your facility get destroyed? Set up a good strategy, and you will live.

In every level, you will get a limited amount of defense points, which allow you to place towers. The amount you start with will vary depending on the level, but when you complete a wave, you get more. You also start with some money, so you can buy towers and weapons. You start with dual pistols, but once you beat level one you can buy a bow. After that, you get an assault rifle, and after that, a sniper. After the sniper, you get a flamethrower, and then a minigun, and finally, a laser blaster. These all work differently, and have their strengths and weaknesses. Since you have two pistols, you can hit many enemies at a time. Other than that, the pistols are very bad. The bow can hit enemies that are immune to lasers, and the assault rifle shoots very fast. The sniper deals an insane amount of damage, but you have to wait a while if you want it to do a lot of damage. This means that if you spam the trigger, it will not deal very much damage. The flamethrower is very powerful, but has low range and limited ammo. The minigun has the same problem as the flamethrower, except it has high range. Finally, the laser blaster is powerful, but you have to charge it up by cranking it, and if you crank it too fast it will overheat. 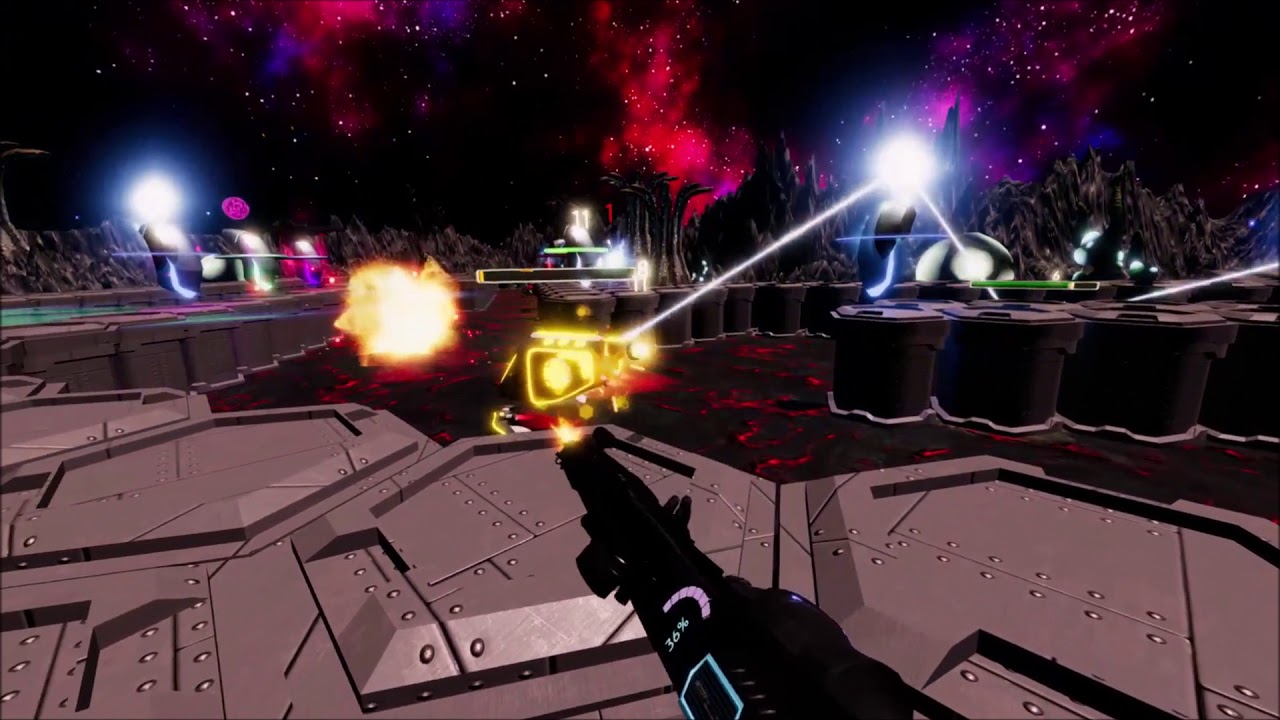 There are a lot of towers, so I will not go through all of them, but they all can do many different things. Some shoot rockets, many shoot lasers, and a few can even buff the other towers. Some can slow the enemies, and there are even towers that disable the enemies’ special abilities (some enemies can have shields or heal). There are also a few towers that are just bad.

One problem with AIRA VR is that when you leave the game, it only saves what level you are on, but not the weapons and towers that you have purchased, or what wave you are on. I always buy every weapon, but when I leave, I have to go and buy all of them again. It does give you some starting money, but it’s never enough for all of the weapons and towers that you have unlocked previously. So I suggest that the developers either provide more money at the start of a level, or just fix this altogether (I’d prefer the latter).

There are a few bugs that I found, but the most notable ones were being able to use guns at your home base, and being thrown through the floor during a level. 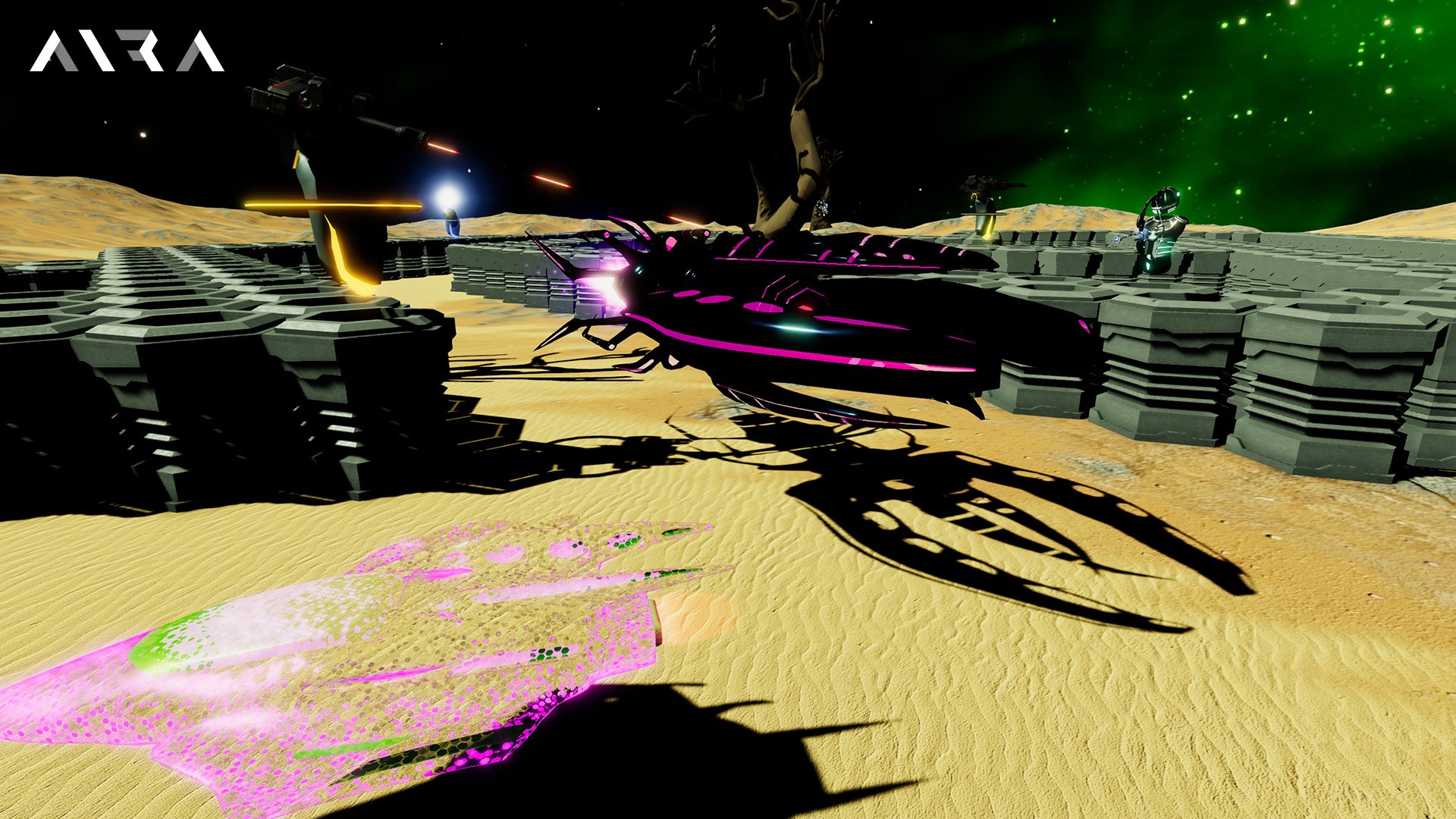 Morally, it is okay, but the main character other than you, who’s name is Aira, wears very skin tight clothing. Also, I discovered by accident that if you touch her you get an achievement and she tells you to keep your hands to yourself. Other than that, there is a little bit of violence, but nothing gruesome because when you destroy a ship, it explodes and nothing is left behind.

AIRA VR is a fun tower-defense game that is semi-family-friendly, and I would recommend it to anyone who enjoys games like this and has a VR headset of their own. There are a few bugs, and the teleporting can be a bit annoying, but other than that, I think it is fine.