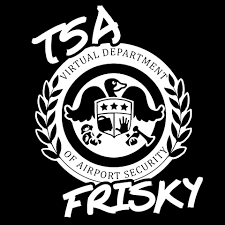 Thank you Out There Entertainment for sending us this game to review!

If you’ve flown on a (non-private) airplane recently, chances are that you’ve dealt with the Transport Security Administration (TSA). Thanks to them, security and waiting in lines at the airport have increased. Your job as a virtual TSA officer is to verify passports and to remove contraband hidden on passengers and in their luggage.

You can inspect passengers with the wand or by frisking them with your hands. The wand will make an audible noise when an object is detected and your controller will vibrate if you’re relying on the frisking technique. There is no penalty for frisking people in their private areas, but I have yet to find any objects there as they are usually hidden in their shirtsleeves and pant legs.

Some of the passengers will stand still for you and make it easy to frisk them while others prefer to dance through the process. Occasionally a rainbow passenger will appear and you’ll have to gather the numerous contraband items and reject them before the time runs out. Once a passenger and their luggage is inspected, you can close their suitcase and stamp them for approval. The only other time you need to disapprove somebody is when they show you a forged passport.

The contraband changes with each level so you should study the handbook on your belt to see which items you’re looking for. Items removed from frisking need to be thrown into a contraband or 'everything else' container. Despite 'everything else' changing frequently, snow globes seem to be considered contraband most of the time. The forbidden items are often silly like whistles, duct tape, cassette tapes, neck pillows and so on. Some contraband items like prescription bottles, wads of cash, switch blades, and computer viruses make sense, but they are often okay unless stated otherwise.

At the end of the level you’ll be rated by how many perfect screenings were performed and you’ll be awarded a gold, silver, or bronze trophy accordingly. As you make mistakes in the level or take too long to do the frisking, your stress will go up. If you become completely stressed, you’ll have to restart the level. 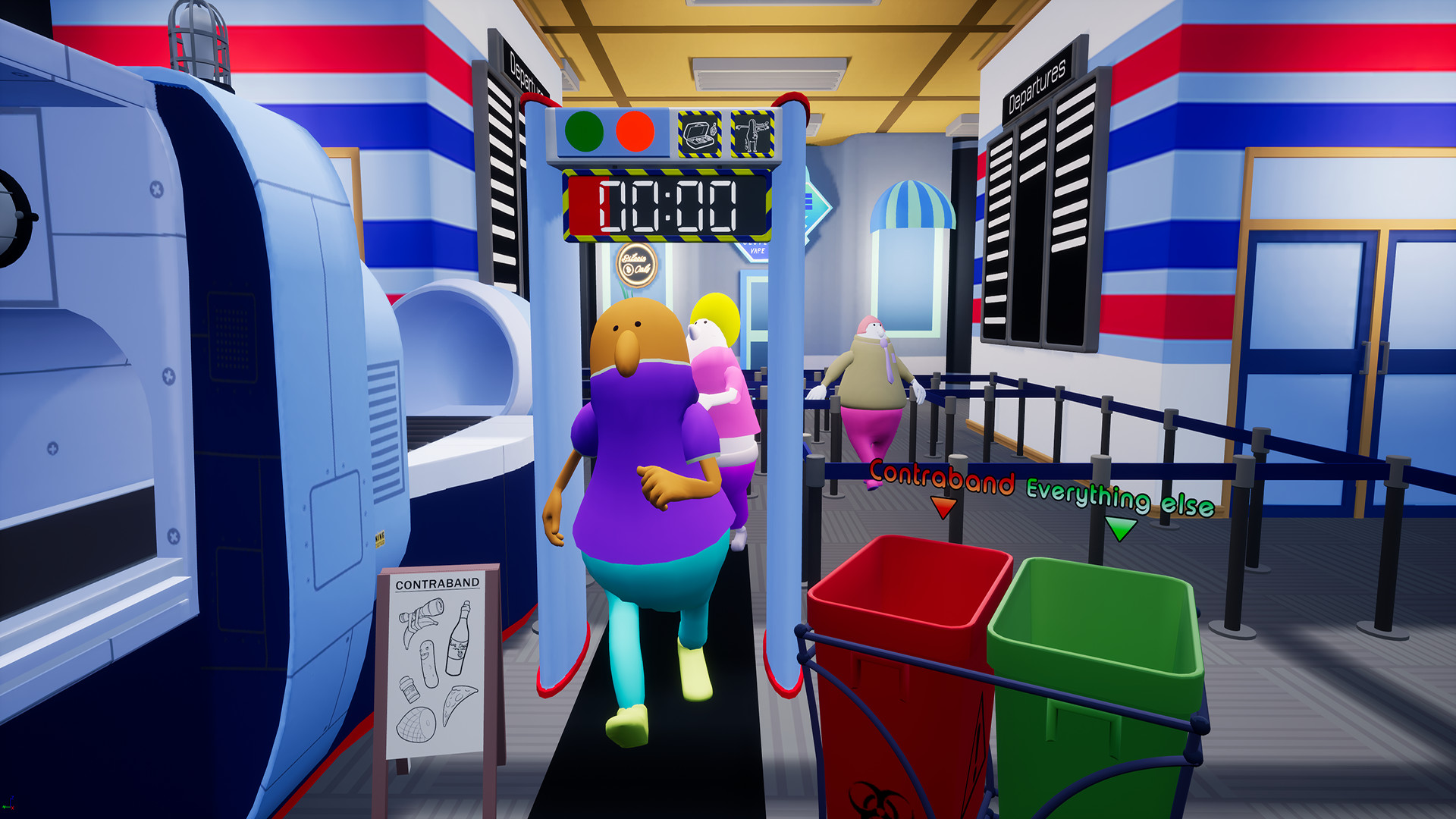 I did experience one glitch where I completed a frisking and the next passenger would not step forward. Not only does this cause confusion on my part, but it increases my character’s stress and reduces more score for the level. Sometimes a dropped object that hasn’t been filed will get in the way, but I couldn’t explain some of the other holdups that I experienced in this game.

The graphics aren’t that detailed but they get the job done. Many of the items packed are rather silly and it was humorous to pull out a ham or a bowling ball pin from a passenger’s outfit. The passengers are rather cartoonish in appearance so I don’t see any sexualization here at all.
The voice acting is rather limited and your agent repeats the same phrases over and over again. The background music is elevator worthy and not memorable at all.

Despite the mediocre visuals and audio, TSA Frisky is still worth checking out due to its silliness. It’s bound to draw and entertain those nearby as you’re playing this game. The asking price is a reasonable $14.99 and it’s worth adding to your wishlist if you like goofy games.