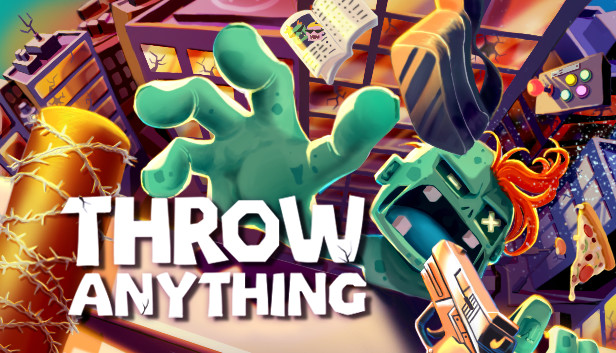 Thank you Visual light for sending us this game to review!

“Scientist X” has spread a zombie virus around the world by using a powerful cube he invented. Five scientists that opposed his plan have divided the cube into five pieces and scattered them across the world. In retaliation, Scientist X has sent his zombie horde out to look for the missing pieces. As part of the Secret Delivery Agency, you must protect the guardians of the cube pieces from the zombies climbing up and into their skyscraper locations.

There are six different stages and they unlock after the previous one is cleared. Each level has three difficulties: easy, normal, and hard. In total, there are forty-four Steam achievements and you can get almost half of them by clearing each stage on every difficulty setting. Other Steam achievements can be earned by killing zombies in certain ways or by using specific (and powerful!) weapons. 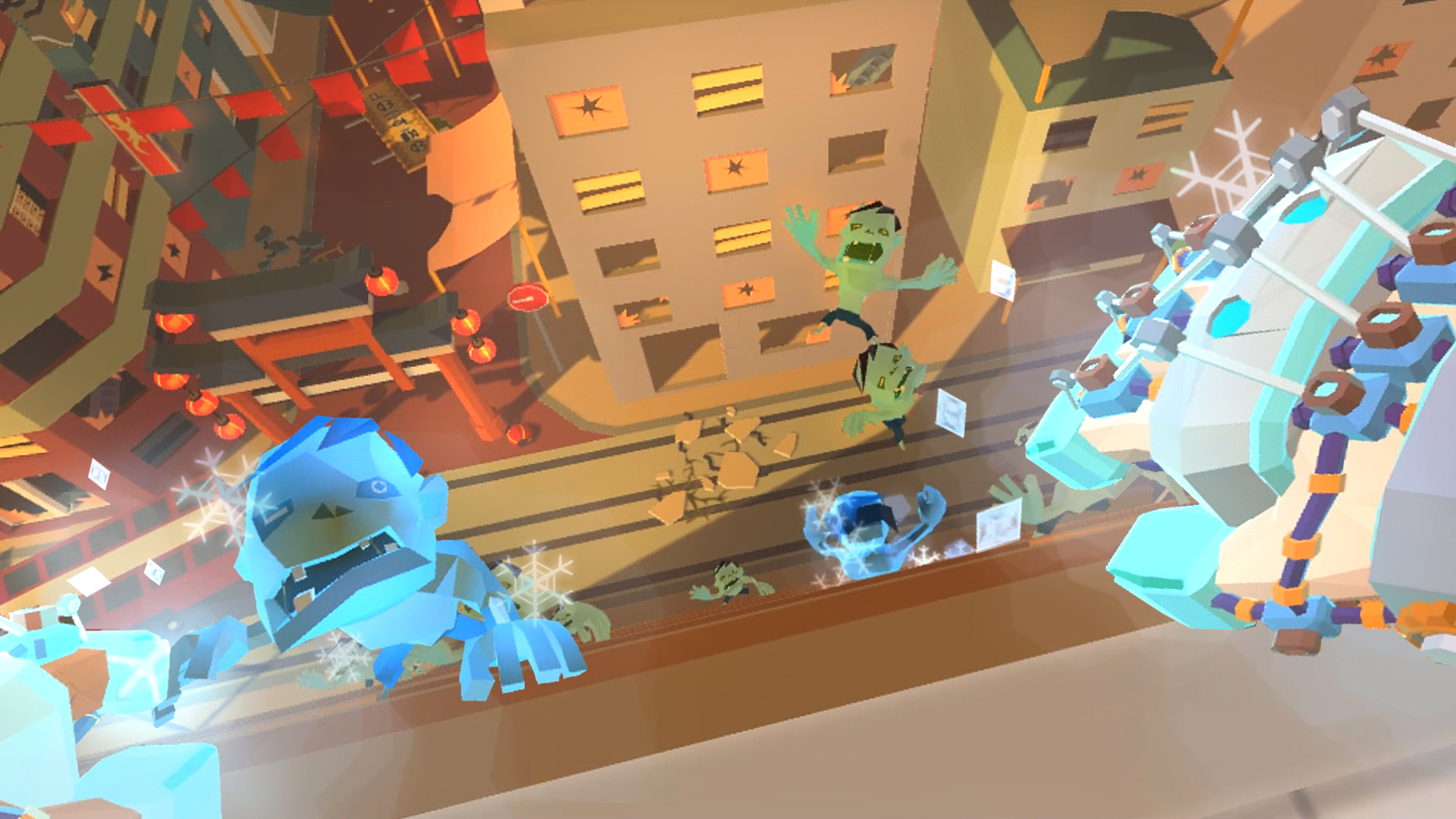 Strong Points: Fun concept; multiple difficulty levels
Weak Points: The NPCs shouting “No!” every time you throw something of theirs gets annoying; even on easy the game is pretty fast paced and challenging
Moral Warnings: You have to kill zombies but there is no blood or gore; you can remove some clothes off of one of the bosses

Each level has you starting out in front of a large window and it doesn’t take long before zombies begin scaling the walls in an attempt to retrieve the cube piece and kill anything in their way. You’re not equipped with any weapons, but you have free reign to break apart tables and cabinets to hurl the pieces down at the zombies climbing toward you. Anything on the walls, tables, and floors is fair game. However, the NPCs in the room will shout at you telling you to stop and it gets rather old fast. Out of frustration, I threw the first level’s NPC at the zombies and he came back with a broken arm. After a couple of more throws, he too became a zombie. There’s a Steam achievement for killing an NPC but more achievements can be earned for keeping them all alive.

Every level has a different theme and throwable objects at your disposal. For example, the kitchen level has a bunch of food items and a giant freezer that you can fill up and freeze to make them more effective. Several times during most of the levels a delivery robot will drop off a package that often comes with handy or powerful weapons inside. The delivery robot is pretty good fodder to throw at the zombies. Another lesson I learned was not to touch the delivery box with the freezing gloves equipped. While a frozen box makes a decent weapon, it’s no longer openable. 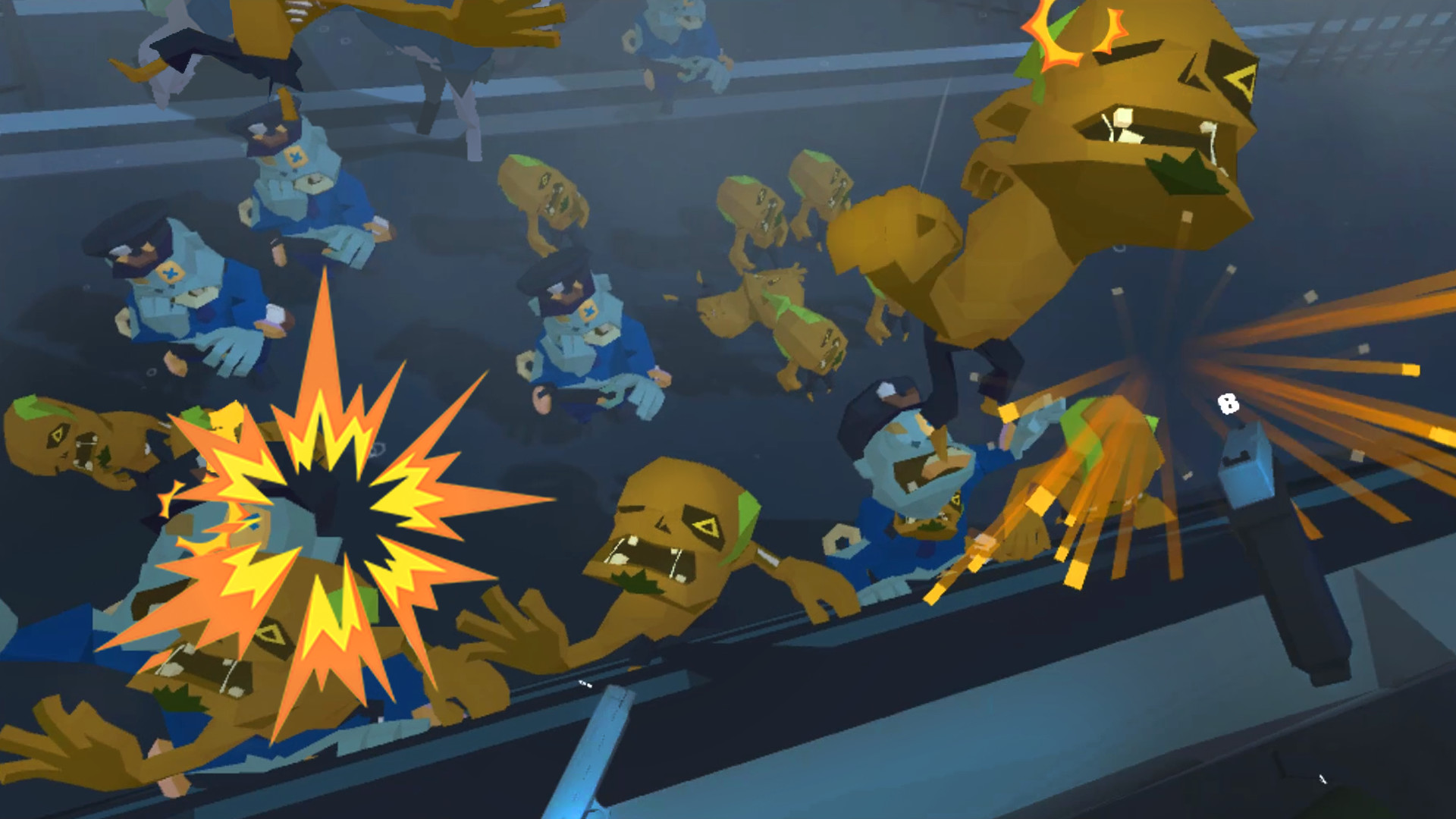 Zombies climbing up the walls are not the only threat. Some levels have zombie birds that are rather annoying and deadly if not dealt with fast enough. In later levels, zombies come at you from behind, so you’ll have to stay on your guard. Each level has a mini-boss and a final boss. Though there’s not much variety in the zombies and the mini-bosses, the final bosses are all unique. There’s a Steam achievement called Pervert for removing the clothes off of one of the bosses. I haven’t done that and didn’t see anything questionable in the bosses I faced.

Throw Anything is pretty family friendly and is more about silliness than violence. There isn’t any blood but there are plenty of explosions. Along with bombs and grenades, you can take out zombies with crossbows and guns of all shapes and sizes. Whenever a zombie is hit with a projectile, an orange impact explosion is shown.

Other than the annoying voiceovers, Throw Anything is a pretty fun experience overall. Initially it was released with one difficulty level and many felt that it was too challenging. Even the easy difficulty can take many attempts before clearing a level. It’s nice to see that the developer is listening to feedback and I look forward to more silly and family friendly titles from Visual light.