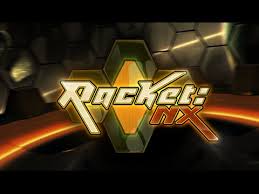 Thank you One Hamsa for sending us this game to review!

I must confess that I have not played racketball before, but I have been meaning to. Even playing virtually, it’s quite a good workout and made my shoulders and arms sore after playing it several days in a row. Like many VR games, you’ll need an open area that is clear of any obstacles or breakable items. When you launch the game, it states you must be at least fourteen years old and says, “For the love of god, strap the controller to your wrist!” It’s a shame that they didn’t at least capitalize God when using His name in vain.

There are three different game modes to enjoy. Online multiplayer is an option, but I did not find any matches to join, unfortunately. If you have friends that own this title on Steam, you can arrange a match with them through the game. Sadly, none of my Steam friends own this game either so I was not able to test the Multiplayer mode.

Even without Multiplayer, there’s still plenty to do in the two single-player modes. The Solo mode is my favorite with its levels that increase in difficulty. Depending on how fast you complete the levels, you’ll be awarded between one and three stars. In the Arcade mode you can play Zen mode for as long as you like without losing or see how many waves you can complete in the Classic level.

Your goal in all of the game modes is to hit the ball into the various targets that appear around the dome you’re in. Most of the time the targets are stationary, but later in the game they start moving around. Next to the target you’ll often find health or poison that impacts your energy bar. The poison depletes it while the health increases it. If you run out of energy, your game will end. Thankfully, with every completed wave, the energy bar is refilled. 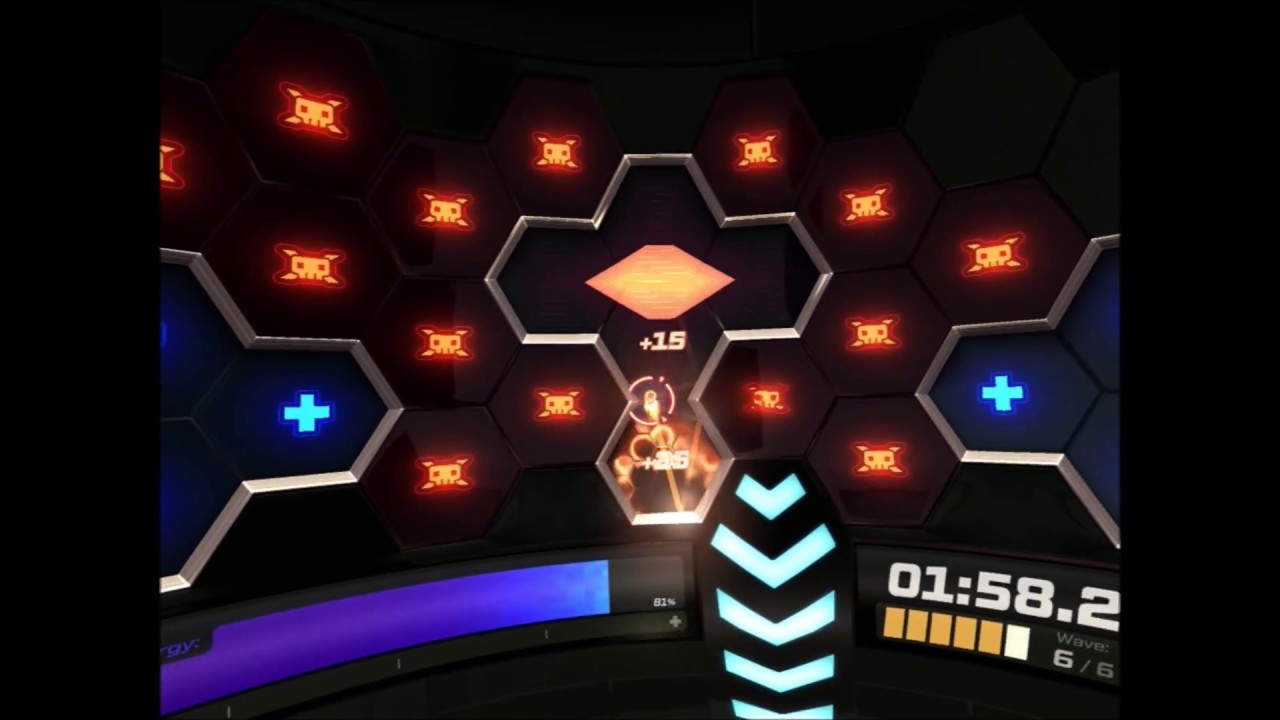 Occasionally some power-ups will float around and they can award you points, more health, different backdrops, or abilities. I like the scattershot power-up since it lets you hit multiple sections at once. This can be detrimental if the nearby sections are poisonous! Near the podium where you’re standing there are ramps that light up. If the ball rolls up them it will hover and allow you to hit it while standing still.

You can easily switch which hand your racket is in, but you can only hold one racket. I like the ability to pull the ball back towards you. It’s not instant so you can’t always avoid hitting those poisonous sections!

Overall, Racket: Nx is a fun game that’s pretty clean. There is some minor language and blaspheming though. Visually it’s quite nice and well polished. The tracking and physics are pretty accurate and I felt that all of my misses were deserved. The announcer and sound effects are fitting as well. It’s a shame that there are not many people playing it online. With the lack of multiplayer and some repetitive single-player options I recommend holding out for a sale before picking up Racket: Nx.