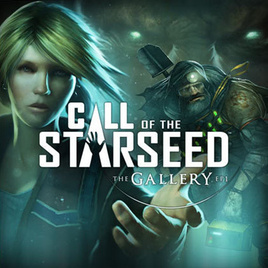 Thank you Cloudhead Games for sending us this game for review!

The Gallery - Episode 1: Call of the Starseed is one of the first premium experiences for the HTC Vive virtual reality (VR) platform.  It was originally kickstarted in April 2013, and was developed from the ground up as VR only.  And by targeting the HTC Vive and eventually other platforms with motion controls, Cloudhead Games has tried to make this game as immersive as possible.

The background of the game is that your mischievous twin sister Elsie has gone missing. You know which island she is on, but where exactly from there is for you to discover.  As you explore this remote island, you find a shipwreck, underground tunnels, and more.  Along the way, you pick up cassette tapes left behind by her (and others) that fill in the background of the story, as well as provide hints.  Eventually you find yourself discovering an ancient cosmic machine, and meet some interesting characters.  It does end on a bit of a cliffhanger for the next episode.

Call of the Starseed takes place in first person, which of course is a natural fit for VR.  Like many early VR games, The Gallery uses the 'Blink' system for movement.  What this means is that you can walk around your room scale space to reach things, but in order to travel farther than a few feet, you need to press the touchpad, and aim (using either your controller or head, selectable in the options) where you want to stand, then release in order to transport there.  It's a proven system that works well and prevents motion sickness. 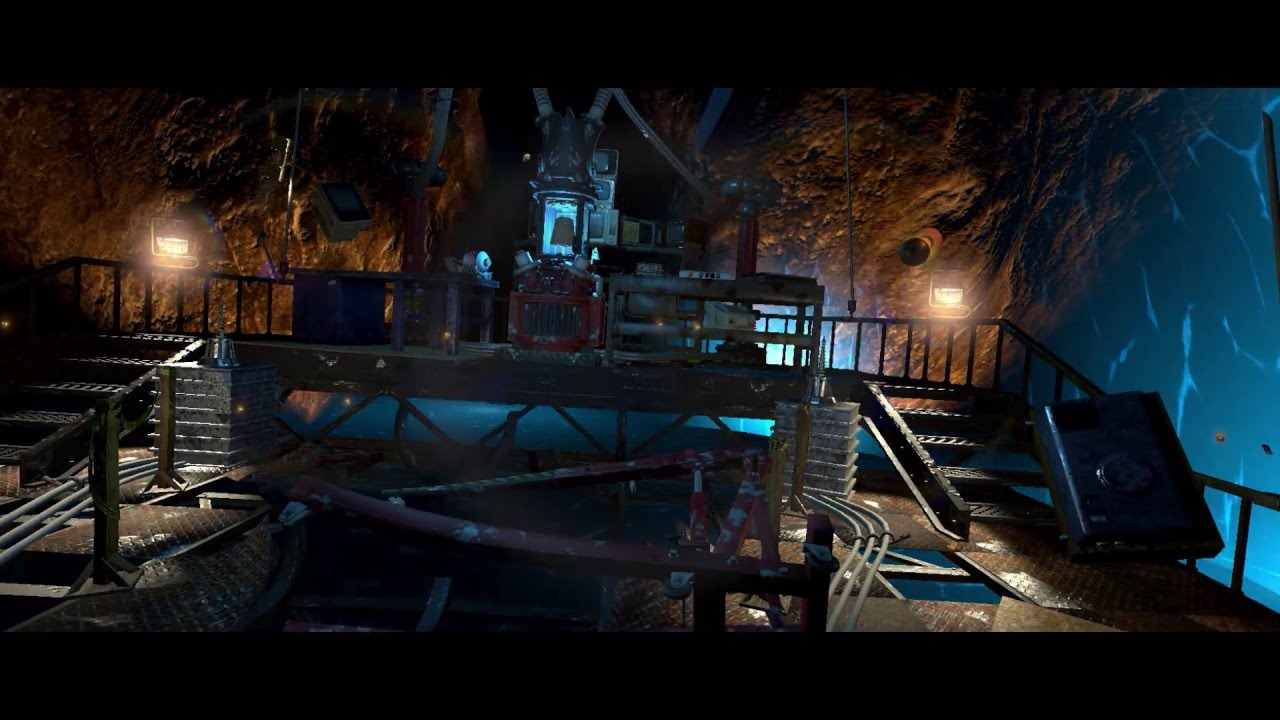 The only area that surprised me a bit is that as you walk around, there are a few places where you end up quickly moving up or down, like stairs, large rocks, or grates over water.  If you step forward towards a step, your view suddenly shifts up instantly to adjust to being in a higher place.  The same can be done with going down.  It's jarring at first, but I did get used to it quickly and you can always easily avoid doing this altogether by just blink moving up and down the stairs instead.  I also found that the few places in game where crouching may be necessary is also just a blink away if you don't want to do that.  As blinking is almost always an option, I see no reason why comfort would ever be an issue while playing this game.

As you explore the island, there are a lot of items laying around that you can pick up and interact with.  Some of them, outlined in blue, are necessary items for you to continue, and can be placed on your backpack simply by putting the item over your shoulder.  You can also take things out of your backpack by reaching behind you and pulling it out.  It's a neat system that works well.  Most of the puzzles are fairly straightforward, and I was able to figure them all out without outside help.  There are some achievements that are a little less obvious, however.

The environment has a nice, dark and mysterious, and yet simultaneously colorful, art design.  Graphically, it looks great.  My only minor gripe is just as much a Vive problem as anything, but occasionally, smaller text is hard to read, and requires holding the item directly in the center of your vision to be able to read it clearly.  It is what it is until Vive 2.0, but I did run into that in this game.  Despite system recommendations, I was able to crank the graphics up to maximum on my AMD 290X without major performance issues. 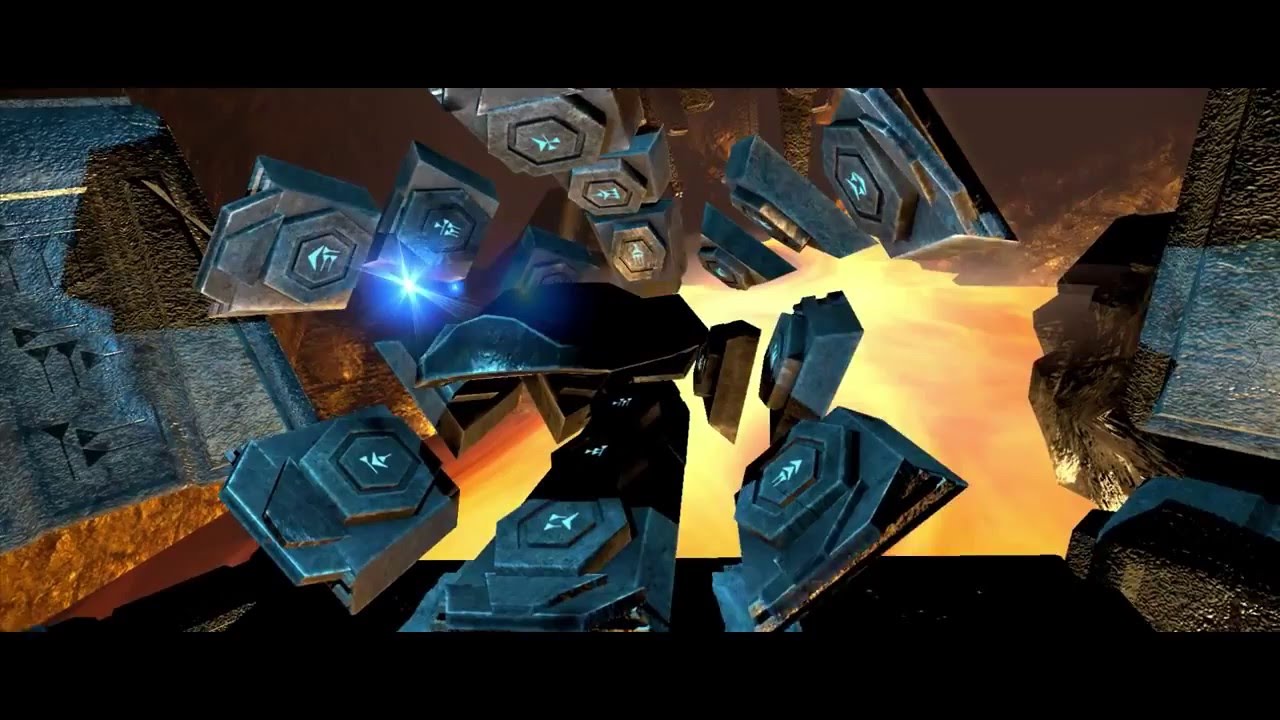 The background music and 3D positional audio effects sound great and work as advertised.  As a whole, The Gallery is a very polished experience.  It definitely benefits from a larger play area (mine is about 7ft x 8ft) as I would often see the chaperone bounds pop up, but that's true of just about any room scale Vive game: the larger the play area, the better.

Most of the game is fairly clean for most players, but in the latter half I started to hear some words that require appropriateness warnings.  I definitely heard 'sh*t' and forms of 'd*mn'.  I heard God's name in vain used in a few ways, including 'Jesus' and 'Christ'.  I thought I heard 'f*ck', but I am uncertain on this, since it was in an action packed scene.  Also, one character is hiding from the government, and is rather paranoid in general.  There are also aliens.

The Gallery – Episode 1: Call of the Starseed is a very immersive and excellent first step towards the new wave of VR games.  My first immediate reaction when playing this was “Wow, so THIS is the future of adventure games.”  If this is indeed what the future of adventure games looks like, I can't wait for more developers to get on board.  Experiences like this are really engaging and pack tons of potential for getting lost in new worlds.

My single and largest complaint is simply content for the dollar.  I understand that this is new and desired to be a launch game, but $29.99 for two hours of gameplay is a little bit steep.  I hope that as future episodes are released, they are done so as more affordable DLC so that early adopters aren't forced to spend too much to complete the story.  Even so, if you are not willing to pay full price, add it to your wishlist – it's a very engaging experience worth having, if the foul language is something you are willing to deal with.