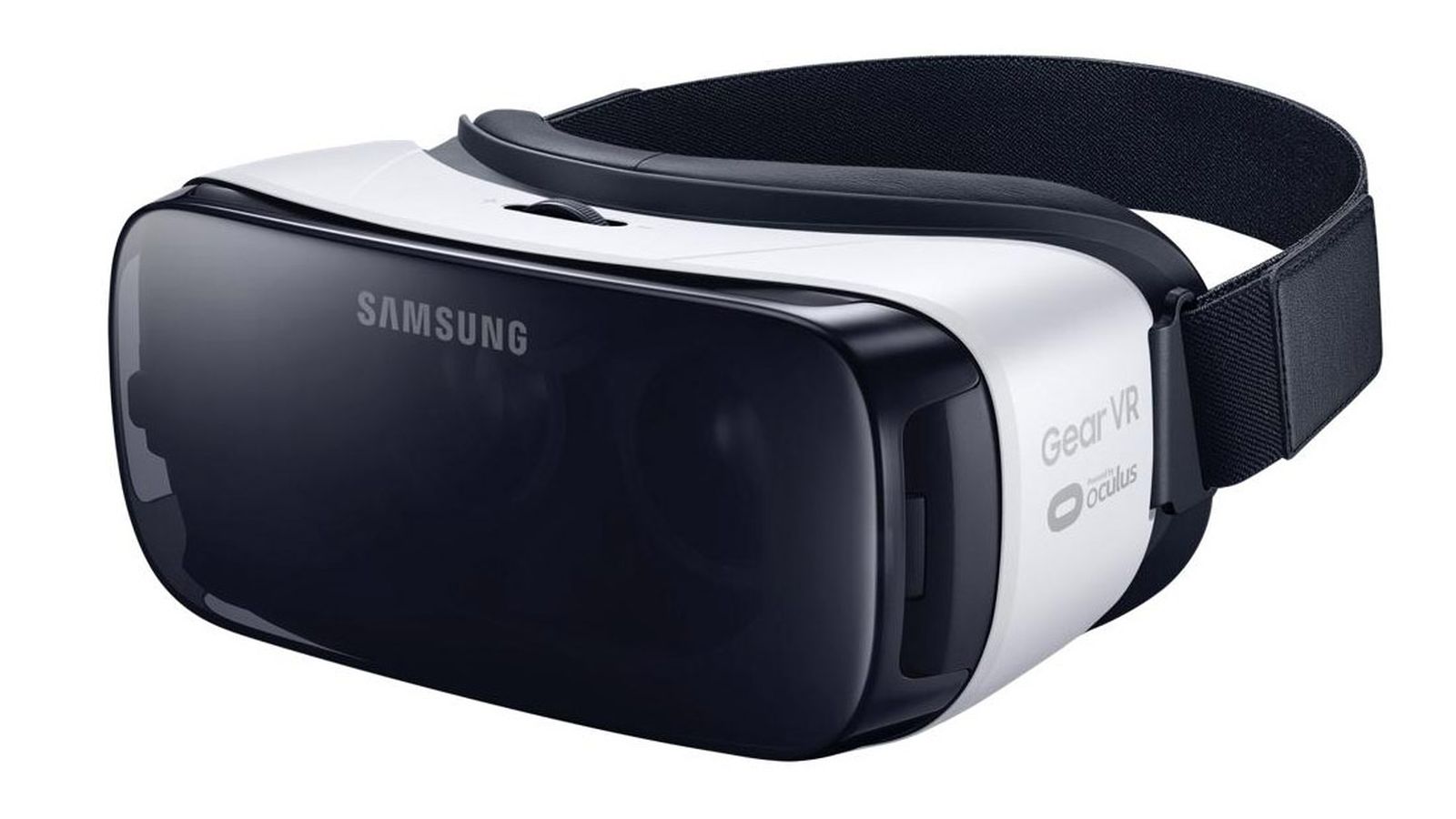 One of the reasons we upgraded our Samsung S4 phones to S7s for the virtual reality bundle that came with the Gear VR and five free games from the Oculus store.  Since the headset alone is $99, the deal was too tempting to resist.

The Gear VR was our first experience with VR and it met our expectations.  Because of the low price point, I didn’t expect it to compete with its more expensive counterparts.  Unlike the Oculus Rift and HTC Vive, you don’t need a high end computer, but a current generation Samsung cell phone.  There are inexpensive VR headsets that claim to work with lower end phones, but I question how well they would perform since you do need a fair amount of processing power.

Since the phone does all of the heavy lifting, you have to plug it into the Gear VR to work.  You can either launch a game/app from the Oculus app ahead of time, or after you put on the headset.  The cursor in the app and VR games is moved around with your head. On the right hand of the Gear VR is a touchpad that allows you to swipe and click to confirm your choices. 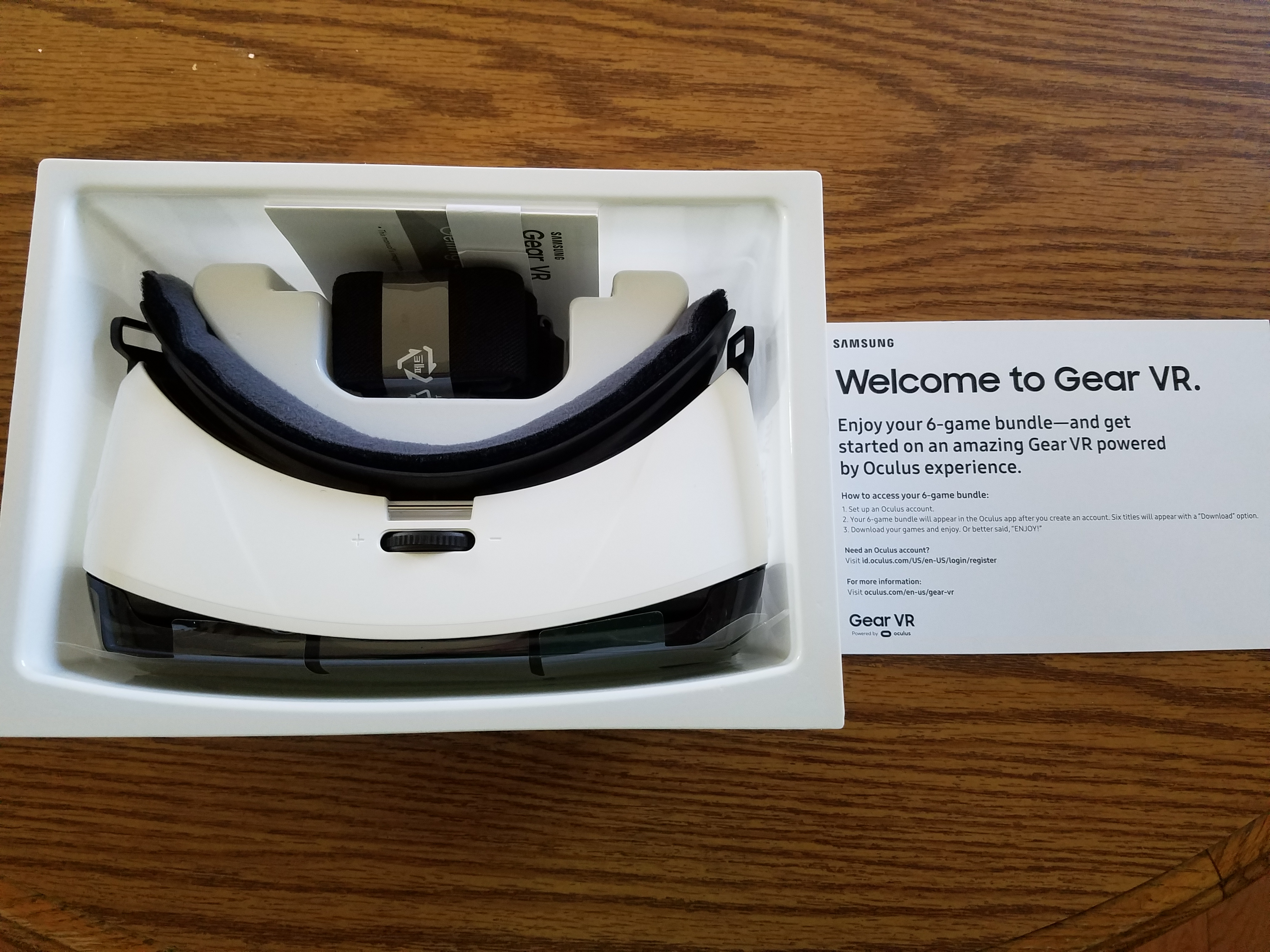 Strong Points: Very portable and affordable if you already own the phone
Weak Points: Limited number of compatible controllers; games not cross buy for PC

During some gaming sessions my hand got a little tired by holding it up to my head for extended periods of time.  Sadly, the Samsung controller that is shown during the set up process is no longer available.  After some unsuccessful attempts at connecting a PS4 and a Snakebyte idroid:con controller, I purchased a SteelSeries  Stratus XL that works flawlessly.

Design wise, the Gear VR is pretty simple.  There are three Velcro adjustable straps that go around and over your head.  The magnifying lens positions can be adjusted using the slider on the top of the Gear VR.  This can be used to adjust the font clarity in the game.

Like the more expensive VR counterparts, the Gear VR suffers from a sweet spot that looks great while everything else with less focus appears noticeably blurry.  Hopefully future hardware improves upon this issue.  Another thing to take into consideration are the lenses fogging up after or during excessive movement.  If you just finished a workout of sorts you may want to wait until you have cooled down a bit before playing some VR video games or watching a movie. 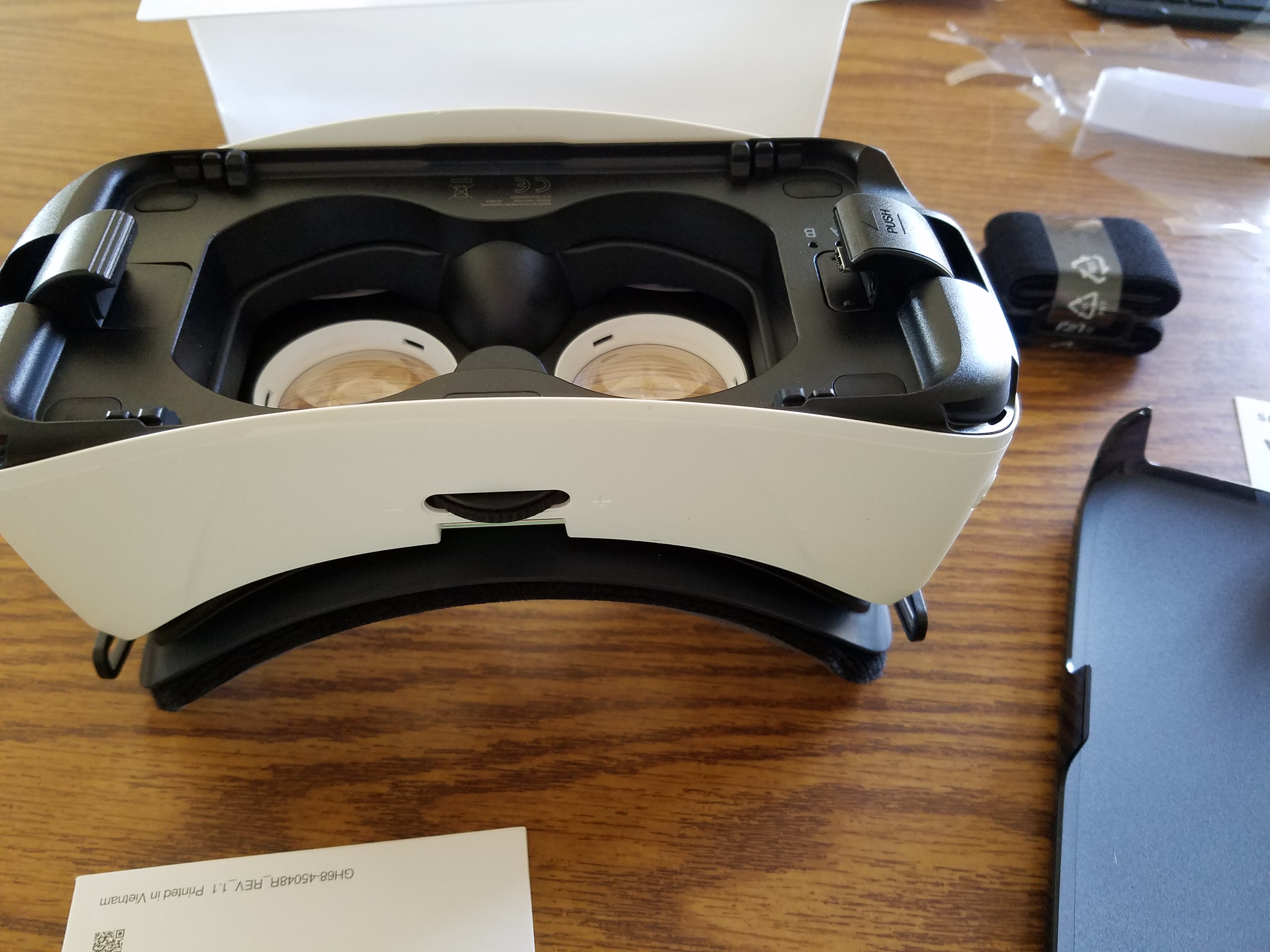 Because of the light weight and padding around the device, the Gear VR is comfortable to wear for extended periods of time. The padding is held on by Velcro and is replaceable if required.

The phone is in charge of the audio as well as the magnified video output.  Connecting headphones is optional but doable if need be.  It all depends on how noisy the environment you’re playing in is.  There is a groove to make room for smaller headphone jacks.  Most of my headphones/ear buds were able to fit, but not all of them.   This problem can be bypassed completely with bluetooth headphones.

If you’re planning on owning a Gear VR and a Rift, be aware that your games are not cross buy. Even though Gunjack is available on both the Gear VR and on the Rift, my copy only works on the Gear VR.  It’s a fun game that I highly recommend trying on the Gear VR but I’m not going to pay $9.99 to play it on my PC as well.

Virtual Reality is exciting and still in its early stages.  Despite there being some room for improvement, it’s still a pretty cool experience that I recommend people try out.  Sadly, it’s an expensive technology to own.  However, if you already have an S6 or S7 phone, I highly recommend getting a Gear VR along with it.