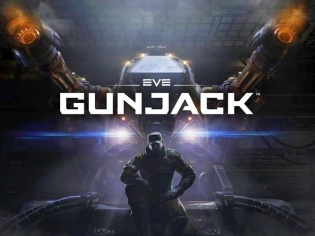 My husband and I recently passed down our Samsung S4 phones to our kids and replaced them with S7’s.  Besides getting a couple years of Netflix, we also got Gear VR headsets, and 6 games for free.  This review is based off of the Gear VR version that came in the game bundle.

There’s not much of a story in Gunjack other than protecting your mothership from pirates that are attacking your company’s mining operation.  Throughout the twenty-two levels the enemies will become faster and deadlier. The first few levels are pretty easy and shouldn’t take too long complete.  Depending on the percentage of enemies killed, maximum combo, and number of lives used, you’ll be awarded between one and three stars per level.  If you have only received one or two stars, you’ll need to replay those levels to unlock missions in the second half of the game.

The headset controls work flawlessly and the head tracking for aiming is pretty accurate.  Firing the guns is accomplished by tapping on the touchpad on the side of the Gear VR.  In between enemy waves it’s a good idea to reload your ammunition.  That is done by swiping back on the touchpad on your head.  Sometimes power ups are dropped and in order to activate those, you’ll have to swipe forward.  You can only have one active power up at a time, so choose wisely! 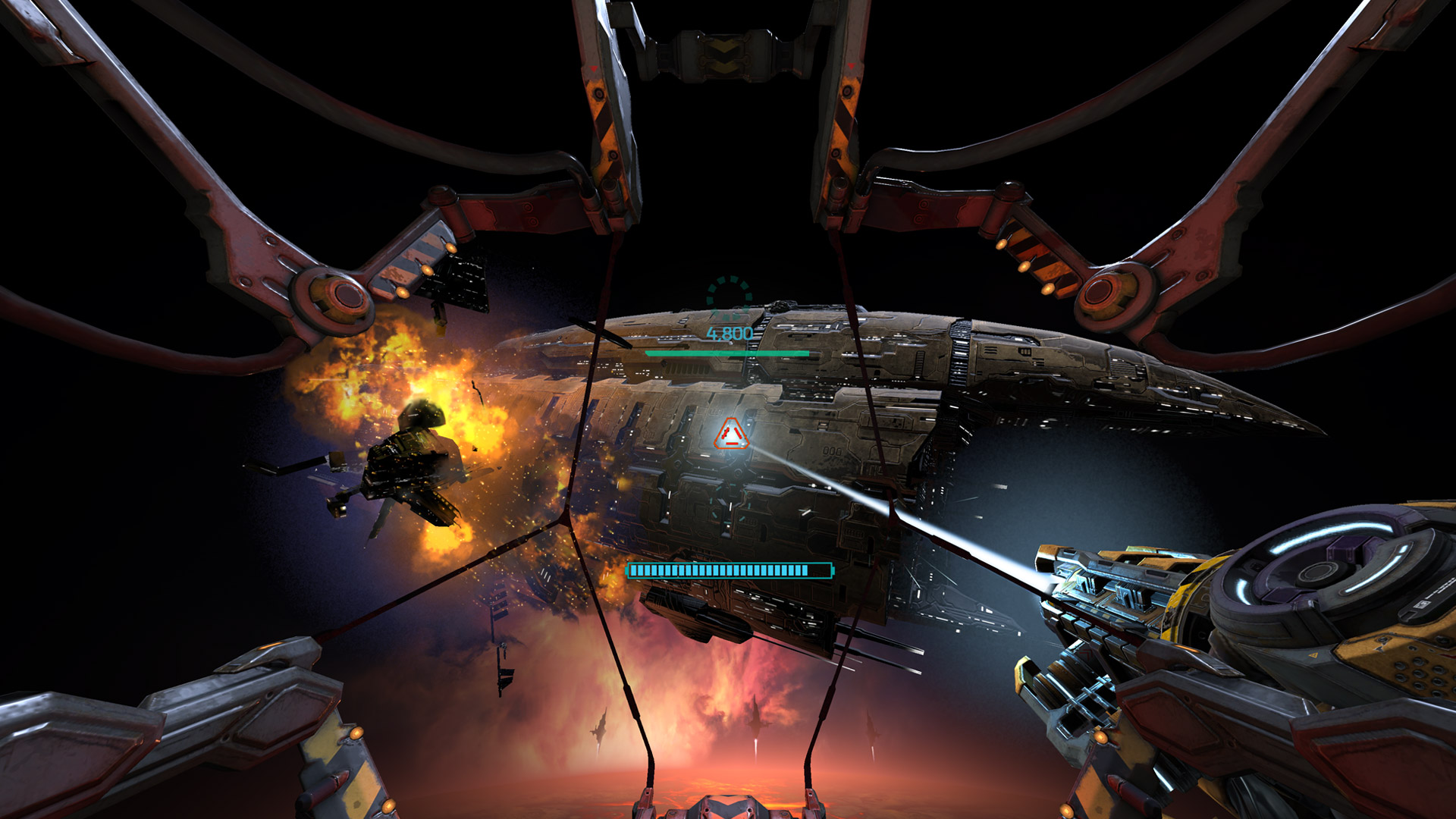 There are offensive and defense power-ups available.  Some useful temporary weapon upgrades include homing missiles, bombs, and laser guns.  There’s also a stasis field that slows down enemies too.   Any missed enemies will do damage to your turret.  Fortunately, there are ways to repair it.  You can use repair kits and scrap metal floating in space to replenish your turret’s health.  If your health gets depleted, you can retry a maximum of three times, but your end score will suffer as a result.

The enemies get sneakier and they get power-ups later in the game that will render them invisible or invincible to attack until you take out the unshielded foe.  Some enemies will steal your equipped power-up or render your turrets completely useless with EMP bombs.  The enemies are usually color coded so you’ll learn which ones to aim for and which ones to avoid altogether.

Graphically Gunjack looks decent and is powered by the Unreal 4 engine.  The boss ships are intimidating and some of the ships are shaped differently and are bigger than others.  I like how you can look down and see your virtual body, arms, and legs.  If you twist your neck as far as it can go and look behind you, the pilot’s body is actually headless.  Items front and center are crisp, but objects that are not in focus will appear blurry. 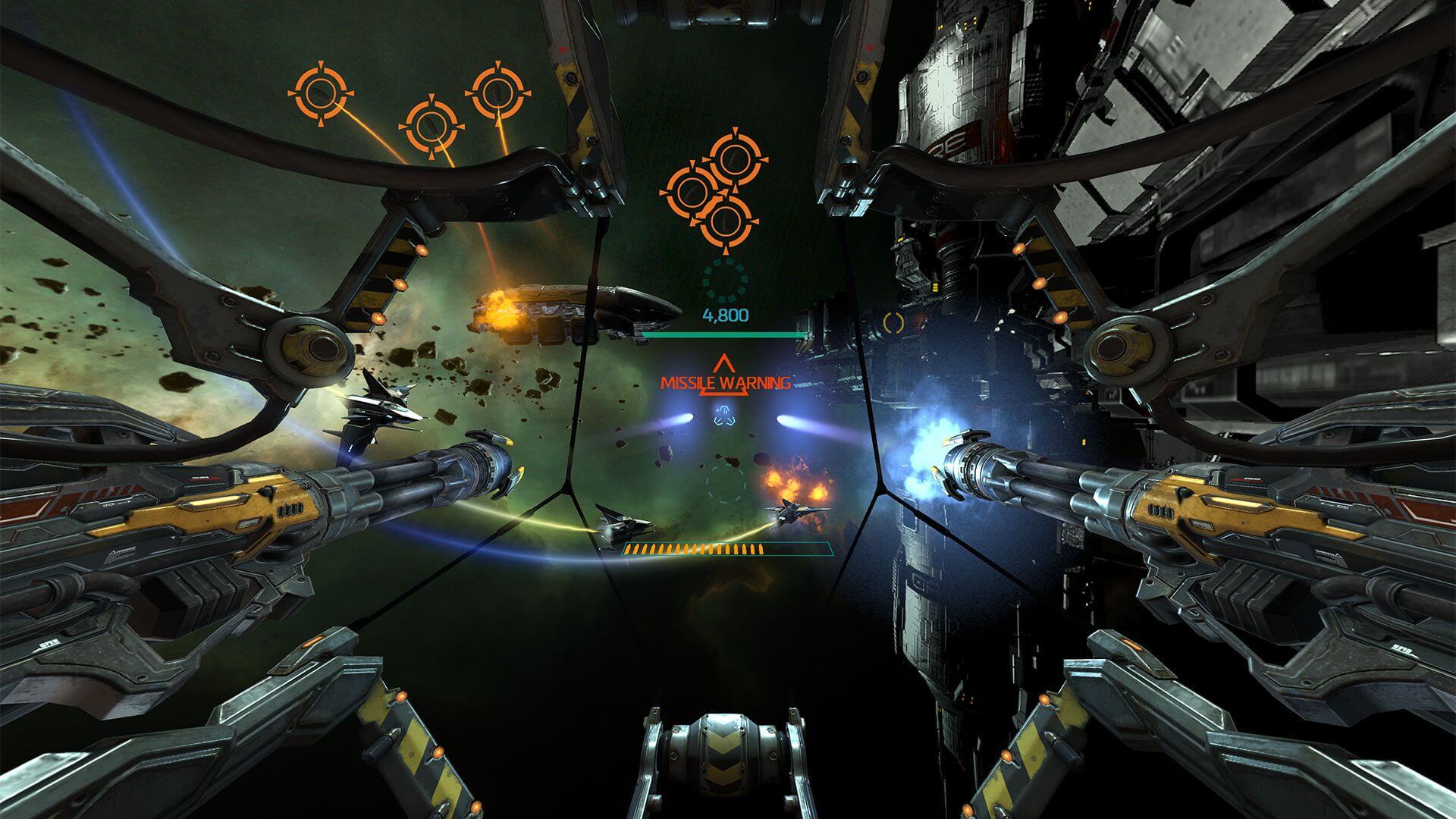 The sound effects are believable and the voice acting of your commander is good, but repetitive.   He often uses the phrase “if I hadn’t seen it, I wouldn’t believe it.” Unfortunately, one of the phrases he uses has the word *ssholes in it.  Although it’s not him, he sounded like John Goodman.

After a while my hands felt heavy and I wanted to try using a controller instead.  I synced up the Snakebyte idroid:con Bluetooth controller to my phone.  While the triggers for firing the guns worked, I was not able to reload my ammunition no matter what buttons I pressed.  Unfortunately, the Samsung controller that was designed alongside the Gear VR has been discontinued and alternatives may not be 100% compatible.  The PS4 controllers I had in my house did not work at all.  The SteelSeries Stratus XL however, worked perfectly.

If you’re new to VR and are looking for a fun game to try, Gunjack will fit the bill nicely if you don’t mind shooting down space pirates and some language.  If you’re good you will be able to complete this game rather quickly, but racking enough stars to unlock missions in the second half required some replaying of previous missions on my part.  The normal price of $9.99 is reasonable, but getting it for free is even better.