Thank you Hailstone Games for sending us a review code!

While I have never played hockey on ice, I can only image how it would feel playing against real amateur, semi-pro, and professional class players. Goalie VR puts you in the goalie box with a virtual helmet, catching glove, and a hockey stick. Even though the game clocks the pucks coming at you at 80MPH speeds, you won’t have to worry about the integrity of your helmet and the possibility of losing your teeth.

I like how the game begins with a virtual laser light show as many hockey games do these days. The rock music accompanying it is pretty good too. Depending on your performance in blocking goals, the audience will boo at you or cheer you on. 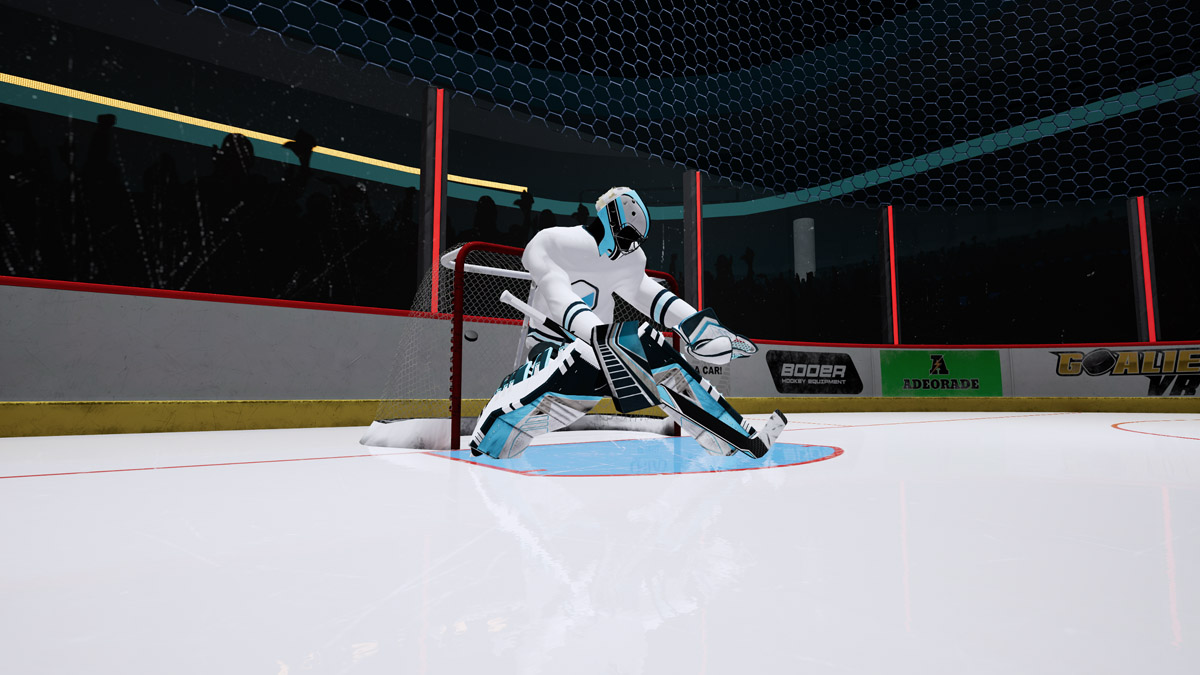 Strong Points: Fun hockey experience without the risk of getting a puck to your teeth!
Weak Points: Game sometimes hangs at the loading screen, experienced a crash or two
Moral Warnings: None!

The default game mode has five offense players taking turns shooting pucks in your general direction. Their accuracy depends on their skill level. The default AI difficulty of semi-pro was plenty challenging for me and I have yet to last the entire five minutes without them reaching ten goals and winning the game.

If you have a crowd watching you play, they can join in your game via the free mobile app. The app will show various stats and allow for the user to control which players will have the puck passed to them and who will attempt to score a goal. The mobile app occasionally times out so it may not be worth the extra loading time and inconvenience. I have also experienced this game crashing when the internet connection was spotty. Last but not least, the loading screen takes a while and sometimes needs to have a trigger or button pressed to begin the game. While the QR code on the loading screen is handy, I would much rather have it start the game automatically without user intervention. 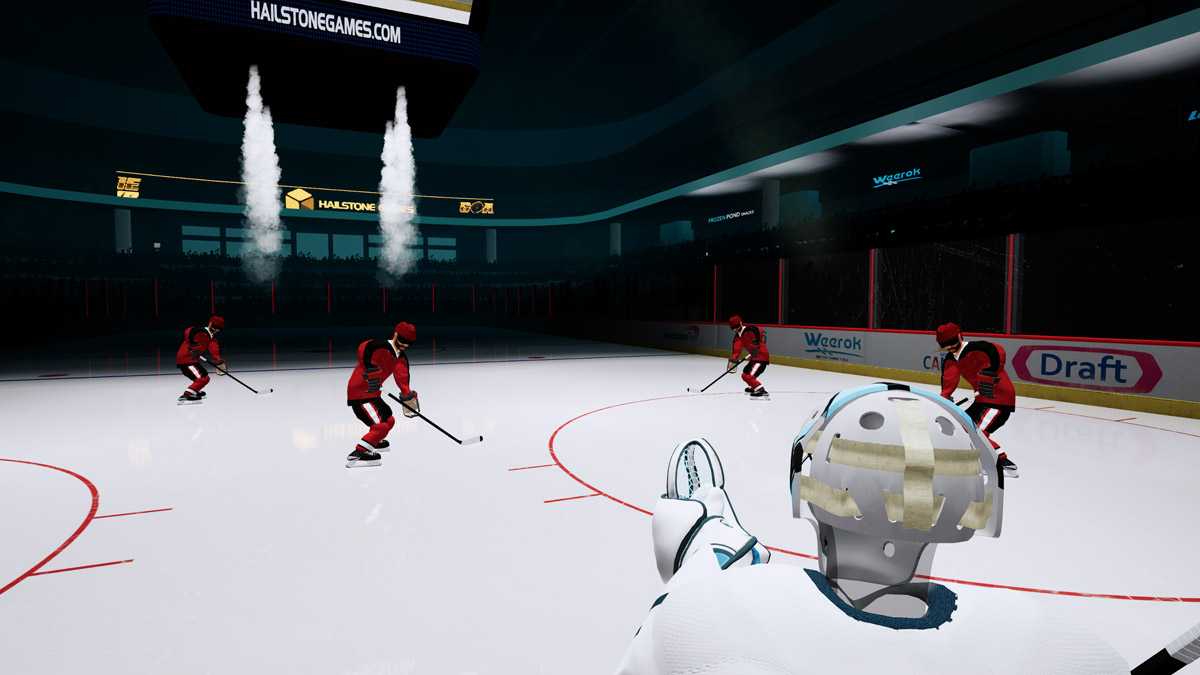 The Unreal Engine powers this title and the visuals look pretty good despite the hockey players all looking alike. The light show is impressive, as are the reflections of the players and the lasers on the ice rink.

The VR motion controls are pretty responsive and I don’t feel cheated when the opposing team scores a goal. I do however wish that I had sensors for my feet. There are many Steam achievements available for this title and I apparently unlocked one for doing a “Dab.” Given my poor performance thus far, I won’t be unlocking the Steam achievements for shutting out the competition anytime soon.

My definition of a fun game is one that you can enjoy even when you’re not good at it. I’m definitely not good at Goalie VR, but I still have fun playing it. I play tested it at my son’s birthday party and the kids enjoyed playing a couple of rounds each before asking to switch to another game. The $9.99 asking price is very reasonable and is a great addition to your VR library.