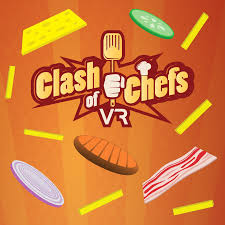 Thank you Flat Hill Games for sending us a review code!

My very first job was at a fast food restaurant and things definitely get hectic around lunch and dinner times. Clash of Chefs VR recreates the chaos pretty well with the player being responsible for cooking the fries, burgers, and bacon, as well as chopping onions and pickles. Filling up the drinks are also required for some orders and try not to spill the drink or you’ll have to fill it up again. As of this preview, there is only an American themed restaurant available, but more are in development and will be available for the official launch of the game.

There is a waiter that will take and deliver orders for the customers. Orders must be prepared properly and in sequence or they will just sit there and waste precious time. The longer an order takes, the unhappier the customer will be. Customers also prefer their food cooked perfectly and not burned. The burgers will ding when cooked to perfection and if you leave them on the grill, they will blacken. The fries will turn from white to yellow when cooked properly and will darken as they get less desirable. 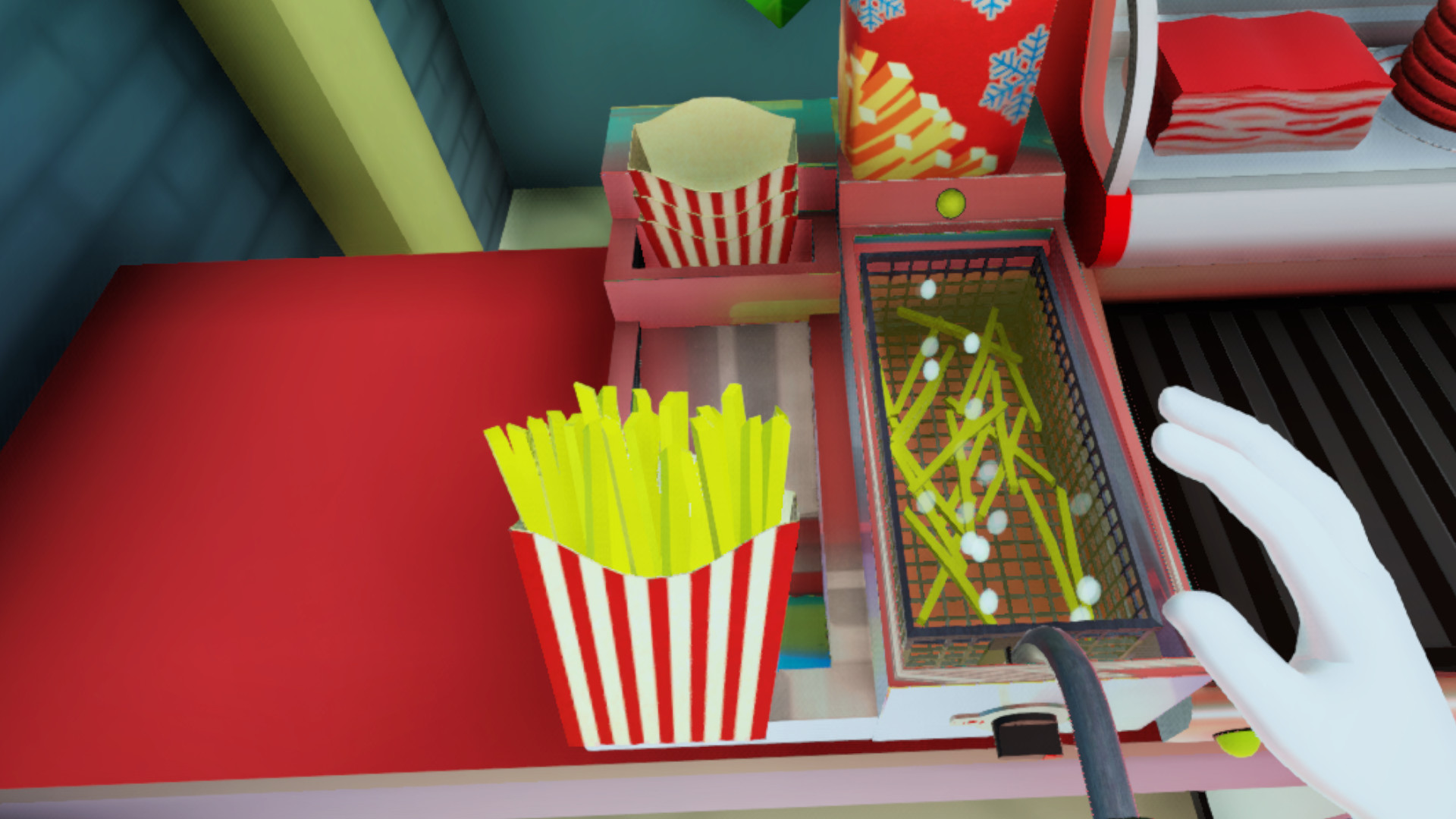 The single-player mode has three different game types to enjoy. There’s a survival mode where you have to try and last as long as you can, the campaign, and a relaxed mode where you can cook without the time crunch. The campaign has twenty levels that get increasingly harder with the meals getting more complex and the customers getting less patient.

At first, you’ll be making burgers without any cheese, bacon, garnishing, fries, or beverages. The bacon, onion, and pickles have to be sliced up before they can be served. Before getting your first order it helps to prepare ahead of time by having plates with bottom buns on them and some fries ready to serve. Pre-poured drinks are nice to have available too.

Moving around the kitchen gets chaotic at times and things are bound to fall over and get misplaced. I have accidentally dropped the bag of fries behind the counter and out of my reach. Thankfully, the game put them back to their original location. The never-ending supply of ingredients is also a nice bonus. 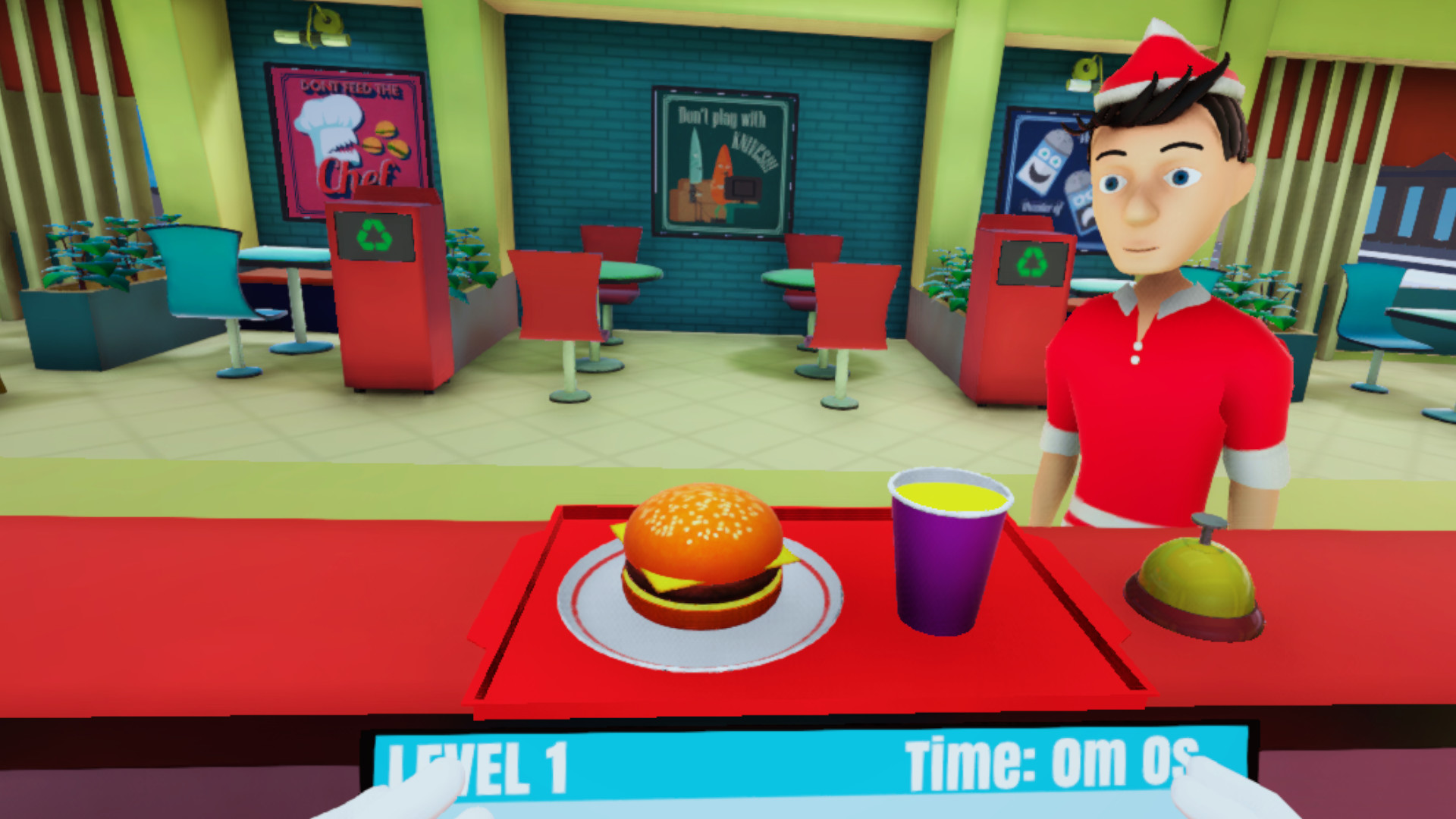 When I first launched the game, the kitchen height was way off and my virtual head was brushing up against the ceiling vent. After adjusting my height in the Oculus settings, it was much better. The counter height in the game can be tweaked, but it can only go so far. Make sure your Steam and Oculus settings are correct before launching this title.

The graphics are very colorful and all of the items are easily identifiable. I didn’t have too much trouble figuring everything out, which is good as there is no tutorial. The only head-scratching moments were when the waiter would not deliver the order. The reason was usually that I messed up the order.

The background music loops and doesn’t have much variety. Hopefully, more tracks are added long with different restaurant venues.

From a moral standpoint, there nothing to be concerned about. The knife’s purpose is to cut the food and not hurt anything still living. I usually threw my burned food out of the kitchen area, but no one got hurt.

Currently, this title sells for $19.99 and I have seen it listed for half that price on sale. In its current state I would wait for a sale. Until the multiplayer picks up (I haven’t been able to find anyone online) and more restaurant venues are added, I think the $20 price tag is a bit steep for a game with a single-player campaign that can be completed in a couple of hours. If you have friends with VR it may be worth picking up to have a virtual food fight.