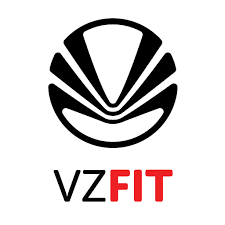 Thank you VirZoom for sending us a demo unit to review!

In 2016, VirZoom launched a crowdfunding campaign on IndieGoGo that was ultimately funded by another source. The product was a $399 exercise bike that was integrated with Virtual Reality. Many people already have an exercise bike laying around their house and don’t need another one collecting dust. VZfit will work with any existing exercise bike by adding two components: a controller for the handlebar and a tracker for the pedal crank. Wifi is required to verify the software license which is $9.95 a month or $99.95 annually. An Oculus Go/Rift it also needs to supply the virtual reality experience.

There are two software programs, Vzfit Explorer and VZfit Play. In VZfit Explorer you can ride through many Google Earth rendered bicycle tracks from all over the planet. I rode through one in Italy since I have never been there before. The track is fifteen miles long and can resume your progress which is great since the Oculus Go headset’s batteries depleted during my first attempt. You can favorite tracks that you enjoy the most.

As for the experience, it’s interesting. The concept is great, but the technology isn’t quite there yet. Instead of feeling like I was in Italy, I felt like I was in a Salvador Dali painting with the warped and stretched out objects.

VZfit Play has several mini-games with a couple of exclusives that are available for commercial fitness centers. The controls in the games are pretty universal with your head tilting for turning and using the A button on your bike’s handlebars to activate items and abilities. Pedaling is used to move and the quicker you pedal the faster or higher up you’ll go in the mini-game.

If you like horses there are two games where you can play as one. In Gem Hunt you must steer your flying horse to collect diamonds in the air and on the ground. Along with diamonds, you can collect gold bars and return them to pots of (lacking) gold. In Gate Race, instead of diamonds you collect apples that enable you to fly for a short while. There’s a blue energy bar on the back of the Pegasus to indicate its power level. Along the trails you see raccoons and rabbits scurrying around.

Thunderbowl is my favorite game where you control a tank and must eliminate waves of other tanks as fast as you can. There doesn’t seem to be any penalty for getting blown up in the process. Scattered around the map you’ll find replenishment ammo along with shield and speed boosts. After ten waves you’ll get an opportunity to collect gems.

Le Tour is a cycling mini-game. Between gates, you’ll be assigned goals such as maintaining a specific speed, beating a certain time, or passing a specified number of racers along the way. If you drift behind another biker, you may get a speed boost.

In Jail Break Bandits you’ll have to catch up to and lasso several bad guys before they get away. You’ll have to catch up to and then target one of them. In order to capture them you’ll have to press the A button to start a moving cursor and press the A button again at the highlighted area. If you miss, you’ll have to repeat the sequence. If there’s an exclamation above their head that means they’re close to escaping and you’ll fail the wave if they’re not all captured. After several waves, you’ll have the opportunity to collect gems falling from a runaway wagon. Some waves have tornado power-ups that may capture a bandit or two for you automatically.

If you like Indy 500 races, there are two of them to choose from. One mode has your traditional oval while the other has a lot of curves and is substantially harder to maneuver through. Both modes add a new challenger for every time you place first in a lap. As an added challenge you get to race against the ghost of your best lap.

The final mini-game is River Raid. In this game, you fly like a helicopter and must maintain your fuel level by flying through fuel canisters and taking down missile launchers before they fire at you. As much as I like to stop and aim, it’s not recommended because as soon as you cease pedaling, gravity takes over. Along with staying airborne, your goal is to try and clear as many river sections as possible.

Depending on your performance in the mini-games, you’ll earn in-game currency which can be used to unlock new features and looks for your character/vehicle. I like how the mini-games keep track of how many spins you have completed. It would be nice to have an estimated calorie breakdown too.

Though I’m not sure how many calories I have burned, I can guarantee that I have broken a sweat each time I played for 30 minutes or more. You can set your workout time to 10, 20, 30, and 45 minute sessions. For sanitary reasons, I highly recommend getting replaceable covers for your VR headset.

From a moral standpoint, there’s not much to complain about other than some vehicular violence. VZfit can be enjoyed by people of all ages who are looking for a fun way to work out. My typical stationary biking sessions are low-key, but VZfit gave me more motivation to pedal faster, harder and longer. I’m quite sure I got a better workout as a result. Though there is a free plan to try the games, you have to pay to enjoy the full versions.