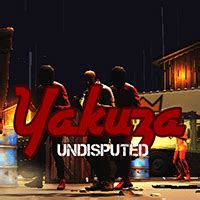 Thank You Flint Okoye for submitting this through our Steam Curator!

Video games can come from the most unlikely of places. This time, I’m looking at a side-scrolling beat ‘em up by Nigerian developer Flint Okoye titled Yazuka Undisputed (no relation to the Sega franchise).

I can’t exactly tell you what the plot is about or how it progresses because the narrator and every character in the game is voiced by the developer, who has a thick Nigerian accent when speaking English. From what I can determine, it seems to be pretty simple. The Yakuza kidnap Goku’s (or Ryu according to his health bar) girlfriend and he attempts to get her back by fighting everyone who stands in his way. It goes all over the place and has an excessive usage of the F-word so it’s completely nonsensical in a fun way. There are also some grammatical errors such as when (I believe) Goku refers to characters in the game as “dawg”, it’s spelled as “Doug.” The entire experience ended up being funny, both intentionally and unintentionally. I’m sure even the developer was aware of the silly tone as the final boss is an Elvis Presley caricature who calls himself Tojo.

Like most beat ‘em ups, the goal is to defeat all the enemies on the screen with a variety of punches, kicks, and weapons that can be picked up such as bats and pistols. Yazuka Undisputed is more of a basic beat ‘em up instead of the deeper modern ones that are almost akin to fighting games. You have a three-hit combo string with your punch button and a two-hit string with the kick button. You also have the option to jump and block. Attacking in the air will do a flying kick that knocks enemies to the ground. After a few levels, you have the option to save your progress. Surprisingly, the controls for both keyboard and mouse are very responsive considering this is a port of an iOS game. 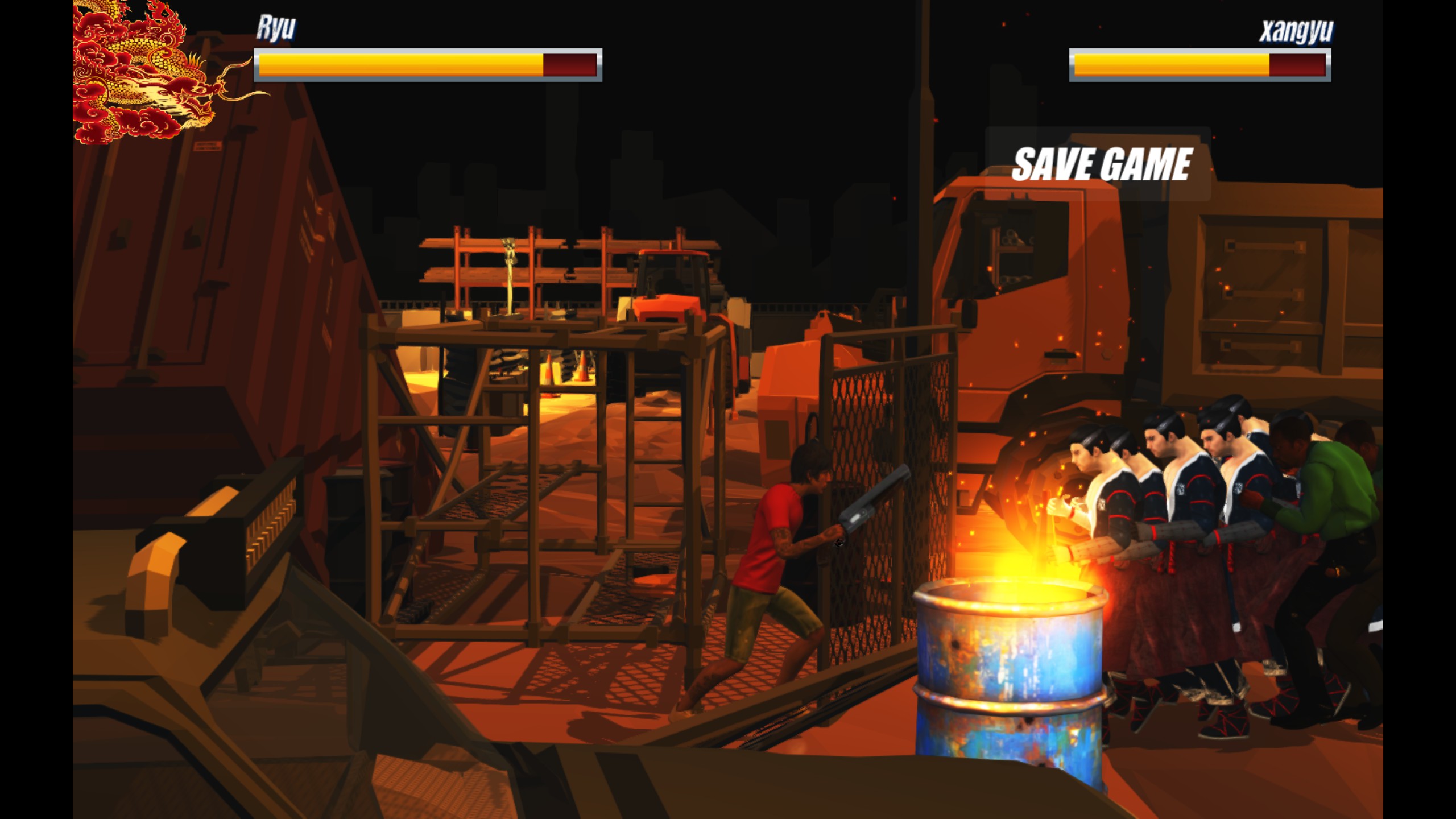 Strong Points: Very silly plot; controls are more responsive than others in the genre
Weak Points: Option settings barely function; balance issues with gameplay; numerous softlocks; too much clutter in the stages ends up blocking the camera at times
Moral Warnings: Beat ‘em up violence with punching and kicking; constant usage of the F-word

Enemies visually have a large variety as you face against construction workers to mobsters. Despite the game being called Yakuza, it has you travel all around the world instead of being just in Japan. Unfortunately, most enemies attack the same with very minor differences. (The main difference is that you can’t block certain enemy attacks.) While the scenery graphics and character models are acceptable quality-wise, there is also too much stuff in every stage to the point where the clutter will start blocking the camera in the foreground. It also isn’t a couple of times—it happens nearly every level.

The balance of Yakuza Undisputed is out of wack as contrary to most beat ‘em ups, the game is overwhelmingly in your favor. Your attacks come out quicker than most and have longer reach so you’re rarely in danger. The only times where a struggle happens are when more than two dozen enemies spawn on the screen at once or when fighting bosses. Due to the mix of enemies that can be and can’t be blocked, there are moments where you’re just being knocked around over and over again. Even so, these moments end up being annoyances at best because of the sheer number of weapons and items that spawn on every level. On the other hand, there are the bosses (namely the final boss) that attack faster than you and have longer reach, so you have to resort to jump-kicking as their AI can’t handle it. 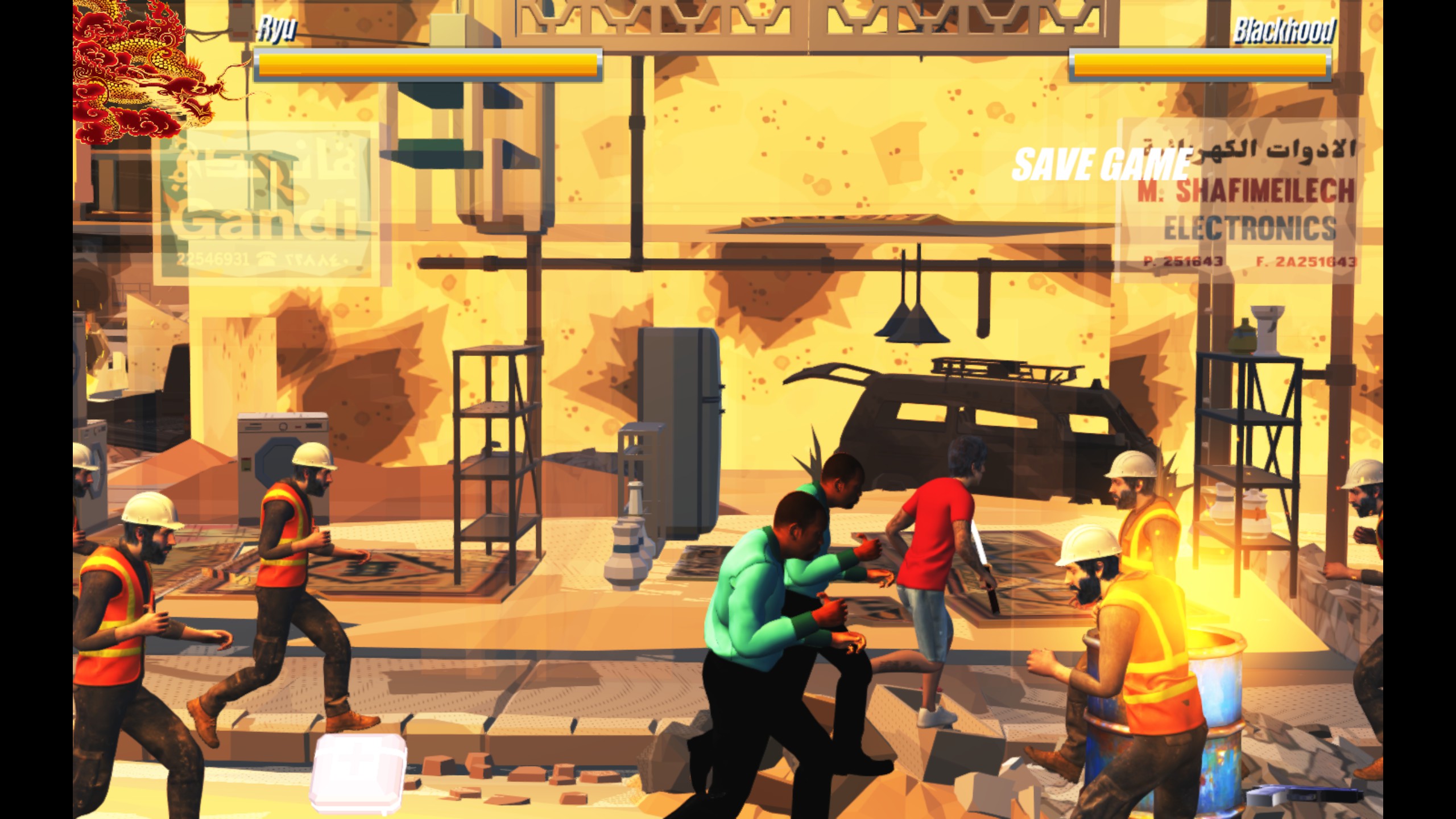 Glitches range from actually useful to softlocking. The useful exploit is that whenever you do punch-punch-kick and pause, then alternate between punch and kick buttons—it acts as a pseudo-infinite combo keeping all standard enemies in place until they are knocked out as your combo string resets after every punch and kick. I used this whenever I could because having every enemy knocked down after every combo string slows the combat down considerably. The not-so-fun glitches and stability issues range from the sound settings not saving over (forcing me to use external methods), resolution bugging out if you attempt to switch it, and the sixth save slot not working. The worst glitch is the one where if you knock an enemy against the edge of the level, they will sometimes float into the stratosphere, rendering the level unwinnable. I had this happen to me a couple of times as well as on the final boss, forcing me to replay the final level. There is also another glitch where enemies on the Africa levels spawn out of bounds, meaning they can only be defeated by using the pistol weapon. If you just so happened to use all of them in the stage, then you have to restart.

While Yakuza Undisputed isn’t what I would call a good game, I can at least visualize the effort put into it. After all, I can’t be too hard on a game that only costs $2. On the other hand, Mr. Flint Oyoke has been developing video games for over 10 years at this point. It is very repetitive even for beat 'em up standards. Even adapting more modern beat ‘em up sensibilities would have gone a long way, such as compensating a lack of mechanical depth with content or vice versa. The foundation is there, but the experience needs a lot more polish, tweaking, and refinement.