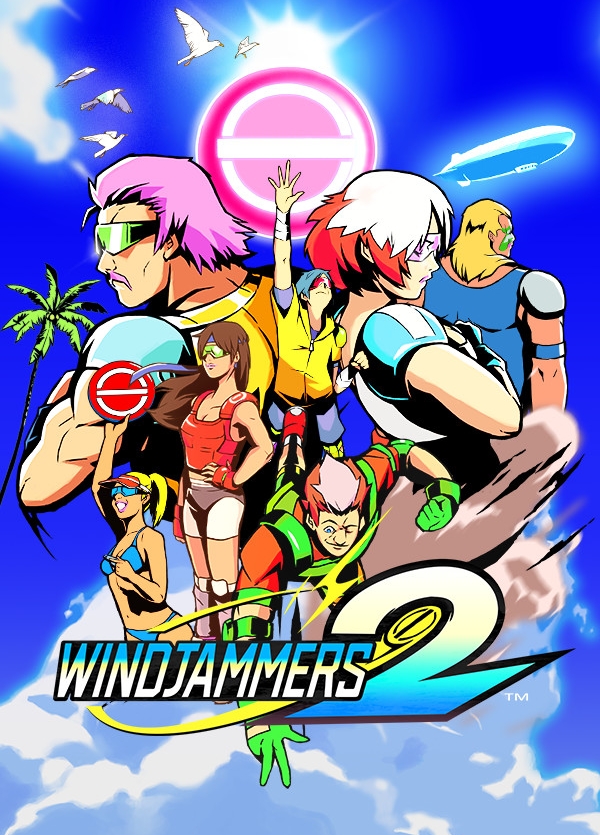 Thank you DotEMu for proving us with a review code!

The original Windjammers was released in 1994 on the Neo Geo platform. While I haven’t played the original, I have played Log Jammers which was inspired by the series.

Windjammers 2 is an arcade Frisbee game. Points are scored by the Frisbees going to your opponent’s goal or landing on their side of the court. The goals are divided into three and five-point segments. The goal boundaries change in each level so you’ll have to keep an eye out for the coveted five-point section(s).

This is a two-player game and you can play against friends locally or online. With the cross-platform support you’ll have a large audience to get matched against. I had no problems finding someone to play against (I lost). If you don’t have anyone to play against, you can enjoy the arcade mode against computer opponents. There are three difficulty levels and even the easiest difficulty kept me on my toes.

Each match is 90 seconds long or ends when a player reaches or exceeds fifteen points. If the time runs out, the player with the most points is declared the winner. The player that wins two matches is the overall winner for that round.

There are ten playable characters who hail from different countries. Each character has a different amount of power versus speed. Both stats have their pros and cons. During the match, players will charge up a power meter and when it’s full they can unleash their unique power move. Some of these moves are hard to predict and difficult to block!

I like how each of the maps is unique and some of them have movable barriers in the middle that impacts the trajectory of the Frisbee when it bounces off of them. I preferred the maps without the obstacles in the middle. Each map has its own background music and the urban junkyard map has rap background music. The maps all have different color Frisbees for added variety. 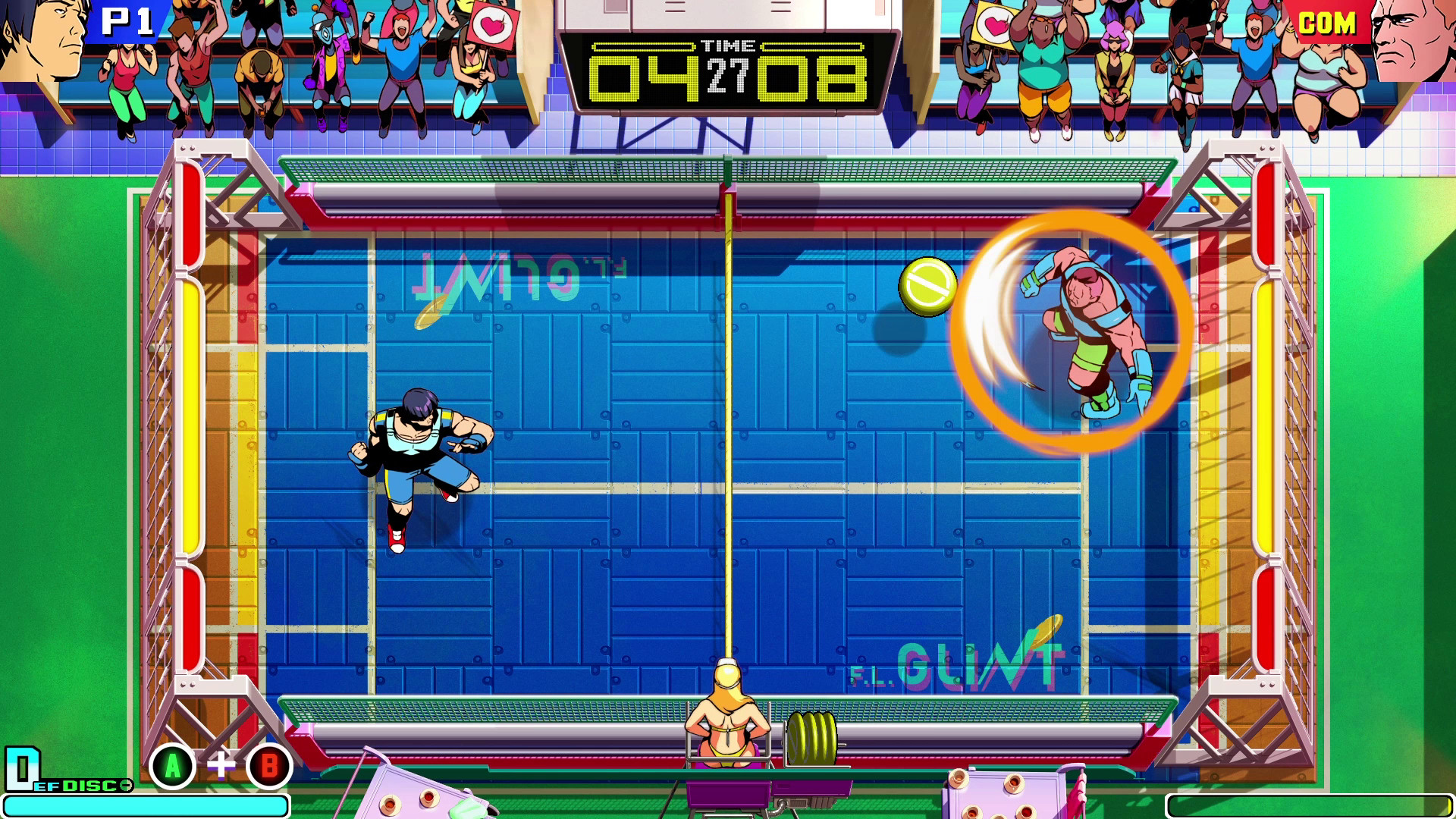 Not that the original game looked bad for its time, but Windjammers 2 overhauls the design of the characters significantly while keeping the levels reminiscent of the first game. I like the comic book art style of the characters.

Windjammers 2 isn't designed to run on Linux, but it is playable. Upon launching the game using Steam's compatibility mode the game will start but will need to be alt+tab'd to display properly. Once the screen issue is fixed, it runs well.

Morally, there is little to complain about in this title. The referee still wears a bikini as shown in the original game. There is some mild sports violence as you can whip an opponent into their own goal with the Frisbee. There’s a Steam achievement for doing this a bunch of times!

If you enjoyed the first Windjammers game, I highly recommend getting the sequel. This is also a great starting point into the series if you enjoy air hockey or Pong style games. Hopefully the online player base stays strong and active.