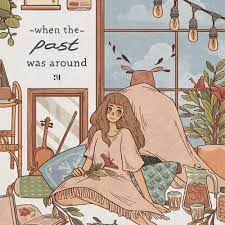 Thank You Toge Productions for providing us with a review code!

When the Past was Around is a story about loss and grief. Many video games tend to avoid those subjects—or at the very least make them a small plot point of the grand narrative. However, this little game by Mojiken and Toge Productions has you confront a heavy subject head-on. It doesn’t gloss over any features. It talks about the good and the bad of loss, and how it affects us.

The story is about Eda and Owl. Eda is a young female, somewhere around her 20s. Owl is an older male with the face of an owl. These two characters fall in love and have a great time together, but Owl’s life is cut short due to an unknown illness. This tragic event shatter’s Eda’s perception of life and she no longer finds joy in many of the things that she once took pleasure in. At Owl’s funeral, she comes across a basement area where a lot of her and Owl’s belongings are stored. She is forced to confront her feelings of the matter by remembering what her relationship meant and reach a resolution.

When the Past was Around is portrayed in hand-drawn 2D artwork, reminiscent of a picture book. The area has a white or black border with the edges drawn in the way that many animation shows use to portray flashbacks. The edges are rough and unclean, which is great. I always liked when media does it as the slight distortion can feel like recalling an event as it won’t be 100% accurate. The character models are clean with nice usage of color and shading. I do wish that the resolution could scale higher than 1080p as the artwork is pleasant to look at. Eda has long flowing hair, complimenting her soft elegant appearance. I also like that Owl has an owl head because putting a human face on him would make it less vague, making it harder to relate in a way. Since no one in real life has an owl for a head, people could picture someone they knew in the space of Owl. I’m sure that was what Mojiken was trying to achieve. 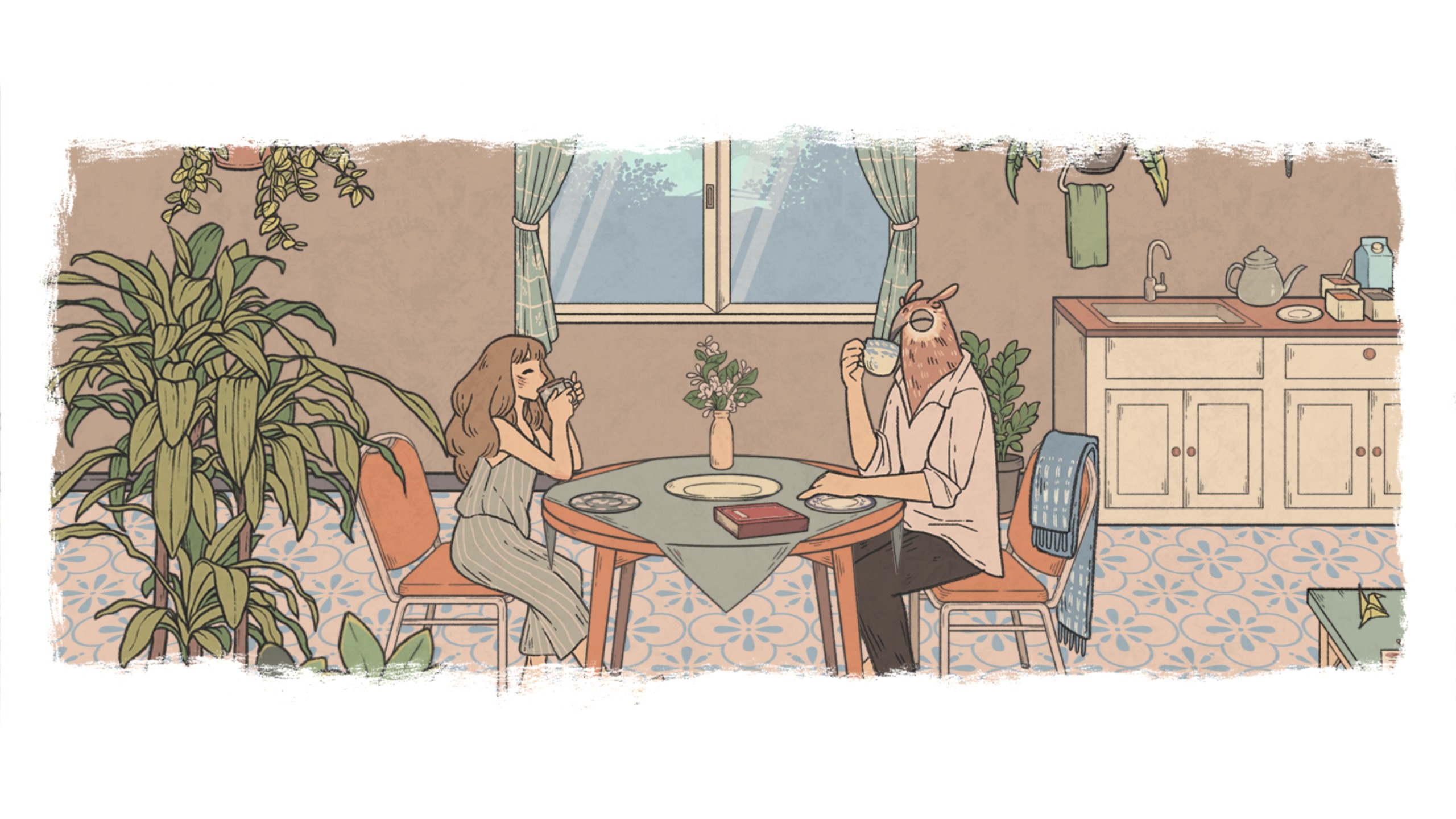 Using a blend of puzzles and adventure, the player is taken through a prologue and five chapters. You’ll have to fulfill certain criteria to move on to the next chapter with each end being signified by a feather. You’ll click with your mouse through the area interacting with certain objects. You can move your mouse to the edges of the screen to scroll sideways or click and hold to rapidly scroll if the former is too slow for you. Opening or interacting with the scenery will sometimes add items to your inventory. These items will often interact with other items. If you ever get stuck, you can use the lightbulb in the top right corner to give you hints as to where you can click. The puzzles are simple at the beginning such as matching a piece with another piece. In later chapters, they’ll get more complicated with having to pay attention to certain surroundings or remembering specific patterns from some time ago. One puzzle in chapter 3 was a bit confusing as it had to do with a box in a bakery and shapes seen later in the chapter but I wasn’t sure how I solved it myself. Other than that one moment, I do like the way that puzzles were used.

Music plays an important part in the game as a good chunk of Eda and Owl’s relationship is built on music. She was lured to him because of his usage of the violin. A violin is often played as the background. Sometimes a piano accompanies it. During the happier moments, the music is softer and more coherent. But when Eda is in the “present”, the music becomes a little more somber. Music notes are also used whenever you click on an object and a reoccurring theme at the end of the chapter is clicking on musical notes. 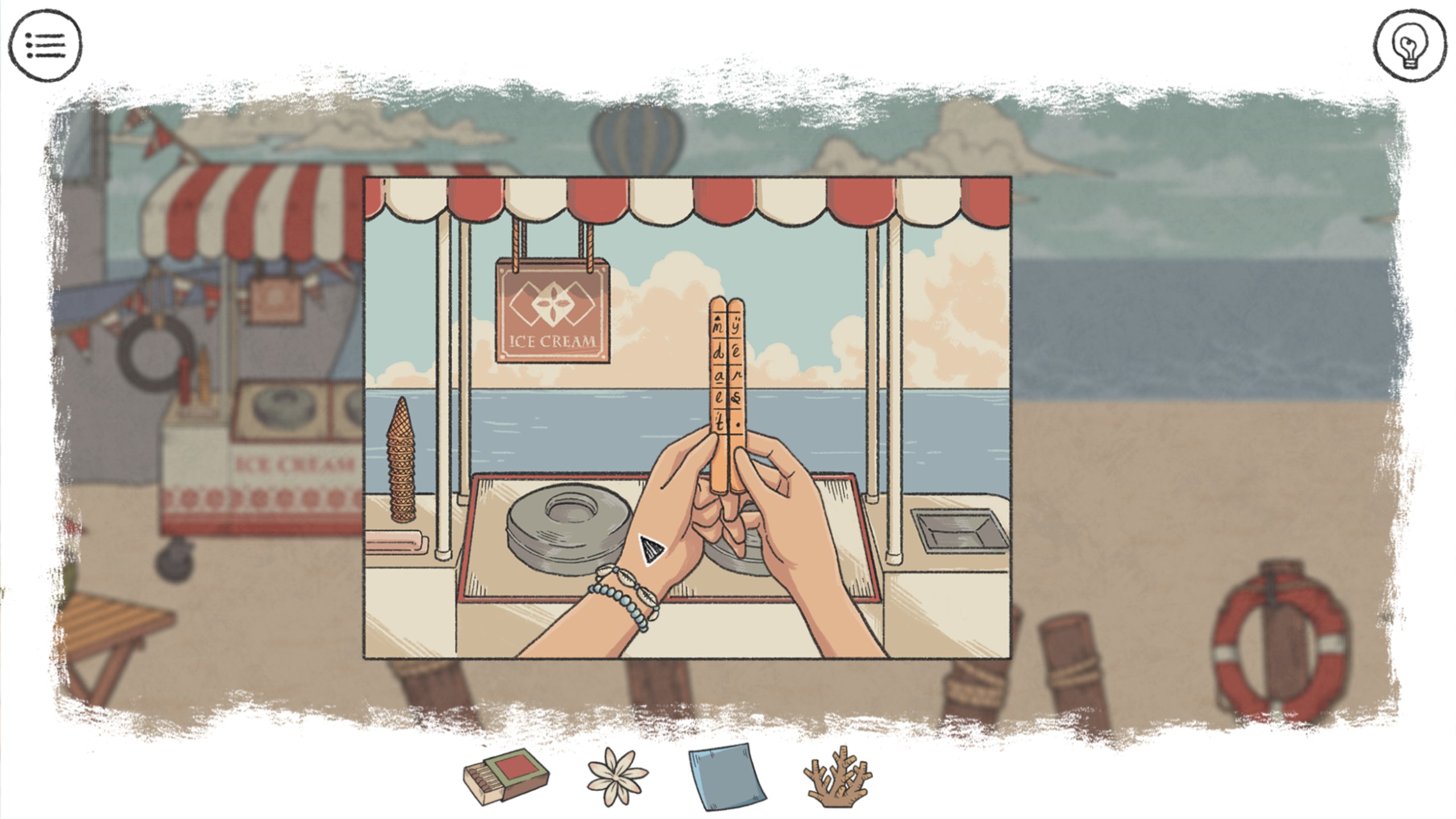 There are no words spoken throughout the entire experience, and the narrative is all through visual representation. It does a great job as there are moments in chapters in which Eda can knock over objects to look through them to find certain items, or can clean up her surroundings. It’s a great way to represent Eda’s state of mind at that event. In the beginning, Owl is a shadowed figure, but as Eda remembers more and more of him, he starts to fill out. Without a single word, the entire story can be understood, which even some stories with millions of words can have trouble with.

Loss and grief are very complicated situations to deal with. Even more complex to accurately and respectfully portray it in a piece of media. When the Past was Around tugs on the heartstrings at plenty of moments. I can see and feel the passion from this work in nearly every aspect. It will take about two hours to play and the only replay value is collecting any achievements you may have missed on the first playthrough. There are no moral concerns to speak of, so it’s a generally safe game to play. Although if you cry easily or have recently dealt with the loss of someone, then maybe not. In my opinion, I don’t believe that a person “gets over” a loss or “moves on” from it. Instead, we come to terms with it. We learn from the experience and use it to learn to enjoy life again. When the Past was Around manages to accomplish that.