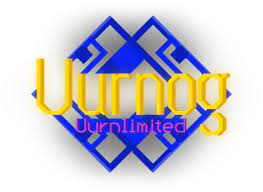 Thanks to Raw Fury for sending us a review code!

Many years ago I came across a quirky platformer called Within A Deep Forest by a developer called Nifflas. It was a high-quality game for a freeware title of its time, offering simple gameplay with minimalist graphics, and a light puzzle element mixed in. Uurnog Uurnlimited is a charming 2017 platform-puzzler from the same person that sees you exploring a silly world to collect all sorts of things.

Uurnog sees you thrown into a small world to explore and find all sorts of goofy creatures. No reason is provided or offered, and you are simply offered an in-game computer screen listing all the animals still needed to complete your quest. There are also two alternative goals that become available later in the game, and the game encourages you to try your hand at collecting trophies and robbing a train.

Gameplay is pretty straightforward platforming. Move around, jump on top of things, go through doors. Many objects in the game are square-shaped; jumping on top of them allows you to pick them up and toss them around, use them, or store them in your inventory for later use. This includes the animals you’re collecting as well as the various robotic enemies. This quirky ability to pick up and use enemies as a weapon ties into the silly aesthetics of the game. Among the other various objects in the game are money, guns, healing hearts, time bombs, manual-trigger bombs, floating blocks, and green tools to activate objects at a distance. 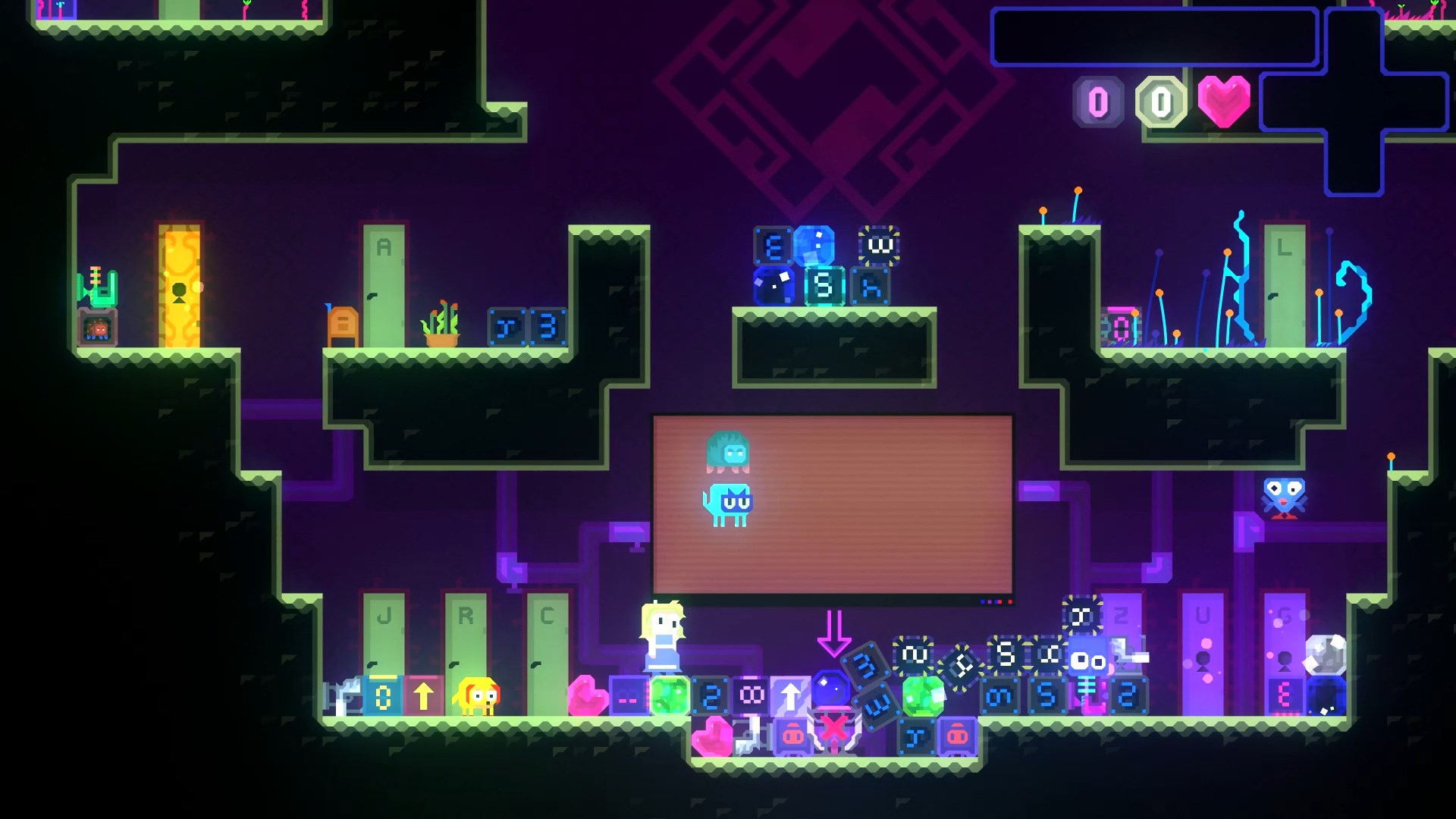 Should you fall down a hole or be killed by enemies, you are returned to the save room and any changes made to the explored areas are reset. The save room acts as a hub world connecting all the other areas. Objects can be brought back from your explorations and stored in the save room for use between deaths, allowing you to easily stockpile all manner of items, and you’ll need them. Almost every item will be needed at some point in your whimsical quest. Death comes easy, but is never frustrating. Money is easy to gather, and most of the tools can be purchased in town or collected fairly quickly in the wilds.

A fair bit of fun is to be had with experimenting with the objects and discovering how they interact with each other. Green face blocks will scare away the otherwise stationary blue face blocks. Storage blocks are immune to deadly lasers. The various weapons have uses besides being mere damage upgrades. In one of my trips to the town I discovered a mysterious object and unwittingly brought it back to the save room, only to discover that it turns everything it contacts into a copy of itself. Losing a large stockpile would be frustrating in most games, but with the light-hearted atmosphere of Uurnog I couldn’t help but laugh and resign myself to a few minutes of cleaning up and then restocking supplies. 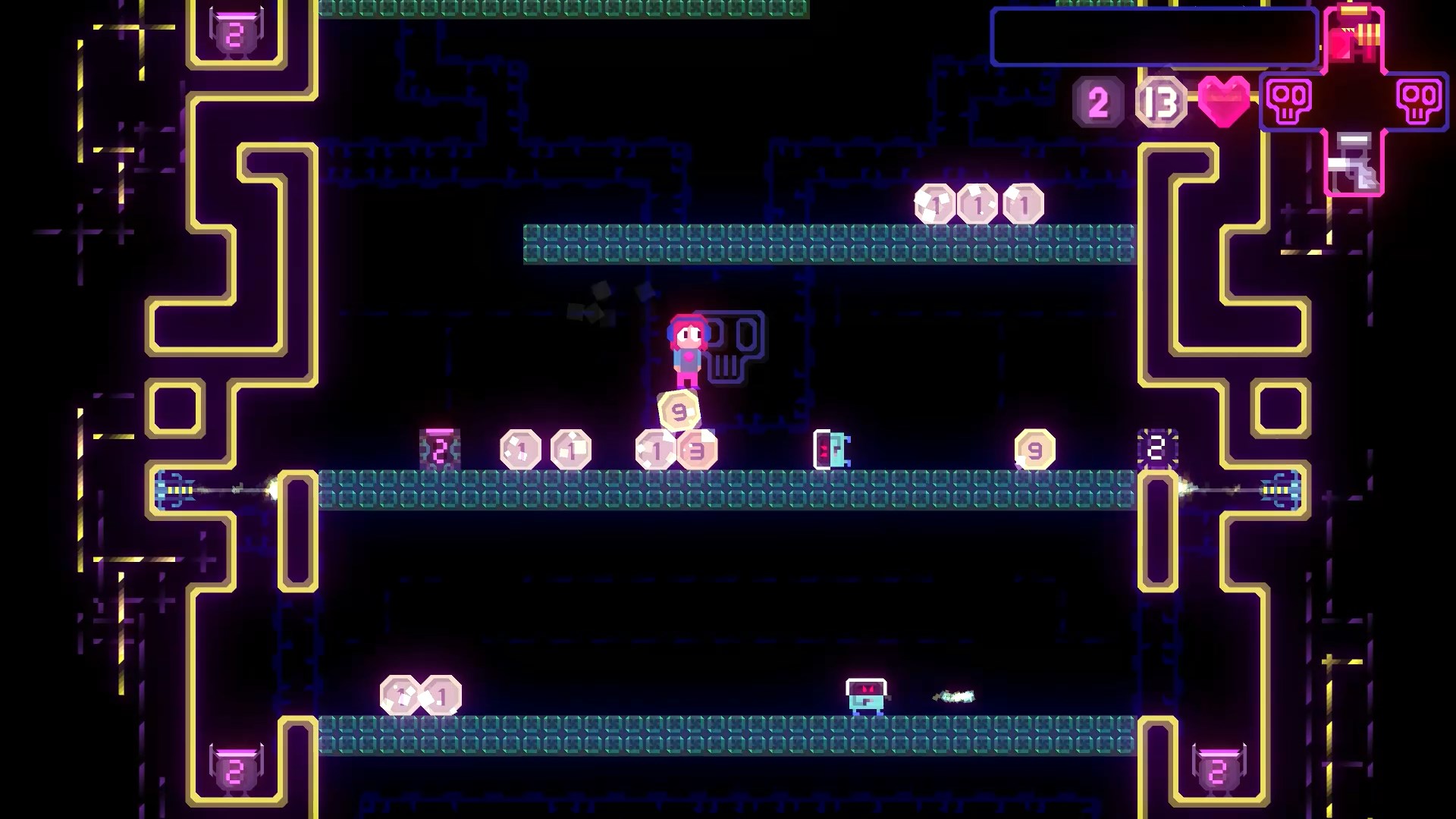 The visual design is very blocky and simple, and very much echoes the artstyle of Nifflas’ previous games. Low-detail is the name of the game, whether it be a cave, forest, town, or mountain. There’s a clear “derpy-ness” here that lends itself to the laid-back whimsy, exemplified by the cock-eyed sprite of some of the character options, and the simple blip sound effects are a natural match for the low-detail sprites. A cosy playfulness in the soundtrack rounds out the light-heartedness in a way that may remind players of Terraria. That mood persists even during the train heist, in spite of a dash of derring-do being injected into the soundtrack.

While there is a modicum of moral concerns, it’s all still very light-hearted in its presentation and easy to pass over. In addition to robots, players can fire at random characters walking about, and the train heist comes with armed guards. Killing them is almost unavoidable, but at least they simply vanish in a puff of smoke as soon as they die. It’s all very video-gamey in a 1970s way.

Uurnog Uurnlimited is sure to delight players for the duration of its five-hour playtime. The violence is hardly a detriment to the easy-going platform-puzzler gameplay. By the time you’re done collecting, you’ll have been quite decently uurntertained.