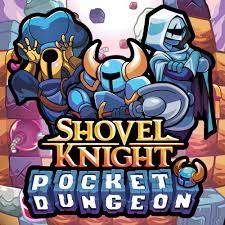 I'd like to thank Yacht Club Games for the review key to this title.

Puzzle games are intended to strain your brain, but good ones tend to be quite fun at doing that. Shovel Knight: Pocket Dungeon is another game in the Shovel Knight franchise that stars the titular character, only placed in a fast-paced puzzle game that is simple, challenging, and fun.

The story is that the titular hero discovers a mysterious box that sends him to another realm that has trapped many others, and he joins up with others trying to escape, using his signature spade to quite literally dig his way out. The gameplay aspect is split between puzzle levels where the player must clear enough of the board before it fills up, and interactive story scenes where you can purchase powerups and talk with other characters for hints. The game is portrayed from a top-down, birds-eye view. The main campaign is a series of levels you must try to beat as fast and efficiently as possible. There are multiplayer modes where the player can cooperate with another in tunneling through trouble as well. 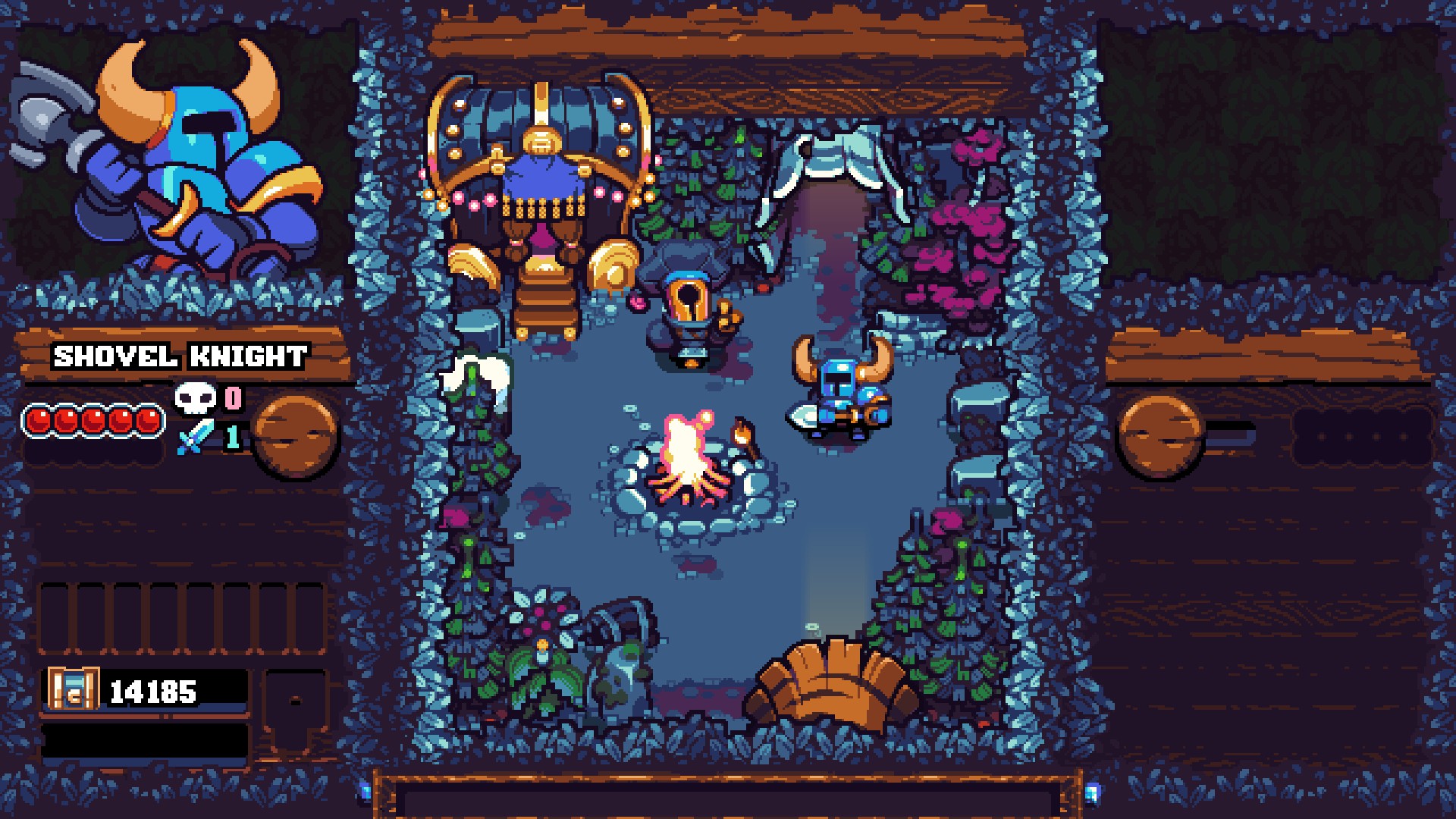 The gameplay plays somewhat like a Match-3 game, except, the more adjacent chains of tile you clear, the greater the bonus. The game uses a score meter that must reach a certain level to make it possible to reach the next level, so having your main character make repeated chains is a vital strategy. If the board fills up faster than you can keep it clear, you lose and are forced to restart.

Graphically, Shovel Knight uses a bold, cute, and very cartoony look. Given the Shovel Knight series is fairly comical, this fits the theme nicely. The game has simple yet charming animations for most characters, and this makes the puzzle sequences almost as fun to watch as they are to play.

The sound is nothing overly special, but the music is simple chiptune music that maintains a peppy beat that fits the frenetic pace of the game like a glove. The game supports both keyboard and mouse and any supported Steam Controller, but given most of the time you are just using directional controls, this is not overly complicated to learn either way. 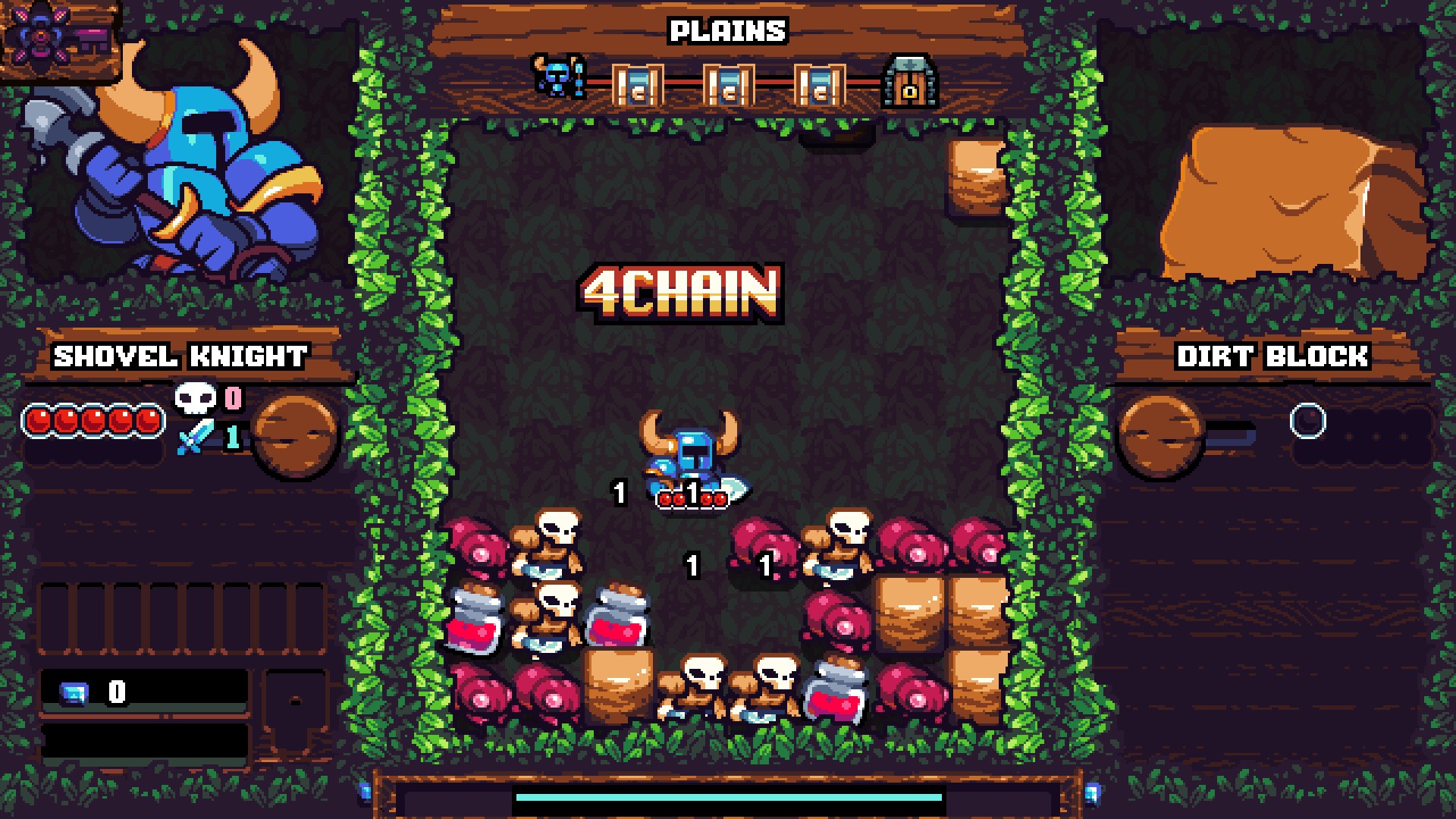 This title has very modest requirements, so very low-spec computers can run it effortlessly. It will run on Linux via Steam Proton very well and is confirmed playable on the Steam Deck as well.

Morally, this has very few issues. There is some cartoony violence, mostly from your character bumping into things to clear them on puzzle levels, with the implication they are getting hit with his shovel. That said, it's all shown as very silly and cartoony. You can "die", complete with a floating angel bubble effect, but you can simply respawn to try again unless the map fills up, in which case you need to restart the map. There are also a few skeleton-like beings depicted.

Shovel Knight: Pocket Dungeon is not a seriously deep game, nor does it try to be. Rather, it's a quick and challenging puzzle game meant for speedrunners and puzzle fans who want to challenge themselves to beat levels as fast as possible. If that sounds interesting, it's worth getting. Aside from incredibly silly cartoon violence, it's suitable for all ages.