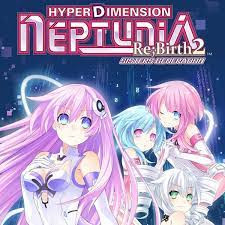 Note: This review is based on the base game content only for the PC version.

First, some background. Rebirth 2 is a remake/reboot of Neptunia mk2 for the PS3. Using a much better engine based on the Neptunia Victory engine, having replaced some licensed characters they could no longer use for others, and having made some tweaks and changes to the script, Rebirth 2 is the modernized reboot of the decent if flawed PS3 version.

The basic story remains the same. The criminal syndicate ASIC (Arfoire Syndicate of Crime) has reduced Gamindustri to a wretched state. Game piracy is at an all-time high, public morality is corrupted, and of all the characters who tried to slay their leaders to restore the peace all were captured, save Nepgear, younger sister of Neptune, ruler of Planeptune. Now, Nepgear must join forces with fellow younger counterparts among the other nations to rescue their older sisters and take down ASIC for good.

Like the original Neptunia mk2, many of the playable characters are representative of various game consoles like Noire (PlayStation), Blanc (Nintendo Wii), and Vert (Xbox 360). Their younger sisters also represent handhelds, like Uni (Sony PSP) and Rom and Ram (the Nintendo DS). Other playable characters are representatives of various game companies, like Cave, Falcom, Tekken, and so on. Even nigh all NPCs are a parody of various franchise characters. Aside from renaming the main villain Magionique (after the Asian CFW Magic flash cart) to Arfoire (after the Western R4 flash cart), the story is identical to the original Japanese version in most particulars.

The gameplay is much like a traditional JRPG. You have visual novel-style scenes that further the story, while dungeons are explored in 3D. There are turn-based battles, though these have Action RPG elements where the player can position themselves to hit more than one enemy on their turn. Specific to the Rebirth games are two mechanics, Shares and the Rebirth System. The former can unlock certain characters and endings if at certain levels during the plot. The latter allows collecting materials dropped from enemies to make all sorts of things, from changing game mechanics to creating new items and unlocking new dungeons to explore. A related mechanic is the "Disc Dev" mechanic, which allows creating "Game Disc" accessories to give your player certain bonuses. 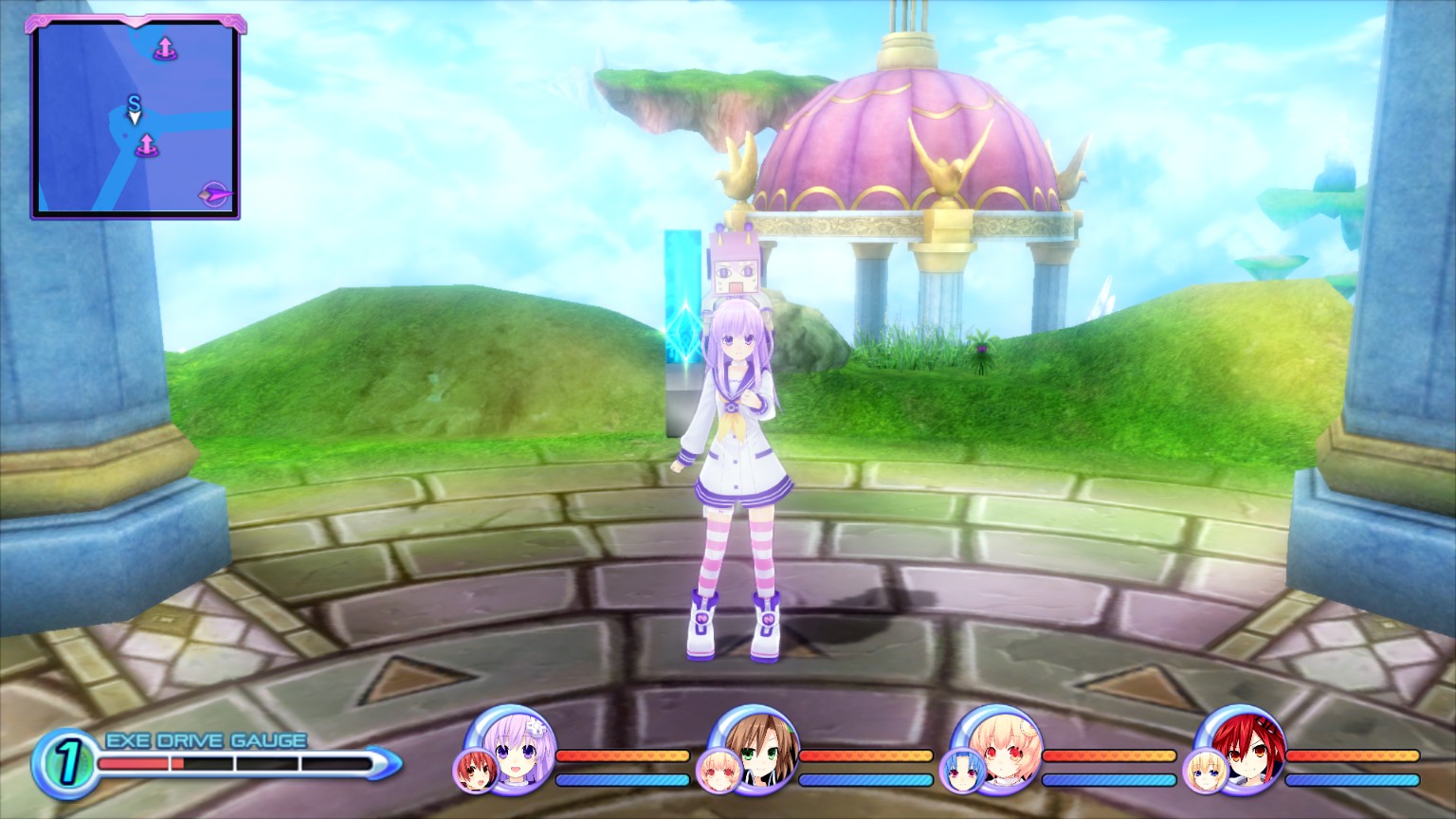 Other unique mechanics are the Lily System/Coupling and the EXE meter. The former allows players to assign playable characters into reserve roles for other party members, unlocking bonus attacks and special skills as their Lily (loyalty) rank increases. This can also affect what endings are possible to get in the later portions of the story. The EXE meter allows a bonus meter to charge based on attacks made by the player, unlocks bonus special attacks at certain points, and enables more damage to be done with regular attacks.

Graphically, the Neptunia franchise tilts firmly in favor of the bright, colorful anime style art, with 2D visual novel style cutscenes and 3D dungeons and characters. A lot of the enemy designs are quite distinctive and even hilarious like dog-faced slimes called Dogoos, walking vegetables, and even some ambulatory visual novel interface screens.

The music is a mix of synth and techno with some instrumental themes as well. Given the lighthearted, gaming industry-centric focus, this mix of genres suits this title well. Sounds effects have a similar theme, with some retro style blips and bleeps at times for that classic gaming feel.

The game can be controlled via the keyboard and mouse or any Steam compatible controller. I highly recommend the latter, as the keyboard, while remappable, is awkward at best and painful to use at worst. It's not very hard to learn the controls, given the game has built-in tutorials, but again, any Steam-supported controller is highly recommended.

Stability is generally good on Windows and it works well on Linux with minor issues like black videos at most. Steam Deck support is not verified at this time, but it should work with a bit of tweaking. The game engine is a bit dated and optimized for consoles, but there are third-party mods to make it look better and fix any limitations of draw distance and render quality.

Morally, there are some concerns for sure. There is a fan patch that changes the script that is worth noting (best paired with the Japanese voice options). While the score will reflect the original official translation release, I shall note any changes the fan patch version makes. On top of reverting the more liberally translated English script back to the Japanese version (which features less use of meme speak for many characters), it also changed up the use of profanity in some instances. 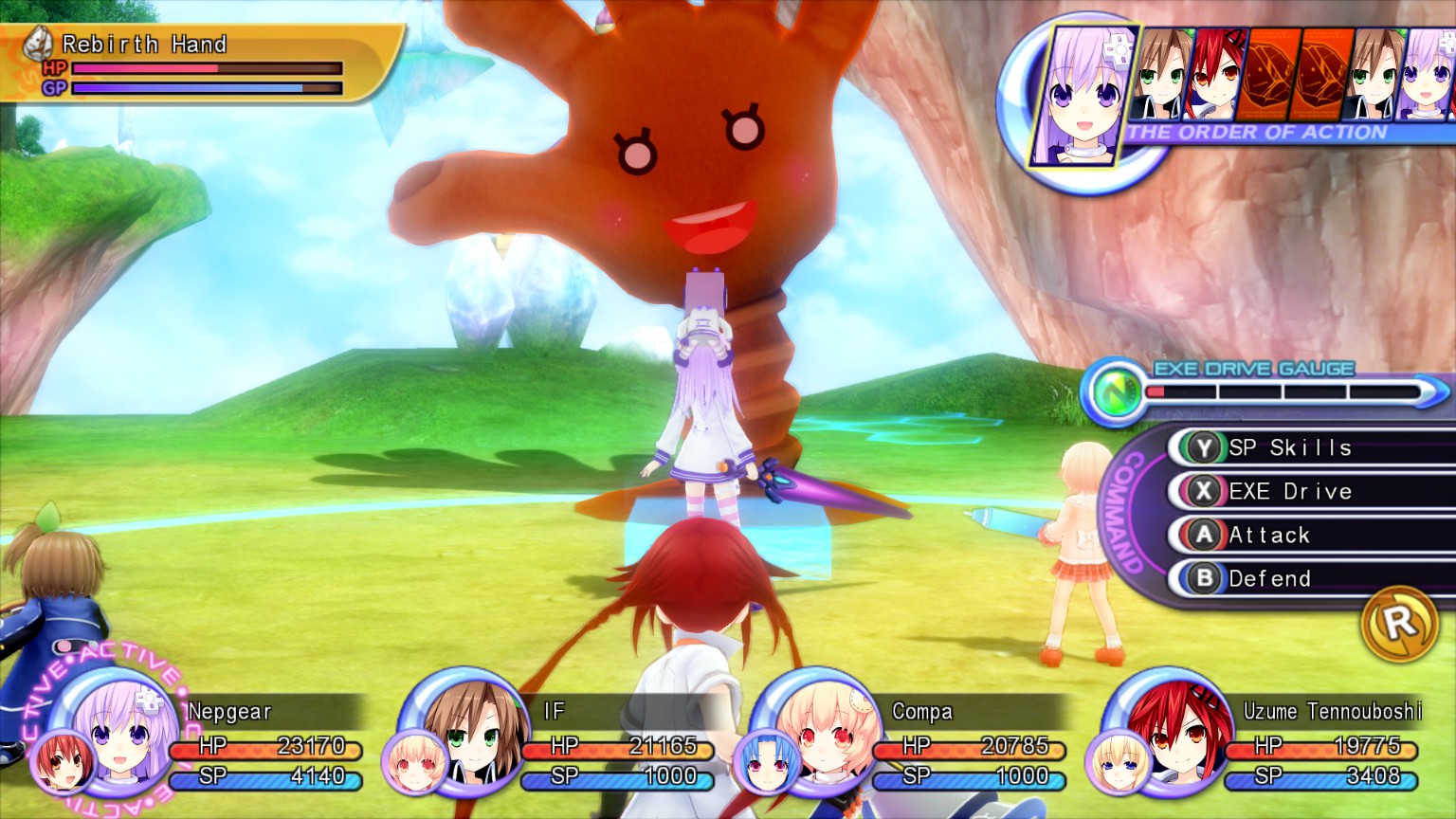 Violence is RPG styled, in the sense of giving orders and watching it happen. The game is generally devoid of blood and gore, though one end certainly implies it. Except for one ending (more on that below), violence is restricted to self-defense.

Language is a tad earthy at times. A few of the more short-tempered characters will mutter some strong language at times, like b****, but that's generally the worst of it. There are also some recurrent jokes about cleavage sizes between a few characters as a running gag. The fan patch does however tone down some of the profanity to be a lot rarer than the official script.

Given the premise, sexual content is inevitable. Some outfits tend towards the exposing, with a fair amount of female skin on display. There is a scene or two showing characters naked with censored areas (i.e. hot springs style), but no actual full-frontal nudity is shown. One villain is an obvious pedophile, though, in both the official translation and fan version (based on the Japanese translation's script), they are roundly condemned as a deviant worthy of contempt. The original PS3 version of the game was so depraved in this regard that it was rated M, the Rebirth versions of the character are rather toned down by contrast. There are a fair amount of jokes involving homosexuality, but most in a mocking or in-joke-like way.

For example, one character is rather open about her desire for a "wifey" harem, with the joke being the character is based on a company that makes harem comedy games, and their comments are not taken seriously and are even rejected at times. Another female character has a romance-like dialogue with the female Xbox representative, with the joke being their name is Japanese slang for a fanatical Xbox fan, with the apparent romantic dialogue a mere visual shorthand for affectionate mockery of Xbox fanatics. This all said, there are some genuine mentions of homosexuality, as one character is an obvious fan of yaoi (male-male romance), though this is typically played off for humor.

Given this game is a satirical parody of the gaming industry, and given the obvious "digital world" aspects of the premise, there are rather few references to actual occult materials. A few enemies are modeled after the undead and demons, though this is mostly done in a cartoonish and parodic style. The playable characters are considered "goddesses" of their respective nations, but espouse no objectionable real-world values in this regard and are obvious representatives of gaming consoles in female form. There is one bad ending with some supernatural references, see below for details.

Morals and ethics are front and center. The plot is about the virtues of gaming culture (honest play, paying for games, good sportsmanship) as opposed to their vices (cheating and piracy especially), with the game in clear favor of the former. The playable characters are either authority figures for their nations or working on their behalf, and are working to restore the order to their world.

There is one deliberate bad ending with a lot of controversial themes, see the spoiler for details

{spoiler}
The Conquest Ending is the ending path the player will get if they deliberately try to avoid the conditions for any other. In this end, the player is forced to murder at least half the playable cast to give power to a magic sword to slay the final boss, and given this involves killing the lawful leaders of all four nations, one's own family, and even children, it's shown to be a terrible act. Further, it's clear even if it did work, whether it was worth it is left an open question, with broad implications this ending wasn't, as it involves the player betraying the morals the game espoused to win.
{/spoiler}

It's worth mentioning the above spoiler ties into an overarching moral of the game that happiness cannot come at the expense of the happiness of others. Much like cheating saps the fun out of honest achievement and piracy harms future game development, even the bad ending underscores the point a victory borne from making others suffer is no victory at all because no one is happy with the result.

Overall, I recommend this game. The engine is a tad dated, but some third-party mods and tweaks can overcome any technical shortcomings. Morally, it's got some issues as well as some redeeming morals, and I recommend the fan patch if you want to have some of the language cleaned up and a more accurate script. I especially recommend getting this on sale, and the game and its DLC often sell for very cheap then.