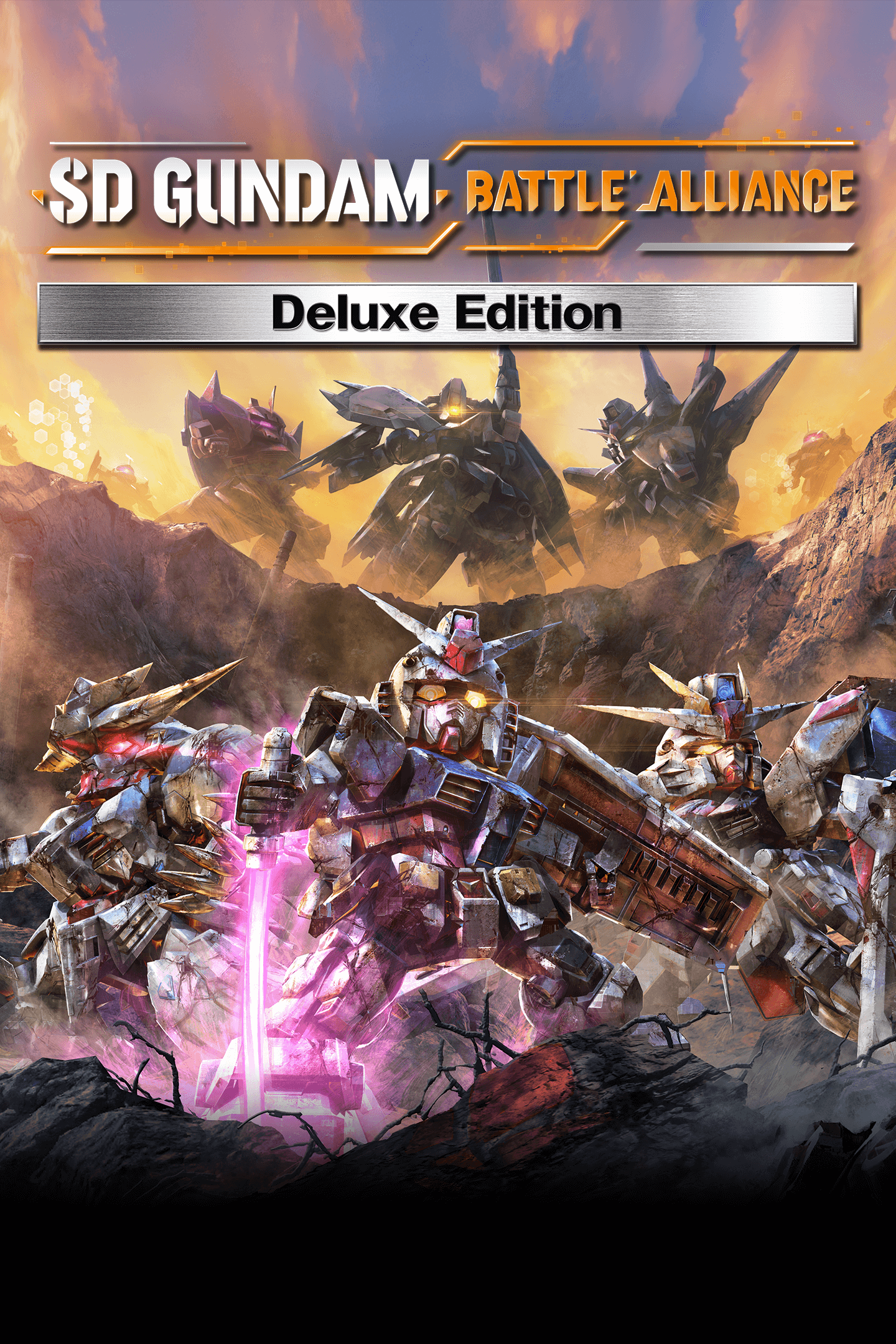 Note: This review is based on the game with the Version 1.1.0 patch, and all base content, and covers the PC Steam version. I would also like to extend my gratitude to my Catholic friend Urban for some vital information mentioned in the moral section of the review.

Sometimes, game developers like to take an established concept and reinvent it for a new generation to keep it fresh. The makers of the SD Gundam franchise thus made SD Gundam Battle Alliance as an action RPG spinoff of their franchise to give the franchise a new look and feel. It's not exactly perfect, feeling a bit sparse in terms of content and design, but overall it's a pretty worthy game in its own right.

You start as a commander of the Gatheroad Squadron of the Earth Federation during the Battle of Odessa (your default name is Alka Adonis, but this can be changed to whatever you prefer), set during the original Mobile Suit Gundam. While your team and operations officer Juno Astartes are en route to assist friendlies, the mission goes disastrously wrong, with enemies never before seen appearing and even people who should be dead being alive. Before it gets too dire, though, you are warped to an extradimensional area called 'Illion Stable". There, the control AI (resembling a human woman in her teens) Sakura Slash informs you that you were taken out of what had become a garbled version of your history. An unknown force corrupted the monitoring functions of the Illion Stable and is attempting to pervert the real histories of the "G-Universe", all universes in which Gundams have appeared, and she requests your help in repairing the damaged histories and preventing further damage.

The gameplay itself is an action RPG with mecha combat. During the intermission, you can assign assist pilots, mechs to use, and parts to equip your machines. The story scenes are visual novel-styled cutscenes that advance the plot that is seen at the beginning of each game level. Earlier played levels can be revisited for unlocking more mechs or for level grinding.

Finally, there is a meta-game to consider, with three types of units: All-Rounders, Sharpshooters, and Infighters. Each type can be particularly useful in certain stages. Further, some stages make beam weapons more useful than ballistic ones, and some make ranged over melee viable and vice versa. Overall, there is a fair degree of depth in your strategy, requiring the player to get used to trying out every option to see what works best to overcome each level. 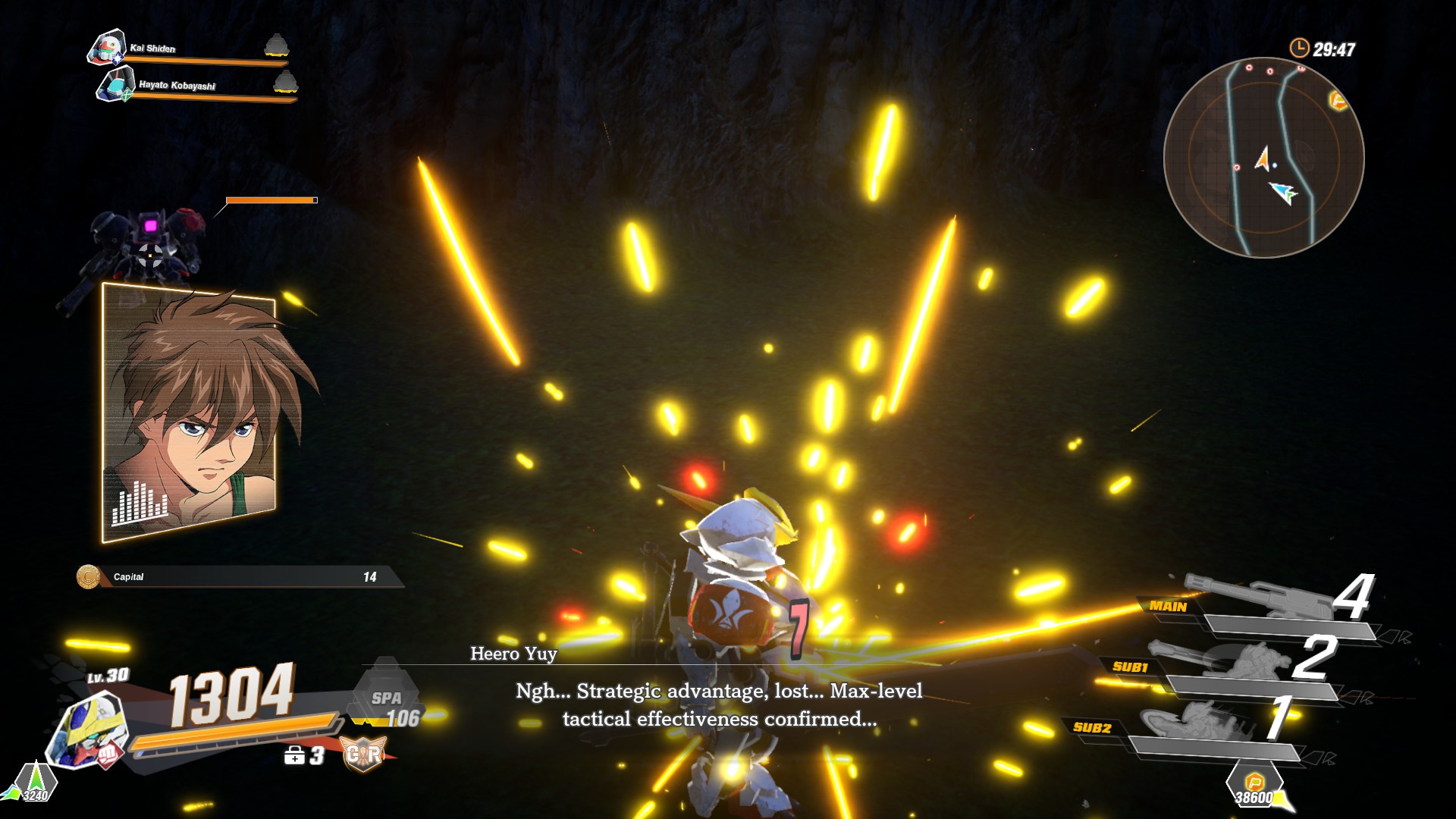 The combat is set in stages that have defined combat areas where the player must achieve certain objectives, defeating some sort of boss at the end in most cases. Bosses can either be "mobile suits" or the much larger "mobile armors", both of which will require specific strategies to overcome.

Levels are also revisited several times during the story. The first time is a "Break" mission, where the real history of the plot of that mission is garbled with appearances from other Gundam shows. The "True" versions of levels are unlocked after completing other Break missions, allowing the correct history to play out as intended. "Chaos" missions, unlocked after a certain point, are special versions of certain stages where rare mechs can be unlocked, which are otherwise hard to acquire in any other way, though these missions tend to be harder to compensate.

The game graphics are rendered in a mix of anime-style art for cutscenes and cel-shaded 3D-modeled areas for combat. The game FPS is fairly low (capped around 30 FPS generally, default to all platforms this game is released on), generally to maintain game stability, as game action can get intense, with very brief frame dips at times. This aside, this looks great with the settings at Medium or better, and while slightly demanding in terms of GPU power, the visuals are pretty good for what you need to make them look good.

The sounds and music are directly culled from all the Gundam properties represented, and some themes have remixes that draw heavily on electronica and synth. Some are pretty good, like the remix of Sasso-taru CHAR (i.e. - Gallant Char in English), others my opinion a bit more mixed on, but the option to upload custom music and reassign music in the game options can mitigate this for tracks the player may not like. The actual quality of the music is quite good, though some music is culled from older SD Gundam titles. Admittedly, they generally picked some of the better tracks to reuse. The game is controlled either by the keyboard, any PC Gamepad compatible with Steam (which I recommend), or the Steam Deck controls if played on that. In all cases, the controls are responsive and functional, and the default key assignments are more than acceptable for the latter two options.

I do have some criticisms that are unavoidable. First, there is no ability to pause the game in levels. Since the single-player and multiplayer share the same basic mechanics, this was likely done to streamline development. Further, levels tend to be rather short. This is annoying in single-player mode should the player need to pause for any reason. Also, while there is a Premium Music DLC (with vocalized versions of in-game instrumental music), it is unavailable in the PC version on Steam. This is mitigated by the ability to import custom music tracks at the discretion of the player, so this is a more minor issue. Finally, this game had a somewhat small development cycle, and aspects of the plot show this, with a very small amount of mechs playable, many relegated to cutscenes only, and certain stories were adapted missing or greatly abbreviating key elements. While it is likely this will improve in any sequels, it will disappoint Gundam fans expecting a lot more on many levels.

Stability I am pleased to say is incredibly solid. The game uses the latest Unreal Engine and is very well optimized, running perfectly on any Windows PC, and able to meet its requirements. It will run on Linux under Proton as well and despite not being confirmed to work on the Steam Deck, it works flawlessly with no needed tweaks on the Deck with native performance. There is an online cooperative element that works well, with up to two other players being able to assist you as opposed to the AI in missions. This is generally well-implemented and works well provided you have a stable connection, though single-player is still completely viable. Local multiplayer, unfortunately, does not seem to be supported. 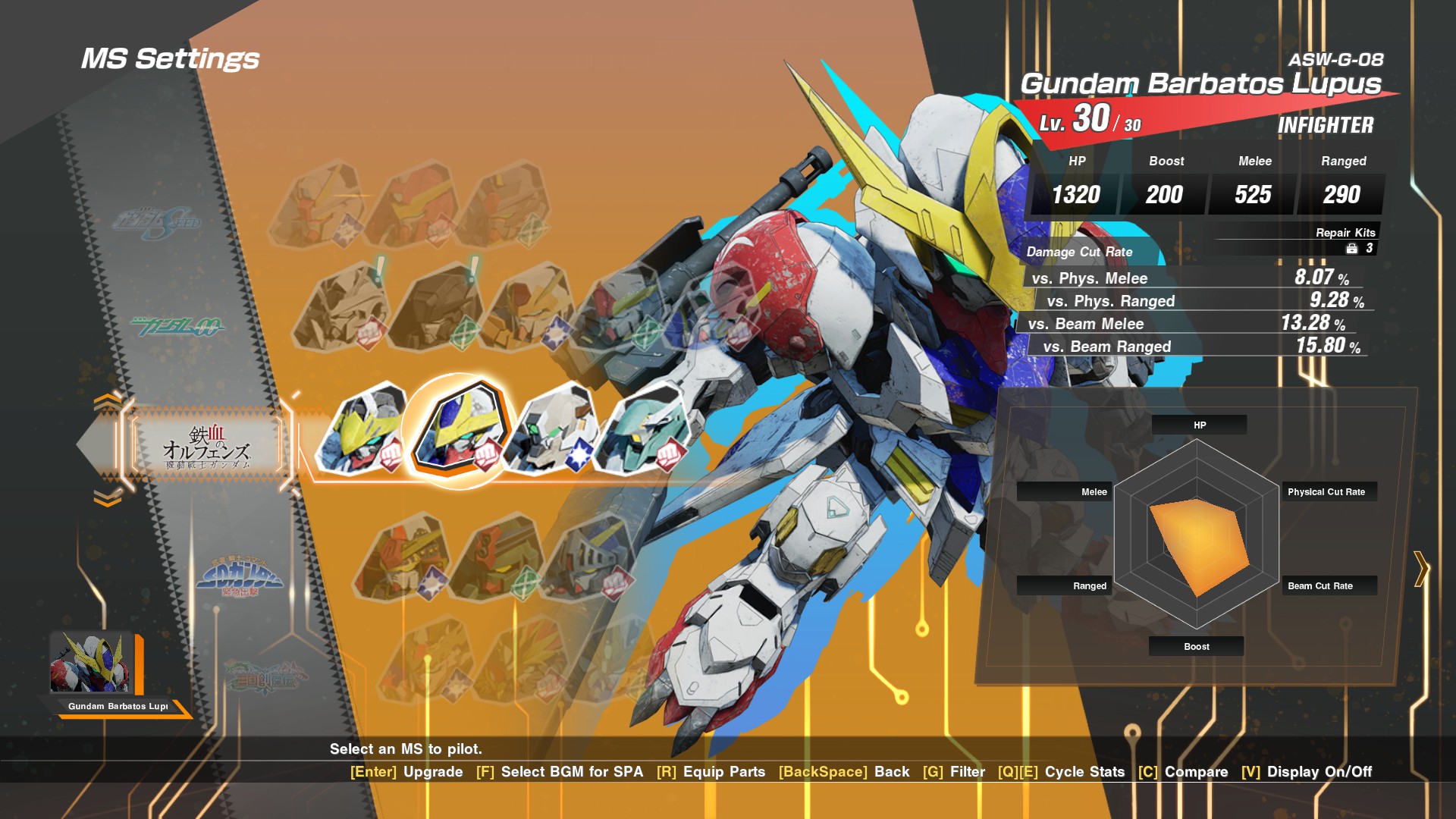 Morally, there are a few concerns with this title.

Violence is depicted as combat between pilotable machines in the context of a "killed or be killed" war. No depictions of gore are shown, though at least one character portrait shows someone with a bloody eye socket, this due to an injury sustained during combat. Otherwise, the remains disappear immediately. Language is generally mild, with the occasional b**t**d and d**m generally being the worst of it. No sexual content is depicted, and all character portraits are shown to be dressed sensibly. There are no crude remarks or sexual innuendo of note either.

The context of the "G-Universe" is set in an explicit sci-fi setting. That said, two Christian concepts are explicitly referenced during the plot, both of which tie into a moral. The first is "Latreia", a term for the adoration of the Christian Trinity, derived from the Latin "latria", about the honor that belongs to God alone. The second is an explicit admonition against the temptation to play God, again in formal reference to the Christian one. In the context of the plot, the villains deem themselves to have the right and authority of God to meddle with the history of the G-Universe for their own purposes (and deserve the same honor one would give God for the same). The game is quite explicit that not only are they wrong, no one, even the heroes, has any right to meddle with such matters. Much like the Bible condemns dabbling in sorcery or mediums, the game frames all the chaos of attempting to tamper with the laws of time and space in the same negative fashion, making clear no mortal person has the wisdom or authority to trifle with the supernatural, no matter how good their intentions.

Morally speaking, your protagonists are working with proper authority over the G-Universe to fix what was meddled with in terms of the fabric of time and space and return it to its proper state. Given they too are victims of the same problems they are trying to fix, no immoral purpose is behind such actions.

Overall, on a technical level, this title feels a bit unfinished and even rushed in spots, but is fully functional, rather fun in short doses, and entirely stable. Morally, it only has a few issues of note, tempered by a laudable moral against the evils of playing God while showing the follies of doing so. This game is certain to appeal to Gundam fans and those who would like to engage in mecha combat action, either alone or with others.