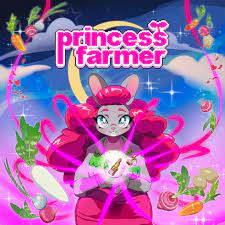 Thank you Whitethorn Games for sending us a review code!

Upon launching Princess Farmer, you can play the nine-part story or launch a quick play session. You can then choose to play single-player or cooperatively. When playing alongside AI helpers, I found that they often got in the way for me. I would assume playing alongside a human you can communicate with would be more enjoyable. The last decision to be made before starting your game is to choose the gameplay style. I opted for the balanced mode over the more competitive spree mode.

Your unnamed female bunny character loves gardening and finds some lipstick in her garden. That night your character is teleported to a new world in her dreams. Apparently, this lipstick of strength has deemed her worthy of becoming the next Princess Farmer to do the bidding of the goddess “Mother Gaia”. Many characters in the game will call you PF for short. When communicating with the characters you have multiple dialogue options ranging from cheerful to skeptical responses. Other characters will often send gifts to your character if they get along with them so it’s in your best interest to be more friendly than sarcastic.

Strong Points: Beautiful pixel art; pleasant music; silly dialogue; co-op gameplay support
Weak Points: Playing with AI helpers is more frustrating than useful
Moral Warnings: Same sex attraction between characters; one of the characters is from a demonic realm; another character is the goddess Gaia; everyone in the credits is listed with their pronouns; omg used throughout the game

The overworld lets you interact with various characters and animals along a dotted path to follow to your next objective. Each of the episodes have several match-3 games with various objectives and restrictions to keep the gameplay fresh. For example, some matches will not accept horizontal, vertical, or diagonal matches. Under normal conditions all three of those methods count. At the end of most episodes, you’ll have to do a match-3 battle against your nemesis.

Like other match-3 games, you have to match three (or more!) identical vegetables to order to clear them off the board. To shuffle them around, your character can pull, carry, and hold onto five vegetables at a time. During the boss battles, you’ll often lose the ability to get rid of a specific vegetable which makes maneuvering around the board more challenging. Throughout the battle the ignored vegetables will change so that’s helpful.

As you play a match-3 game, you’ll see requests and the sooner you compete them all, the level will end. Depending on how long it takes, you’ll be given a ranking of clear, good, great, or perfect. I like how Mother Gaia’s expressions and reactions differ for each ranking. 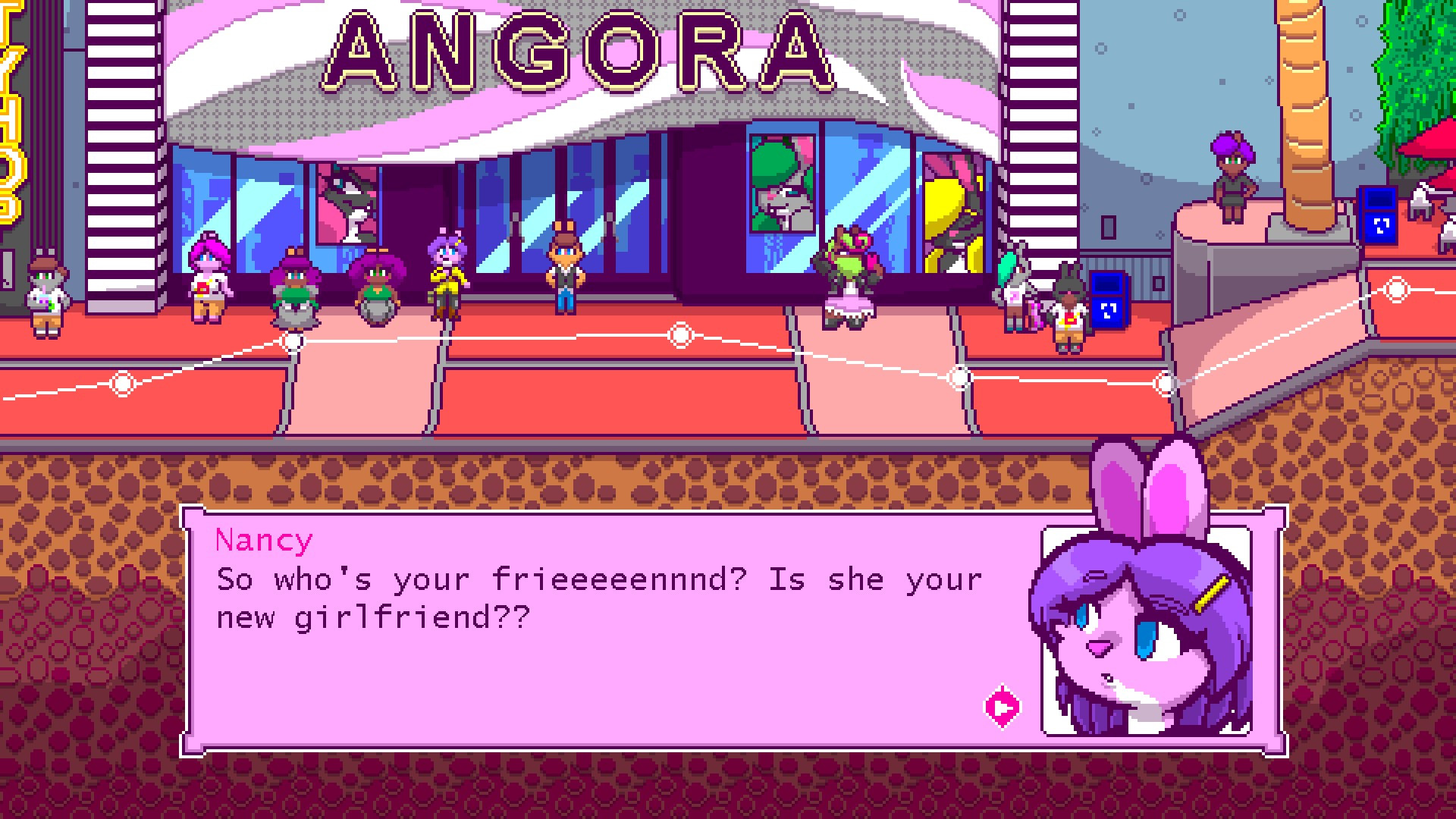 The pixel art visuals are well done in Princess Farmer and the colors are very girly indeed. The team at Samobee consists of a married female couple. Unfortunately, their ideologies carry over into their mostly female cast of characters that can be flirtatious with the protagonist. Upon beating the game, you’ll see the credits scroll and this is the first time I’ve seen pronouns for everyone involved.

The sound effects and background music are good as well. In the beginning, the music is chiptune but gets more complex later in the game. I like the retro feel of the game by using VHS tapes for representing the episodes. The title screen displays this as season one, so perhaps there will be sequel in the future.

Gameplay-wise, there is little to complain about in Princess Farmer. I like that the episodes are short and sweet and makes this a good pick up and play type of game. I’m not one to binge on match-3 games for hours on end. As a Christian, I’m not fond of the LGBTQ+ overtones and it seems like certain dialogue options could evolve relationships past the BFF stage. As for the ending credits, I think pronouns everywhere looks silly. I guess I’m just old-fashioned that way…